The Modders Bringing A Bunch Of Rockstar’s Cities Into GTA: San Andreas

The Grand Theft Auto games’ massive cities are separate from one another. You can’t fly west from the Florida-based Vice City to the LA-inspired Los Santos. But one fan and his small team of modders are trying to make this possible, in GTA: San Andreas.

There are a bunch of fan projects and mods focused on merging different cities of GTA into one map. The OpenIV team, which created one of the most popular modding tools for GTA 4 and GTA 5, were planning on adding Liberty City from GTA 4 into GTA 5. That project was cancelled in early 2017 by Take-Two Interactive and Rockstar Games.

While there are many fan projects trying to create a map containing two or three cities, one fan project is trying to do something more ambitious. GTA Underground is a PC mod for Grand Theft Auto: San Andreas that adds cities from GTA 3 and Vice City, as well as cities found in Manhunt, Manhunt 2, Bully, and even locations made by the mod team. 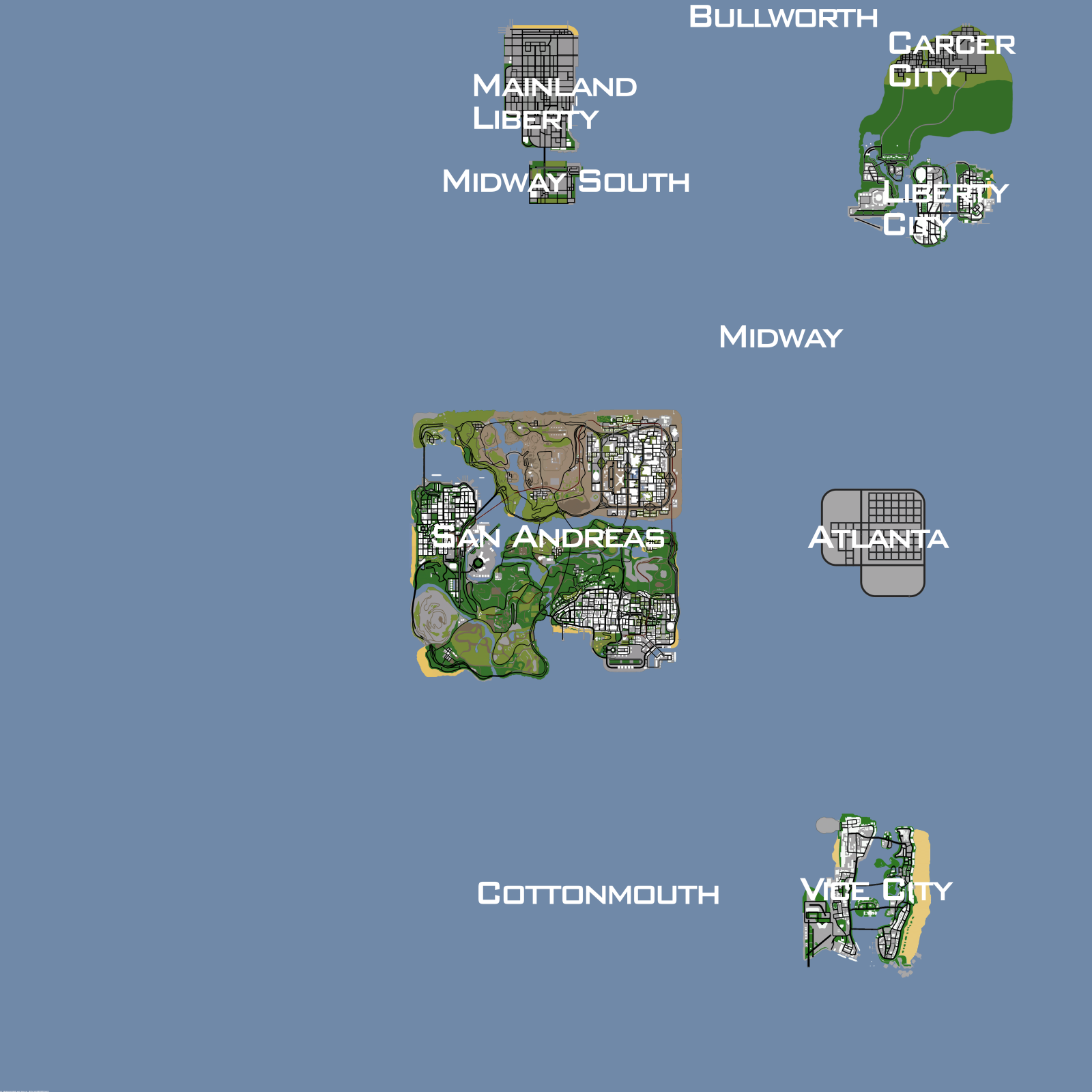 The map of GTA Underground

GTA Underground was started by a modder named Dkluin in 2014, when he was only 14 years old. Now 18, Dkluin leads a team of about 20 modders all over the world who are doing something not even Rockstar has attempted. They ultimately hope to add the entire Rockstar 3D Universe into one giant map that will be playable in GTA: San Andreas.

Being able to travel between cities is something Rockstar Games has wanted to do for some time. In an interview back in December 2012, then Rockstar producer Lezlie Benzies explained that at some point Rockstar wants to create a world containing all the GTA cities.

In GTA: San Andreas there is even a mission that allows players to fly to and explore a very small section of Liberty City.

But while Rockstar is busy building new worlds in games such as the upcoming Red Dead Redemption 2, the GTA Underground team and Dkluin are stitching together their older worlds. 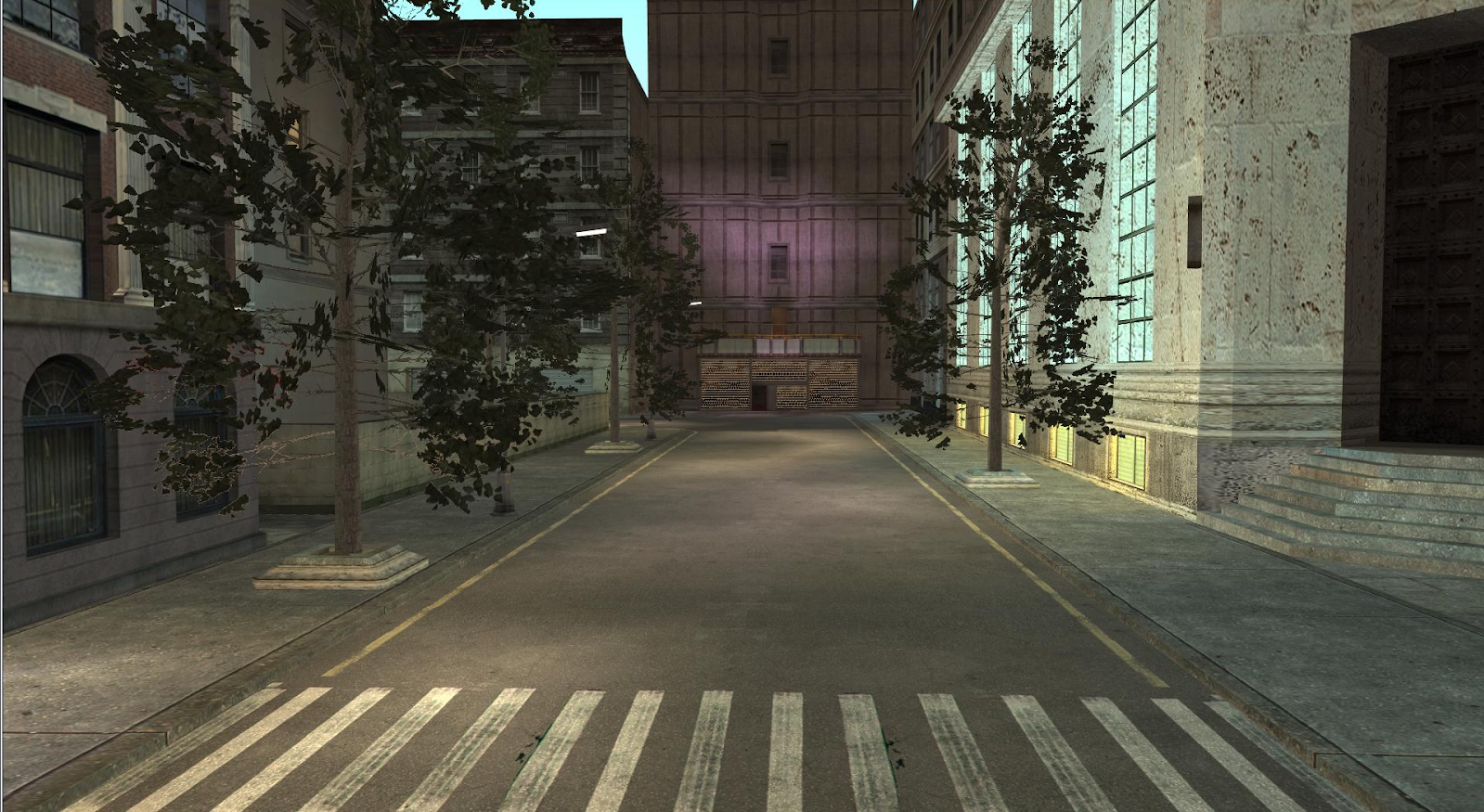 This isn’t just copying and pasting maps into a folder. Dkluin wants GTA Underground’s world to feel cohesive and to be completely playable.

This means that the team has to go into each map and add NPCs, new props, stores, new geometry, AI traffic paths and new roads. All of these elements are added in manually, so the team can make sure they fit perfectly, as if Rockstar games built it themselves.

“It is rather time consuming for us,” said Dkluin via email. “We want everything to be as detailed as it would be if R* were to port the maps.”

For some cities, such as Manhunt’s Carcer City, the challenges are great. Manhunt was a linear stealth game; its levels were never designed to all be connected and part of an open world. Dkluin has to stitch each level together and fill in any gaps. 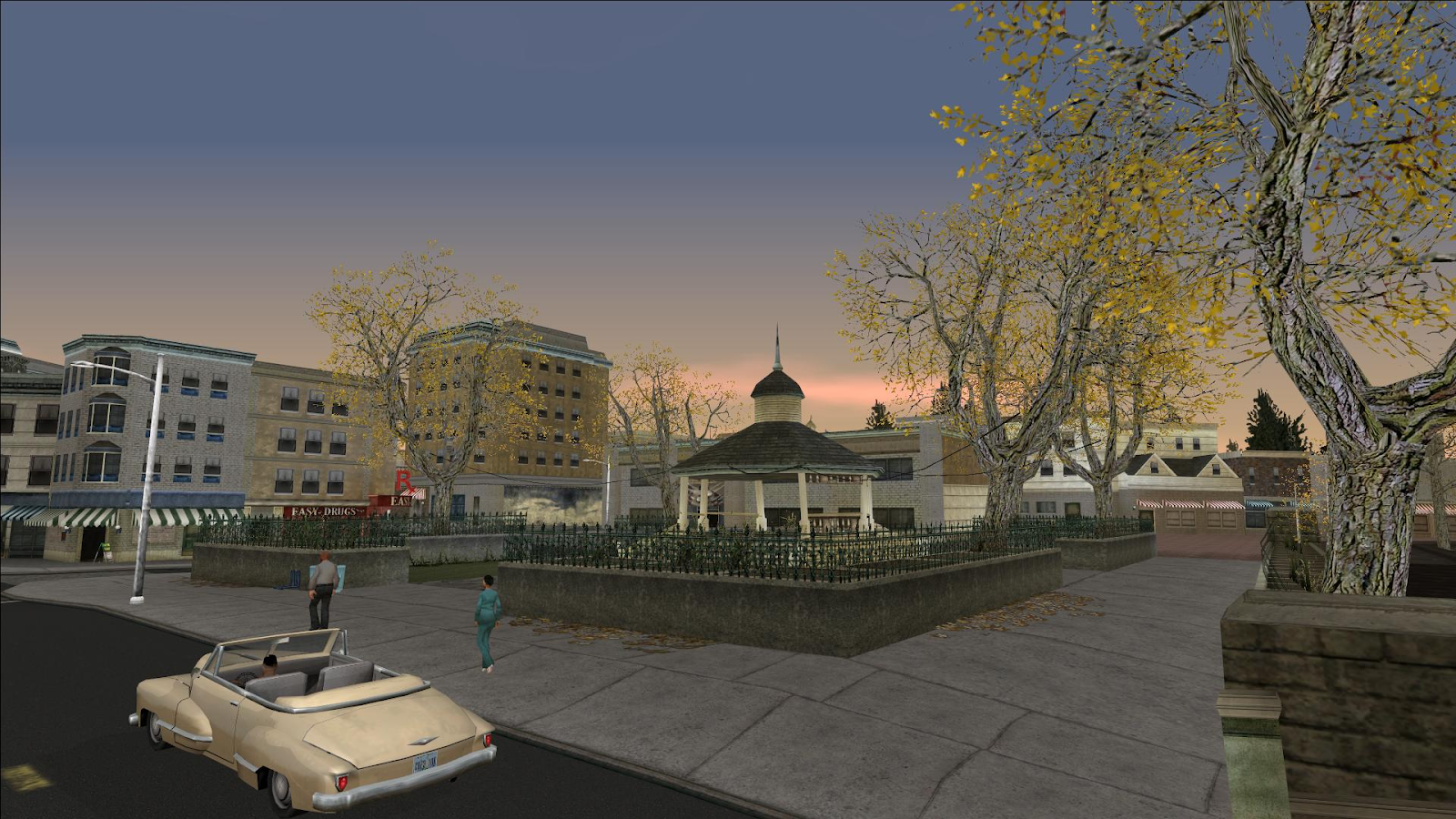 Bullworth as it appears in GTA Underground

Other cities such as Bully’s Bullworth weren’t designed with GTA’s with planes or explosives in mind. Dkluin’s small team also had to modify every single Bully NPC so they would work within Grand Theft Auto: San Andreas. Even the cars you see in Bully, which aren’t drivable, are being modified so that players can steal them, customise them and even blow them up.

All of this is made harder because some games, such as Bully, don’t have a lot of online tools or documentation. Dkluin and his team have had to make many of the tools they use themselves.

Dkluin and his team also plan to add a few custom cities. These include Atlanta parody Atlantis, and Mainland Liberty, a parody of Chicago. These custom-built urban centres are proving to be difficult, and Dkluin said that some of them might not make the final cut.

The main focus of the Underground team currently is getting Carcer City and Bullworth polished and more playable, adding in multiplayer support and improving the lighting across all the cities.

Building an enormous mod that involves numerous different games means a lot of code and assets that were never intended to interact now have to work together in one world. This can lead to some strange bugs and glitches.

One slightly disturbing glitch involves the skin of the player character stretching and growing in strange ways. Dkluin shared an image, a thumbnail for a video, that represents how the bug looks in-game. 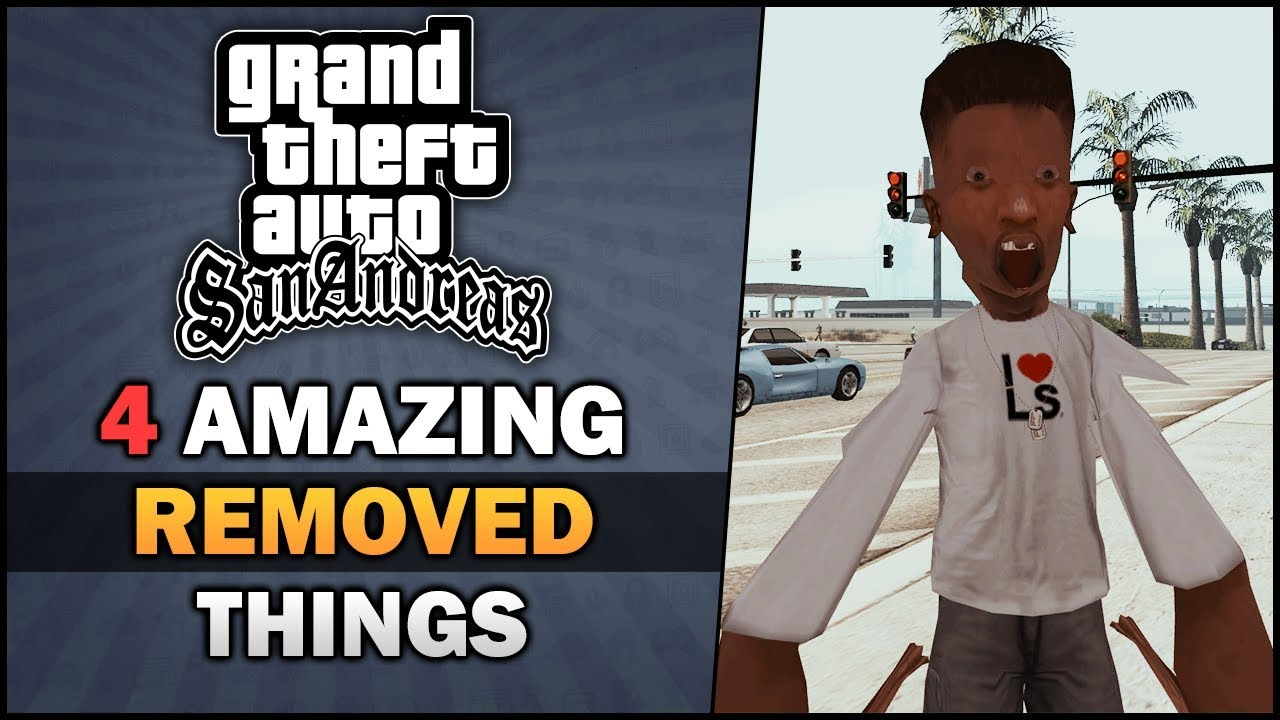 Another bug involves some buildings in Bullworth acting bizarrely. “We still haven’t take care of all the internal object attributes (IDE flags) [in Bullworth],” explained Dkluin. “So you’ll encounter buildings which are affected by in-game wind.” The buildings essentially can move or get tossed around by the weather.

Dkulin explained that these buildings and other bugs will get fixed once their tools become more automated.

Dkluin never expected the mod to get noticed, figuring it would remain “underground forever”. Now he has fans, a custom area of GTA Forums, and a community on YouTube. Despite having a team, Dkluin told me that he is still doing most of the work as the other members of the team only contribute when they can. 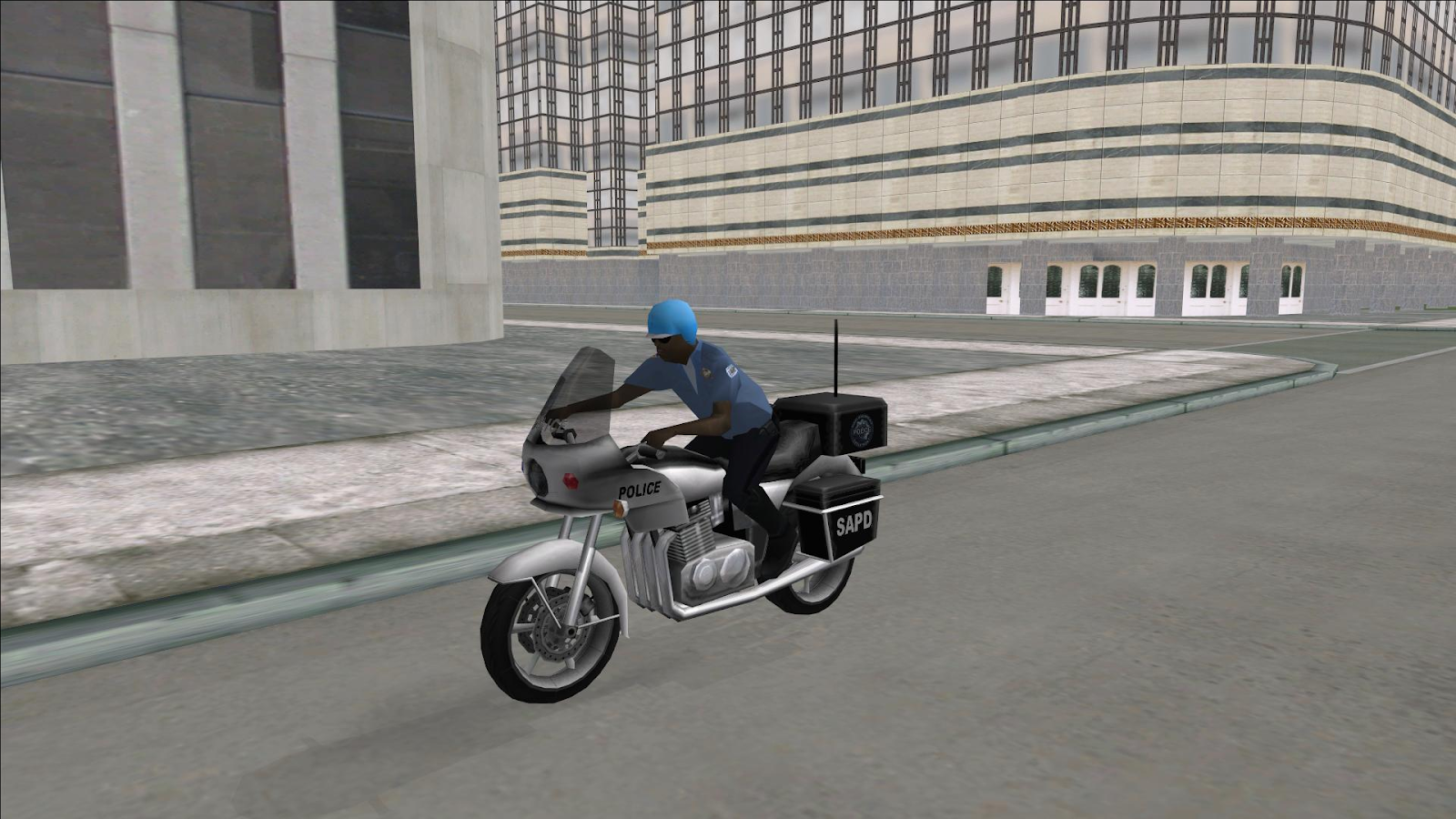 Rockstar hasn’t contacted Dkluin or his team, at least not yet. One fan of the mod did reach out to Lazlow, a radio host and long time contributor to Rockstar games since GTA 3, asking if he could do some voice work for the mod, but was told Lazlow was “very very busy with RDR2”.

Dkluin and his team are working hard on an upcoming beta release, but beyond that plans are still being figured out. For those who are interested in playing GTA Underground before then, you can download the latest snapshot and go fly around the world visiting the different cities of the GTA universe.