The canonical understanding of the Dark Knight is that Bruce Wayne hates guns. This spring, DC Comics is going to introduce a new, evil Batman who doesn’t have that problem. At all. 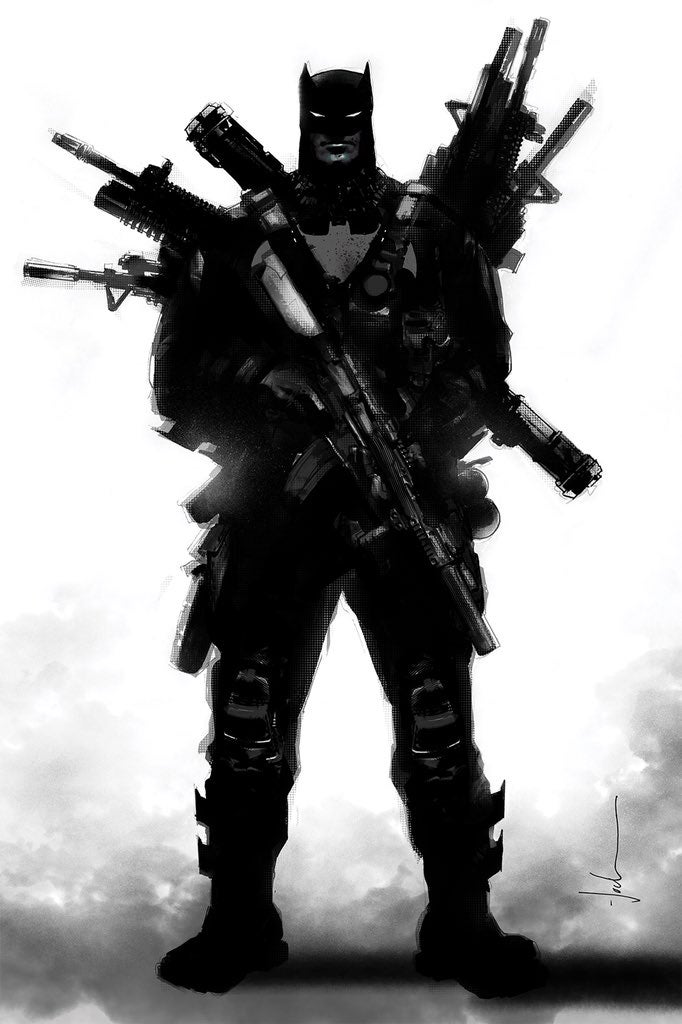 When writer Scott Snyder announced the upcoming Batman Who Laughs miniseries at a Justice League panel today at San Diego Comic-Con, he revealed a new, twisted, alternate-reality version of Batman.

This new darker knight will be working with the title character, who menaced the entire world with a cadre of other evil Bat-people from the dark multiverse in Dark Knights: Metal event.

Snyder said that this character is a version of Bruce Wayne who, right after the death of his parents, picked up the gun that petty criminal Joe Chill dropped. This Bruce Wayne then pointed it at a quivering Chill and pulled the trigger.

Yes, Snyder said, this is Punisher Batman. But he elaborated, saying the difference is that the Punisher is always broke and living out of a van, while this Batman still has all of Bruce Wayne’s wealth, upping his firepower and deadliness to unbelievable levels. As in, doing things such as setting up bombs all over the world.

We’ll learn more about Bat-Punisher, or whatever he’ll be called, when the new Batman Who Laughs series begins this spring.