avatar the last airbenderf.c. yeeio9nickelodeonthe legend of korra
To sign up for our daily newsletter covering the latest news, features and reviews, head HERE. For a running feed of all our stories, follow us on Twitter HERE. Or you can bookmark the Kotaku Australia homepage to visit whenever you need a news fix.

The world of Avatar: The Last Airbender has already expanded beyond the show into comic books. But now it’s heading into the world of YA novels, thanks to a new deal between Nickelodeon and Abrams books — and it’s for an adventure that stretches far back into the mythology of the series with one of the most mysterious figures of legend: Avatar Kyoshi.

Revealed through Entertainment Weekly today, F.C. Yee (with insight from Avatar co-creator Michael Dante DiMartino) will pen a duology covering the life of Avatar Kyoshi, the Earth-Nation Avatar that lived hundreds of years before the events of The Last Airbender.

Aside from being one of the perpetual cycles of Avatars, fans know Kyoshi has an intriguing story to tell because she was actually one of the longest-living humans around in the Avatar universe, having lived to the age of 230.

The Korra continuation comic Turf Wars even revealed that in her long life Kyoshi was openly bisexual, so it’ll be interesting to see if these two novels will explore that aspect of her life as well. 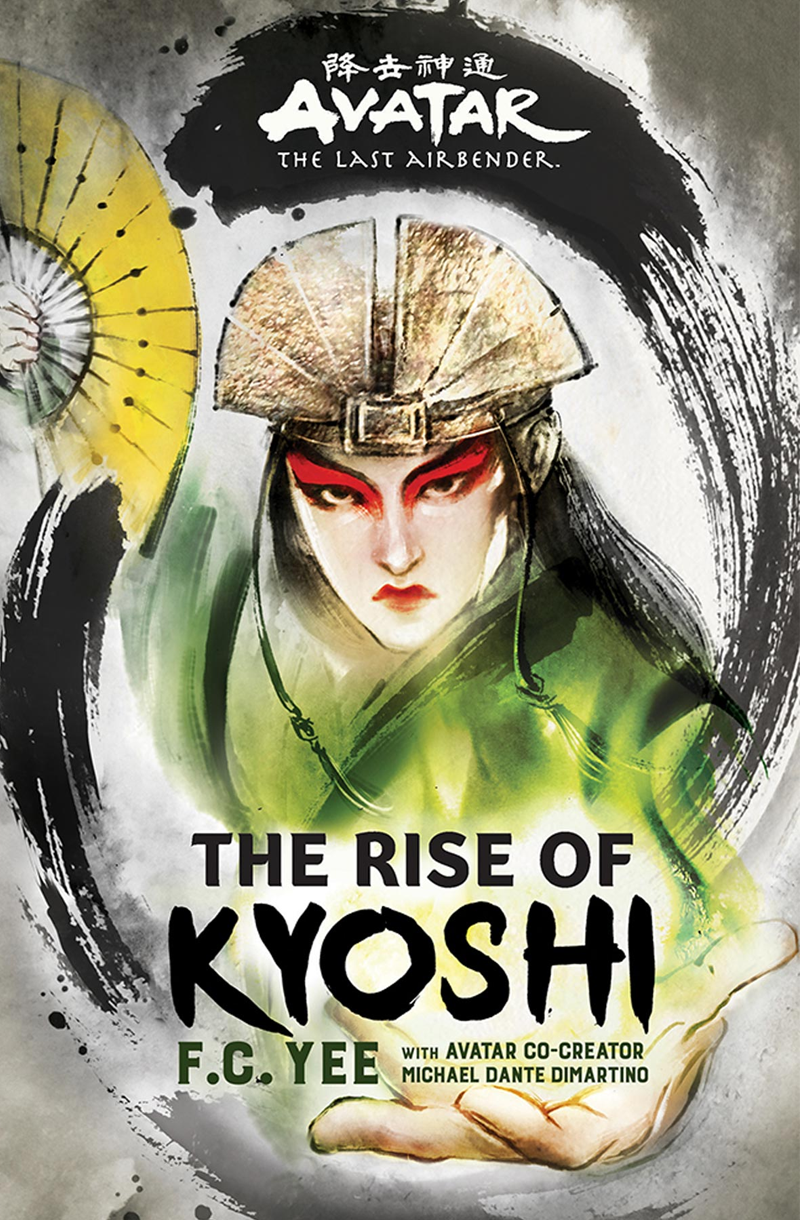 The full cover for The Rise of Kyoshi. (Image: Abrams Books)

The first novel, The Rise of Kyoshi, will cover Kyoshi’s younger days. She helped shape the Earth Nation, founding the sect of female warriors named after her to defend Kyoshi Island, as well as the secretive police of Ba Sing Se, the militaristic Dai Li, which would one day grow corrupt and control the Earth Nation from the shadows before Aang and his friends stopped them.

One out of two military organisations doing OK isn’t that bad of a record, Avatar Kyoshi!

Rise of Kyoshi is set to hit shelves in June 2019, with its untitled follow-up still undated.