Cities: Skylines is a great city-building video game and fans all over the world know it. It is not a hardcore city-planning simulator, but that didn’t stop one town development firm from using a screenshot in their brochure for a potential new town outside of Norfolk in the United Kingdom.

In a wonderful article for the Eastern Daily Press, reporter Jessica Frank-Keyes points out that a top-down shot of the proposed town is simply a screenshot from Cities: Skylines taken from a Reddit thread posted three years ago. 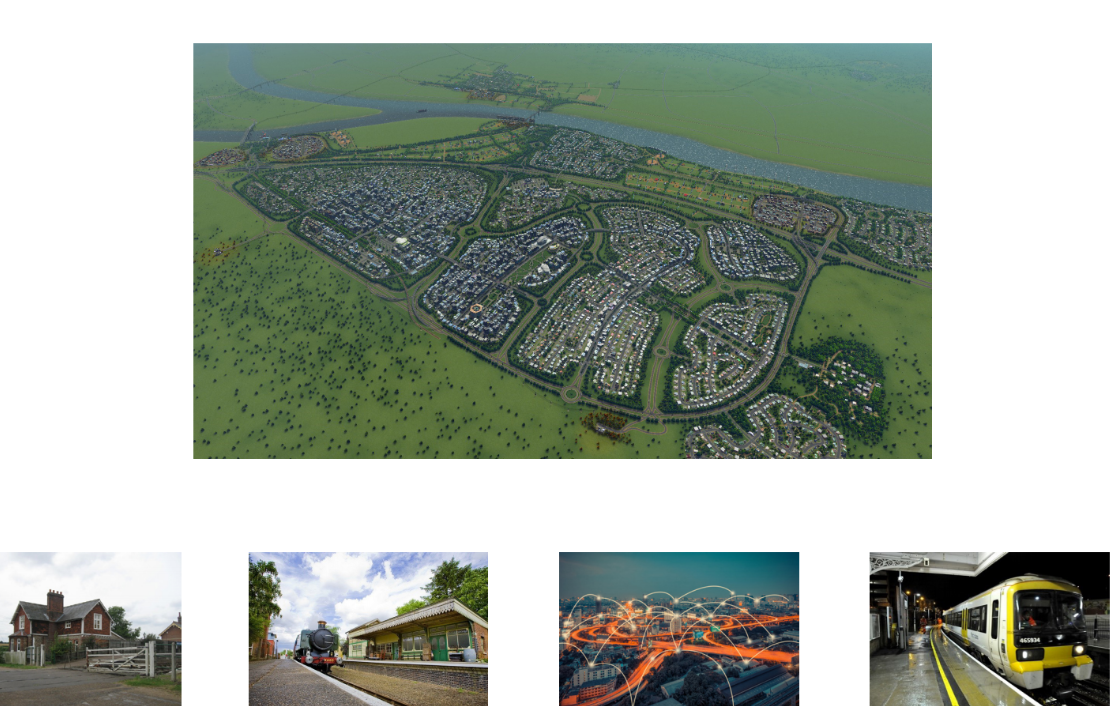 Lanpro)" loading="lazy" > The right side of the brochure featuring the Skylines screenshot. (Image: Lanpro)

The real hero of the article is a source named Matt Carding-Woods, whose eagle eye recognised the Skylines screenshot due to the incinerator at the bottom of the picture. He leveraged this knowledge into a critique of the development project, stating that “for a professional developer to take one of these shots and use it as representative of a real development is just downright lazy. It’s extremely indicative of just how thoughtless Lanpro have been about this entire development”.

It is worth noting that the Skylines image in on the second page of the proposal is sandwiched between a page that features a “sketch masterplan” and a page featuring a “site analysis”. The video game screenshot is not labelled as anything, leaving a reader to assume that it is in some way associated with the images it is in sequence with.

The article has a choice statement from the managing director of Lanpro, who is quoted as saying that there has been “serious use of [Skylines] to model, engage and explain projects”.

City-planning video games are not planning simulations, however, as Daniel Hertz explains quite persuasively in an article for The Atlantic back in 2016. Additionally, one could also assume that lifting images off of Reddit doesn’t have much to do with modelling a real-world project to be built in an actual, non-fictional location.

The Eastern Daily Press piece ends in such a powerful slam dunk move that I cannot help but replicate it here: “The same image was shared on a Pinterest board called City Design Thoughts”.