There are two main ways to talk about games: seriously, and light-heartedly. I like to write about things light-heartedly for a few main reasons: One, I like to make people laugh. Two, I’ve generally found that light-hearted writing makes people attack me less. Three, it’s much more fun to write humour.

But writing about things light-heartedly means that, if I have a serious reaction to a game, or a serious point to make, it’s much harder to do. Comedy is wonderful, and can be used to make a lot of important points—see, for example, Jim Jefferies’ recent piece on diversity in comic books, or Charlie Brooker’s Newswipe—and, being British, I’m used to seeing the world through a weary veil of sarcasm and wit. 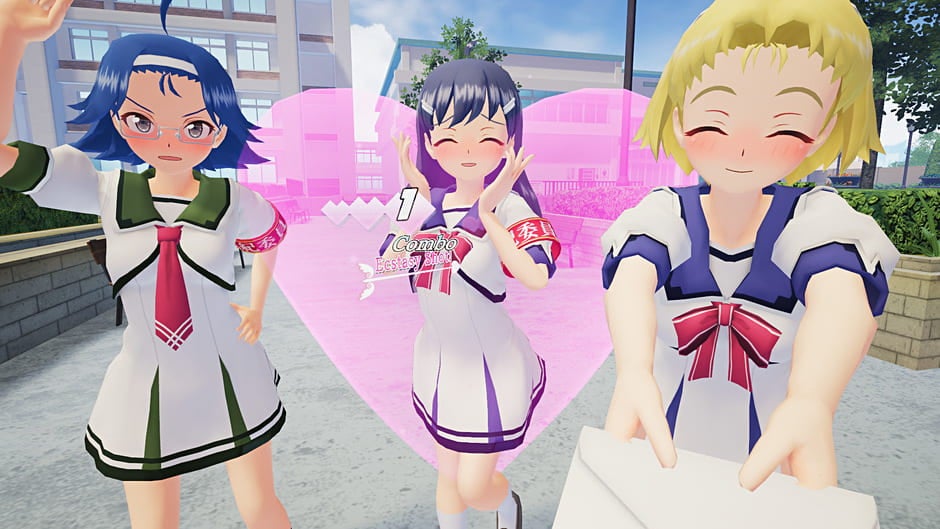 But I am also a woman writing about games, and sex games in particular, which often feels like I’m in a Hall of Mirrors, staring at warped reflections of women that I’m not anything like.

It’s hard to be silly about some things when I’m actually bubbling over with rage and frustration and exhaustion. Recently, I watched Hannah Gadsby’s Nanette, and that was the first time I have ever seen anyone manage to combine such unbridled fury with genuine moments of laughter. It was incongruous. It was painful.

It was, perhaps, awkward for many people in the audience. But it was also real, intimate, and true.

So, Gal Gun 2. It’s a goofy first-person shooter in which you shoot women—not in that way, in a sexy way—to make them fall to their knees in what this game called “Euphoria”. It’s an orgasm in all but name.

As a friendly-yet-incompetent angel explains to you, you’ve been cursed/blessed with the passive ability to make schoolgirls want to grind on you like they’ve got a severe poison ivy rash on their nethers, because some of them have been possessed by demons and it’s the only way to get them.

IT’S THE ONLY WAY. 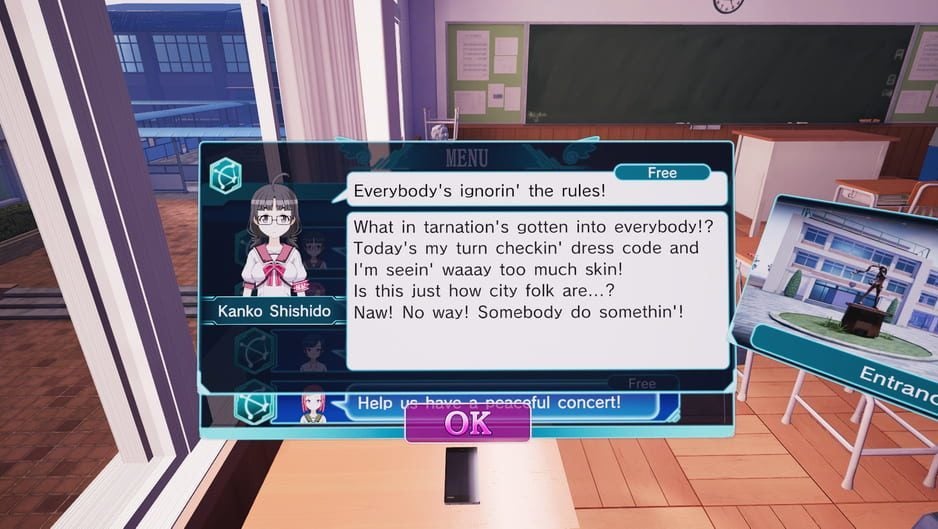 If that’s not strange enough by itself, perhaps you’ll be as shocked as apparently everyone else is to find out that one of the platforms it’s on is the Nintendo Switch, a platform and publisher known primarily for family-friendly games.

But this ain’t your grandma’s Nintendo, oh no! Gone are the days of mere innuendo, of soft, pink heroes sucking up bad boys, or of mustachioed plumbers shirking their plumber duties for a chance to taste a princess’ cake.

This is Nintendo After Dark, now! The kids who played SNES once upon a time are now adults who yearn for raunchy content on their favourite console! We saw Mario’s nipples, and we crave more!

Gal Gun 2 is, by many accounts (the reviews that I read on the internet) a raunchy beast that’s been tamed and declawed. I did not play the original Gal Gun, but apparently it was much sexier and involved a lot more touching, while Gal Gun 2 is much more subdued in that department.

Destructoid’s writer said that it “isn’t perverted enough,” as the original came along “at a time when people across the internet were asking for better representation of women in media,” offering “a reminder that it’s OK to just think girls are sexy.” Not sure if I like how those two things are placed in opposition to one another, but sure.

I’ve played a lot of sexy games for this column, and I have to say that although Gal Gun 2’s content does seem rather tame in comparison to the games where people are frantically poking their dicks in holes like they’re trying to plug a leak, I do think Gal Gun 2 is plenty perverted as-is.

There’s a lot of vacuuming-up-skirts-to-see-panties, and offering to massage a girl just so you can see her panties, and, actually, most things in this game are about seeing a girl’s panties. The shooting part is really just a means to the end, and that end is seeing panties. 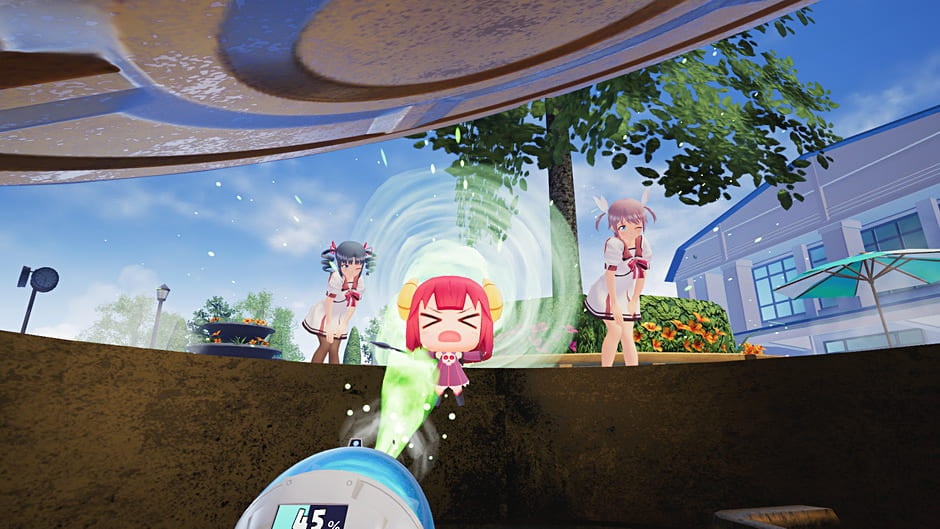 But there is a complicated conversation here to have about whether or not games affect the way people behave, and whether or not it’s harmful to show negative stereotypes of women in games, but the last time I tried that, I had a bunch of men on the internet attack me for those views, so perhaps we’ll save that for another day.

Generally, I’ve found that writing light-hearted or humorously about these issues results in less harassment, but it also feels like I’m hiding my true feelings behind a veil of jokes. Yes, I don’t like being mobbed by people who feel wronged if I so much as suggest that bikini armour is ridiculous, but I’m also a journalist, so I like to be able to have and express my own opinions.

I will say this, though: I don’t want to sit here upon my Kotaku-branded throne, dispensing cruel judgement on popular games or the people who enjoy them. Generally, I believe that as long as you aren’t hurting anyone, and you’re critical and understanding enough about why you like things, and why other people don’t, you can go right ahead and enjoy whatever you like. 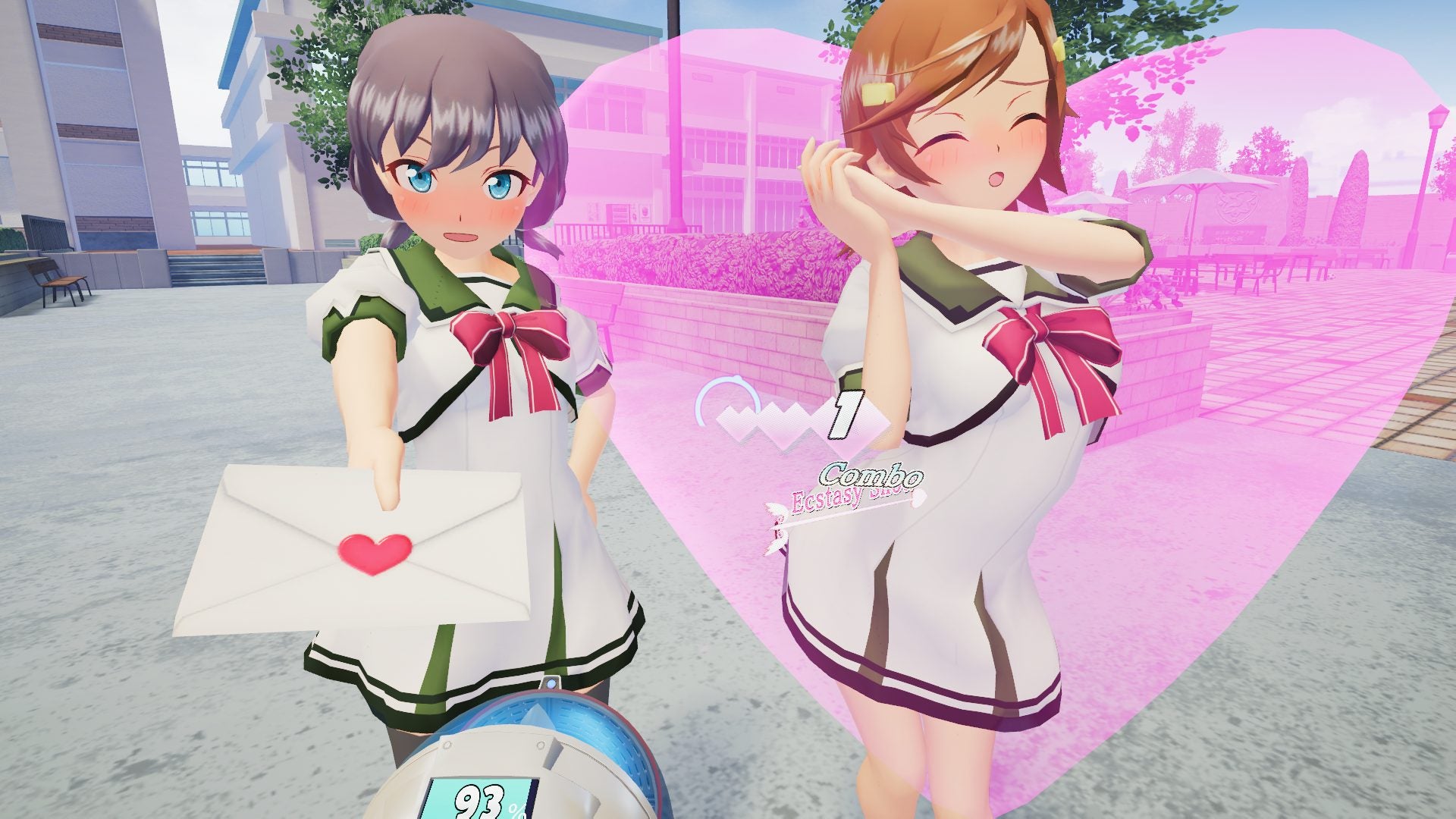 So, Gal Gun 2 is not for me. I don’t personally find its particular type of sexiness appealing, and perhaps more objectively, I don’t really think the shooting is very fun. But everyone has a different sexual background, and different sexual experiences.

I am someone who’s been catcalled, treated as a sex object, and abused for my gender or appearance by people on the internet, so of course my defences are going to be up when it comes to depictions of women in games.

That doesn’t mean I’m more or less right than someone for whom sexual depictions in media are a way to reclaim power, or explore their sexuality. Both these things can be true.

I mentioned in an earlier story that I believe we should hold sex games to a higher standard, for the benefit of the people who love them and the people who don’t.

I think it’s largely fun and relatively harmless to have games like Gal Gun 2, with all its incredibly contrived reasons to see panties, but as someone who was once a 14-year-old schoolgirl who was unwillingly sexualized by catcalling strangers whenever I was in uniform, I hope that people can understand that stereotypes can be harmful as well as fun.