The Lord Of The Rings Studio Wanted To Kill Off One...

Mario’s Supposed To Be Cute, Which Is Why His Nipples Grossed People Out

Few pieces of video game news have upset the internet so much as the recent revelations that Luigi has a penis bulge and Mario has nipples.

On September 13 of last year, in the runup to the release of Super Mario Odyssey, Nintendo distributed a screenshot of a bathing-suit-clad Mario, in which its mascot character’s nipples were visible. Over the two days that followed, the social intelligence company Brandwatch counted 27,250 instances of the words “shirtless,” “nipples,” and “topless” alongside “Mario,” a rate of about 4000 Tweets an hour.

The mentions ranged from amusement to fascination to all-caps, abject horror: “NOOOOO MARIO ISN’T SUPPOSED TO BE SHIRTLESS” read one Tweet. “MARIO HAS NIPPLES AND IDK WHAT TO DO,” read another.

The response was so strong that Odyssey‘s producer Yoshiaki Koizumi eventually had to weigh in on the controversy in a video. “To be perfectly honest, I didn’t really expect that to be a topic,” he said, but then deflected the conversation to why Mario didn’t also have a visible belly button, artfully avoiding having to say “nipple.”

It’s all tied in to the notion of cuteness in Japan, or kawaisa, which has its own set of rules — and is big business, besides.

It’s no big stretch to say that the original cute video game mascot was Pac-Man, another Japanese creation. His design wasn’t nearly as complicated as Mario’s, and lent no opportunity for nipples. Pac-Man manages to be adorable even though all he is is a yellow circle with a mouth. Even the story of his name is cute — Pac-Man derives from the Japanese onomatopoeia “paku-paku,” the sound of voraciously chomping away on your food.

Pac-Man’s designer, Toru Iwatani, has said that he designed Pac-Man to look like a kawaii character in order to appeal to as many people as possible — especially women. And it worked. Pac-Man quickly became more than just an on-screen avatar — his popularity grew to the status of a true cultural icon, and his image could be easily merchandised onto toys, clothes, and games, earning Namco money from far more than just the game itself.

And so Pac-Man paved the way for later video game characters like Mario — especially in his cute design. 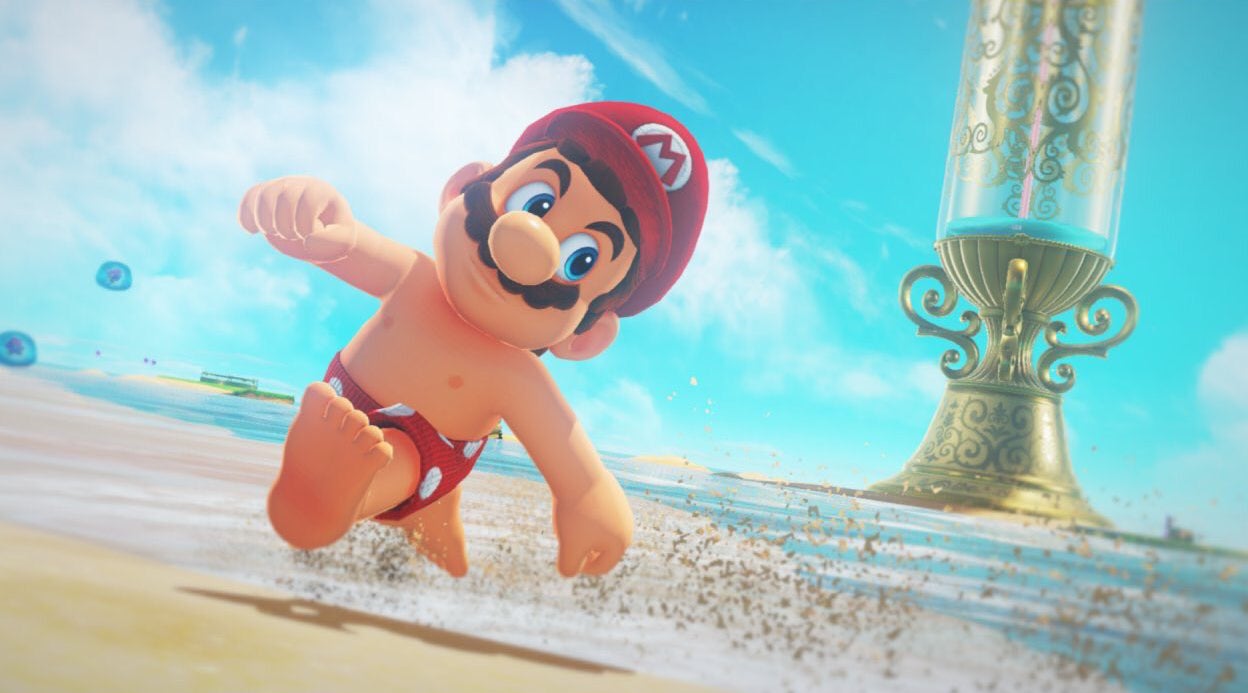 Mario’s cuteness is tied closely to the history of Nintendo’s corporate brand. After ending its gangster business dealings and becoming a children’s toy and game company, Nintendo began to carefully cultivate a squeaky-clean, family-friendly image. One of the many ways the company sought to do this was through its mascot, Mario — a fascinating and, if you think about it too hard, disturbing bundle of contradictions.

Nintendo’s hero, designed by Shigeru Miyamoto for Donkey Kong, is an asexual, childlike, adorable-looking superhuman Italian plumber who lives in Brooklyn with his brother. He’s the antithesis of Sega’s bratty, sassy Sonic or the typically uber-masculine American hero. Mario is a babbling baby (“Whoo-hoo!” “Here we go!”) trapped in the body of an adult.

Except even his body isn’t the body of an adult. You’ll notice that over the years, depictions of Mario have grown increasingly caricaturish and adorable, and that one of the most obvious ways in which Mario is babified is his height. From his first appearance in the arcade game Donkey Kong, Mario has been smaller than almost everybody — the monsters he fights, yes, but even the damsels he rescues. In the Mario Bros. arcade game, Mario is about the same height as the turtles spewing from the pipes.

In the first few console games in the series, Mario could be as tall as Princess Peach, but only if he artificially enhances himself with a Super Mushroom first. Mario takes a dramatic turn for the shorter in Super Mario 64, when he is permanently about half the princess’s height and she has to fully bend down to kiss him on the nose. When she follows this up by baking him a cake to thank him for rescuing her, the relationship seems more like one of a mother caring for her little child.

Charles Martinet, who has provided Mario’s voice since Super Mario 64, capitalised perfectly on this babified side of the character in his first audition for the part. Instead of using the stereotypically gruff, Italian-accented Brooklyn plumber voice that Captain Lou Albano delivered in the Super Mario cartoons, Martinet opted for the high-pitched, Disney-esque voice that we all know as Mario today. 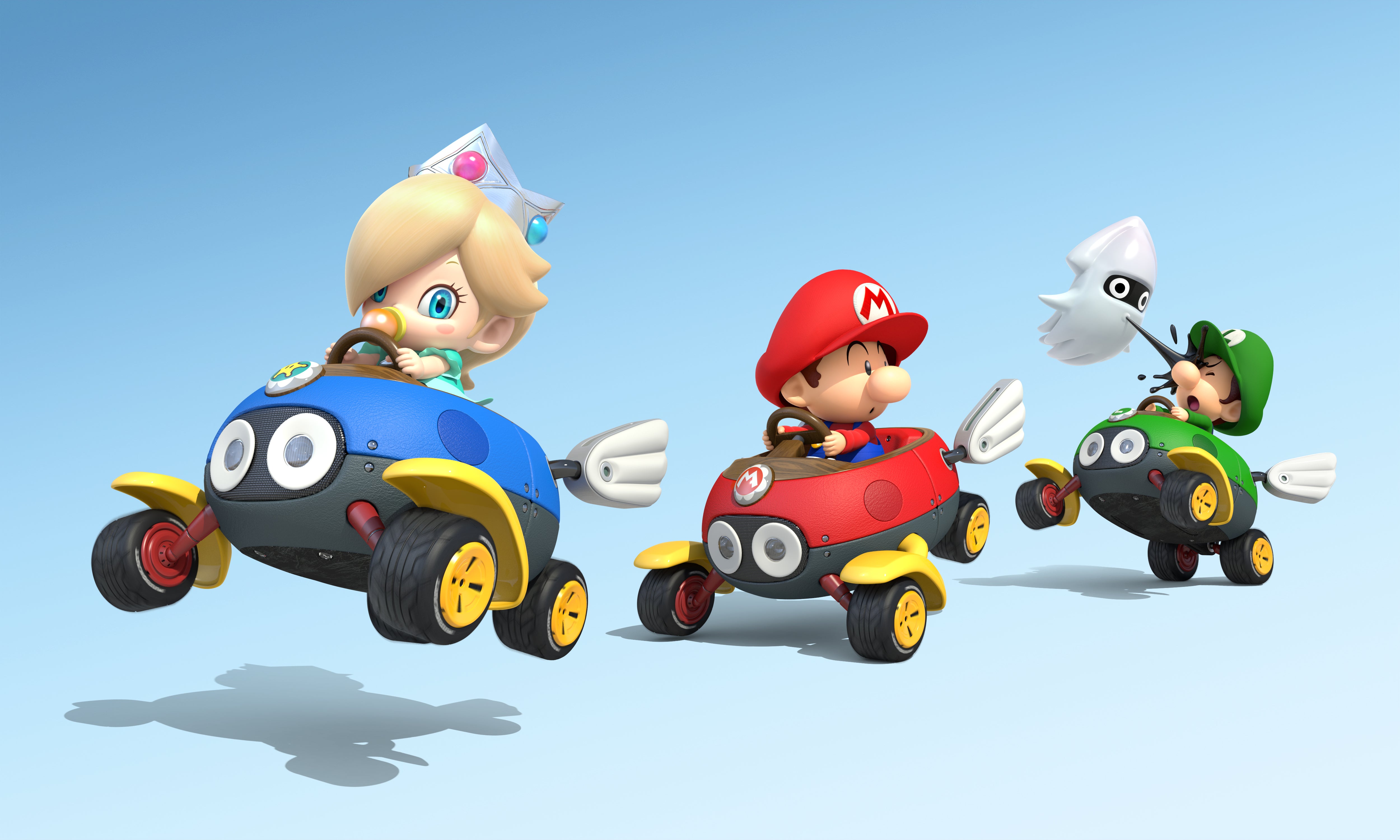 In Yoshi’s Island, the sequel to Super Mario World, Mario actually becomes a baby — and the baby version of Mario grew to be so popular that he later made reprisals in Mario Kart games, timelines be damned. Yoshi’s Island came out in the heyday of kids’ TV shows like Rugrats and Tiny Toons that glorified the innocent adventuring of infants and toddlers. But Mario’s cuteness is actually much more deeply rooted in Japanese culture.

Kawaisa, cuteness, is the dominant aesthetic in Japan — adorable kawaii characters like Pikachu or Hello Kitty are two examples, but the pursuit of kawaii can also trickle down to influence clothing, music, food, even handwriting. Kawaii characters had been popular in manga and anime for some time, but in 1974, when Hello Kitty premiered as a way to sell fashion items to teenage girls, an explosion of interest in kawaii took off and has continued to today.

Where kawaii exists in American pop culture, it’s usually been in some way introduced by Japan. Cartoon Network has given us kawaii characters like the PowerPuff Girls, and kawaii characters appear today in retro 8-bit-style games like Fez. 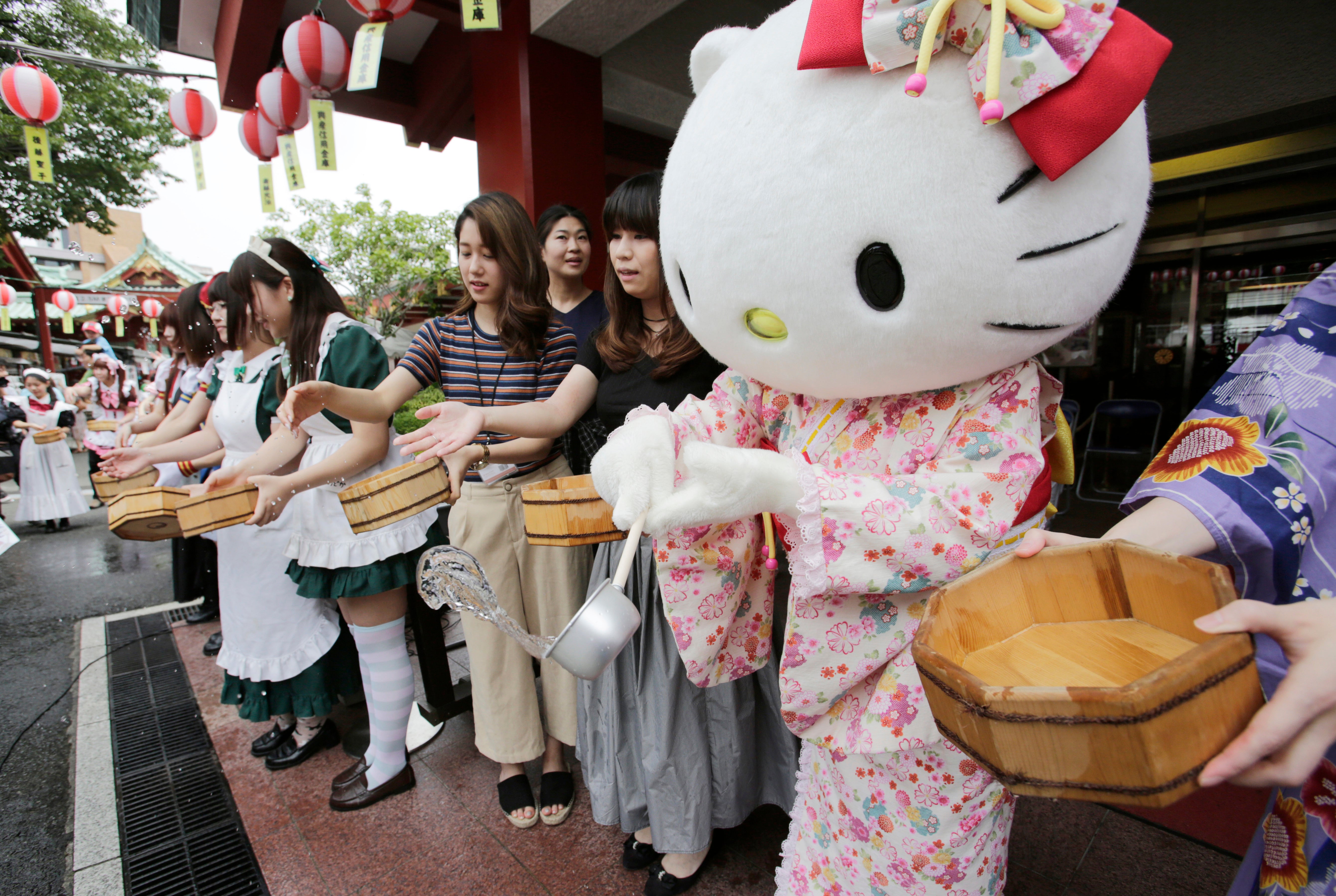 Still, our cute characters are nothing compared to kawaisa in Japan. In Japan, cute characters are used as mascots by businesses, pharmacies, restaurants, dentist and doctor offices, post offices, government offices, and even police and fire stations to sell goods and connect with customers using humour and personality.

Cartoon characters appear on packages, instruction manuals, signs outside buildings, post offices, grocery stores, billboards, bumper stickers, tax documents, and everything in between. Both the Ministry of Justice and Ministry of Defence have character mascots, and causes like climate change awareness have their own cute mascot characters as well.

Alt told me that kawaii characters like Doraemon, Hello Kitty, and Mario are all designed with a philosophy called nitoushin, which means, roughly, “head and body of the same size.” This “baby schema” taps into a human instinct to care for things with large heads and eyes, like babies and puppies.

“Japanese pop design is all about what’s called ‘deformation’ in Japanese but what we’d call stylisation,” Alt told Kotaku. “I think that Miyamoto, and many other early Japanese game designers, fell back on this visual shorthand, well-known from Japanese manga, to help them create instantly recognisable and charming characters with the limitations of early game hardware.”

In Mario’s case, this means features that look cute on a cartoon but would appear freakish on a human face. His eyes, nose, and stature are completely out of proportion, as is his very round body type and constantly gloved hands. Author Inuhiko Yomoto defines this type of cuteness as a melding of the sympathetic and the grotesque, like pugs, E.T., or the overly-pudgy cherubs in Renaissance paintings.

The fact that Mario, a middle-aged plumber from Brooklyn, takes on a cute, round, and cuddly form as a kid’s mascot is in itself a little odd, in the same way that hugging a sweaty guy in a mascot costume at a sports game feels odd.

“What makes Mario different from Pac-Man or Pikachu is that he’s identifiably an adult man,” said Alt. “Most kawaii characters stay away from these adult characteristics in favour of accentuating more childish ones.” 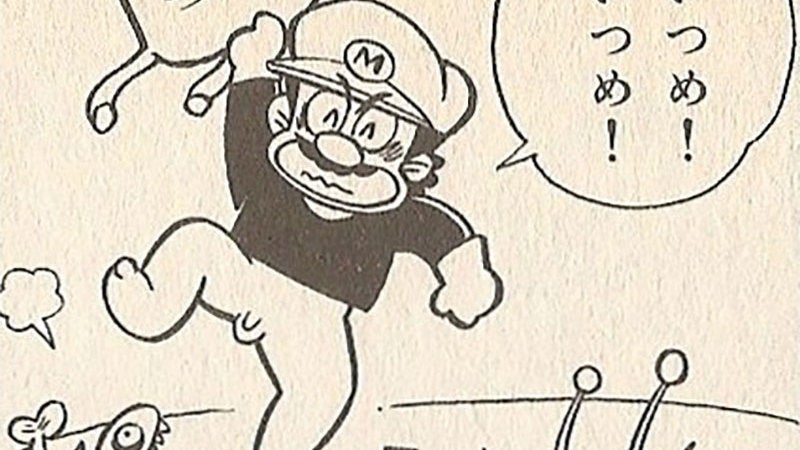 In Japan, an officially-licensed Mario manga showed more than just his nipples.

One of these adult characteristics, of course, is those nipples. But Alt said that Japanese gamers weren’t as disturbed by them, and were actually surprised by all the controversy and fuss.

“There’s a very different mindset about nudity here, perhaps a legacy of Japan’s long tradition of mixed bathing,” Alt said. “Mario was even shown with his pants completely off in an old Super Mario manga years back and that wasn’t a sexualised thing, it was a silly thing.” In Japan, being kawaii doesn’t mean you can’t have genitals.

Mario’s silliness and cuteness, Alt said, is balanced with “his cool superpowers, which give him a blend of approachability and empowerment that makes him appealing to gamers of all stripes.”

And therein lies the genius of Mario the creepy-cool-cute mascot. Thanks to his perfectly calibrated character design, Mario has made Nintendo millions, if not billions, and it gets to keep every penny — he’s not a celebrity spokesperson who requires a fee, nor is he a salaried employee.

He’s a cartoon who can be simultaneously baby, child, and adult, roly-poly cuddly and mustachioed. He’s a perfect, weird symbol of fun-filled childhood, of the innocence of youth. And that’s why it’s so weird to see him with nipples.

Alyse Knorr is an assistant professor of English at Regis University. She’s the author of Super Mario Bros. 3 from Boss Fight Books, as well as several collections of poetry.