Even with the addition of multiplayer and some limited ways for players to grief one another, No Man’s Sky still isn’t built for large scale warfare. Player-made civilisations are finding other ways to resolve their differences. Namely, they do it through espionage.

Since the release of No Man’s Sky, which infamously launched with no multiplayer mode, hardcore players have been finding ways to band together, forming what they call civilisations in hubs across the game’s vast universe. Now, thanks to last month’s Next update, they can all see one another. They can also fight one another, which has led to an influx of new players who want to threaten those civilisations.

According to the player Hova, the leader of a civilisation called The Empire of Hova, new groups of players have started trying to infiltrate the once-peaceful civilisations of No Man’s Sky.

“When NEXT was announced a few months prior to its release and the community found out that PVP was finally coming, several new Civs and alliances starting popping up with intentions of ‘destroying the Federation’ and any Civs within,” Hova said over twitter DMs, referring to the United Federation of Travellers, which acts as a kind of space government between all of the civilisations in No Man’s Sky.

“These new threats saw an equal response from Federation Civs. Civs started secretly distributing spies among these new start-ups in hopes to thwart whatever plans they may have.”

Spying in No Man’s Sky is less glamorous than it is in the movies. No one’s wearing suits and or hacking mainframes, but there are double identities. “Spying in No Man’s Sky mostly revolves around sending a spy/mole/etc into a Civ under the guise of a new player,” Hova said. Then that player tries to access the subreddit or discord where their target is talking, especially if there are any secret backchannels that they can access.

“Most of the hostile Civs trying to stir up trouble are using private Discords and [the social networking app Amino] to conduct their business.”

Most threats in No Man’s Sky are existential rather than literal. Players fear what might happen as new features are added, and try to preemptively squash those threats before they happen. Espionage was one way of handling that with the advent of PVP, though the way that PVP works may make spies an even greater possibility.

In No Man’s Sky, you can join any session that’s active if the player is on your friends list, and if you still want to join a game, you can just join a random session. If you’re out to wreck someone’s day, joining a random session until you get the one you want isn’t going to be very productive. But if you’ve successfully infiltrated a civilisation and have added one of its members to your friends list, you can join your target in a game and either take notes on what the civilisation has to offer, or cause some other kind of havoc.

Hova said that a loose group of “pirates” have been trying to infiltrate the United Federation of Travellers since the Next update launched. “These new players started sending their own spies into the Federation, creating shell Civs to front for their plans,” he said. “They also implanted spies in any Civ they could. Most notably they infiltrated the Galactic Hub Defence Force and leaked the location of the GHDF Patrol Ship.” 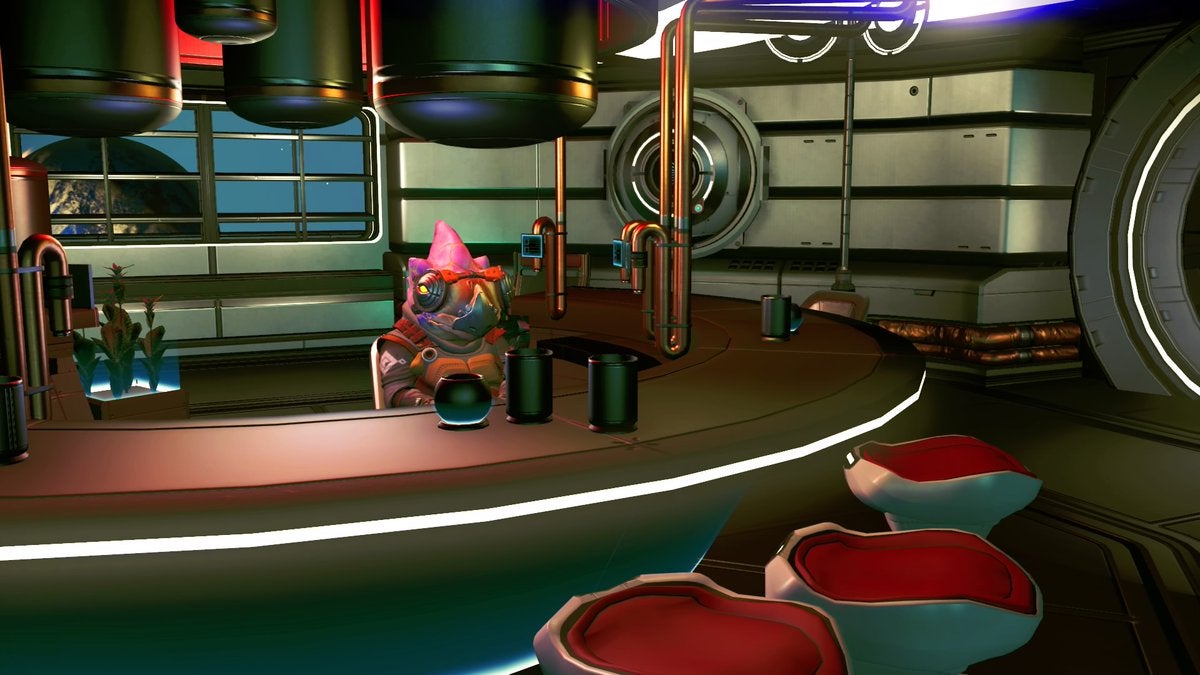 By leaking the ship’s location, those spies allowed trolls to learn the size of the fleet as well as the stats of the ships themselves, giving them a better chance of survival if they ran into them, or possibly even go to the location to steal a ship and pose as a member of the GHDF. It also gave them bragging rights.

During a stream with the notorious troll SGX, he and his friends talked repeatedly about the location of GHDF, and how taking down the Hub would be easy.

Espionage has been a part of the game since before Next, and played a part in one of the first wars between two civilisations, which was less of a war and more players aggressively naming planets to force out a civilisation, but since the update, conflicts have ramped up.

Two weeks ago, members of the United Federation of Travellers uncovered a plot against the Federation and the Hub by having spies infiltrate certain Discord groups. Several Federation members were accused of plotting against the alliance by stoking conflict, and as a result a civilisation was kicked out of the Federation. Last Friday, a security officer for the Galactic Hub revealed that a player was attempting to play both sides of a conflict and intentionally stoke animosity between civilisations, and the evidence of that was given to him by a third party who had infiltrated their Discord.

The founder of The Galactic Hub, who goes by the handle 7101334, said over Reddit private messages that he’s not sure that spying is as bad of an issue as it may appear. “With malicious PVP being highly impractical and base overwriting being presumably impossible, I’m not sure there’s currently anything hostile groups can do except talk,” he said.

PVP in No Man’s Sky is possible, but if you destroy another player’s ship you don’t get anything from it, and you can either only join a friend’s session, or a random one, meaning you can’t seek out a particular player or group to fight in space. Base overwriting used to be one of the ways that players antagonized one another, as the most recent base at a particular location would destroy whatever base had been built there previously.

Base building has changed a great deal since Next—players can build anywhere, and while only one base can be visible to other players per planet, building a base on that planet won’t overwrite any buildings that are also there.

Still, he also said that the Galactic Hub Security Office does also function as a kind of intelligence agency for the Hub, gathering intel from other civilizations and presenting them to the community if they threaten the peace.

Hova’s experience of the game has been a little different, and his civilisation has decided that if you can’t beat them, join them. “Without going into too much detail, we do have our spies,” Hova said. “Or at least ‘intel gatherers’ … that sounds nicer.” He’s even been on the receiving end of espionage, when a high ranking member defected from The Empire of Hova and then leaked documents on the way out.

The player had been working with Hova on a secret test to see if they could overwrite an entire planet or star system by overloading the system with data, and had been promised a council seat in return.
As time went on, they became a spy for the Empire of Hova, infiltrating other civilizations. When that player didn’t get the seat they wanted, they leaked the documents confirming the project.

Given that the type of widespread warfare we’ve seen in games like Eve Online isn’t possible in No Man’s Sky, sneaking around in secret Discords and backchannel chats seems like a natural escalation of conflict in this game.

“All in all the age of espionage in NMS seems to be heightening,” Hova said “As for Hova we’ve stopped taking in new recruits, as they’re is a high chance of them being some sort of spy … I can’t speak for other Civs but I know our key allies are thinking about similar plans and they are also placing spies in various places as well.”