The second season of The Good Place, a show about four screw-ups trying to become better people in the afterlife, ended on an incredibly unexpected note. If this early look is any indication, that new situation might stick around for a while.

In an extended first look published by Entertainment Weekly, we see The Good Place protagonists all situated in their new contexts—on Earth. After the second season ended with the heroes being given a second chance at life, to prove that they could grow as people and deserved better than the eternal damnation of the Bad Place, there was a lot of fan speculation about how long that would last, and whether or not it was even real or just an elaborate illusion.

But in the third season, apparently, Earth is the place to be. We see Chidi (William Jackson Harper) and Eleanor (Kristen Bell) at the university, meeting new people, we see Tahani (Jamella Jamil) walking through gates that, according to creator Michael Schur, “lead directly to the rest of her life,” and we see Jason (Manny Jacinto), well, dancing. But hopefully dancing more thoughtfully. Meanwhile, Michael and Janet, now fully invested in the humans, are seen trying to manage their heavenly scheme to help as long as they can. 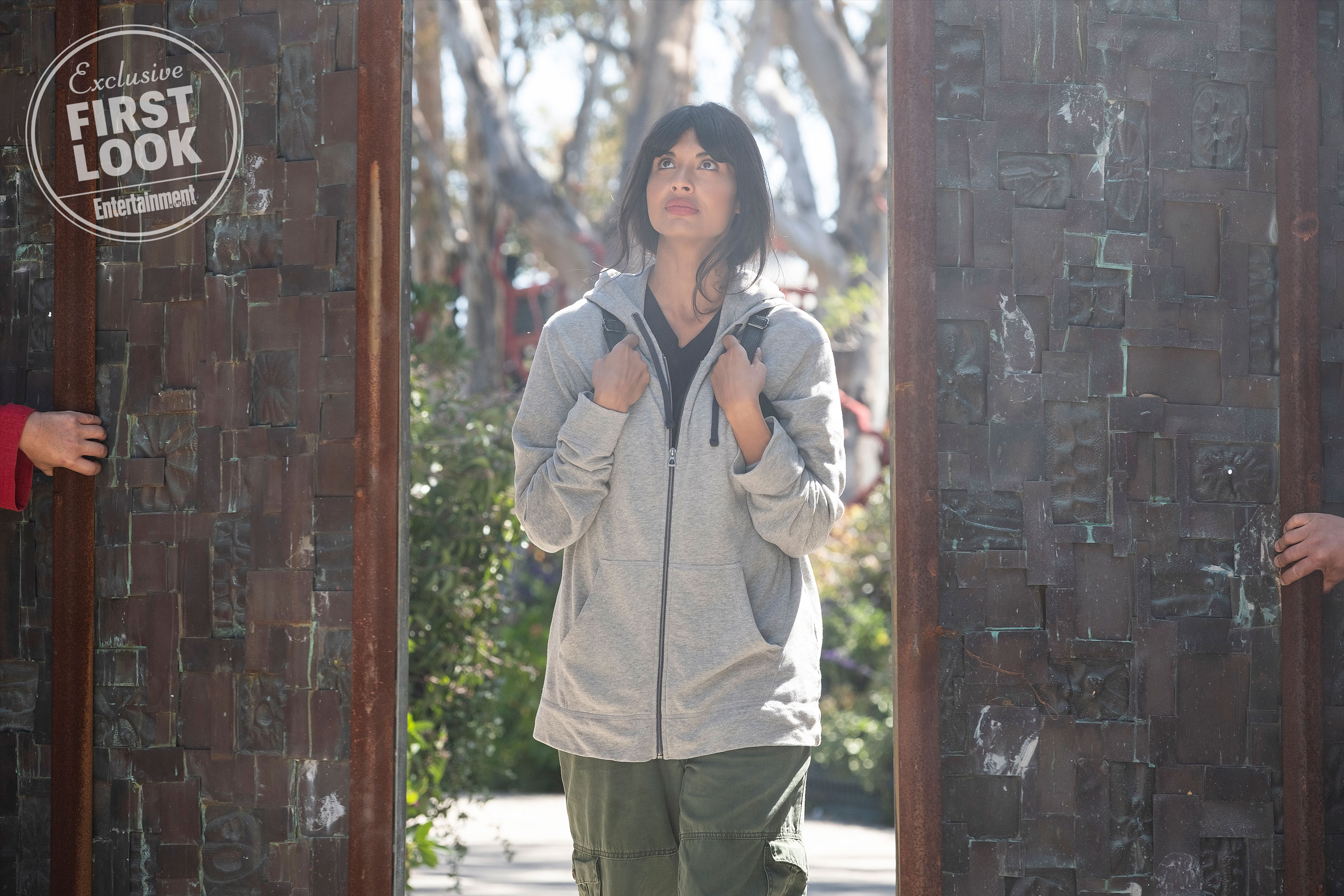 These images give us a look at a life on Earth that is here to stay, at least for a little while, with an expanded cast of characters (including Kirby Howell-Baptiste from from Killing Eve in a recurring role as a colleague of Chidi’s) and a diverse range of settings that push outside of the show’s established supernatural bounds. All in all, it’s really intriguing, and after how moving the end of the second season was, I’m thrilled to see where this goes next. Check out Entertainment Weekly for the full set of images. The new season will air on September 28th. Bortles!