The Animals Of Microsoft Flight Simulator

Looks Like Warner Bros Is Keeping Their Gaming Division After All

The Week In Games: Another Battle Royale Comes To Consoles 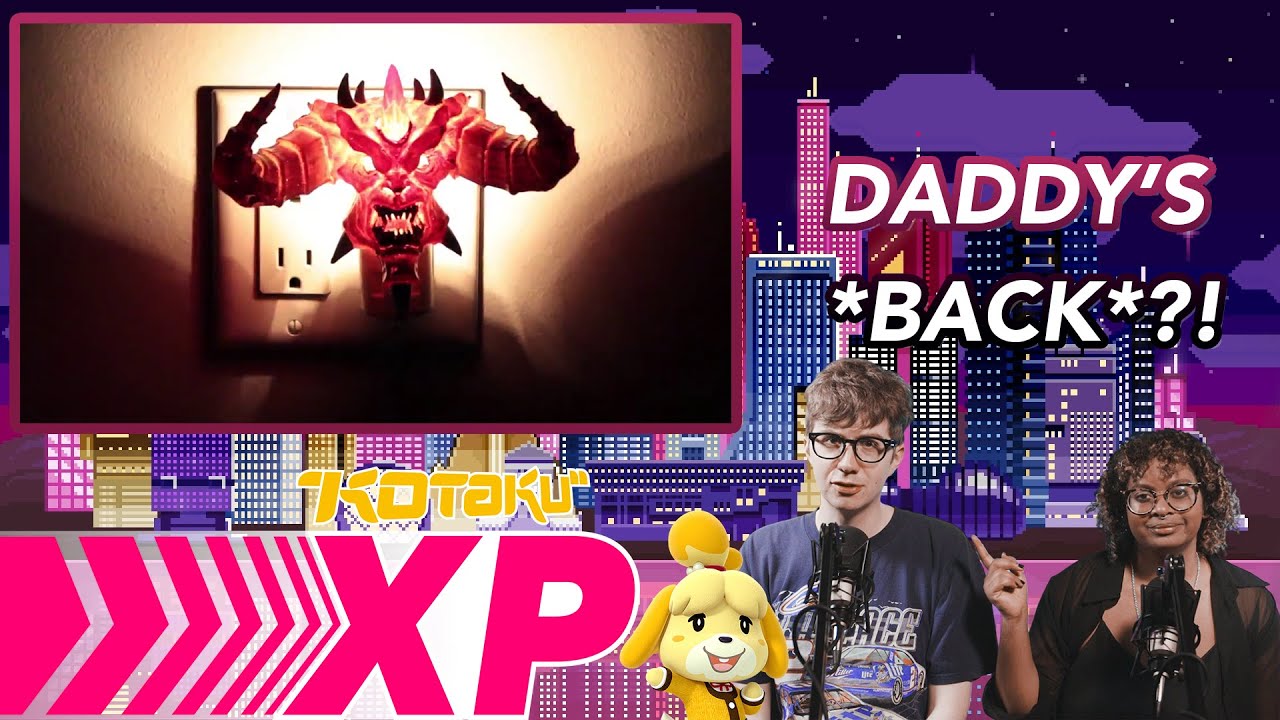 Diablo 3 is coming to the Nintendo Switch! Gita and I talk about it on today’s episode of Kotaku XP, our weekly discussion of video game topics and trends.

Let’s face it: We knew Diablo was coming to the Switch when Blizzard tweeted that weird little video of a night light shaped like the titular demon daddy’s head. Blizzard denied it. They literally used the phrase “We’re not that clever.” Apparently being clever, sometimes, is having the confidence to tell people you’re not clever.

Gita has never played a Diablo game. I have played them all. My improvised elevator pitch for playing a Diablo game in 2018 is that the games have a magical combination of depth and accessibility.

With, say, Monster Hunter, you might need to literally Google “how to start playing Monster Hunter”. With Diablo, you can pretty much just get it and go. Sure, it has its share of intricacies and mysteries, though the game is on the whole designed so well that you encounter them organically.

Also on today’s episode, we talk about the Hori-brand Nintendo Switch D-pad Joy-Con I bought last week. Gita tries it out on camera, in the game I consider to be the perfect test of a good D-pad: Sonic Mania Plus. A 2D Mario game would be a better test, if only Nintendo were selling one of those for the Switch.

Somehow, Gita playing Sonic Mania Plus on my Nintendo Switch in portable mode with a proper D-pad results in us talking about Harvey Keitel. You can’t make this stuff up. Once that camera’s on, anything can happen.

Our final story this week is that I went to Taiwan and got hit in the neck with a surfboard while there. I also hung out with the developers of a fighting game where you can make Jesus fight.