Shattered Grid Is The Power Rangers Anniversary The Series Deserves

At the end of this month the show will try again, but honestly, so far the comics are giving us one hell of a 25th anniversary special.

For the past few months, Boom Studio’s Power Ranger comics — both the main Mighty Morphin’ book (by Kyle Higgins, Daniele Di Nicuolo, Simona Di Gianfelice, Walter Baiamonte and Ed Dukeshire), and Go Go Power Rangers (by Ryan Parrott, Dan Mora, Raúl Angulo and Ed Dukeshire), the early days, young adult-focused spinoff — have been having a whale of a time with Shattered Grid. The ongoing Ranger-team mashup will culminate on August 29, one day after the show’s actual 25th anniversary since its US debut on Fox Kids back in 1993.

And while it still has a few issues to wrap up, it’s so far delivered pretty much everything a Power Rangers crossover should be, a fitting tribute to 25 years of explosions and Spandex in ways even beyond what the show itself can do.

Understandably, part of this is due to the fact that as a comic book story, Shattered Grid can do a lot more with its scope and sense of scale than a TV show with the budget of Power Rangers can, which means the nostalgia factor people want out of an anniversary-marking story is much easier to draw on.

Characters can come back — or be bumped off — by the bucketload, without pesky contract negotiations, or they can be plucked from time to appear exactly as they were in the shows, instead of being their older, wiser selves.

It can, and has, been able to tell its story over months of issues, instead of being restricted to a single 23-minute TV episode. 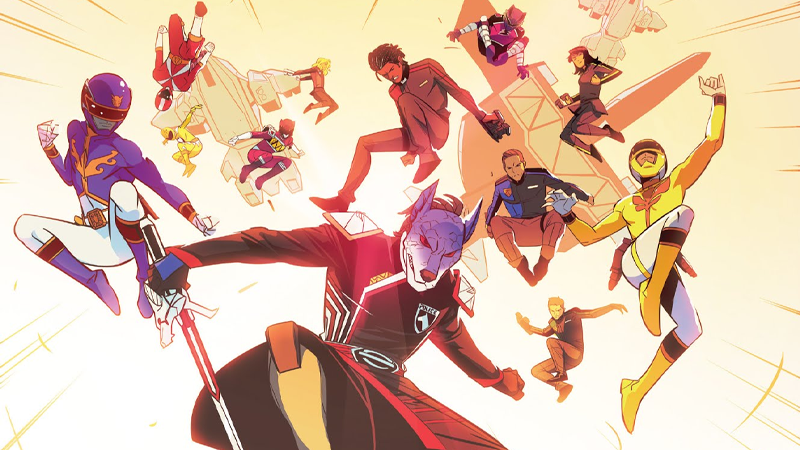 Aside from those obvious draws inherent to the near-limitless imagination of the medium, what’s made Shattered Grid such a delight is that it’s about more than just the cheap momentary thrill of a bunch of different Power Rangers showing up to fight together (that bit is, admittedly, also very good).

It’s also because the Mighty Morphin’ book has delicately integrated this story and its larger themes pretty much throughout the vast majority of its run.

Lord Drakkon, the alt-reality evil Tommy Oliver first introduced in late 2016, is not only a perfect foil for 25 years of Ranger teams to unite against, it also adds a huge level of personal stakes to the story for the Mighty Morphin’ team, because it’s a threat they’ve already been dealing with throughout their ongoing series.

This isn’t a mashup for the sake of a special date that comes out of nowhere and doesn’t really matter beyond celebrating the occasion — it’s the climax of a story the comics have been setting up for months and months before this event began.

It weaves the character arcs of the Mighty Morphin’ team through it in such a way that the event really matters for the growth and development of these teens with attitude, and will continue to matter afterwards (especially considering we know the comic is moving in a wild direction with a very odd team of rangers after it’s over) in a way few major comic book events feel like they do these days. 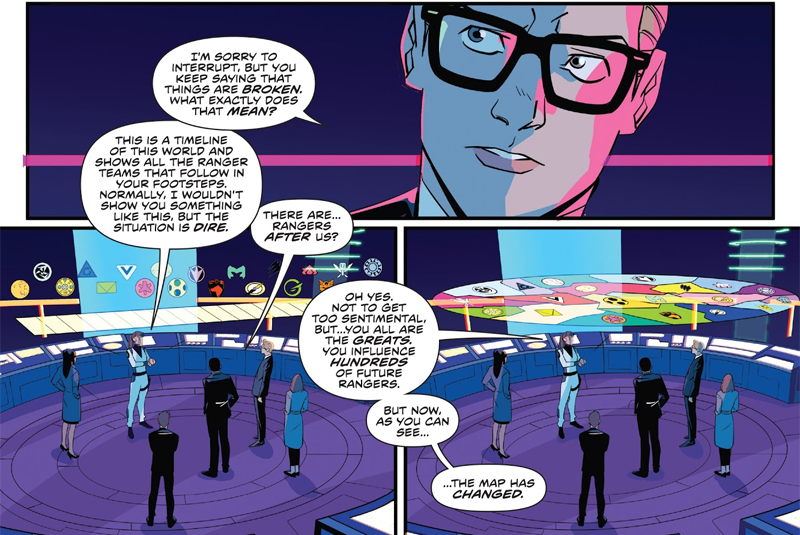 Shattered Grid is, at its core, a story about legacy — nostalgically, in the sense that it ties together the 25 years of Power Rangers heroes in one relatively straightforward line. But also, it’s because the story has seen the original team forged into the inspiration they need to be in order to inspire a legacy of 25 years of other teens with attitude carrying on in their name.

Forged in the tragic crucible of having lost their own Tommy in the opening issue of Shattered Grid, the MMPR team members on display throughout this event haven’t been the rowdy, juice bar-lovin’ teens with attitude, but leaders forced to reckon with saving a future that sees them as icons they’ve yet to become.

Contrasted with Drakkon’s own twisted sense of that legacy — as he attempts to steal the power of each ranger team to “earn” his own place in the Power Rangers canon after rejecting the chance to join his own reality’s version of the team to side with Rita Repulsa — and with Go Go’s own subplot for the event, seeing the younger Ranger team turn Drakkon’s evil Ranger Slayer (herself the Kimberly of Drakkon’s reality) from minion to reluctant hero, it’s made for an interesting musing on how Power Rangers has grown and persisted for two and a half decades.

Instead of treating the anniversary as just an excuse for a team up, it’s made the very idea of it a crucial aspect of how these characters will grow as heroes and people. 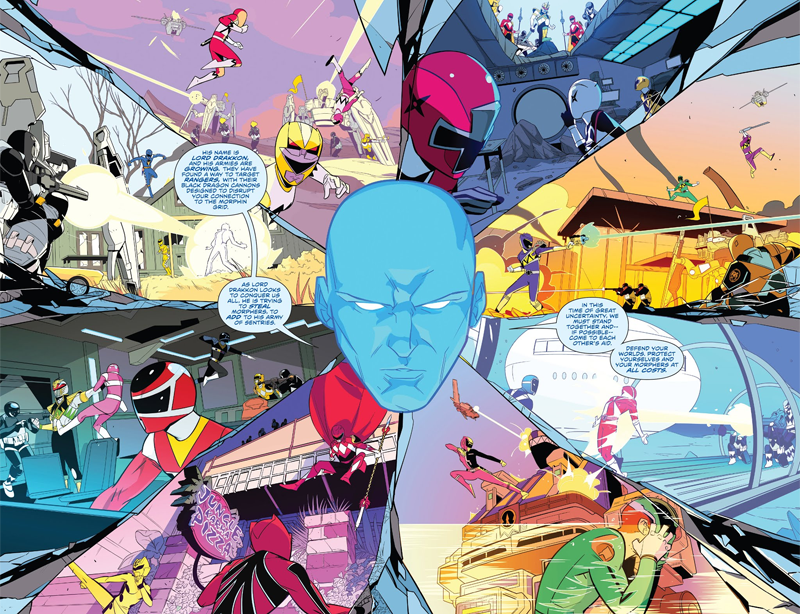