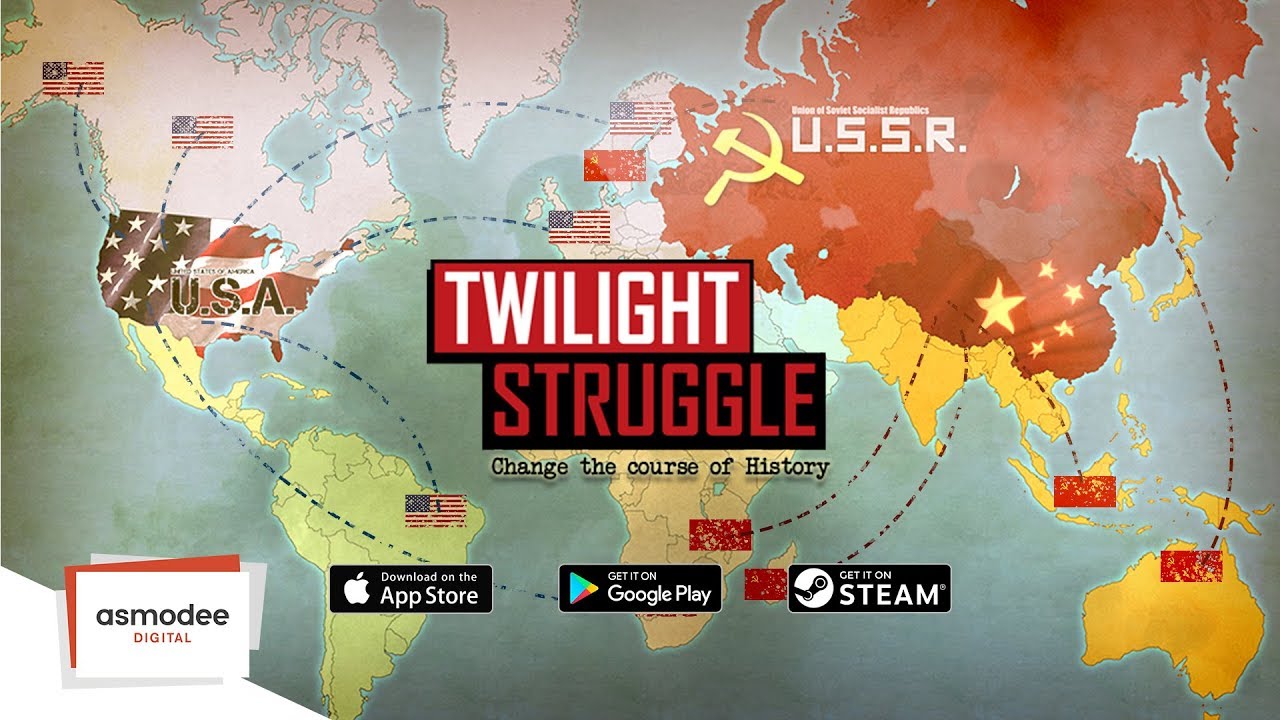 Welcome to 2018’s edition of Overthrow-a-Prime-Minister Day, the day when ordinary Australians are reminded to change their smoke alarm batteries and tweet about #auspol helplessly from the sidelines.

In case you missed it, there’s been some Turnbull-ence in Australian politics in the past few weeks. There just Dutton seem to be an end to political parties knifing Prime Ministers in the back.

You may not be able to do much Abbott politics in Canberra, but maybe playing some political board games will make you feel a bit better this weekend. Or worse, I guess. 1960: The Making of the President (Image: Boardgamegeek)

It’s an intense game that plays out across an electoral map of the United States. Remembering that Fake News rules in the White House right now, why not play as the original Watergate perpetrator?

Why stop at taking over America? America is far too small. In Twilight Struggle, play as one of the global superpowers, and take over the world.

Broader in scale, grander in scope, this one-on-one game has perpetually been one of the most highly rated board games on BoardGameGeek of all time. If you have a spare 4 hours, you could do many worse things.

It’s now available on Steam, so you can take your politics online, or play an AI if you prefer not to crush real human beings. Okay okay, so you really want to play with more than one soon-to-be-betrayed friend? The game for you is Resistance. The theme of the game is overthrowing a government as a small insurgency group, but the reality of the game is straight-up lying to your friends. Which is basically politics, yeah?

Alternatively, you could try Secret Hitler. But maybe that’s too close to one of our alternate futures.

If you have an extra six hours, you could try Diplomacy again, but your friends may not be friends afterwards.

Diplomacy: The Most Evil Board Game Ever Made

There are a great number of truly evil board games. But there is a game that's the evilest of them all. El Grande is the prototypical area-majority game. Although it seems like a game of shifting cubes around a map of Spain, it’s actually a subtle and vicious little game where you try to outmanoeuvre your political opponents by finding subtle majorities in provinces. But of course, you can only do it when the King’s back is turned. Basically, it’s branch-stacking 101. Lisboa is a game all about rebuilding a capital after disaster strikes.

Apart from being the current hotness, Lisboa is also a legitimately good game, based on the catastrophically real historical events in the city of Lisbon, Portugal. Apparently an earthquake struck in 1755. To make matters worse, this was followed by a tsunami, and then three days of fires. (So in case you’re wondering: things in Canberra could be worse!)

The most politically Australian game out there, you could try to play The White Australia Game. Or not, because it’s probably not a very good game–game design in 1914 wasn’t what it is in 2018.

Still, politics, like history, tends to go in cycles. The game is all about–surprise, surprise–being a jerk and trying to keep the other out. And really, being a jerk is what politics is all about, right?

Thankfully, this is only a game.