The Banner Saga 3: The Kotaku Review

The Banner Saga 3 is the final entry in a Kickstarted trilogy of strategy games. It’s the culmination of four years of fantasy adventuring, in which the decisions you make on the battlefield are almost as important as those you make in the middle of a conversation.

It’s a series that divides its design between two pursuits. The most obvious one is that this is a turn-based tactics game (think Fire Emblem), in which you order a small squad of fighters around a grid-based map. But you spend just as much time away from combat, talking to your friends, solving disputes and making command decisions that can sometimes have serious consequences.

The first game, released in 2014, was OK. Banner Saga 2, out in 2016, came out of nowhere and stole my heart, completely shifting my opinion on what I loved most about the series. It ended on the mightiest of cliffhangers, so this third game has a lot riding on it.

The Banner Saga is not your normal video game trilogy, where you expect noticeable, drastic changes between all-new games (compare Uncharted to Uncharted 3, or Halo to Halo 3, for example).

Everything here, from the UI on down, is pretty much the same as it was in 2014, so it’s easier to just look at Banner Saga 3 as the third chapter in a story that began four years ago rather than a brand new thing that’s going to be bringing a lot of new stuff.

While this means longtime fans are in line for the satisfying conclusion of a years-long tale, it also means this definitely isn’t a game for newcomers. If you’re curious about The Banner Saga but have never played it, you really need to start at the first game, as you’ll find no comfort here.

While there’s a basic, out-of-campaign tutorial present, this game isn’t much without its narrative and choices, and coming in at the 11th hour to the series will mean missing out on so much of the journey that has led the adventurers here in the first place. 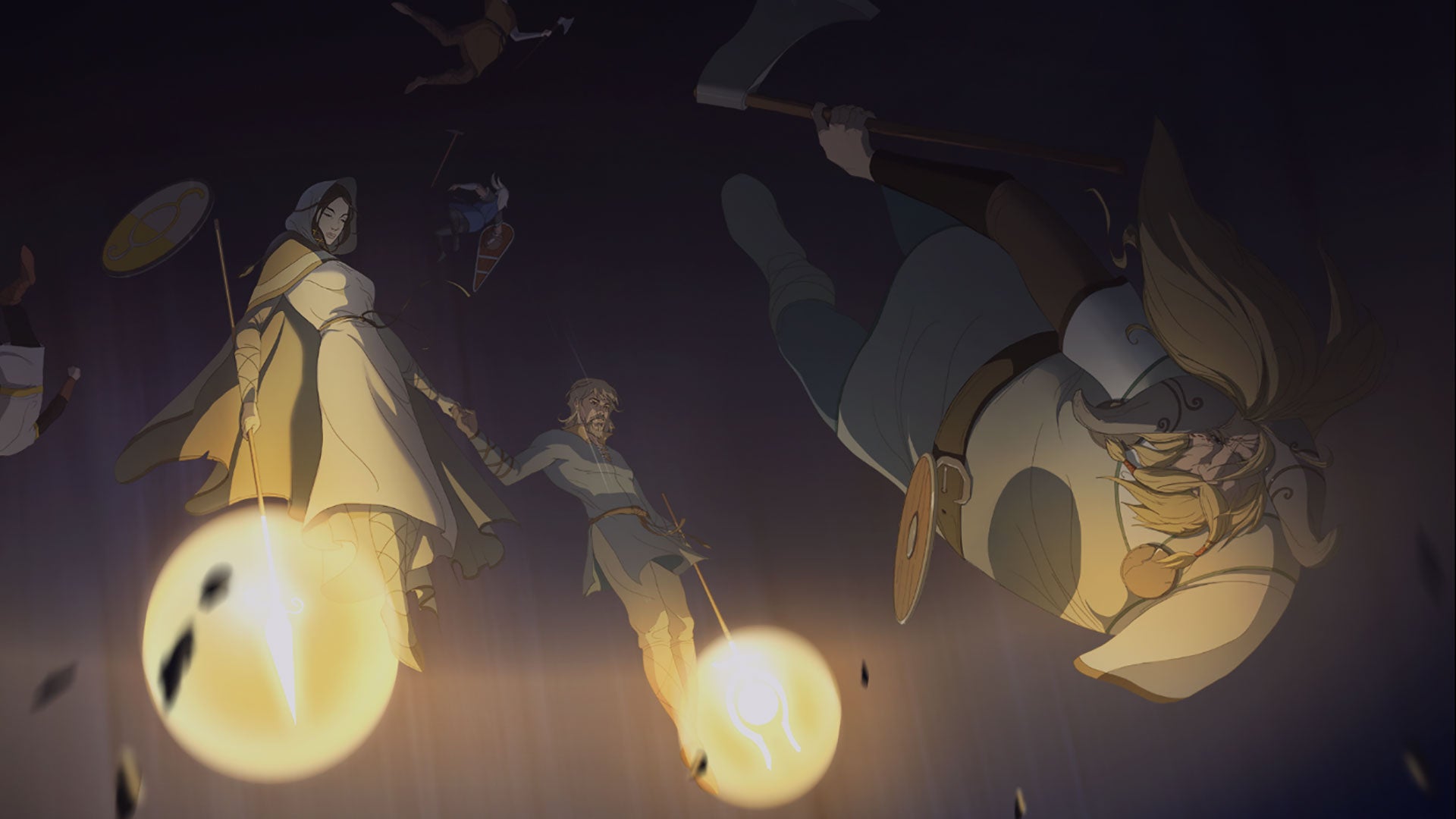 The Banner Saga 2 ended on the mother of all cliffhangers, promising an epic encounter with the end of days, and the The Banner Saga 3 certainly delivers on that. I don’t think I’ve ever played a video game which manages to nail the desperation of a last stand as relentlessly as this.

From the moment the game begins, with the forces of darkness laying siege to the last free city in the world, The Banner Saga 3 is played with a boot to your throat.

There’s a vice-like pressure that grinds you down, mission by mission, as no matter how well you perform or how elegantly you think you’ve made key decisions, people around you will die in their thousands, including many of your party members.

Gone are the days of meandering through meadows and worrying about recreation time for your troops; here, with the end of the world literally at the gates, there’s nothing left for you to do but mitigate losses, endure the suffering and hope for one last miracle.

I played most of The Banner Saga 3, especially when things pick up in the second half, in a state of absolute stress, the twists of the main narrative compounded by decisions I was making that were killing off main characters I’d grown to love and rely upon over two-and-a-half games.

What makes those decisions so effective here is that they’re rarely signposted. There’s no “HAKON WILL REMEMBER THIS”, or obvious conversation paths based on some kind of binary emotional scale. Most chats and strategic choices play out like a blind personality test, and the outcomes, even if they turn out the opposite of what you were hoping for, rarely feel random or unfair.

The increasing duress of the narrative is compounded by a strategic tension. Like the end of The Banner Saga 2, your party is still divided in two, but this now actually means something: your actions in one place directly influence how the other half are doing:

So gripping is the unfolding disaster, and the way Stoic have been able to wonderfully represent the emotions of it, that battles—the whole point of the series—begin to feel like an intrusion, a chore I needed to complete to get back to the next earth-shattering conversation or strategic decision I needed to make to propel the story forwards.

Maybe that’s a testament to how much I’ve loved the story and dialogue in the series, especially from The Banner Saga 2 onwards, but I think it’s also because that after two games of this series’ take on turn-based combat I’m just a bit over it. On paper The Banner Saga’s combination of armour and health (the weaker you are the weaker you hit, the less armour a unit has the more health they’ll lose) sounds almost perfect, and battles often unfold like a colourful, animated version of chess.

But there’s just something missing, a spark that elevates them from sound concept to truly gripping encounters, and so a few hours into this third game battles felt like a bore, no matter the new enemies and dramatic context.

Not helping here is the only real change made to the entire game, the addition of wave battles. These are just like regular battles, only once you’re done, you get to face more bad guys on the same map.

There’s a touch of strategy involved here as you can reinforce and swap out party members between waves, letting you use some minor characters you may not have otherwise dabbled with, but The Banner Saga 3’s battles needed to be shorter/more interesting, not artificially elongated. And it’s not like you only fight a few of these, either, it feels like half the battles in the game are these drawn out tussles.

The Banner Saga 3 is a relatively short game (much like the other two) that really ramps up towards the end. Or should I say ends, because there are multiple conclusions on offer here depending on decisions that were made not just in this game, but previous ones as well.

This could have provided some serious replay incentive, with folks encouraged to go back and see how the story could have turned out differently, but a combination of some contributing factors dating back to previous games, along with the repetition of the combat (and agonisingly slow caravan screens) is a serious deterrent to any inkling I’d have to rewrite history.

Then again, like other great decision-led endings (think Mass Effect 2), I don’t know if I’d want to replay this. The story I ended up with, with its highs and lows, felt like my story, forged by the calls I made in the stress of battle, and I own them.

For better or worse. Not everyone survived that I wanted to, and the world didn’t end up the way I thought it would, but that’s the apocalypse for you.