Bruce Banner’s death at the height of Civil War II and his return for a new ongoing series has sparked a dark road for the Hulk to go down, as Bruce finds an altogether smarter and crueller Hulk sharing his body. But it’s a problem that’s starting to affect more than just Bruce.

The gamma radiation that transformed Bruce Banner into the Hulk all those years ago didn’t just create one monstrous superhero, it was also a catalyst for dozens more gamma-powered characters, from villains such as the Abomination, to heroes such as She-Hulk. For decades, Bruce’s accident has served as a legacy of more transformative superbeings.

But now that that legacy has revealed a dark shadow attached to it — that death cannot stop these other selves, and seemingly changes them into stronger, more dominant versions of themselves — what’s happened to Bruce in the pages of Al Ewing, Joe Bennett, Ruy José, Paul Mounts and Cory Petit’s The Immortal Hulk has suddenly become a more pressing concern beyond the return of Bruce himself.

Rather than directly linking the Hulk’s recent transformations to more prominent recent figures such as Amadeus Cho (who’s most recently managed to bring his gamma-powers under control as Brawn rather than the Totally Awesome Hulk) or even Bruce’s cousin Jennifer Walters (who nearly perished in Civil War II), the last couple of issues of Immortal Hulk have begun to unveil this sinister link between gamma-heroes through some perhaps more obscure faces. 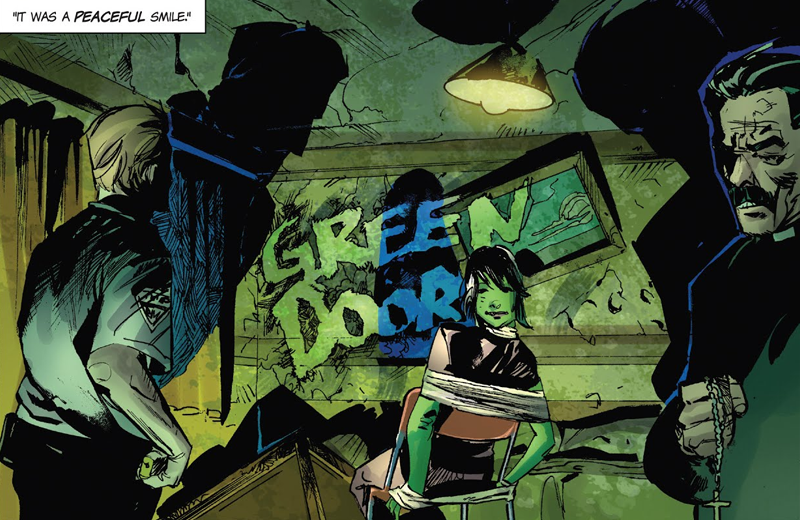 So far, those linked characters have included Hotshot and Jailbait — introduced as members of the Riot Squad back in the early ‘90s, in the wake of the detonation of a gamma radiation bomb in Middletown, Arizona — and, in this week’s Immortal Hulk #4, Walter Langkowski, better known as Alpha Flight’s Sasquatch.

As obscure as these characters are, they’re all being connected together by frightful visions of a bright green door of energy, linked to their transformations into gamma-powered superbeings.

Walter is brought back into Bruce’s orbit not by his recent re-emergence, but by Jacqueline McGee, the same reporter who’s been chasing after the Hulk since its most violent return at the start of the series.

In an attempt to keep following the story of the Hulk’s return, Jackie tracks down Langkowski — who was Bruce’s former university roommate, before his transformation into the Hulk inspired Langkowski to work with the Canadian government and transform himself into Sasquatch.

But Walter’s recollections of his experimental transformation also include the same door, a portal to a realm of demons and great beasts (one of which, Tanaraq, actually controlled Walter for a time). 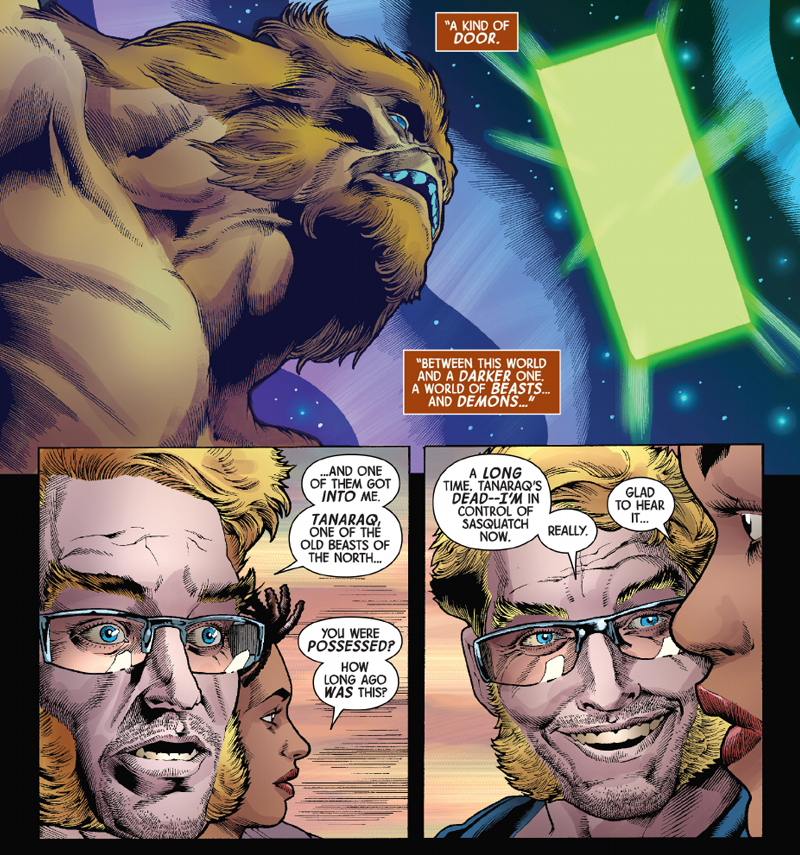 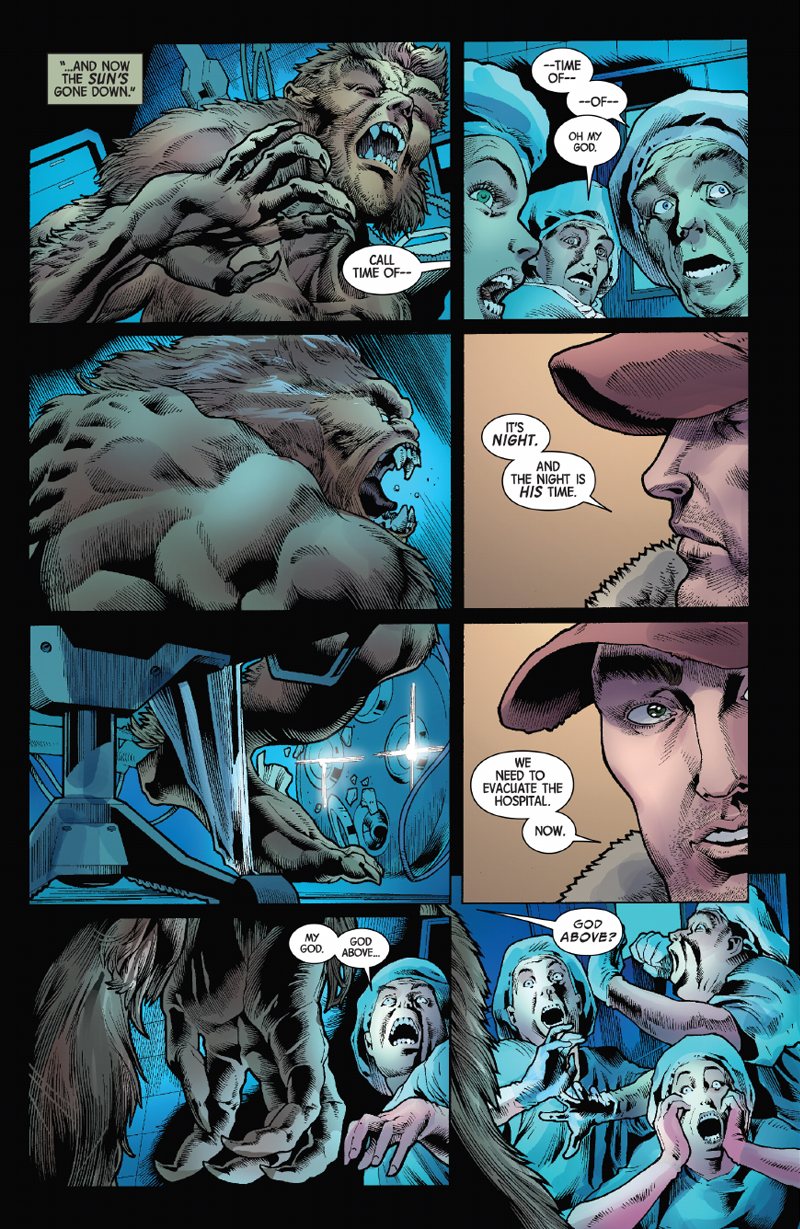 This time, he’s become a lot more like the new Hulk — smarter and deadlier, and far more of a threat than ever before. For decades, the Hulk and other figures like him have been seen as ticking time bombs. What happens when the monster within can no longer be controlled?

It appears that these bombs are finally starting to go off, and the question of who’s in control isn’t really the problem any more — it’s whether or not whatever’s really behind these characters now can ever truly be stopped.