Whether you’ve never played a Monster Hunter game or if you’re migrating over from Monster Hunter: World, there are a lot of important things to know about Monster Hunter Generations Ultimate, released yesterday on Nintendo Switch. The original version released in 2015 and was a little clunky. Figuring out how to conquer the game’s rough edges if crucial to becoming a master hunter. Here are some starter tips.

It’s tempting to choose a weapon and stick with it, but it’s important to play around at first. Monster Hunter is all about timing. Test out weapons until you find one that makes the most sense for you.

All weapons have different hunting styles, which change how they are used. Like weapons, you should test them all out, although I suggest starting with the default Guild Style. Here’s how they work: 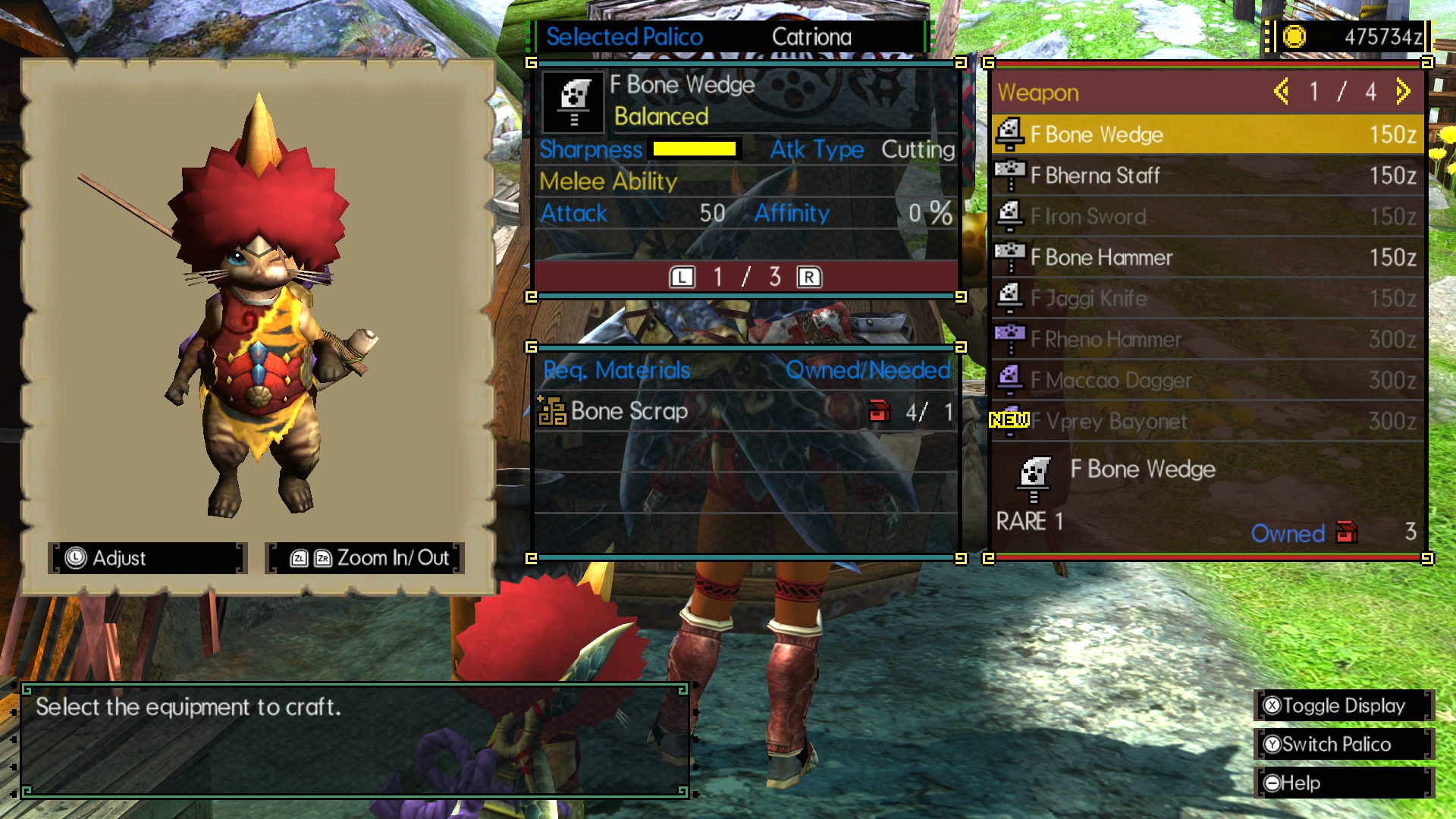 Palicos are adorable kitten-folk who can fight side-by-side with you on quests. They’re helpful for drawing monster attention, and they’ll gather items for you. I recommend them for all beginners. You can recruit a palico at the Palico Ranch in Bherna Village.

You can select a quest in the Hunters Hub by talking to the Wycademy Gal near the north exit. Head there and grab a quest. Early level quests can feel like chores — gathering herbs, killing tiny monsters — but stick with it. After a little while, you’ll be able to hunt big monsters.

Before each quest, you should always have a meal. Head to the table with benches and the strange fondue fountain to order something to eat. It will boost your stats and can give special effects. For instance, I always eat a meal that helps me mount monsters more easily.

When you start a quest, you’ll be in camp. Open the chest to grab a few free items. The map is one of the most important. Unlike Monster Hunter: World, where you fill the map naturally by exploring, you need this item to view the whole map. Grab it before each new hunt. 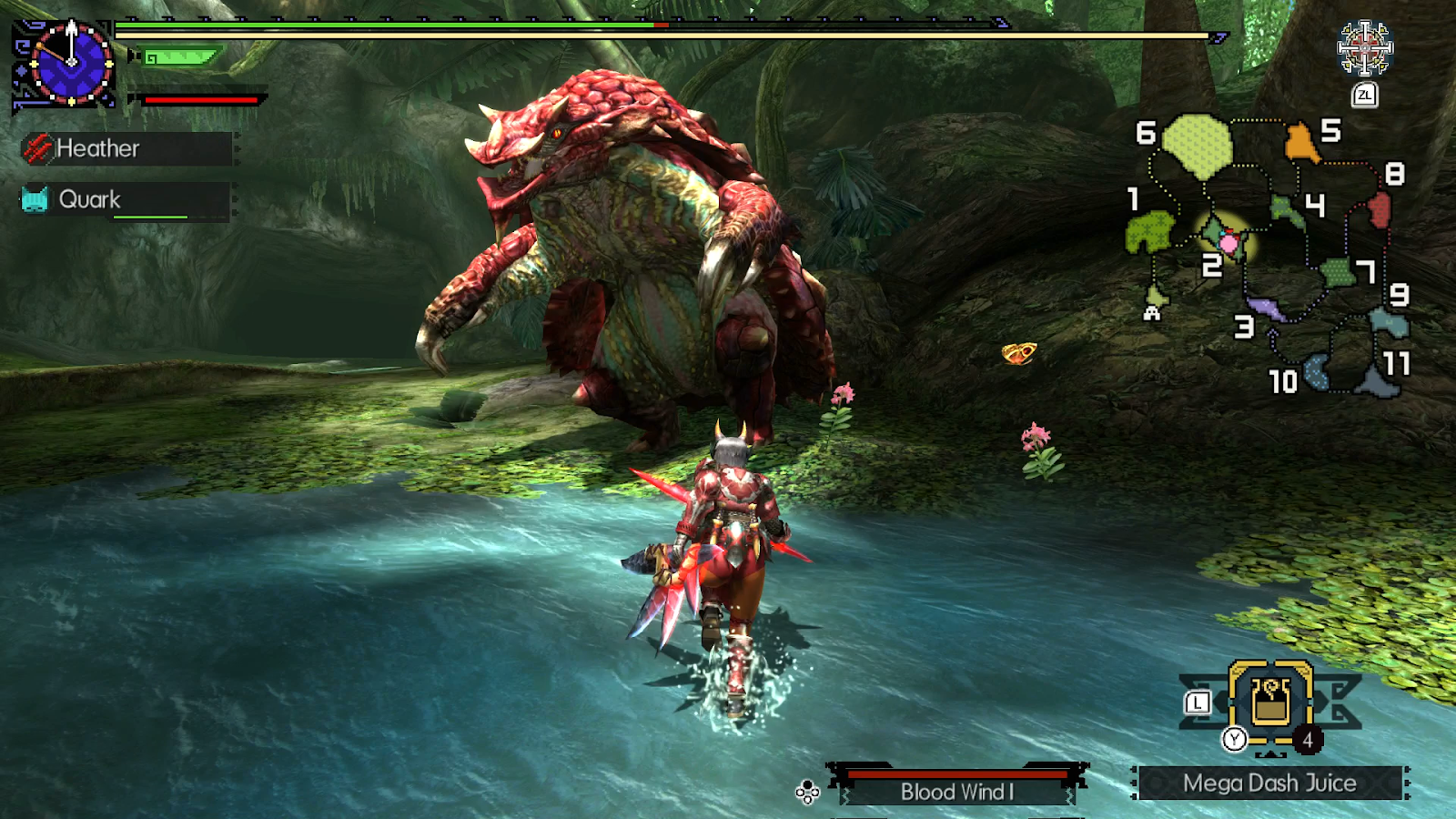 In order to keep track of a monster, you need to throw a paintball at it. You can craft them with a paintberry and a sap plant; you can also grab them from the chest in camp. Once you hit a monster with a paintball, you’ll be able to track it on the map.

When you kill a monster, you need to carve it for monster parts, which can then be used in crafting better gear. Don’t forget to carve at the end of your hunt.

Alternatively, you can capture a monster by weakening it, using a trap, and tossing tranquilliser bombs at it. Quest that require you to capture a monster will give you some of these monster-catching items for free.

Monster Hunter Generations Ultimate has a lot of stuff to craft, from Mega Potions to stamina-boosting Dash Juice. Often, these require items you find in the field. You should be gathering at every node you cross in order to have the resources you need.

Have A Bug Net And Pickaxe

In order to gather bugs and ore, you need a bug net and pickaxe. Your palico can grab some things, but without these items, you’ll be very limited in what you can gather. Basic nets can be crafted with a small monster bone and ivy. A mystery bone and iron ore will give you an iron pickaxe.

If you head back to the Palico Ranch, you can swap out your hunter for a palico and play in “Prowler Mode”. In this mode, you don’t need nets or pickaxes to gather. It’s prefect for those times when you really need to grab supplies.

Once you have monster parts, you can go to the smithy to craft new weapons and armour. Unlike Monster Hunter: World, even low-level gear uses parts from multiple monsters. Keep track of what you need and set a goal. When you have the parts, go and grab your gear.

When you craft armour and weapons, you get “scraps”. These can be used to craft new armour for your palico at the palico armoury right next to the smithy. 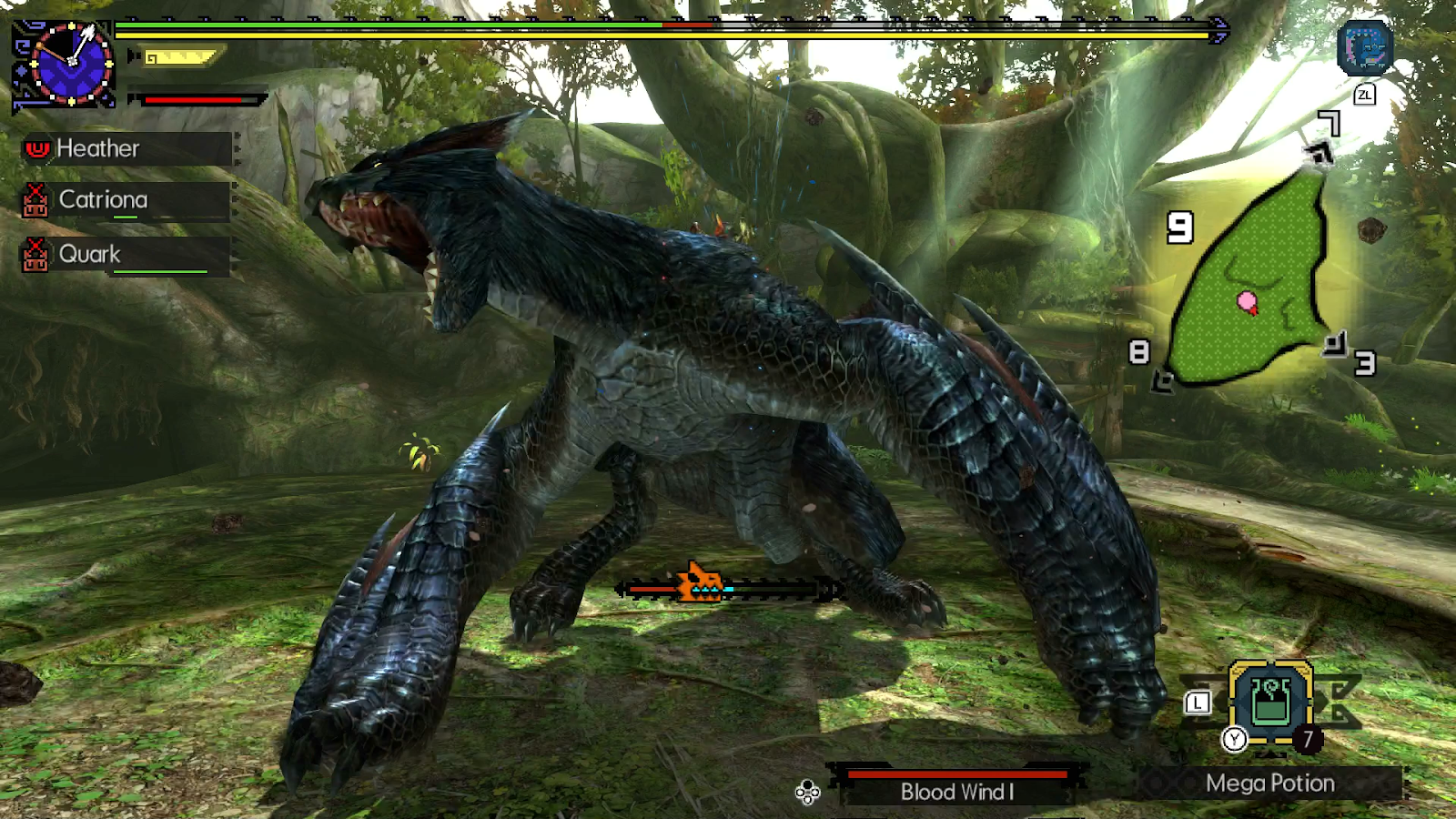 After you’ve done some hunts, you can talk to the Guild Manager at the centre of the Hunters Hub. They’ll offer you a special quest to increase your Hunter Rank or “HR”. This raised naturally in Monster Hunter: World, but here, you’ll need to take on these quests.

If you talk to the courier next to your house or talk to Neko at the Palico Ranch, you can get special permits to hunt “deviant” monsters. They’re tougher versions of known monsters whose parts can be used to get strong loot.

If you select multiplayer from the Hub menu, you can search for local and online hubs to play with other hunters. You can search by friends, put in the ID number of the session, or just randomly search. There are no quickplay SOS flares here; if you want to play with someone, you need to find a hub. It’s worth it. Multiplayer is the real meat of Monster Hunter.

Monster Hunter can be intimidating, but if you stick with it, the game can be incredibly rewarding. Don’t be afraid of failure and definitely don’t hesitate to team up with fun partners. With some practise and help, you’ll be a top tier hunter in no time.