clay manncomic-con 2018comicsdc comicsharley quinnheroes in crisisinterviewmitch geradssan diego comic consupermantom kingwonder woman
To sign up for our daily newsletter covering the latest news, features and reviews, head HERE. For a running feed of all our stories, follow us on Twitter HERE. Or you can bookmark the Kotaku Australia homepage to visit whenever you need a news fix.

It’s impossible to listen to writer Tom King talk about DC Comics’ upcoming Heroes in Crisis series without gaining a new appreciation for the larger narrative project he’s been crafting across other comics, such as Mister Miracle and Batman.

King has brought an existential melancholy to the fore in characters such as Booster Gold and Mister Miracle that’s changed the temperature of DC’s books.

Booster, the consummate jovial screwup, has been shaken by his most recent adventures through time and space in ways that have left the usually upbeat hero broken and not quite himself.

Scott Free’s grip on reality has steadily weakened as he’s been pulled black into the orbit of Apokolips, its never-ending wars and his dysfunctional family.

Even characters such as Poison Ivy have struggled with devastating mental breakdowns that put the lives of billions in danger — and to King, there’s a thread connecting each of these stories together.

Even though many of them are larger than life characters who defy the ideas of what regular humans can do, many of DC’s heroes and villains are suffering and struggling with the trauma that comes along with the kinds of lives they lead. Recalling his time as a counterterrorism officer, King explained that even on days when he knew for a fact the work he’d done had saved lives, knowing there was at least one person lost still devastated him.

In many ways, Heroes in Crisis is a story about how superheroes are forced to deal with that feeling all the time. 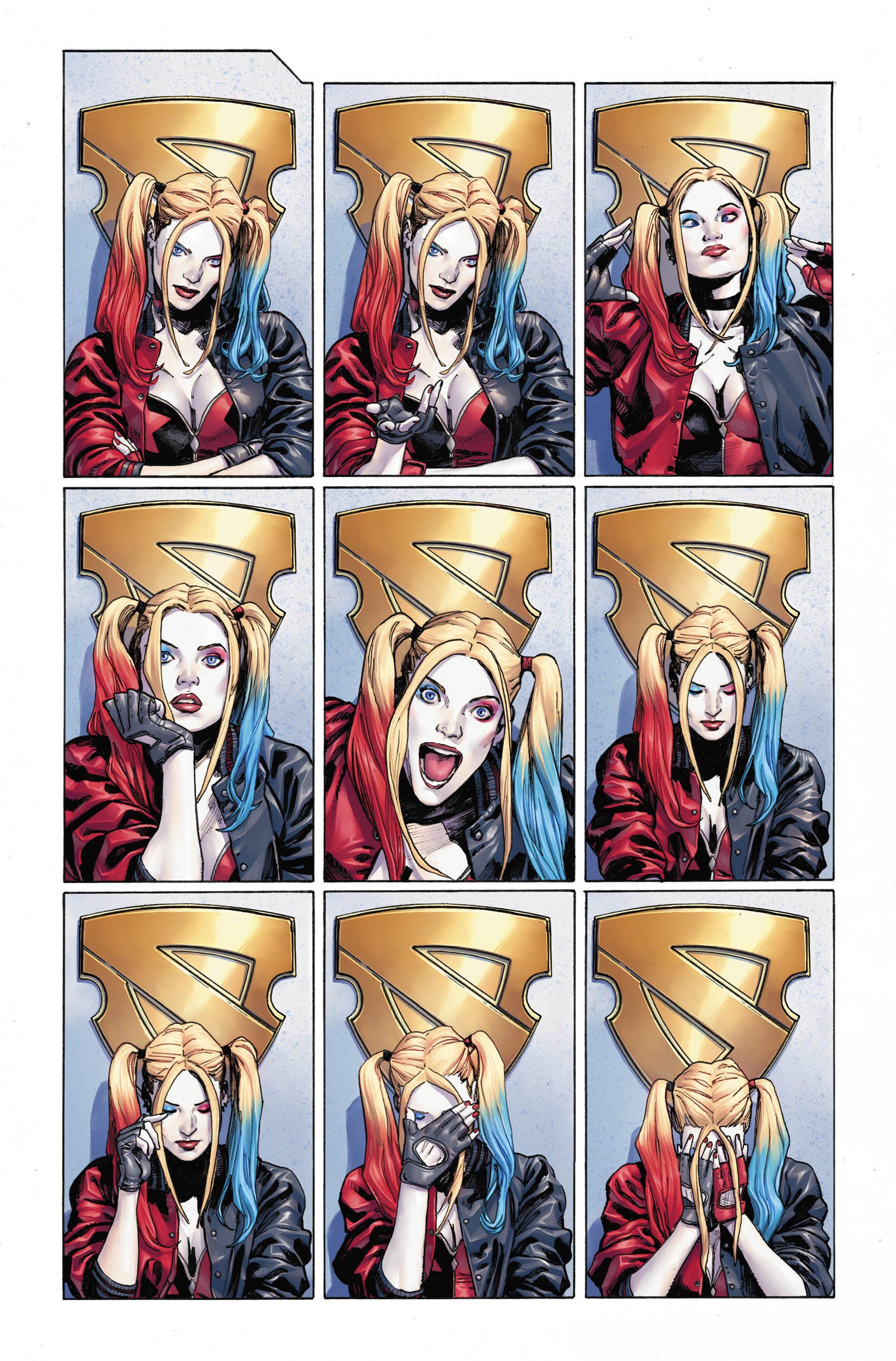 As King explained to a group of journalists at Comic-Con last month, the inspiration for the story came after a panic attack in 2016 sent him to the emergency room and left him in a contemplative space about his mental health. In reaching out to those around him for help, King said, he was able to put himself on an important path of healing and self-discovery:

For the last two years I’ve spent my life trying to put myself back together and trying to see what that was about. Was it childhood stuff? Was it being in the war? What sort of moment of violence or discontinuity cracked me? That process has been revelatory.

The idea that we can reach out to each other, and I can say to somebody that I used to fight Al-Qaeda, and also sometimes I can’t get my hand to stop shaking. Those two things can be true. You can be a man and also be a little weak; you can be a man and still love your family and still say that “I got through this with help.”

This idea — that confronting one’s weaknesses and fears can be a transformative and vital part of overcoming psychological trauma — is one of the major cornerstones of Heroes in Crisis, which prominently features Sanctuary, a rehabilitation centre for heroes and villains who find themselves in need of help.

King described Sanctuary as being the encapsulation of all the work Wonder Woman, Batman and Superman have done to make the world a better place and the achievement they’re perhaps most proud of.

As Heroes in Crisis opens, the centre is a place we see other characters coming to — but King explained that, to him, Sanctuary isn’t exactly a new idea that he’s introducing into DC’s universe. Instead, it’s a logical extension of something that the Trinity have always needed to be strong: Help.

At the centre (located somewhere in Nebraska), heroes and villains are welcomed and offered the chance to anonymously undergo a kind of intense therapy that’s designed to help them confront the emotional demons haunting them. Rather than employing real people who might harbour biases against guests, Sanctuary is staffed by an advanced artificial intelligence modelled after Wonder Woman (for her compassion) and built by Batman using Kryptonian technology.

The guides bring guests on a journey of sorts that’s designed to help them best grapple with whatever it is that’s troubling them, be it a recent attempt to take over the world or the loss of a family member. 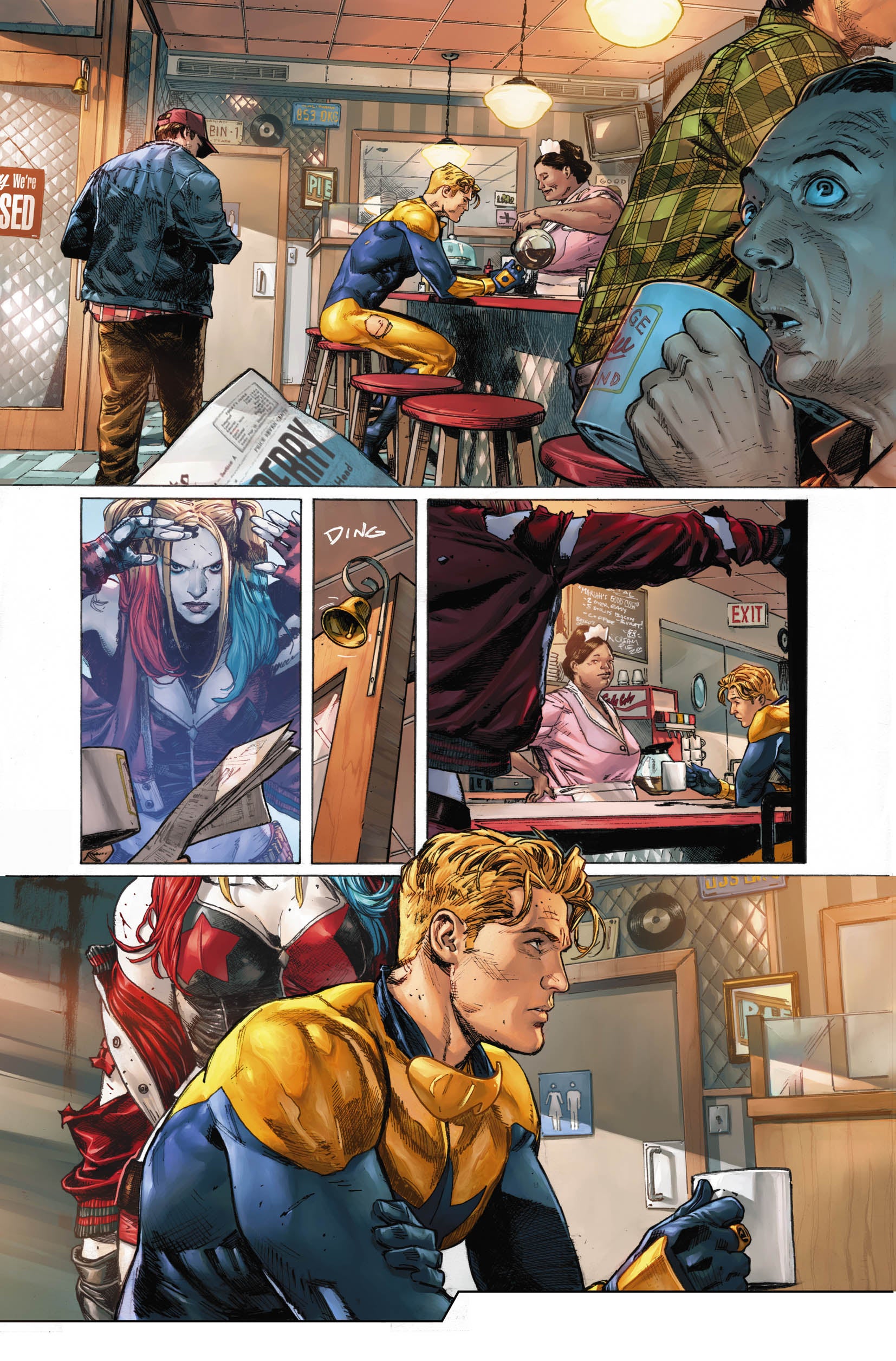 Guests are able to experience their tailor-made therapy sessions in holodeck-like chambers that create whatever situation they need in that particular moment. For some, that means climbing a mountain or laying on a beach, but for others, such as Bruce Wayne, it can mean having the chance to spend time with his protégés as children again.

At the end of their stay, guests are encouraged to make peace with and embrace the dark things that brought them to Sanctuary and, should they choose to do so, reveal who they are.

That all being said, this is a Tom King story, so of course things go terribly, terribly wrong.

Heroes in Crisis is a murder mystery the begins with a massacre, King said, but it’s also an examination and deconstruction of DC’s heroes that wants to redefine what a major comic book event can be:

We’re going to do deep dives into the emotions of these characters and get into their lives in ways you’ve never seen in comics before, the way we did with Mister Miracle.

King said that the massacre at Sanctuary is a reflection on the gun-related deaths he once saw overseas during the war that he never imagined seeing in the US. But mass shootings are all too common, and King wanted to bring that specific sense of horror to Heroes in Crisis.

For Batman, Wonder Woman and Superman, the attack on Sanctuary is more devastating than any invasion or apocalypse. That’s because, again, the centre is the crystallisation of who they are as heroes and people:

Batman says something that still haunts me. It haunts all of them, too. “What’s happened is what always happens: Our attempt for redemption has turned into another quest for vengeance.” So we start with this mystery: Who did this and why?

Something’s been broken deep within the DC universe because the one place that should be safe isn’t. This is the effort of everything they’ve done torn apart and they have to solve that mystery.

As fantastic as it’s been to see Mister Miracle cast in a new, more nuanced light under King’s watch, it’s going to be interesting to see what King does with some of DC’s more prominent characters in the coming months.

DC’s most famous heroes have always been more mythological and grandiose compared to other publishers, but when Heroes in Crisis #1 drops on September 26, we’re going to see them at their most human and vulnerable.