Creative Assembly, the studio behind the Total War series, recently decided to revisit 2013’s Rome 2 — seen by many fans as the weakest game in the series in years — with a brand new expansion.

In the five years since Rome 2, there have been two excellent games based on Warhammer, an expansion for Rome’s sibling Attila, and Creative Assembly are now gearing up for a new historical blockbuster set in China, so the decision to go back and make new stuff for such an old (and poorly-received, relative to the rest of the series) game is an odd one.

Rise of the Republic begins in 339 BC, and takes place on a shrunken campaign map that zooms in on Italy and its immediate surrounds, focusing on the early days of the Roman Republic and its battles to expand and conquer its closest neighbours.

That should have gotten things off to a good start, since one of Rome 2’s biggest problems was its sprawl. But in execution, despite tinkering around the fringes of the base experience, Rome remains the dullest and least consistent Total War since maybe Napoleon.

Many of the same old issues that have plagued Rome for years still pop up. The entire family politics system feels like a pointless waste of time, there’s little useful variation between so many of the units… Creative Assembly can add as much new stuff as they like, but I guess there are issues at the very heart of the game that are just irreparable.

Which is something that’s intrigued me ever since this expansion was announced. It’s such a bizarre move to go back in time and release an expansion to a game this old, especially when it had already been superseded by Attila and Warhammer, that you have to wonder if the entire exercise was simply an attempt at saving face, taking one last swing at Rome to right some old wrongs, a vain gamble that hasn’t paid off. 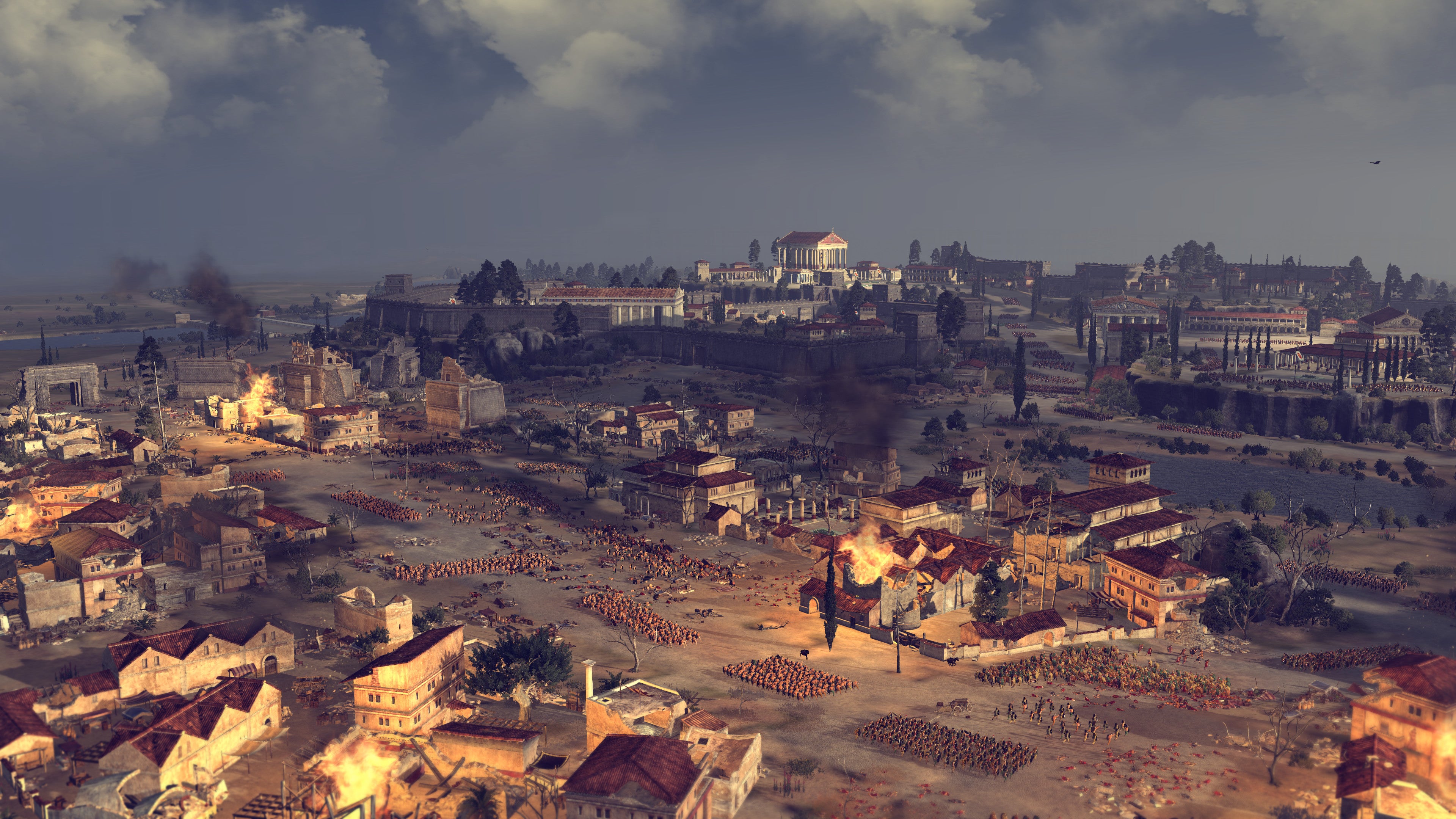 It isn’t a complete wash; probably the best thing about a recent update (coinciding with the expansion but free to existing users) is that the game’s visuals have been cleaned up, with a few graphical tweaks (especially the lighting and water) and some performance improvements. Even allowing for its age Rome 2 had always run pretty poorly, but it’s now much nicer.

So there’s that. But I can’t help but feel that Rise of the Republic was the wrong time period to choose to close the book on Creative Assembly’s recent ancient adventures. Maybe Majorian and his doomed attempt to take back the Western Empire in the 400s might have been more fitting, leaving both to be remembered as having tried, and failed, to restore the glory of Rome.