Unicorns Return To War, Horizon: Zero Dawn Gets A Board Game, And More Tabletop News

Welcome to the Gaming Shelf, our new roundup of tabletop gaming news, releases, updates and interesting Kickstarter campaigns — focusing on sci-fi and fantasy games, with the occasional exception of course (Machi Koro is too cute to ignore!).

Seeing as we’re on the heels of GenCon, board game companies have been showing off some of their best and brightest stuff over the past few weeks. Even as we head into mid-August, there’s still a lot of great scoops and news. Here’s a few of the highlights we spotted for this week. 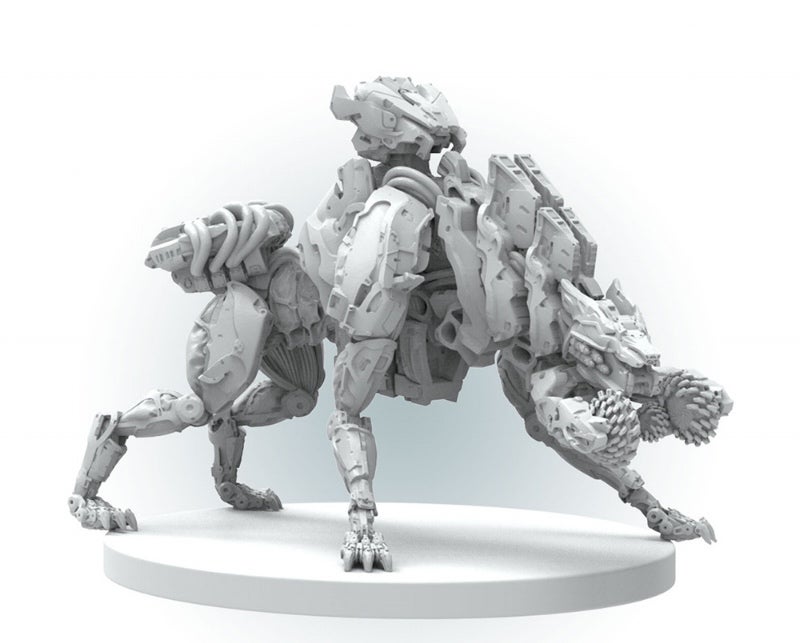 Steamforged Games recently announced it’s making a tabletop version of popular PS4 video game Horizon: Zero Dawn. The company hasn’t released much information about what it’s going to look like or how the gameplay will go, but it will be a tabletop miniatures game that looks to have some impressive robot dinosaur miniatures. The Kickstarter is expected to launch soon.

To Celebrate Machi Koro’s fifth anniversary, the series is getting a Legacy Edition! I’m a huge fan of narrative games, so naturally, this has me pumped.

According to Pandasaurus Games, the new Machi Koro Legacy will have a narrative arc that takes place over 10 games. After completion, players will have their own custom game they can continue using.

Pandasaurus worked with famed legacy game maker Rob Daviau (Pandemic Legacy, Risk Legacy) to create this version, and it will feature new artwork from Nobura Hotta, the original artist for Machi Koro. The game is set to come out next autumn.

Following its successful Fireball Island Kickstarter campaign from earlier this year, Restoration Games (which revitalises and re-releases older board games) has announced its next project: Revamping Dark Tower, a popular electronic board game from the 1980s where players race to defeat a great evil at the top of a big tower.

According to a post in Beasts of War, this version may differ a bit from the previous one, as it could be cooperative instead of competitive. The game will get a Kickstarter campaign some time next year and is expected to come out in 2020.

Free League Publishing’s latest open-world survival fantasy RPG, featuring lore by fantasy author Erik Granström and art by Nils Gulliksson and Simon Stålenhag (Tales From The Loop), has released its digital copy to Kickstarter backers. Anyone else who wants early access can make a pledge on the website, but only through to September 1.

The much-anticipated The Witcher tabletop RPG is finally here for digital download for $US25 ($34).

Announced over three years ago by R. Talsorian Games, the role-playing game takes place between The Witcher 2 and The Witcher 3, and lets players create their own monster hunters. Not everyone gets to play as Geralt, OK? I know we all want to, but we can’t. 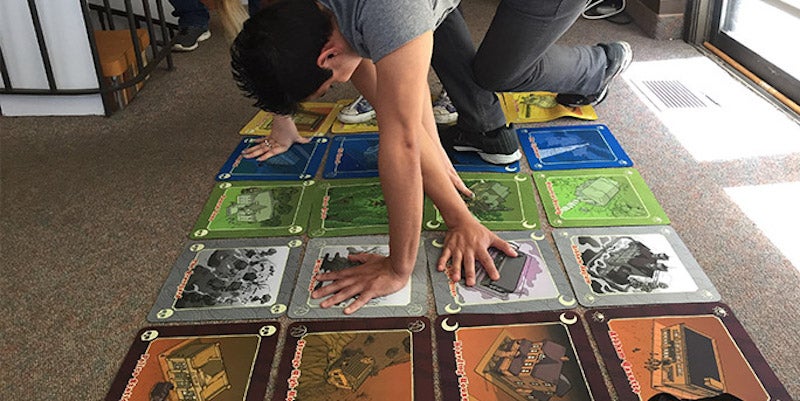 A’Writhe: A Game of Eldritch Contortions

Players join up in teams of two — one is a cultist, the other is a Great Old One — and work together to bring the Great Old One to our plane of existence. The cultist tells their deity where to place their limbs on a series of landmarks, and the deity obeys, creating a mash of limbs and god worship that’s perfect for people who think Twister doesn’t summon enough evil magic.

Guardians of the Abyss (Arkham Horror: The Card Game)

Fantasy Flight Games hosted a special event at this year’s GenCon called The Eternal Slumber, an investigation and storyline which will continue at Arkham Nights 2018, which takes place in October.

The one to four player standalone scenario is called Guardians of the Abyss, and surrounds a mysterious curse in Cairo, Egypt that’s putting people into comas. It’s now available for pre-order — for those who are interested in experiencing this year’s event for themselves.

Return to the Watch (A Game of Thrones Catan)

Another expansion from Fantasy Flight Games, this brings more of the Brotherhood of the Night’s Watch to A Game of Thrones Catan. This is a follow-up extension to the Brotherhood of the Watch 5-6 Player Extension that came out last year, and brings new threats and hero cards — including Jon Snow himself, as the newest member of the crew.

Plaid Hat Games’ Guardians tactical card game is getting a new hero pack featuring four new heroes: Atrivoxx (a shadowy figure who can manipulate aberrant Void energy), Chamber (a daredevil pilot with an arm cannon), Nightshade (who can control nature) and Pandora (who has the ability to reshape time). General rules about Guardians can be found here.

A board game for two to five players — though honestly, you’re gonna want five — where you team up to save Angel Grove from Rita Repulsa and her army of monsters. The Renegade Game Studios game has already surpassed its fundraising goal and will be on Kickstarter until September 7. The game is expected to come out next winter.

A sandbox tabletop RPG where players team up as a starship crew that works on different contracts during a quadrant-wide civil war. As creator Christoph Sapinsky puts it: “We play to find out how the crew gets the job done, the choices they make, the rules they break, and the lengths they will go for their patrons.”

It will be on Kickstarter through September 19, and the game is expected to come out next May.

This is a Kickstarter-only expansion for Ramy Badie’s competitive card game Unstable Unicorns, and lets participants become directly involved in the process of observing how the Unstable Unicorns Universe (or UUU) is being expanded, and even sometimes deciding what characters get made.

Control & Chaos reached its fundraising goal in less than half an hour, and it will be on Kickstarter through September 15. The expansion is set to come out next March, but again, it’s only for people who participate in the Kickstarter.

This is the first story arc expansion for City of Mist, a neo-noir tabletop RPG “where legends and stories incarnate in ordinary people, granting them mythical powers”. Figures such as Captain Hook and Little Red Riding Hood find themselves embodied in regular citizens, unbeknownst to the rest of the city, forcing them to join the criminal underbelly.

Nights of Payne Town will include 10 individual cases that connect into one overarching plot. It’s already reached its fundraising goal and will be on Kickstarter until September 1. The expansion is set to come out next March.

For any GMs looking for some interesting new dungeon twists and turns, Philip Reed has made a series of challenge cards that can be used to randomly generate new dungeon crawl objectives. It will be on Kickstarter until August 25, and the cards are set to come out this December.