Valve Launches Steam.TV, Which Could Be A Twitch Competitor [Update]

Today, Valve quietly debuted what appears to be a new video game streaming platform, which could be a direct competitor to Twitch, called Steam TV.

Update (1:56pm AEST): It now appears Steam TV entered into this world a bit prematurely. The URL that was live just a few hours ago is no longer working and a spokesperson for Valve gave Kotaku the following statement regarding the matter:

“We are working on updating Steam Broadcasting for the Main Event of The International, Dota 2’s annual tournament. What people saw was a test feed that was inadvertently made public”.

Earlier today it came to light that the company had registered the domain Steam.tv after it was first spotted by Pavel Djundik, the curator of the third-party website Steam Database.

Hours later the site has gone from a blank webpage that simply read “Welcome to steam.tv” to a live feed of The International 2018, Valve’s esports tournament for Dota 2, its popular free-to-play MOBA. 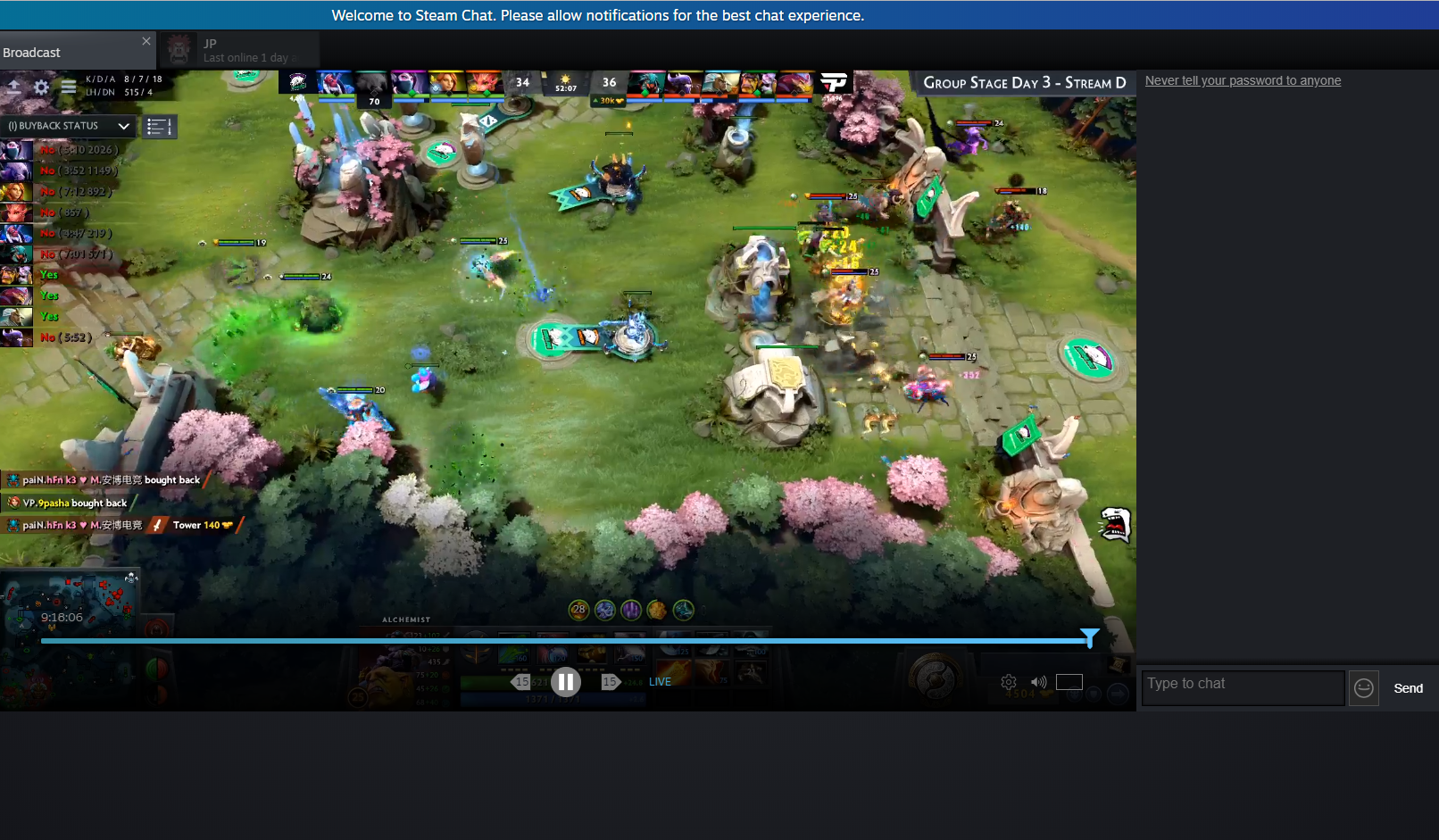 Valve already allows live broadcasts of video games at the Steam Community hubs for various games, but Steam.tv appears to be a much more robust platform with chat integration.

Based on my short time messing around with it, Steam.tv has the ability to easily create groups for discussing streams with people you know based on your existing friends list, rather than being subject just to the ambient conversation of a bunch of strangers.

Valve did not immediately respond to a request for more information about its plans for the platform.