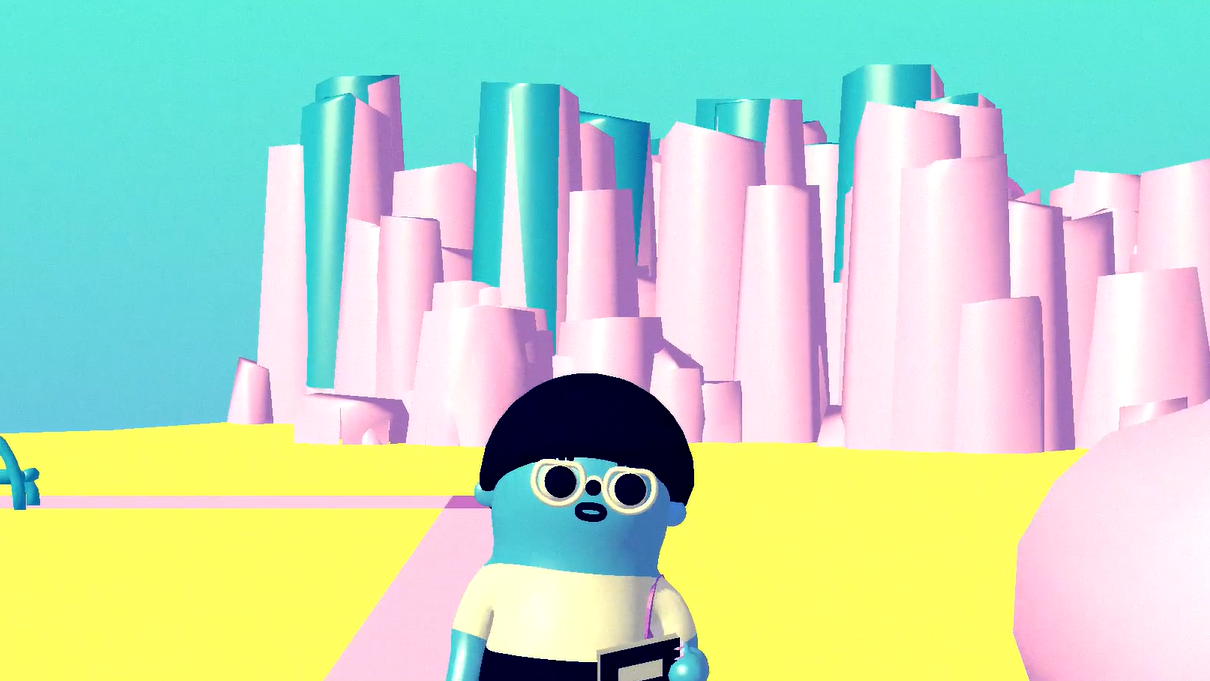 Once upon a time I painted a lot. I won some minor awards in high school, and I almost studied art in college. But the closest I ever got was watching Terry Zwigoff’s 2006 satire Art School Confidential.

It’s a about a wide-eyed college freshman whose idealism is beaten out of him by the pettiness, cynicism, and insecurity of the institution and its people. I decided to try to become an engineer instead.

Watching the sub-60 second trailer for in-development video game Art Sqool though, I fell in love with the idea all over again. It’s the creation of Julian Glandar and progammer Eugene Burd, the duo behind 2015’s whimsical exploration game Lovely Weather We’re Having. It makes the idea of practicing making art seem both inviting and worthwhile but still an incredibly weird undertaking.

The game revolves around collecting different paint brushes that allow you to tackle art assignments generated and graded by a neural network in the hopes of achieving creative fulfillment. Overall, it looks like a super chill reboot of the niche painting game genre, perfect for the stressful times we live in.

“I love drawing on the computer,” Glandar told Kotaku in an email. “A big chunky digital brush with anti-aliasing problems feels so good, and I’ve wanted to bring that tactile experience into a game for a while.”

Though he began prototyping such a game a few years back, it wasn’t until last spring when he found himself in Prague for a week suffering from writer’s block while trying to write a screenplay that the muses inspired him to finally make it a reality.

Glandar didn’t go to art school himself, so his portrayal of it is steeped mostly in his assumptions as a fascinated outsider. While he’s critical of art school for being so expensive, revolving around what he perceives as an out-of-date curriculum, and feeding into a larger art world industrial complex based on inequality, in his game he wants to focus on the potential art school holds within the popular imagination.

“In Art Sqool I’m more interested in replicating what I see as the positive element of art school,” he said. “It’s a safe place to be creative and explore ideas, with just a little bit of guidance and structure to help you when you get stuck.”

Making a neural network be the player’s teacher was his way of playing into the mystical element surrounding the whole endeavour. What makes something art? What makes something good art? Questions like these have haunted anyone who’s ever been forced to sit down and draw a bowl of fruit with a group of strangers.

By putting the potential answers to such squishy inquiries in the hands of an unpredictable AI, Art Sqool has the opportunity to break out of constricting urge toward representational excellence that’s can sap the magic out of related art games like the DS’s Art Academy. 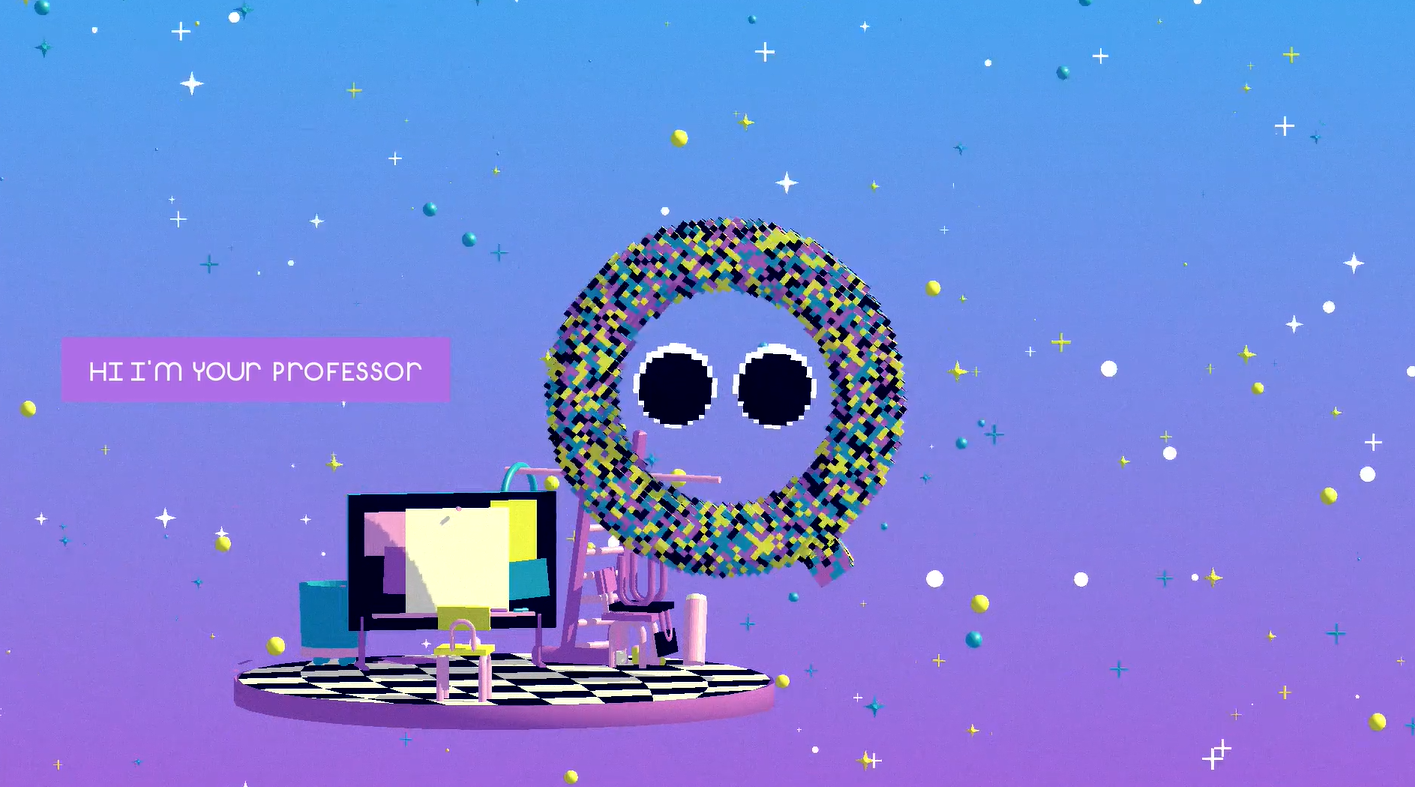 He went on, “I think because of how subjective it is, the act of art-making is really resistant to gamification. Which is what makes it appealing. It’s hard to think of too many games where being creative and making art is the central mechanic that moves things forward in a way that feels organic and real.” 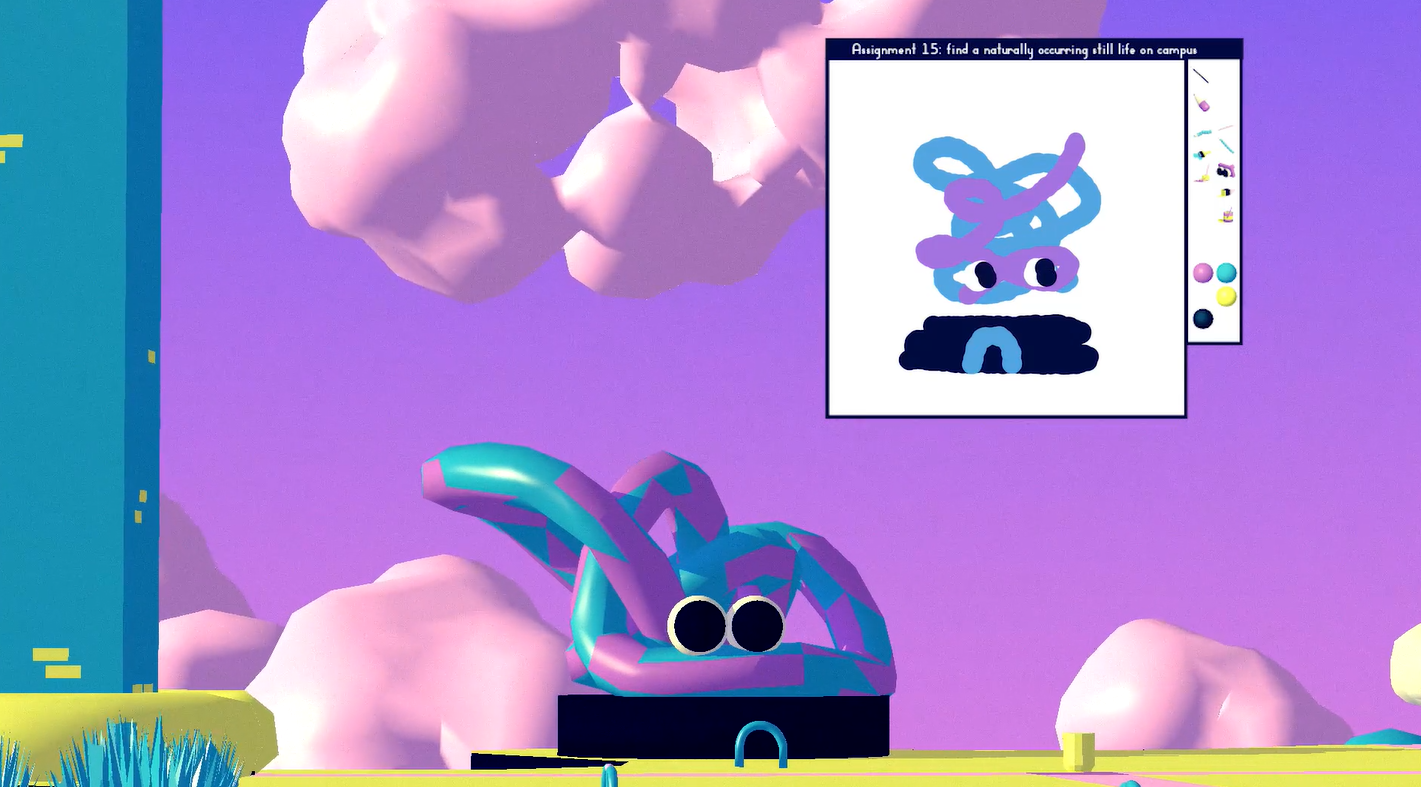 Art Sqool has a beginning and end. It even includes quests, collectibles, and scores. In this regard it’s gamier than a lot of its abstract peers in the indie space. But it will also contain a blank sketchbook where players can put that more traditional framework on hold to pursue their own idiosyncratic projects.

“It’s a really fun and wacky brush set; whether you’re a mega pro artist or you’re one of those I-can’t-draw people who’s scared of a blank canvas you’ll still be able to make cool images.”

Art Sqool is currently planned for release on PC and Mac early in 2019.