Carol Danvers is stepping into the spotlight for the long-awaited Captain Marvel next year.

But as part of her revamped origins, she won’t be alone at first—because she’s heading to the stars and meeting up with faces familiar and new to form an old-school comics team: Starforce. Here’s what you need to know.

Welcome to the Force

Starforce first appeared in Avengers #346 in 1992, fleshing out Marvel Comics’ cosmic alien teams by giving them the concept of having their own supergroups just as Earth had the Avengers and the X-Men. The Kree had been around for quite a while in the comics at this point, but long story short: As part of a storyline called “Operation: Galactic Storm,” the Kree were at war with another cosmic space empire, the Shi’ar (who already had history with the X-Men at that point). The Avengers were dispatched in an attempt to stop the conflict from reaching a point where Earth could be caught in the crossfire. 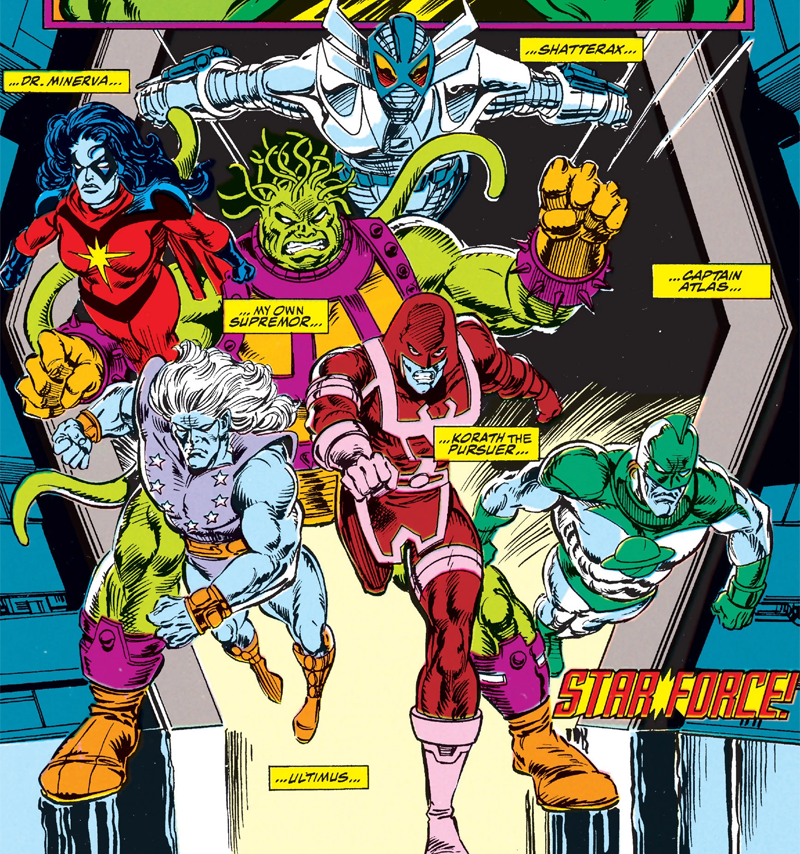 After Operation: Galactic Storm, the Starforce was pretty much disbanded—an alternate Shi’ar version of the team briefly formed, and eventually what was left of the original group was exiled from Hala as traitors to the Kree. The Captain Marvel version of the team might not have a mysterious manipulator from the shadows (although who knows, the Skrulls are in this movie after all!), but there are a few familiar faces from the original team, as well as some other figures from the Kree’s long comic history. 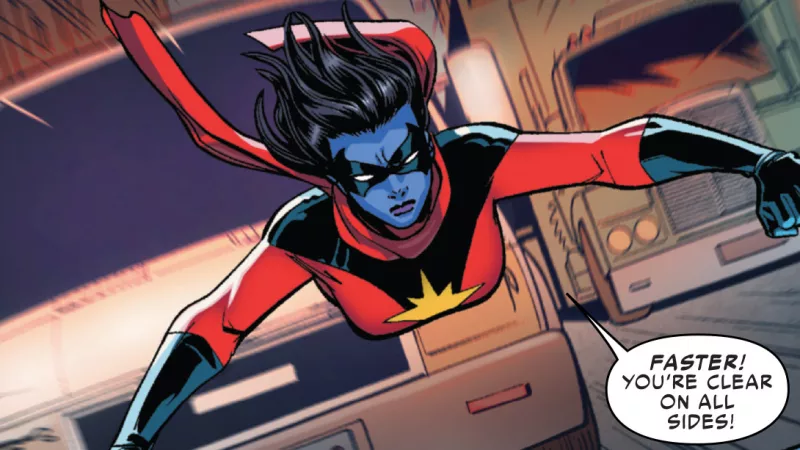 Dr. Minerva (or to give her her Kree name, Minn-Erva, played by Gemma Chan in the film) was a Kree genetic scientist, and a long-time villain of the original Captain Marvel, Mar-Vell (more on him later). Minn-Erva first came to Earth to hunt down Mar-Vell and mate with him, hoping that combining his genetic material with her own altered genes would create a new evolutionary step for the Kree people.

You can see why she was the one in on the Supreme Intelligence’s plan for Starforce in the first place, right? Minn-Erva seemingly died alongside Captain Atlas (more on him later, too) after the revelation of the Supreme Intelligence’s plan, but she’s popped up multiple times since, even recently in the comics as a threat for both Carol Danvers’ Captain Marvel and Kamala Khan’s Ms. Marvel.

Djimon Hounsou, who reprises the role for Captain Marvel.

In the comics, Korath was a geneticist similar to Minn-Erva—and was actually revealed as the architect behind the sinister Inhuman villain known as the Pursuer years before Korath himself actually debuted. During the Kree/Shi’ar conflict, Korath turned his experiments on himself, granting him superpowers including the ability that gives him his title—a psionic tracking skill that allows him to follow the brainwave pattern of his targets.

Korath survived the original duplicitous form of Starforce, briefly working with the Shi’ar-run version of the team in the wake of the Nega-Bomb’s detonation on Hala before being exiled. He eventually reunited with Ronan, but died after failing Ultron during the Annihilation event. 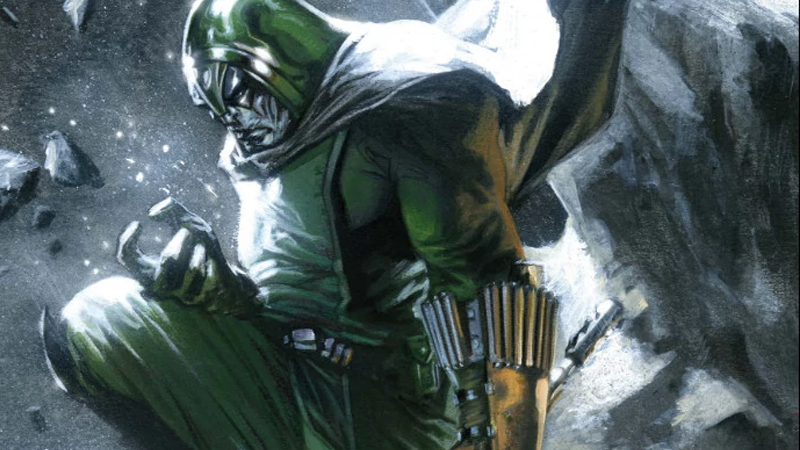 Fantastic Four to Captain Marvel. The Supreme Intelligence recruited Ronan into Starforce in the wake of the assassination of the Kree emperors, tasking the superteam with murdering the Shi’ar Empress, Lilandra, in revenge.

In the year’s since Hala’s ravaging, Ronan has become more of an uneasy ally, willing to help out heroes when it benefits what’s left of his people. And just last week (spoiler alert for recent comics), the ongoing Death of the Inhumans event revealed he’d been captured by a group of Kree deep space observers and transformed into a cyborg, with Black Bolt ultimately putting him out of his misery before he could be fully converted. Womp womp. 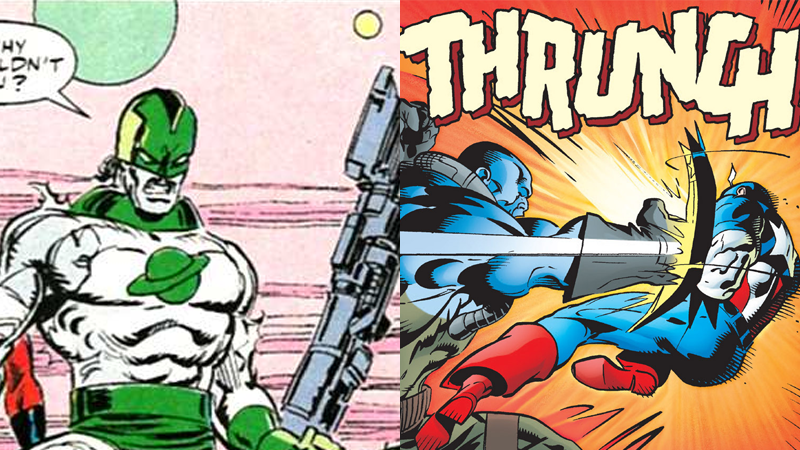 confirmed on Twitter he and Soto are playing Bron-Char and Att-Lass respectively, two notable Kree soldiers.

Bron-Char wasn’t actually a member of Starforce in the comics. He’s a minor Kree soldier who is best known for breaking one of Captain America’s shields. Admittedly it was just a replica given to Cap by the Smithsonian, so even that’s not particularly notable.

Att-Lass—also known as Captain Atlas—is, however, an original member of Starforce. When it was revealed what the Supreme Intelligence’s true plan for the Kree was in Operation: Galactic Storm, Att-Lass, a staunch loyalist, was so utterly disillusioned he promptly activated the self-destruct feature of his battlesuit and seemingly died by suicide.

Through retcons (or maybe just the fact he could’ve been lying about the “self-destruct”), Att-Lass briefly made a return as a member of Spymaster’s team to steal Tony Stark’s Iron Man armour in 2014 as the latest version of Titanium Man. 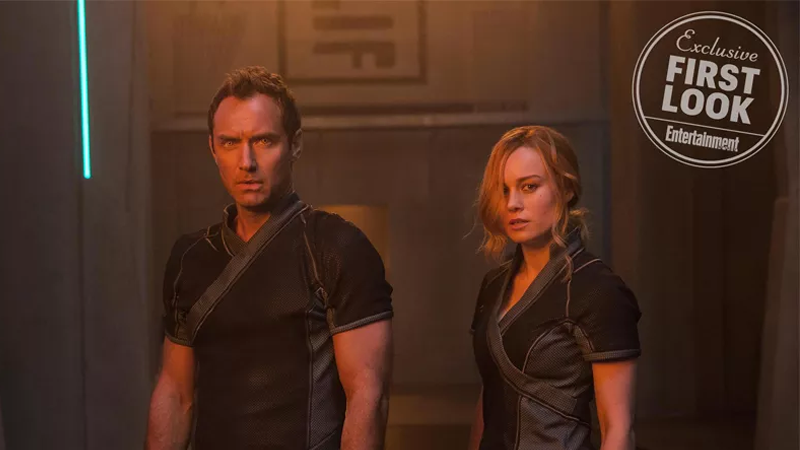 keep dancing around it. We know he has a special mentor relationship with Carol and helps her hone her powers, and is the leader of the Starforce in the film. But reports from when Law was first cast repeatedly noted that he’d be playing Mar-Vell, best known to comics fans as the first Marvel character to go by the moniker of Captain Marvel.

Mar-Vell came to Earth on a reconnaissance mission for the Kree Empire, but was ultimately enchanted by humanity and chose to adopt it as his new home, choosing to defend it from cosmic threats that ultimately included his own people.

Mar-Vell eventually fell in love with Carol Danvers, and even accidentally gave her versions of his powers after an encounter with some Kree technology (a version of Carol’s origins we know won’t be in the film). Mar-Vell was never around to be part of Starforce as they were in the comics though, because by the time they’d shown up he was, well … dead. He tragically passed away suffering from cancer in the iconic 1982 graphic novel, The Death of Captain Marvel.