When Littlesiha’s Twitch viewers tune in to her Just Dance streams, they’re usually greeted by an infectious smile and wicked dance moves. But even brightening people’s days takes a toll when you’re doing it day in and day out. One day last month, Littlesiha fired up her stream not to dance, but to have a heart-to-heart with her community.

“I’m going through something weird,” she told her viewers. “I’m just demotivated. After stream yesterday, I didn’t stretch or drink a protein shake or anything. I just went straight to bed. And I just stayed in bed the rest of the day.”

Littlesiha has been streaming Ubisoft’s series of dancing games for nearly four years, long before Twitch ever broadened its horizons to include sections for things like cooking, painting, and other creative endeavours. That set her apart from the crowd, because while everybody else was just sitting and playing games, she was up and dancing.

Every week, she dances multiple days away, giving her community a brief, sunny vacation from the stressful monotony of everyday life. It’s her dream job.

“I just went straight to bed. And I just stayed in bed the rest of the day.”

“I love this,” she told Kotaku over Discord. “Dancing is my ultimate number one love in life, and the fact that I get to do it for a job is something I never ever take it for granted. The positive vibes I give out on stream aren’t forced. It’s just what I’m feeling. It’s genuine complete and utter happiness because I’ve found a way to do what I love every day.”

That’s how she knew she needed to stop for a little while, she said.

The breaking point came toward the middle of last month. She realised that, after years of dancing on stream, she’d finally met the reaper that eventually comes for every streamer: Burnout. It was largely a matter of repetition. At this point, the Just Dance series has hundreds of songs, but when you’re performing every day, even a veritable Library of Alexandria of moves can start to feel like going through the motions.

“Hearing the same songs over and over again, that just drives me insane,” Littlesiha said, likening that repetition to when she worked at retail and found herself with an endlessly looping soundtrack following her around for hours each day.

“There are days where I’m just like, ‘I just don’t want to dance. I’m so tired of doing the same ones over and over again. I want to try some different kind of arts and crafts or I just want to play a game or whatever.’”

Ubisoft adds about a song per month to Just Dance, she said, which usually lasts her about a week before people have requested it a million times. Annual installments like the upcoming Just Dance 2019 also bring new songs, but those only arrive, well, annually. Recently, that’s made Littlesiha frustrated in a way that shows on stream.

“Someone would request a song and I’d be like, ‘No, I’m not doing it,’” she said. “It really wore down on me so much that I was just, like, completely snapping.”

Littlesiha said she doesn’t think it’s all that different from getting sick of seeing the same maps repeatedly in, say, Overwatch, but there’s an added physical component that viewers don’t always consider when they’re breathlessly putting in requests and wondering why their favourite streamer seems less cheery than usual. Dancing on stream every day takes a toll on the mind and the body.

“There are different things I have to do to manage it,” Littlesiha said. “I have to get a deep tissue massage every month, which sounds really nice, but it’s also really painful because they’re just going out of their way to get your knots out, so they’re kind of just making it hurt a little bit more.” 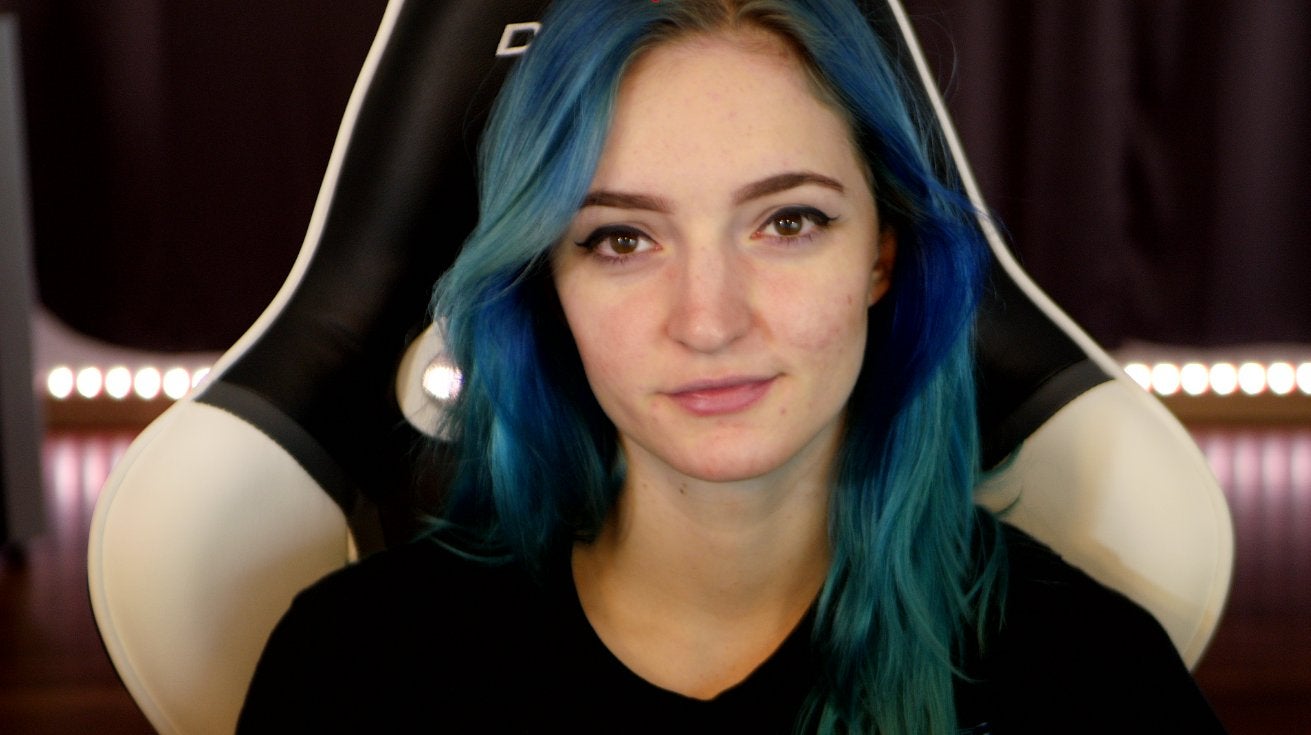 Paradoxically, however, Littlesiha’s also reached a point where she’s performed these songs so many times that, on an individual basis, they don’t really challenge her anymore. That, she worries, makes her streams less interesting.

“It’s not as hard for me to learn these dances and to excel as it used to be,” she said. “I can learn one of their dances after a couple tries, and I don’t mean that in a cocky way. It’s just that I’ve played it so much that I’ve gotten to the point where I know the formula of each dance, and it’s not hard for me to pick it up. So it’s getting harder and harder for me to get creative with streams when I’ve played all of the songs a million times.”

Then there are other little difficulties, the kind that pile up and form obstacles even the savviest dancers can’t help but stub their toes on: maintaining connections (and avoiding drama) among the small but growing Just Dance Twitch community, dealing with technical difficulties on stream, or figuring out how to upload stream highlights when Twitch mutes licensed music and YouTube either de-monetizes it or straight-up blocks it.

“It’s scary to think that you could go away for a weekend and come back, and no one would be there.”

So Littlesiha’s burnout is like regular Twitch burnout, but it’s also not. She’s trying to give herself time off from dancing and just take more breaks in general, but whether you’re the Internet’s favourite Just Dance sunbeam sprite or some rando doing dance emotes in Fortnite, the gruelling economic realities of Twitch are the same.

“Streamers are so worried about taking even just a week off—maybe even just two days off like a normal weekend—because they’re scared of what that subscriber drop is going to look like. They’re so scared that people are going to find someone else to watch.

It’s scary to think that you could go away for a weekend and come back, and no one would be there.” Nobody on Twitch is immune; earlier this year, top Fortnite streamer Ninja took a two-day break, during which he lost 40,000 subscribers.

Littlesiha doesn’t have to worry about that as much as some, because there aren’t many other streamers doing what she’s doing, but she still describes the prospect of a sub drop as “terrifying.” She understands, then, why people continue to stream even as burnout siphons the joy out of the job.

She thinks Twitch could mitigate this by offering some kind of standardised vacation pay to streamers, but realistically, she doesn’t think that’s “ever going to happen” because Twitch has positioned itself as a platform, and streamers are contractors rather than proper employees. 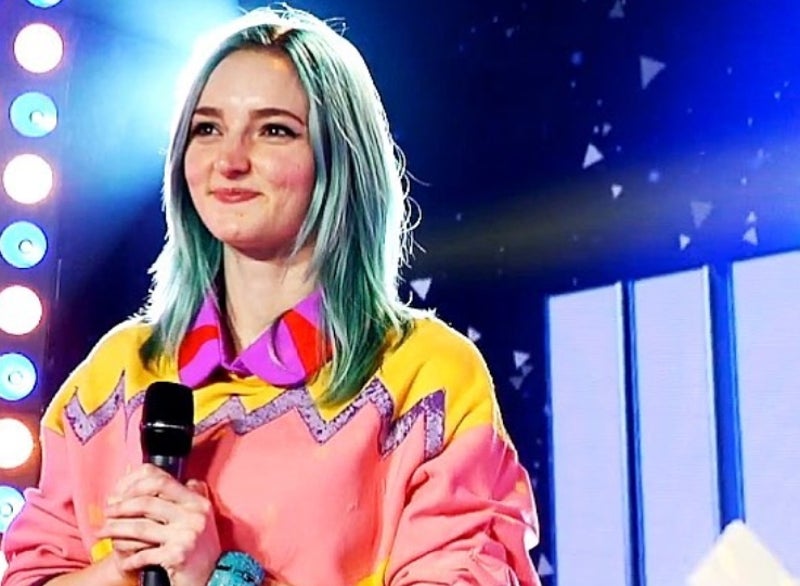 Despite the ups and downs, Littlesiha doesn’t see herself hanging up her dancing shoes or her streaming shoes anytime soon. Before Just Dance, she didn’t have any formal dance training. The game taught her to do the thing she loves the most, which eventually led to dance classes, dance school in LA, and multiple years competing in Ubisoft’s Just Dance World Cup—although she says she’s going to step away from that competition after this year.

“I’ve decided that this is my last one because it really is just too tiring to hear the same songs over and over again and constantly train and try to get every single song completely perfect,” she said.

Having gone to Germany for Gamescom and taken break days here and there, Littlesiha said she is already feeling better. She’s back to dancing, and the fact that she was able to bounce back relatively quickly is encouraging to her. She described her burnout as “really awful,” but she also feels like she’s “still got a lot more energy with this game.”

And while she’s not entirely sure what the future holds, she knows that she wants to keep dancing for as long as possible.

“I don’t see myself stopping for a long time,” she said. “But when it stops being fun, that’s when I stop streaming it.”