I dove into the Battlefield V beta last night. While I enjoyed the tense gunfights, I’m not so sure about some of the game’s changes. From shifts in how ammo is handled to changes to weapon customisation, my fun was tempered by some scepticism about what my favourite multiplayer shooter might be like at launch.

The first major change, and one that fans either seem to love or loathe, is limiting how much ammo a player can have. When you spawn in, you have two magazine for your primary weapon. This is fine if you’re running around as a recon soldier and nailing headshots with your Kar98, but if you’re interested in playing a more aggressive role like the assault class, it starts to become a problem.

Having only two magazines for my machine gun meant I kept running into situations where I was forced to pull out my pistol or otherwise shuffle to one of the many supply points on the map to restock. In theory, this change is meant to give the Support class more value.

If folks need ammo more often, it becomes essential to have a Support soldier in your squad to hand out those glorious bullets. In practice, because maps are so big and separation from your squad is common—either from being overwhelmed by enemies or tactically splitting up – it mostly leaves you in a pinch if you manage to survive more than a minute or two.

Sure, it might cut down on the sniper camp-fests that plagued Battlefield 1, but the more time I spend with this system, the more it feels like it doesn’t work. 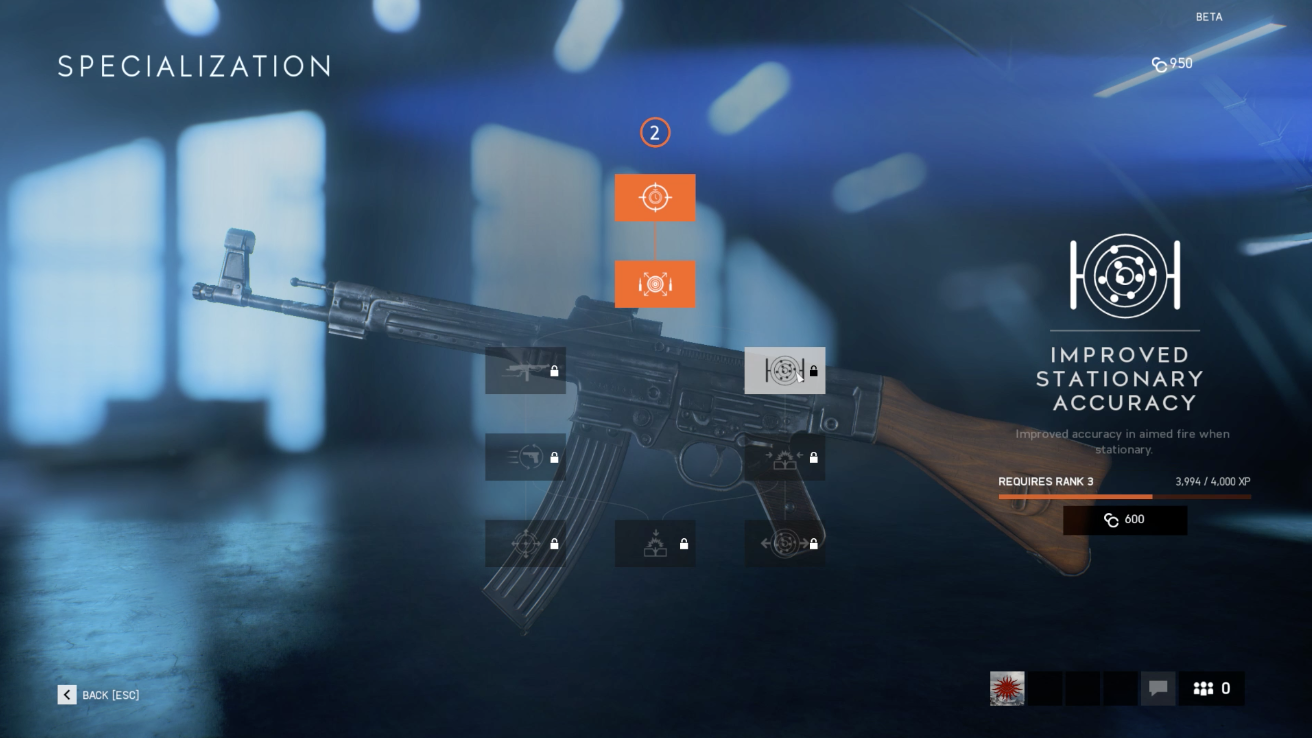 I’m not sure how I feel about the weapons upgrades, either. Broadly, you’re able to upgrade weapons with certain tweaks—faster reloading or ADS time—that take place on an upgrade tree with a few different paths. You choose which path you want to prioritise and then it’s locked into place for that gun.

If you want a different variation, you have to start upgrading a “new” version of the gun, which leaves you with multiple versions of a gun instead of, say, simply having attachments that you can swap out at will.

It’s clumsy, and it’s made ever clumsier by the fact that while you can alter your weapon’s cosmetics from in a match, you need to leave a match in order to select and make upgrades. This isn’t a deal breaker, but it feels unwieldy. I don’t think it’s an improvement over the more straightforward approaches of previous games.

Battlefield has always been a highly tactile series; it captures the feeling of running around and handling heavy weapons. Upgrades currently feel nebulous and divorced from the actual gameplay in a way that’s pretty noticeable for the series.

The result of these two systems is that players need to constantly resupply and to leave matches to upgrade their gear. It’s a lot of busy work that makes heroic flag pushes and dangerous kill streaks more of a rarity. Individual combat exchanges are fast and snappy, but the higher level pace of each match is oddly stuttered.

I think Battlefield V’s raw gunplay is some of the best of the series, but without some tweaks, that intense Battlefield feeling I’ve come to know and love doesn’t quite shine through.