‘Blackout’ Feels More Like PUBG Than Call Of Duty

Black Ops 4’s ‘Blackout’ battle royale mode feels a little bit like Call of Duty, but mostly feels like you’re playing one of those other non-Fortnite battle royale games.

Blackout’s closed beta launched today on PlayStation 4, and runs until September 17. Call of Duty’s first attempt at battle royale is currently only catering to 80 players per match, versus PlayerUnknown’s Battlegrounds or Fortnite’s 100-player count, but it still feels quite similar—it’s a frantic, fast-paced experience.

Blackout starts players in a helicopter set on a random route. Players drop down on the map with a wingsuit to navigate the descent, and eventually deploy a parachute for landing. It’s pretty standard stuff for the battle royale genre, but the wingsuit does feel nice.

Fans of the Call of Duty: Black Ops series will notice several familiar multiplayer map locations such as Firing Range, a snowless version of Array, Turbine, Cargo Docks, and a really-destroyed version of Nuketown. These locations are also littered with many of the series’ iconic guns, including a version of the glorious ICR assault rifle. 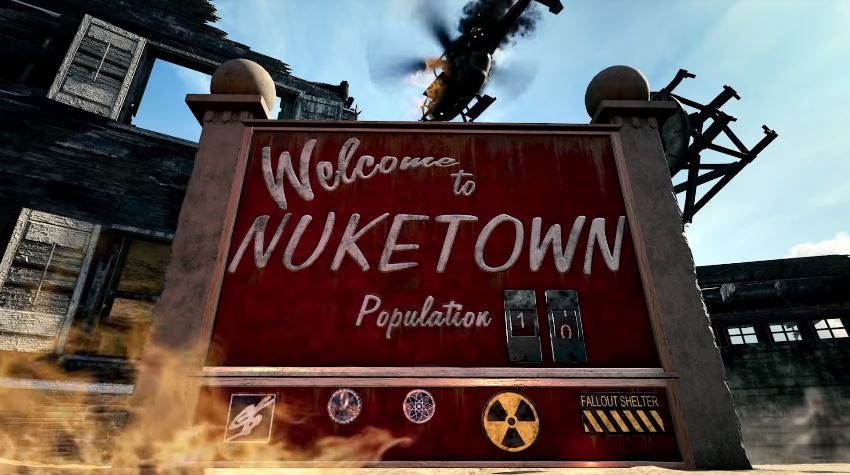 Even the ray gun from Zombies mode is here—not to mention the zombies! Thankfully, the undead are limited to certain zombie-themed map locations. While I’m glad they aren’t running amok everywhere, I think there could be a few more zombies at those specific sites to spice things up more.

Apparently, it’s possible that the circle can even close in on one of the spooky locations to force you into the battle royale finale of your nightmares, although this hasn’t happened to me yet.

Speaking of the classic, ever-shrinking battle royale circle, Blackout’s storyline explanation for this is that the circle is surrounded by the series’ noxious Nova Gas, which invades the map and shrinks the safe zone, forcing players to go head-to-head until there’s a victor.

Don’t worry though, this Nova Gas isn’t the thick, yellow-green smoke you’d expect, and the view looks pretty clear even as you get lost in the funk. It’s pretty mild as far as deadly poison gas goes.

So far, with over a dozen solo and duo matches under my belt today, my Blackout experience has been enjoyable. I’ve been playing Call of Duty for over a decade and can hold my own pretty well in multiplayer, but my first match of Blackout felt like my first panic-induced trip into PlayerUnknown’s Battlegrounds as I scrambled for a gun.

I dropped into Turbine for a little Black Ops II nostalgia, and I could hear other players running around me and opening other doors, but the first two buildings I searched only had attachments, bandages, and perks. No gun. I didn’t survive very long.

Blackout also brings Call of Duty style to the consumables. In addition to traditional health consumables, perks can be obtained, but they aren’t permanent as they would be in multiplayer.

Perks are a very limited consumable, and there seems to be a decent variety of helpful abilities. Dead Silence will temporarily reduce the sound of your footsteps, while Skulker will allow you to move more quickly while prone or crouching.

One of my biggest issues with Blackout right now is the initial search for survival. Battle royale games in general are all about finding the right guns and gear quickly, otherwise you’re probably going to die quick.

Right now in Blackout, it takes too long to read the names of the items and grab them. You have to press and hold square to pick things up, so the process of snatching a gun and armour can feel like an eternity.

It often seems like the time that you need to hold Square is inconsistent. Sometimes I grabbed things fast and other times the action felt really slow.

While searching for loot feels like a frantic chore, the vehicles handle quite nicely. ATVs can make for a quick getaway, or players feeling brave enough to make a lot of noise (or really desperate to outrun the Nova Gas) can traverse the map via Little Bird helicopter, Zodiac inflatable boat, or a cargo truck. And if you were dying to know if you’d be able to honk the horns on the vehicles: yes, you can. 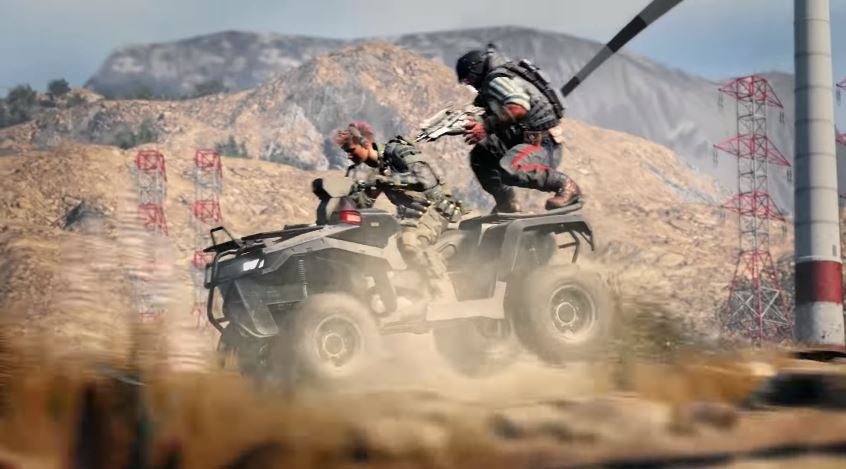 The Blackout beta feels pretty smooth in terms of its frame rate, vehicle handling, and overall gameplay. I’ve heard some complaints of frame-rate issues and poorer graphics from players using a standard PlayStation 4 console, but my Blackout experience has been great on the PS4 Pro.

Overall, Blackout definitely provides the battle royale vibe that people expect, while also dishing out nostalgia to Call of Duty fans by packing the map with popular locations and weapon choices from the Black Ops series. In terms of the battle royale genre, Fortnite still wears the crown, but I have a hard time comparing it to its competitors.

Fortnite isn’t going anywhere thanks to Epic Games’ creation of a super cute, colourful world with a unique building-combat system. However, Blackout exists for all the gamers who want a more realistic alternative.

Given my first impressions from the beta, Blackout might pull many players away from H1Z1, PUBG, or any other non-Fortnite battle royale game.