Devil May Cry is back. The combat is a blast, the dialogue is irreverent and snappy, and the game looks terrific. Best of all, Dante is in top form.

The setting of Devil May Cry 5 is based on London, with the city turned into a demonic hellscape. Dante and Nero arrive on the scene, ready to hunt demons in style. This time around, you get to play three different characters: Nero, Dante and a third known as V.

As Nero, I could use my Red Queen sword, revolvers and a variety of robotic arms known as Devil Breakers. Different Devil Breakers have different properties. For example, this being Devil May Cry meant that I could surf around on the robotic arm known as Punch Line. 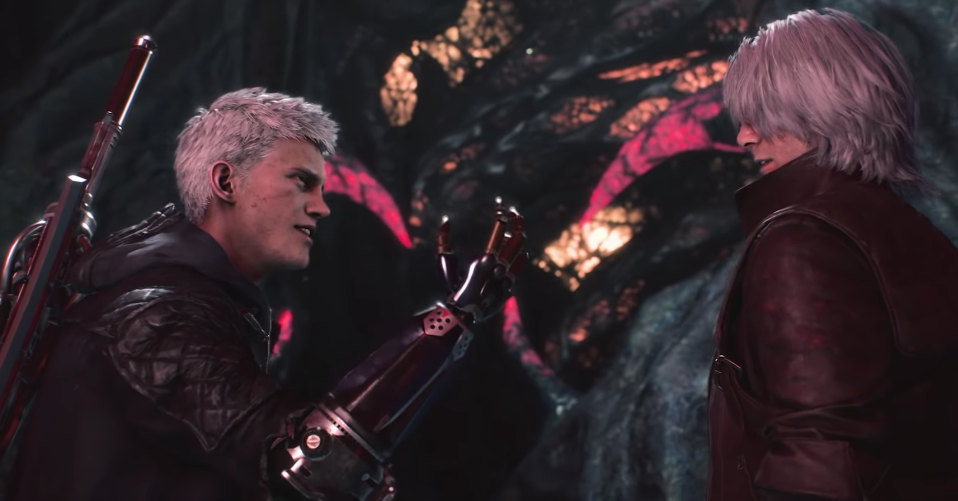 When I found myself stuck in a room full of demons, that Devil Breaker came in handy. I fired the robotic arm, which grappled onto enemies, pulling them towards me so I could pound them into dust.

During a boss battle, however, there was no way to pull a massive enemy towards me, so I fired the Devil Breaker and then used it as a zip line for close-quarters attacks.

You can carry four Devil Breakers at a time, but the downside is that it seems you cannot select which one you want to use on the fly. Instead, you have to use them in order. Bummer. 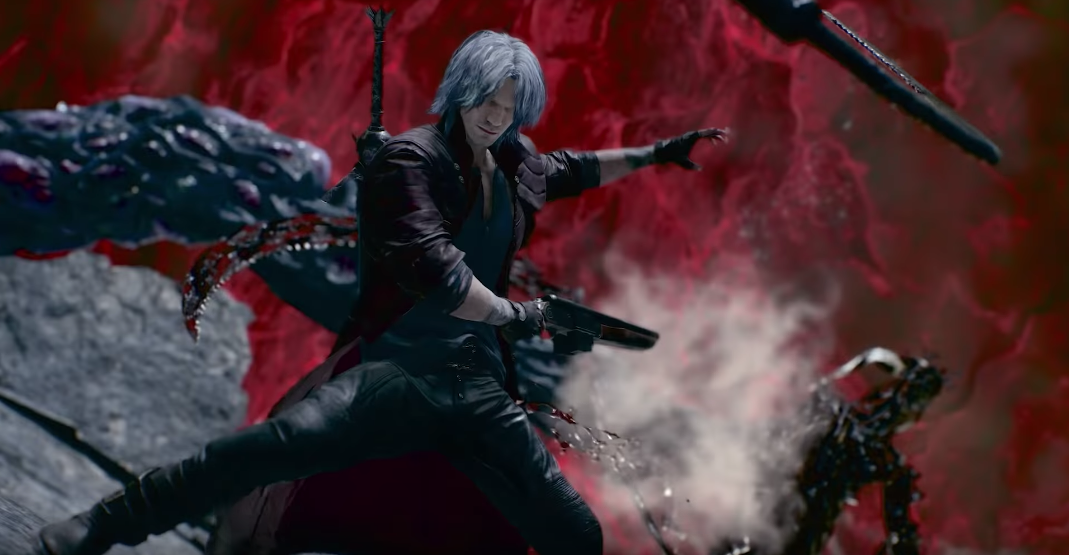 As Dante, I didn’t have a robotic arm, but I had plenty of havoc to wreak, thanks to the characters’ new Devil Arms.

One is the fiery Devil Arm known as Balrog, which let me unleash powerful kick and punch combos. It was effective and fun, but nowhere near as interesting as the other new Devil Arm, known as Cavaliere.

This is a motorcycle that Dante can do doughnuts over enemies. The bike can also split into two deadly buzzsaws. They’re heavy and slow when I swung them around, but they are effective at clearing clusters of enemies. 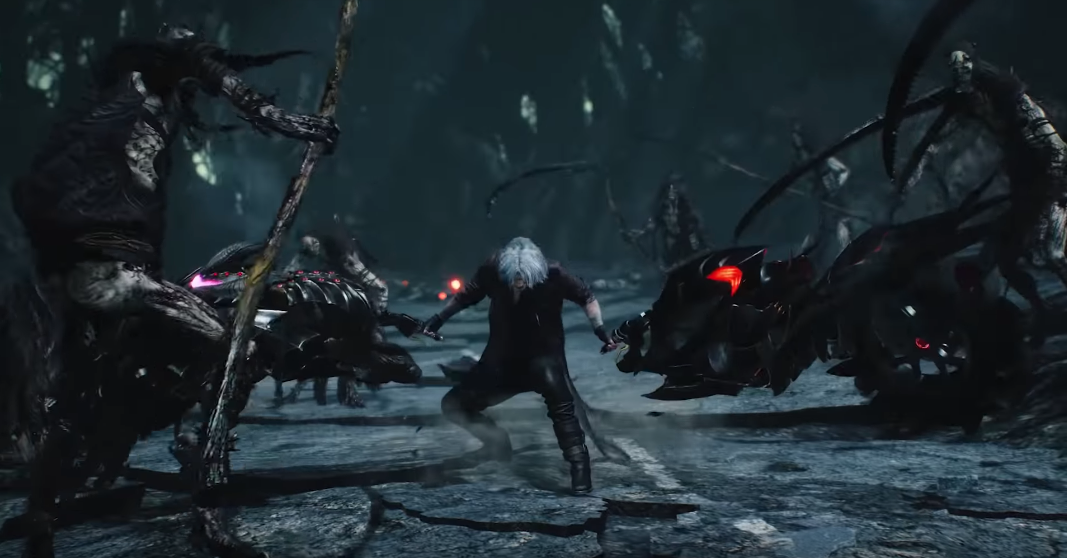 The bike is awesome. I just wanted to do doughnuts over and over again.

I would not have thought a motorcycle Devil Arm would be such a satisfying weapon. It sounds ridiculous, even for Devil May Cry, and unwieldy, but it’s so smooth and so easy to use that it overshadows the other new Devil Arm. Why punch and kick demons with fire when you can motorcycle over their faces? 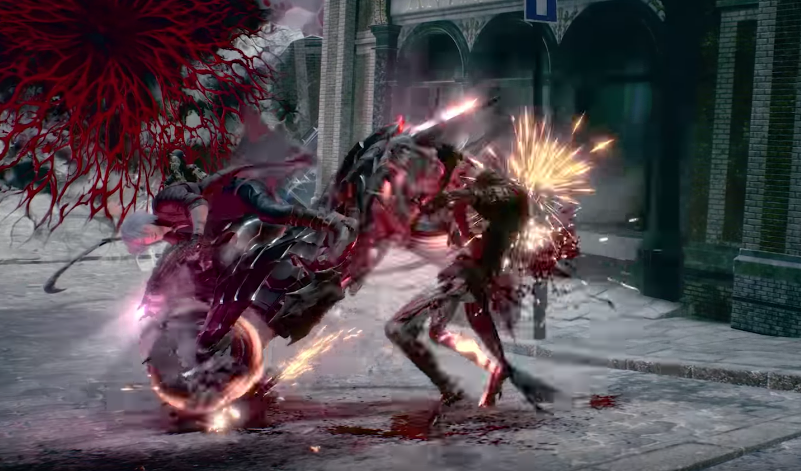 The gameplay experience isn’t only different for Nero and Dante, but noticed that I also played differently.

For Nero, I felt more calculated and less improvisational. I also felt like I’d need more time with Nero to truly appreciate the character in DMC5. For Dante, though, it was good times right away.

I was using ranged attacks, using the Trickster style to teleport dodge around and then get up close with my motorbike, guns and fists. Nero was fun, sure, but Dante was more so. Dante made me feel cool. Nero less so. But perhaps nothing better sums up those two characters?

But I wouldn’t want a Dante-only DMC5. Each made the game a different experience. Playing Devil May Cry 5 is like driving a modern sports car with multiple engine and suspension settings. The car might have a natural mode, a dynamic mode and a race mode. You’re driving the same car, but based on the settings, it’s like owning several different vehicles.

With Devil May Cry 5, it’s like slightly different games. Honestly, I can’t wait to see how V will play, because during my demo I was told it was not the same style.

In the trailer, V is carrying a book, so I’m assuming his style will be magic-based, but I look forward to finding out once it’s revealed. Maybe a tattoo special attack? 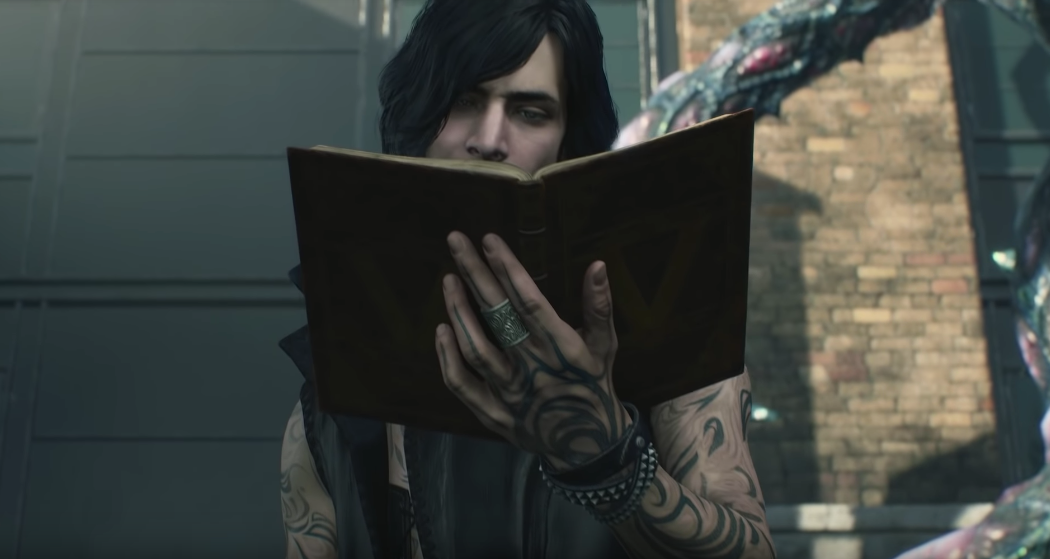 Whatever it is, that motorcycle will be hard to top.