In a new video digging through the Alpha and Network Test versions of Dark Souls 3, YouTuber Lance McDonald explores the game’s “epitaphs” that were cut before the final version of the game released to the public.

As McDonald shows in the video, the epitaphs are small statues that have little chunks of lore attached to it. It’s unclear if they were part of a bigger system in the game, or if a player might have been rewarded or punished for accessing them.

All we know from what McDonald has cobbled together is that they deliver about as much story or lore content as an item description.

As a piece of cut content, the epitaphs suggest that Dark Souls 3 might have initially been a little heavier-handed when it comes to story and fleshing out its world than the other games in the series.

The second epitaph, for example, says this: “To honour and shadowy retreats. Fear the sun’s temptations, and the winged executioner.” This is just as vague as anything else in a Dark Souls game, but that second part seems to specifically be calling out the winged knight that shows up just a little bit further ahead of the area this epitaph is found in. 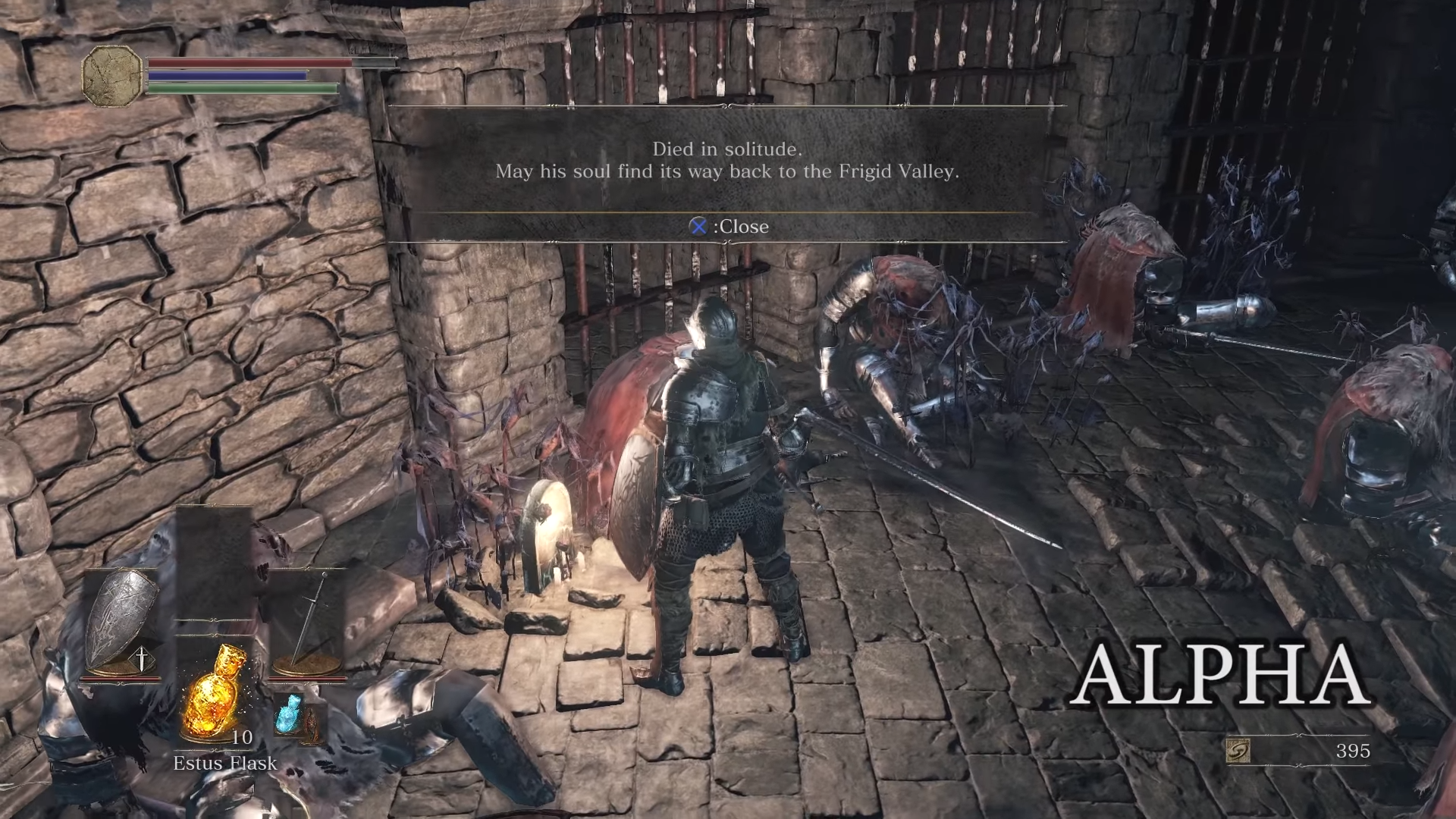 Despite these things being small changes, the few that McDonald is able to show off really do seem to point to a big change in the game. The Souls games love to muddy the story and lore waters by having characters deliver information about the world. Those characters will often lie, or tell half truths, and the work of figuring out the story is piecing together half truths.

Sometimes item descriptions tell us an “objective” truth, but more often than not they tell us about something a person believed or thought.

The epitaphs might have been too much of a commitment to the idea of a master narrator for Dark Souls 3, and the reason to remove them seems pretty clear to me. They’re up for interpretation, sure, but they’re also a lot more concrete than the way Dark Souls games tend to treat their information.