magicmagic the gathering arenamagic: the gatheringprocrastinationtabletop gaming
To sign up for our daily newsletter covering the latest news, features and reviews, head HERE. For a running feed of all our stories, follow us on Twitter HERE. Or you can bookmark the Kotaku Australia homepage to visit whenever you need a news fix.

I spent the better part of a decade with my head deep in Magic: The Gathering. I spent all my spare money on M:TG cards, I went to tournaments, I crafted decks, and I woke up in the middle of the night with ideas about possible combos.

I never did particularly well. Although I’m a competent player, I was an ordinary deck-builder, and stubborn enough not to net-deck everything. And even though it’s been more than ten years since I “retired”, there are life lessons Magic: The Gathering has taught me that have nothing to do with gaming and everything to do with living.

What’s the worst that could possibly happen? 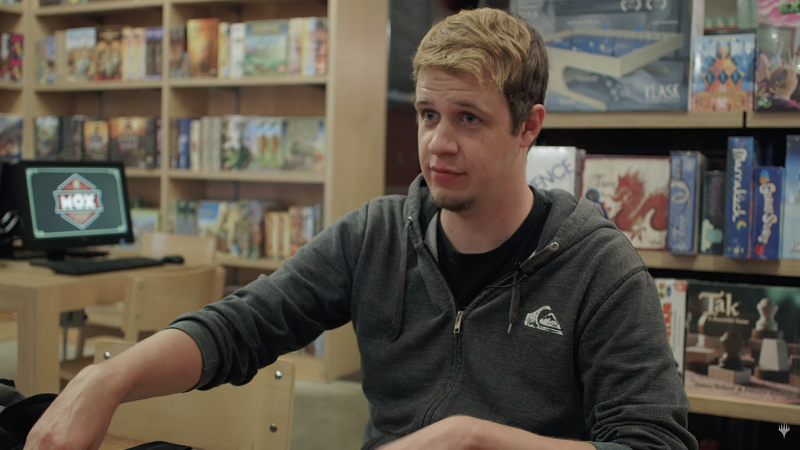 Magic: The Gathering)" loading="lazy" > Gerry Thompson, a Magic professional and two-time Grand Prix winner who recently protested at the World Championships -- thereby risking his livelihood -- to change the scene for the better. (Image: Magic: The Gathering)

This question is basically a mantra for me, and has been invaluable as a parent.

Part of the difficulty and wonder of tournament Magic is understanding the current Standard. The current set of cards, what mechanics are in play, how combinations might work, and what the worst possible card your opponent could pull out on you at any one time. That helps you measure where you should act now (see point 4) or wait (point 3).

IRL, I’m constantly trying to analyse my current situation to figure out if the worst thing that could happen is really that bad.

For instance, my daughter climbs a tree. My immediate, ingrained response is to tell her not to because it’s dangerous. But instead I’ll keep my mouth shut, because the worst thing that could possibly happen is having her fall. Instead, I’ll try to shuffle over to catching distance.

When possible, try to keep something in reserve. Every blue player knows they need to keep UU reserved for your Counterspell. (If you’re going to comment and tell me that Counterspell hasn’t been tournament legal for years, thanks in advance for making me feel old and out-of-touch.)

But the basic principle remains. If you have mana untapped, you’ve always got something up your sleeve. Just because you’re holding three basic land in your hand doesn’t mean your opponent knows that! If you’re totally tapped out, your opponent can do whatever they want to you.

If at all possible in life, it’s good to have something in reserve. When you’re running at 110% all the time, you start getting worn down, and simply getting sick throws everything into chaos. When you’re running at 90%, you have energy to deal with (most of) the unexpected things life will throw your way. In addition, you have a bit more time in your life for rest, and joy, and things that will refresh you.

Also, I’m a big believer in keeping a buffer in my bank account, for those times when unexpected expenses pop up.

I promise this isn’t just me trying to excuse my procrastination.

As a young Magic player, no single piece of advice has stuck with me as much as an article by Mark Rosewater in The Duelist sometime in the 90s, who wrote an article about how important timing was, and he demonstrated it by explaining how best to use a Giant Growth (G, Instant, Target Creature gets +3/+3).

A novice player would cast Giant Growth on his 1/1 creature and then announce their attack. Most opponents would simply take +3 damage, and you haven’t gained any strategic value. A better player would wait until their opponent announced that he’ll block your 1/1 creature with his 3/4 creature, and then cast GG to wipe out their superior creature. Tactical advantage.

There’s more nuance to that, but that’s the basic idea. If you leave things to the last possible moment, you give yourself the most opportunity to be flexible, and take the greatest survey of the situation. I do this all the time.

You know this about technology: if you buy something today, a newer model might well come out tomorrow. If I don’t need it today, I’ll wait until I absolutely need a thing, and then buy it. Or finances. When bills arrives, the due date will be three weeks from now. If I pay now, the money sits in their bank account for an extra three weeks.

If I wait 2.5 weeks, the money sits in my bank account and does it’s little bit to offset my home loan for that extra little bit. It’s an infinitessimally small difference, but compound interest adds up. There’s an entire field developed around just-in-time (or lean) manufacturing to handle supply and demand.

The only time when it’s not worth procrastinating is if it makes me work harder.

But if there’s a chance of it being less successful later, do it now This is the corollary to the last life lesson. If the opponent is tapped out and you can play your killer spell, do it now. Don’t wait until his turn where he can keep two blues untapped for the inevitable Counterspell.

In real life, this means a stitch in time really does save nine. Washing a cereal bowl is infinitely harder later than earlier. So wash it–or rinse it– after you use it.

This might also be my excuse for buying things when they’re on special. $20 now is $20 later, but a discount today won’t be around forever…

In Magic, we often obsess about life. But the fact of the matter is that life only matters if you lose it all. If you can take your opponent to zero life, then it doesn’t matter if you have 1, 21, or 1001. So it forces you to weigh life against all the other things in play: such as available mana and cards. It’s why Necropotence became such a lethal card.

To a rookie, it seems like a devil’s bargain. To an experienced Magic player, Necropotence is a great bargain.

What’s really important in life? Money’s only bad if you completely run out. Otherwise, having just enough is normally OK to get by.

I’m exceedingly glad that Magic: The Gathering has been in my life. I enjoyed all the games I played, but it’s the people I’ve met and the lessons I’ve learned along the way that have made me who I am, and taught me much about life itself.

A game that can do that is magic, I guess.