Last month, the giant rift in Fortnite’s sky closed, but not before it spat out a giant alien cube that’s stomping around the map. Players are eagerly tracking each new move, wondering what will happen when it finally stops. The cube’s latest route took it through Tilted Towers, where it destroyed what might just be Fortnite’s unluckiest building.

Fortnite’s map has undergone drastic shifts ever since a comet appeared in the sky and crashed into the ground back in May. Since then, a massive rocket launch caused the sky to crack and time rifts to alter massive portions of the game world.

That crack sealed, only for a massive alien cube to start roaming the map. It crushes whatever it comes in contact with and leaves behind glowing glyphs that distort gravity.

In a strange comedy of errors, it’s now destroyed a small shop in Tilted Towers. It’s a shop that has already spent most of this season recovering from a stray meteor strike. 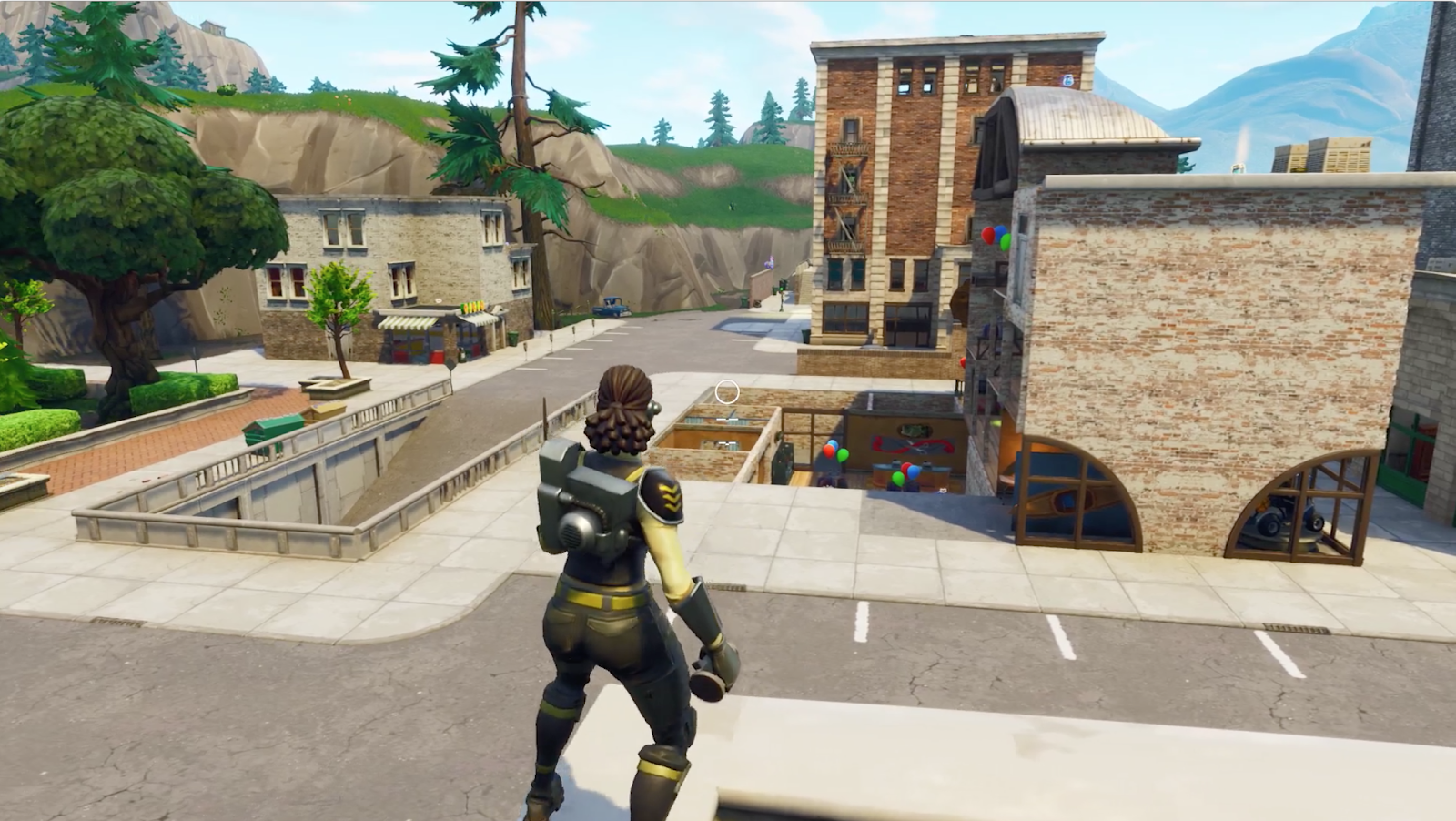 The building in question is a sporting goods store that was just “opening” in-game after slowly being rebuilt throughout season five. It was finished on September 6 and still featured banners advertising an upcoming ribbon cutting ceremony.

Previously, another building on that same site was destroyed near the end of season three when a rogue meteor landed at that location. Whoever owns that property in Fortnite’s vaguely-implied lore better have some good insurance.

The irony of the situation has not been lost on the game’s community.

“Watch this become an ongoing joke. Every season this building is going to be rebuilt and then destroyed,” one player said on Reddit.

“I would love this as a series of cartoon-style jokes where some really unlikely and elaborate bullshit knocks [the building] down,” another said.

The cube is still on the move, currently resting near the edge of Loot Lake. Most players assume that the cube will stop somewhere in the lake before activating and… doing something in time for season six next week.

Meanwhile, it looks as though anyone eager to buy some fishing rods in Tilted Towers will have to look elsewhere.

In case you missed it somehow, here's a look at what happened when the Cube entered the water! (via @LootLakeBR) pic.twitter.com/i31JZU18wb

The cube has completed its journey and splashed into Loot Lake, as many players suspected. Upon landing in the water, the cube dissolved. The lake now glows purple and has the same Flubber-like bouncy properties as the cube. It remains to be seen if the lake will further mutate in time for the end of season five.