Frostpunk’s New Expansion Is About Digging Through The Past

Frostpunk, a post-apocalyptic city builder, somehow manages to get even darker and more brutal in its latest expansion, a story-based scenario called The Fall of Winterhome. Rather than create and navigate my own messes, the game’s new scenario required me to clean up after somebody else’s with a feverish sense of urgency.

In the main game, Winterhome is an advanced technological outpost long thought to be a prosperous refuge for those fleeing Britain’s main cities during a terrible ice age. Later though, it’s revealed to have collapsed. By the time your settlers scout the location, all that’s left are ruins. The message is clear: if Winterhome couldn’t make it, what hope do you have?

Frostpunk‘s latest scenario, which released Wednesday for free, is about taking over the reins in Winterhome while it’s in decline. Rather than focus merely on survival and expansion as in the main game, The Fall of Winterhome places you in the middle of an existing settlement with goals that must be met quickly lest your citizens grow impatient, rise up against you, and exile you into the cold. Trust me, I speak from experience. I was chosen to take over as the colony’s leader in the aftermath of a civil war that burned half of Winterhome to the ground. My first order of business was to begin clearing out the wreckage. I was also tasked with boosting the populace’s hope in the short term and long term and keeping down discontent. Complications cropped up quickly.

There’s a veteran with a complex about the social safety net such that he prefers to sleep on the street rather than in other people’s homes. People find his cold and trembling figure disquieting, but getting him into a home requires disguising it as a Care House, an expensive and time-intensive diversion.

Meanwhile, people are getting sick and decisions must be made about whether to build more medical treatment centres or institute a brutal regime of amputate first, ask questions later. There’s a growing shortage of food but no readily available room for new hunting outposts and kitchens.

I can either start adding sawdust to stretch out the food or force soup on everyone and invite their outrage. Before I can even weigh the pros and cons though, people are reporting there’s a child stuck underneath some of the ruins I haven’t started clearing yet. 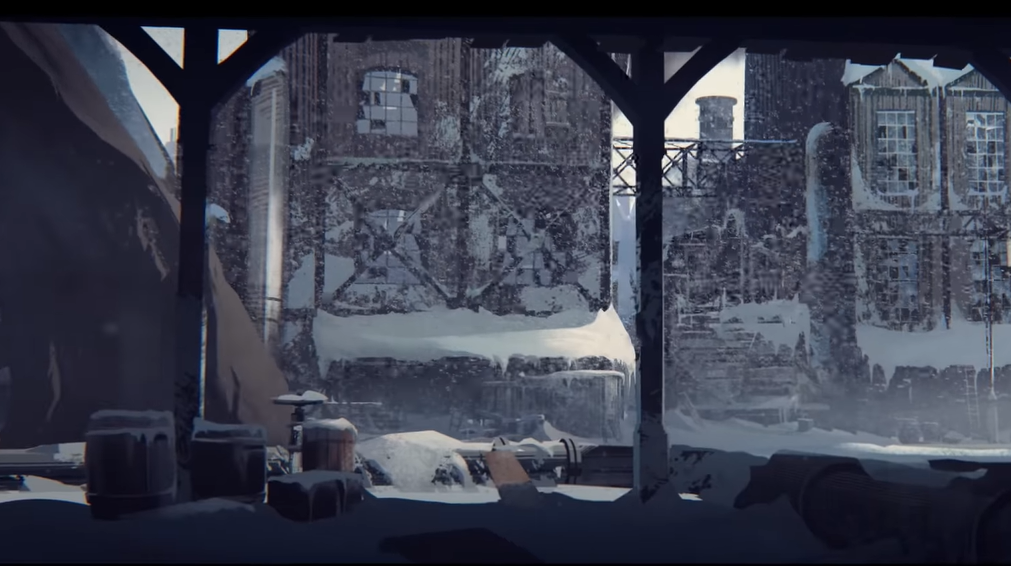 Being confronted with problems that don’t have obvious solutions is nothing new for Frostpunk, but what Winterhome does is hem you in and pile on deadlines. Trapped within the framework of an existing city you didn’t plan requires not just figuring out the best ways to move forward, but also the optimal ways to retcon the past. That means re-routing roads and moving buildings around, all while dealing with a population that’s been through so much that the smallest new disturbance, like bodies heating up from a poorly-placed snow pit gravesite, will send them spiralling.

Instead of trying to build up evenly — another coal mine here, more homes there — I had to meet an endless litany of demands using the resources of a city I didn’t create. Perhaps nowhere do these mutual feelings of responsibility and helplessness play out more effectively than while watching the reserves of coal dwindle down in the early morning hours before the next shipment is set to arrive.

There are a few new buildings and mechanics introduced, like a repair shop, and the scenario’s end game goes to some dramatic places if you are fortunate to make it that far. The real appeal of Winterhome, though, is the way it forces you to grapple with the past.

So much of Frostpunk is focused on looking towards the future and rebuilding society that it’s a nice change to be able to explore a part of the game’s world where hope and morality are based on dealing with the past as much as planning for the future. I’ve seen more misery in Winterhome than almost the rest of the game combined, but I still want to go back.