In this year of our Lord 2018, trailers for comic books are a thing that publishers desperately want to become a Thing™—despite the fact that trailers aren’t how comics have traditionally been advertised, and nobody seems to really like them all that much.

The biggest issue with “comic book trailers” is that, like trailers for books, the medium does a less-then-stellar job of communicating what the books are about. They also tend to mangle the comics themselves in order to make the images move like flash videos from the early aughts.

Because they focus on imitating trailers for live-action things in a way that simply don’t mesh well with still images, comic book trailers usually fail, which is what makes the “trailer” for Image’s new series DIE, from writer Kieron Gillen and artist Stephanie Hans, so great.

DIE tells the story of six friends who suddenly disappear one night while sitting down to play a tabletop RPG game. No one in their town can figure out what happened to the kids and eventually, people give up their search. But then, two years later, all six of the kids mysteriously reappear, miles and miles away from their homes, traumatized, and forever changed by the experience. The description alone’s solid, but the trailer—a triptych of cinematically-framed pages—will sell you on the series. 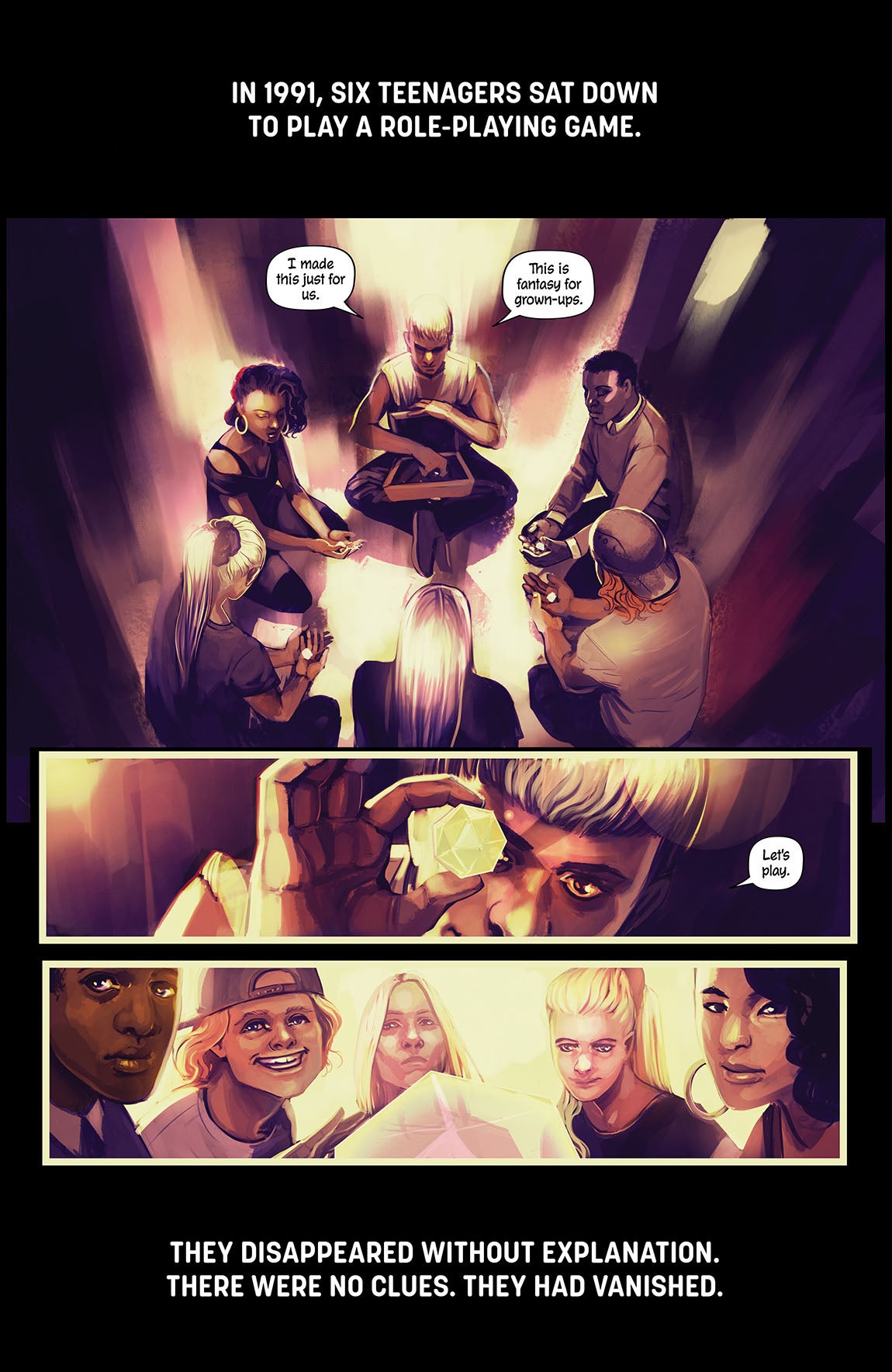 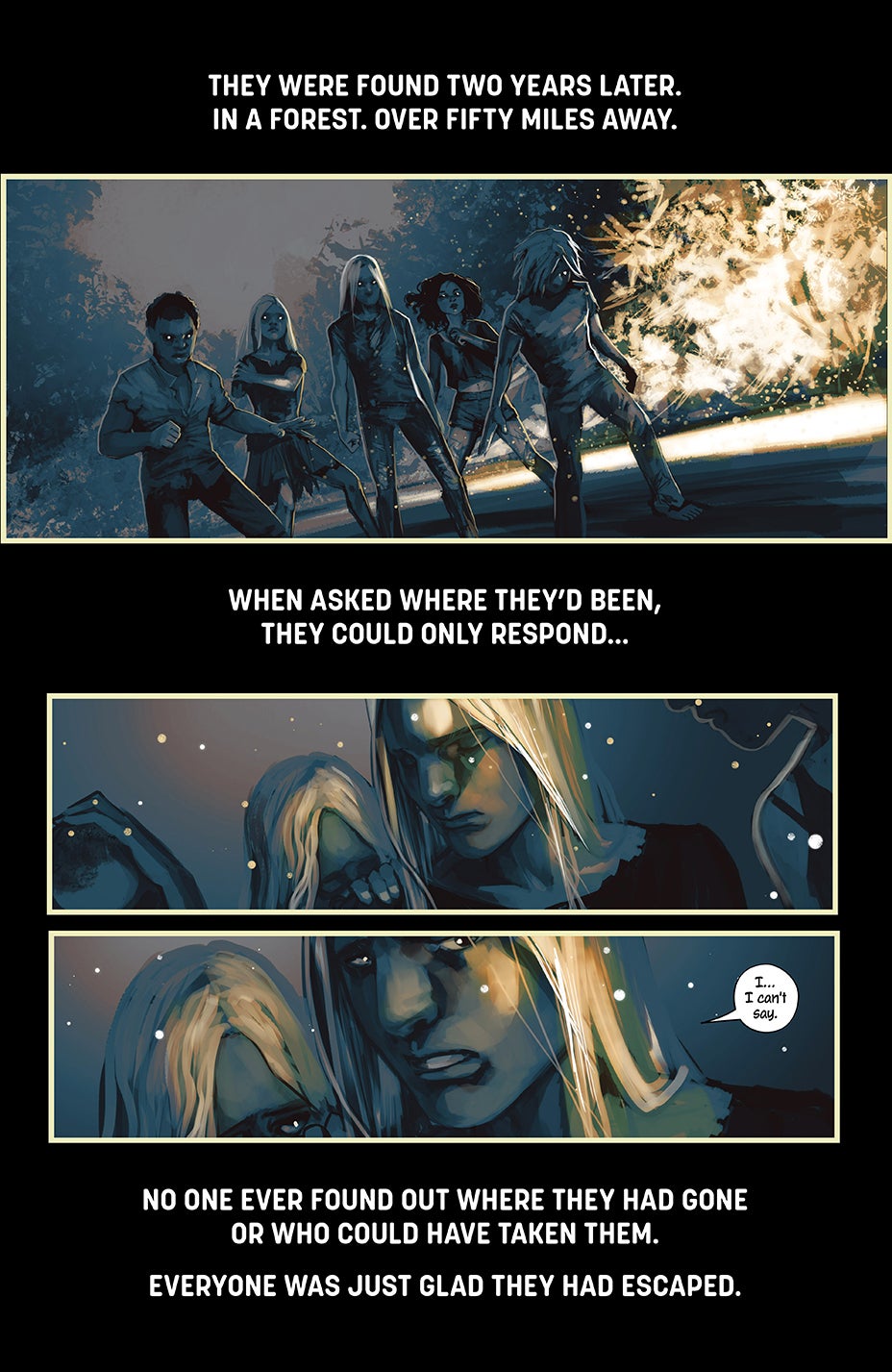 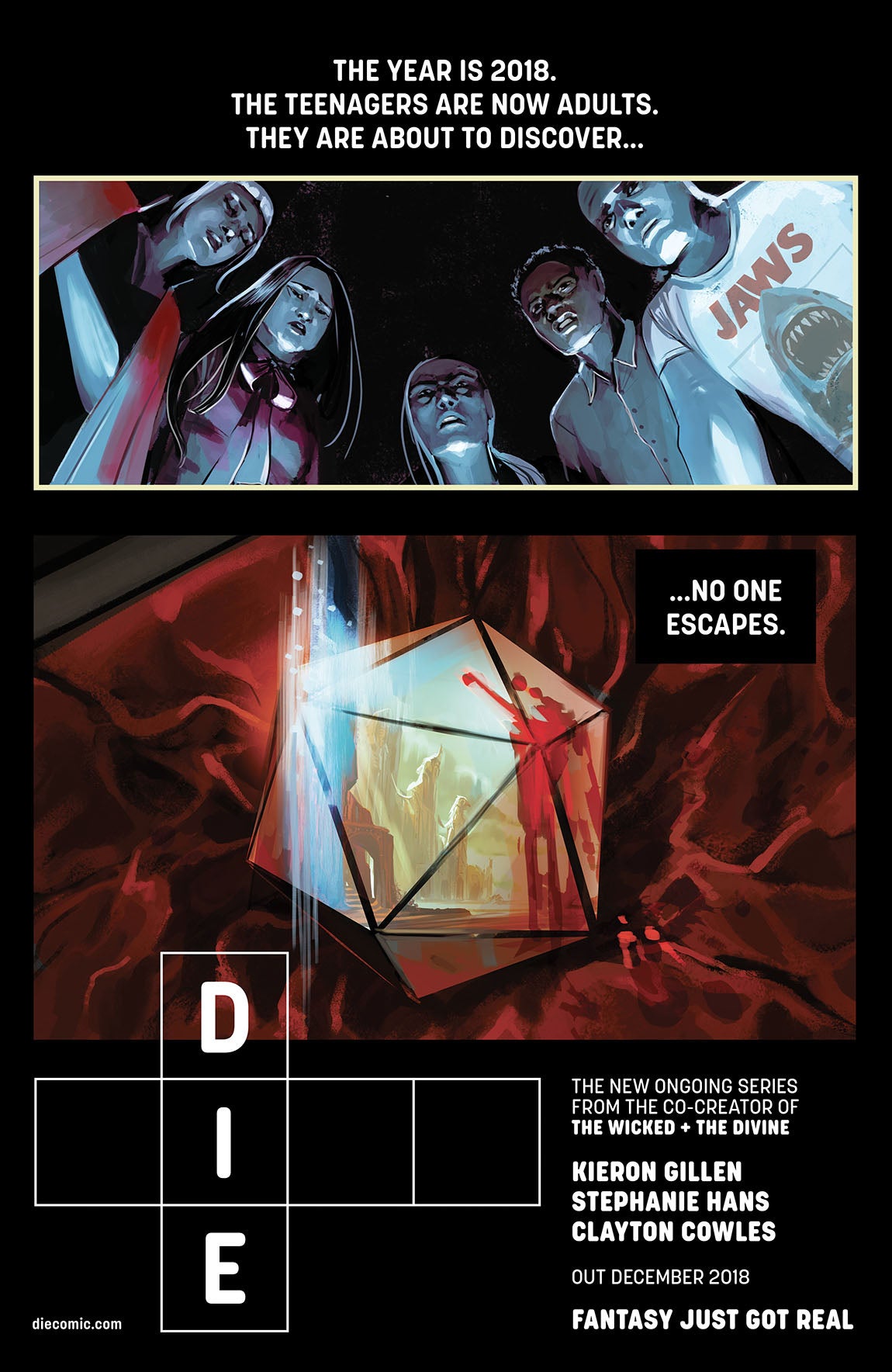