In This Week’s Best New Comics, The NYC Subway Isn’t So Bad And Gender Is An Illusion

Every morning, millions of people across the world crawl from their homes and make agonising journeys underground through the dark, dank portals we commonly refer to as subway systems. In exchange for money and pieces of our souls, these portals get us where we need to go — and, unfortunately, the prices we pay for those journeys climb ever higher and higher.

While they’re not all hopping the train, the heroes of this week’s best new comics are all journeying towards different things, including freedom, knowledge, and power. 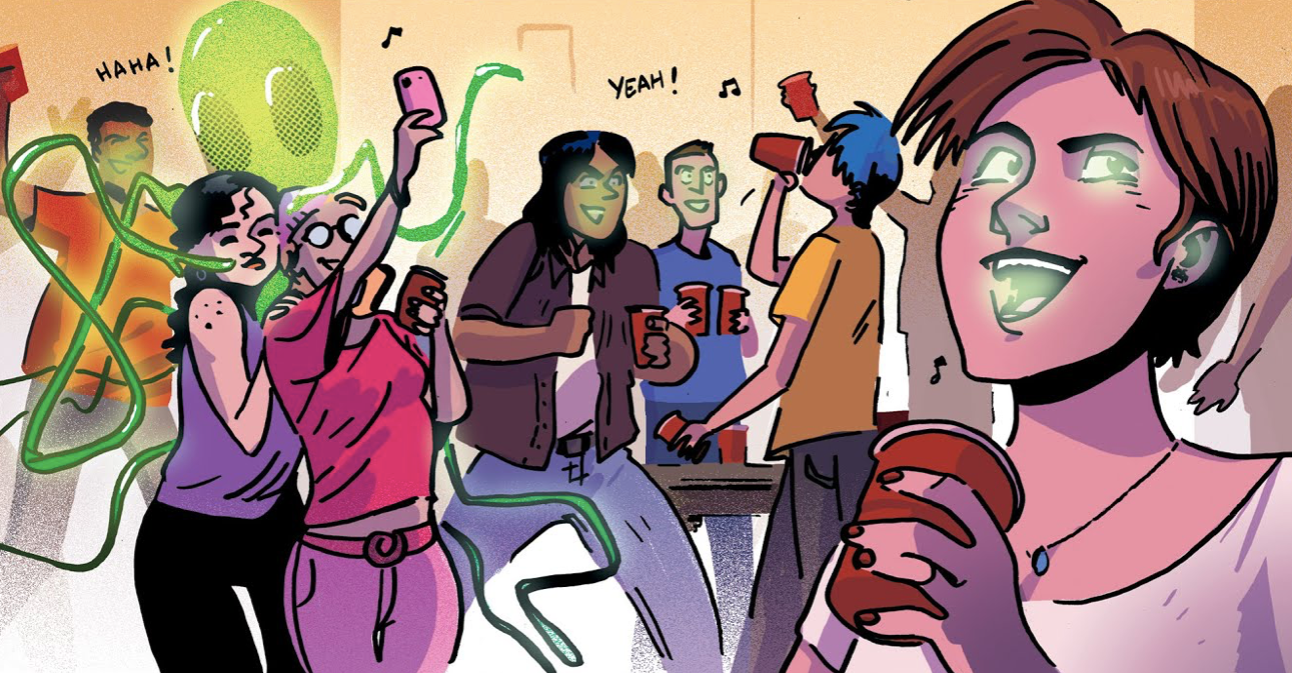 A bunch of kids partying and getting possessed by aliens. (Image: Geoffo, Lauren Perry, Image)

There are many excellent reasons why teenagers shouldn’t drink, but that’s never stopped them from pilfering bottles from their parents’ liquor cabinets and sneaking off to get sloshed with their friends. In most cases, this usually leads to brief windows of inebriated fun and regrettable decisions followed by copious amounts of vomiting. But in Image Comics’ Burnouts, from writer Dennis Culver and artists Geoffo and Lauren Perry, booze is a gateway drug to the truths that sober people can’t see.

Andy, the hero of Burnouts, is a Good Kid™ who gets solid grades and would never dream of disobeying his strict but loving parents. But Andy also can’t deny the fact that he still longs to be a regular teen and hit up the occasional party with his friends — something his parents would never condone.

Of course, Andy eventually makes his way to a party where, yes, there’s a bit of drinking and pot smoking, and while the experience doesn’t immediately turn him into a hopeless degenerate, it does change his life forever.

Andy’s one of the select few who gains the ability to see parasitic aliens when he becomes intoxicated, and he soon realises that a number of the local Bad Kids™, burnouts if you will, are part of a larger war involving extraterrestrial beings taking control of people’s minds.

Burnouts is a fun spin on the warped sense of righteousness that sometimes comes along with knocking back a few too many — and even though the comic might at first seem like it’s trying to make binge drinking cool, it’s also a very earnest warning about just what all kind of damage it can do to your life. Drink responsibly, adults. (Dennis Culver, Geoffo, Lauren Perry, Image Comics) 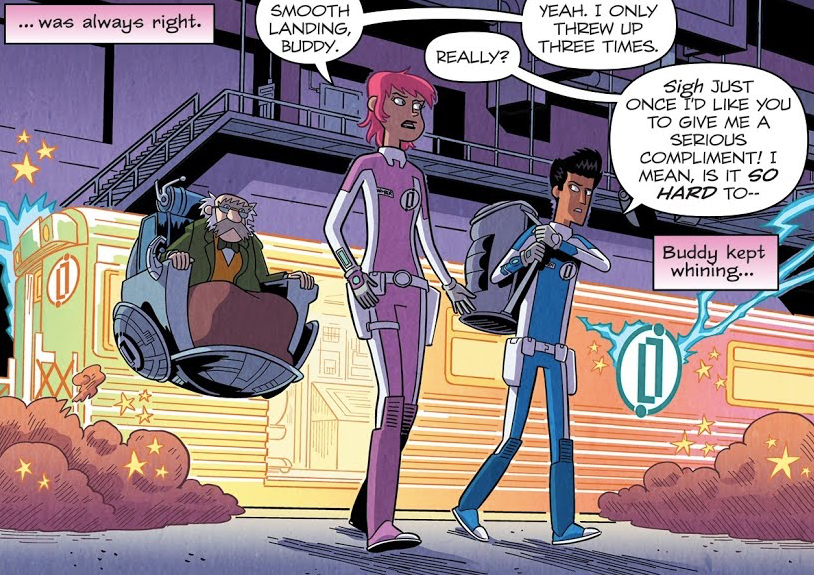 IDW’s Impossible Incorporated, from writer J. M. DeMatteis and artist Mike Cavallaro,exists somewhere between the Fantastic Four and Galaxy Express 999. The improbably-named Number Horowitz is a young genius who, like all children of missing super scientists, longs to be reunited with her long-lost father, who disappeared while testing an experimental method of interdimensional travel.

Fifteen minutes after Dr. Goliath Horowitz boarded the Non-Local Express, the train-like vehicle returned to its origin point, but Horowitz himself was nowhere to be found. Two years later, Number and her ragtag family of fellow geniuses have figure out how to pilot the Non-Local Express along the Infinite Spiral, the nexus of all things that acts as a kind of railway between various realities, but still have no clue about where Goliath might be or what happened to him.

Impossible Incorporated reads like a celebration (and a condemnation) of the subway systems rumbling and crumbling deep beneath the New York City’s streets that, in theory, should be able to get you damn near anywhere you want to go. Like the MTA, though, Impossible Incorporated‘s adventure is as perilous as it is promising. (J. M. DeMatteis, Mike Cavallaro, IDW) 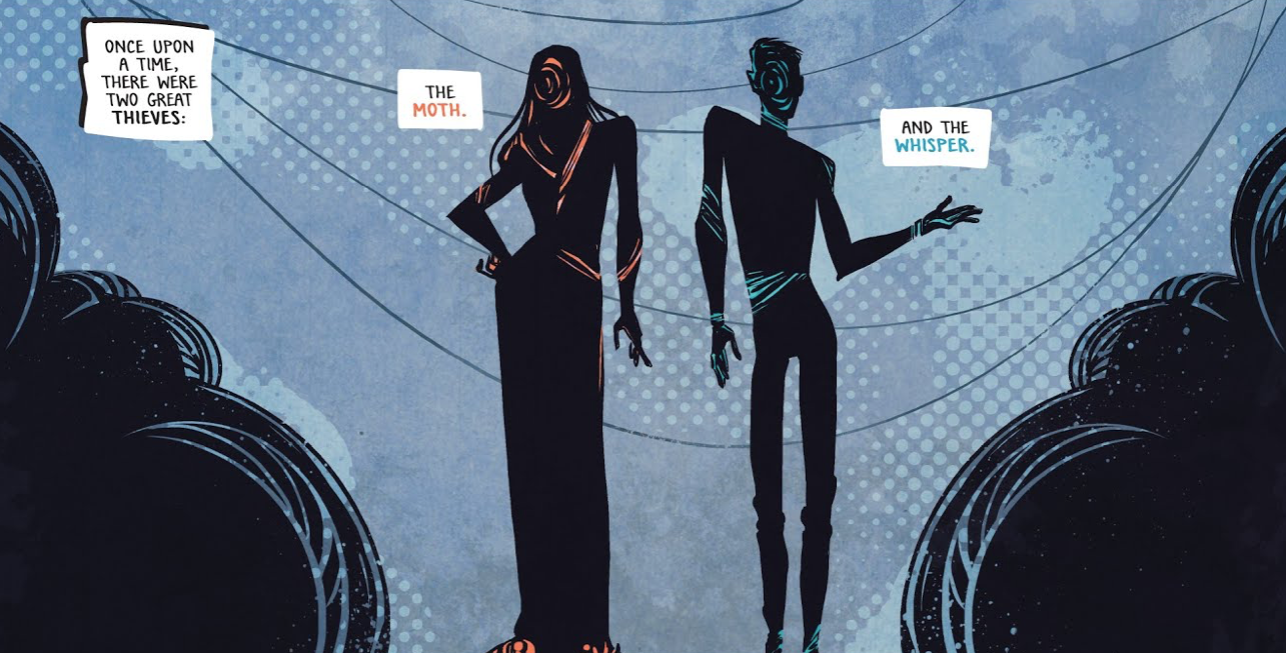 But rather than giving other thieves a chance to fill the vacuum left in their parents’ wake, Moth and Whisper’s child steps up to the plate to take over the family business by becoming both the new Moth and the new Whisper, effortlessly fooling everyone in the process.

Moth & Whisper is as much about the perils of pulling off heists as it is about how we all come to form our gender identities and, in many cases, experiment with ways to subvert and queer the ideas that come along with society’s gendered expectations. Between Anderson’s sharp scripts and Hickman’s bold, chic illustrations, Moth & Whisper is one of the strongest, most impressive comics centering a genderqueer character you’re going to read all year. (Ted Anderson, Jen Hickman, Aftershock Comics) 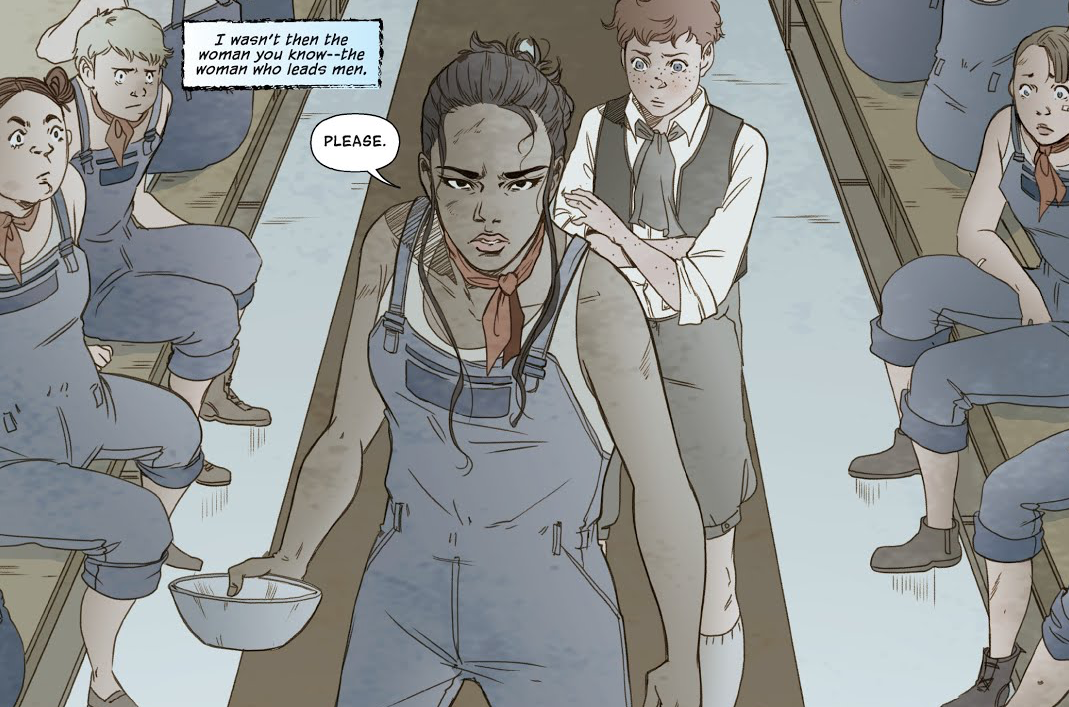 What Dark Horse’s Olivia Twist lacks in faithfulness to Charles Dickens’ Oliver Twist, it more than make up for with its timely story about a future in which xenophobia and capitalism have plunged the world into a series of devastating conflicts.

Writers Darin Strauss and Adam Dalva and artist Emma Vieceli reimagine Dickens’ Twist as a kind of parable about importance of valuing one’s self in a world where a premium is placed on the ability to do labour and generate profit for massive corporations. Like all orphans born into the new world’s underclass of people deemed “unsafe,” Olivia toils away in an internment camp for children, waiting for her 18th birthday when she, in theory, is meant to become free.

While the comic is ultimately building towards the moment Olivia joins the Esthers, a radical group of young revolutionaries looking to overthrow the system, the first issue takes its time to flesh out a world that feels like an organic outgrowth of the post-Brexit UK, as well as a warning about what that kind of shift in thinking can do to a society. (Darin Strauss, Adam Dalva, artist Emma Vieceli, Dark Horse)