I recently started a playthrough of Max Payne on Kotaku’s Twitch channel and was pleased to find that its stylish gunplay still holds up. I’ve not finished yet, but I snuck ahead to Max Payne 2: The Fall of Max Payne last night. The sequel contains one small change to bullet time that completely alters how combat…

Bullet-time is the magical ingredient that makes Max Payne’s gunplay work. Max’s low health pool means that even one stray bullet can spell disaster, turning the lowliest mobsters into dangerous foes. Bullet-time’s slow motion is the equaliser, and using it becomes a sort of puzzle.

In the first game, there’s a risk involved: bullet-time slows you down as well as your foes. It gives you time to react, but that’s about it. That extra reaction time allows you to choreograph the action to your advantage. Max Payne 2 changes that dynamic.

In Max Payne 2, if you’re good enough and keep kicking ass, bullet-time affects your character’s movement less and less. Each successful kill nets you more movement speed and, therefore, more time to rush through the room and find your next target.

That small shift makes a huge difference. Whereas gunfights were previously puzzles, they now burst open into one-sided stompings. Max moves as if he’s gulped down one of Mario’s super stars, barrelling into rooms like a bullet-barfing hurricane.

The first game’s gunfights lasted about four to five seconds, budget-sized slayings in which Max often still took a few hits. Max Payne 2’s bullet-time pulls in influence from films like Hard Boiled and Equilibrium, whose climactic hallway gunfight has a body count in the multiple dozens. It’s no coincidence that one of the game’s most popular mods recreates that film’s excessive gun-kata. Max has survived one game and earned a reputation as a mob-ending terminator. Max Payne 2 mechanically reinforces that with this change. 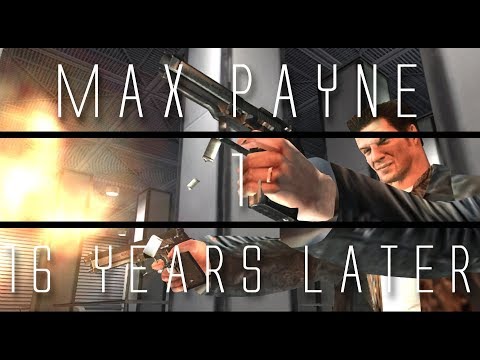 The History Of Max Payne

With cutting edge graphics and bullet time that had just been popularised by the Matrix films, Max Payne was one of the most iconic games of the early 2000's. But not many people know that it was first called Dark Justice when it was first pitched, or how Remedy was able to invest so much into the project in the first place.

In Max Payne 2, Max is no longer a scrappy underdog. He’s well aware of his role as an action game protagonist. That level of self awareness is key to the game’s structure. Max Payne 2 is aware that it’s “more of the same,” as Max is caught up in what he sees as an inevitable love affair and another conspiracy.