NBA 2K19 Is A Nightmarish Vision Of Our Microtransaction-Stuffed Future 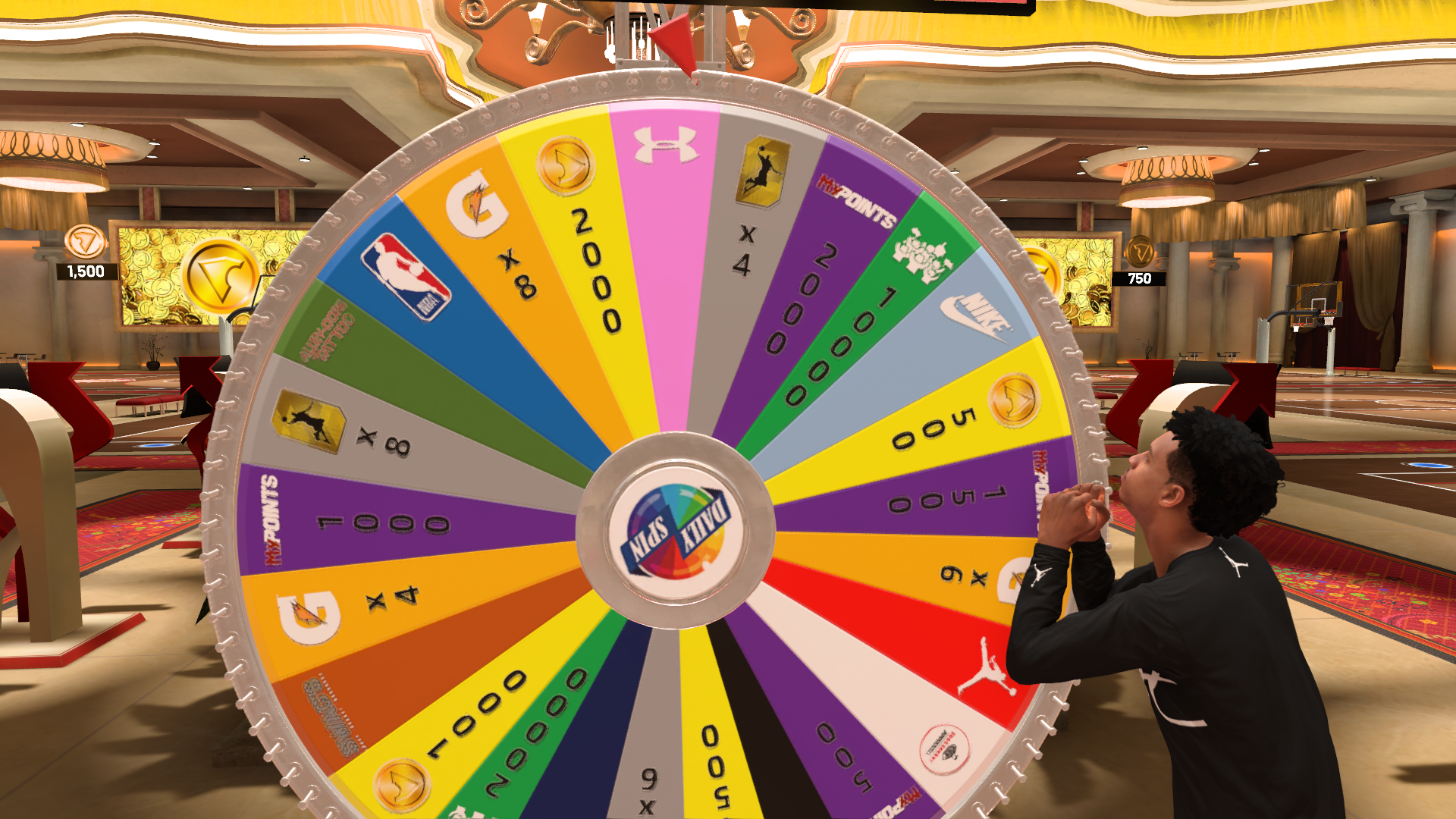 Let’s start with the good news: NBA 2K19 is not as egregious with its nickel-and-diming as NBA 2K18 was. But that being the good news is also what makes this the worst news.

Last year’s entry in what’s still the best basketball series (on the court at least) on the planet was heavily criticised by fans for the way it charged full retail price for admission then at almost every turn tried to bleed players for even more cash, not just for cosmetic stuff but for career progression as well.

It still sold well, of course, but the outrage was enough to convince 2K to walk back some of the more obscene parts of the game’s thirst for Virtual Currency (VC) in this year’s edition.

In 2K19 haircuts are back to being free, players can earn more VC after games, and there are more opportunities to pick up extra currency through daily activities, all of which makes 2K19 feel like there’s a slightly smaller boot to your throat every time you hit a menu screen. 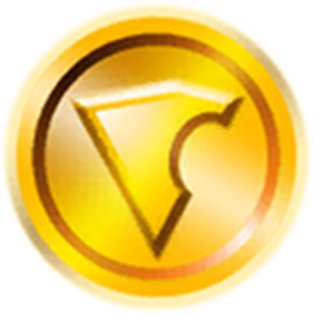 What’s VC?
Virtual Currency, or VC, is the lifeblood of NBA 2K19. It’s how almost everything in the game is obtained, from player stats to new sneakers. It can be earned in small amounts through gameplay, but 2K would really prefer if you just paid for large chunks of it with real cash.

That’s nice, I guess. But the place 2K19 has been walked back to is still ghastly, and if this is the safe, happy place a series thinks it can retreat to in order to make amends with disgruntled fans, then hoo boy.

NBA 2K19 is constantly begging you to spend VC. You’re asked to spend VC on Gatorade for performance boosts, on vehicles to make progression around the plodding Neighbourhood mode quicker, on shoes, on clothes.

It’s relentless, in your face the moment you turn the game on, and doesn’t leave you until the second you quit (quite literally, since GET VC is right there underneath QUIT). 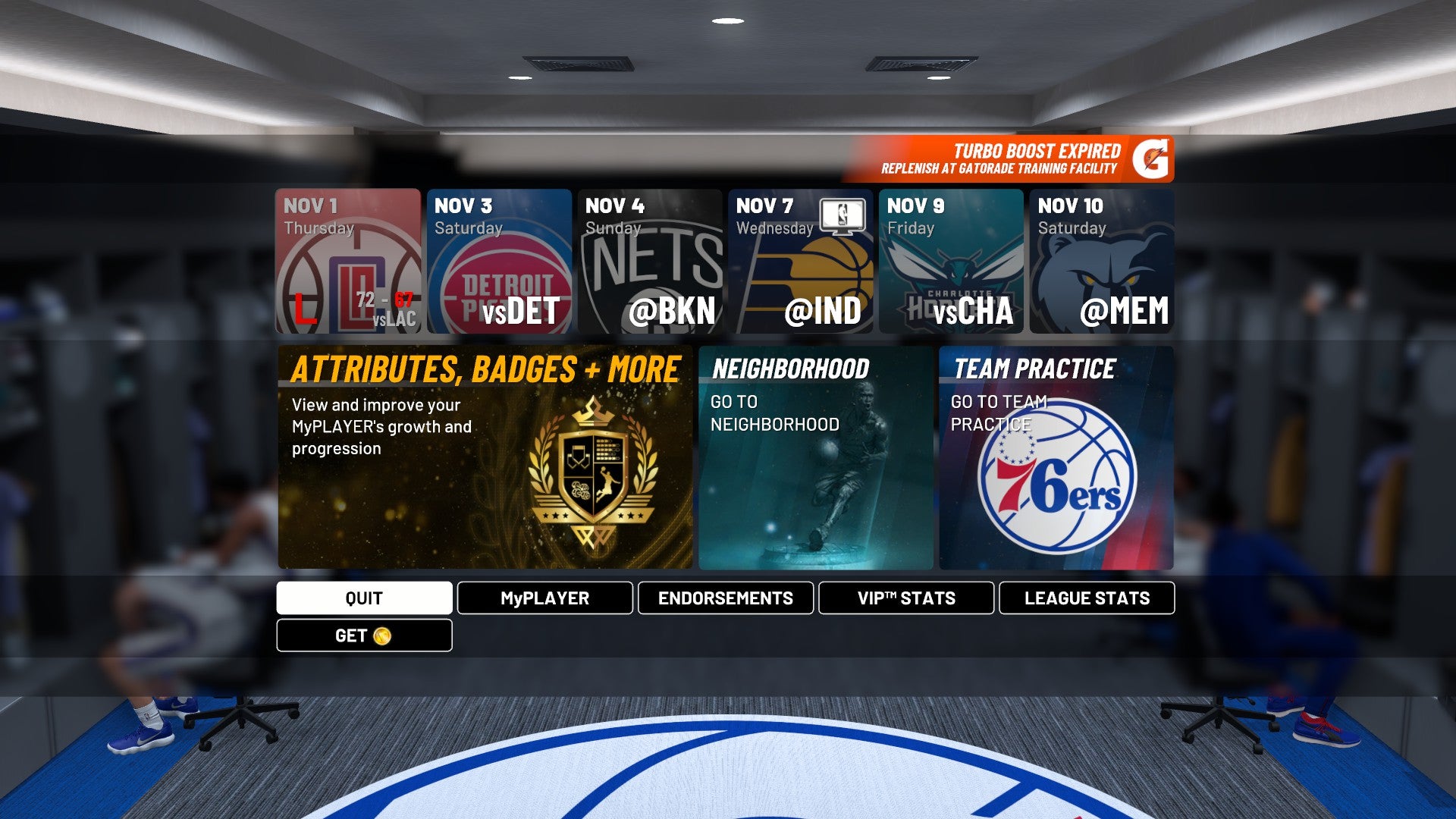 The worst offender though, more than the trivial and cosmetic items that the game is littered with and which you could easily live without, continues to be the way your MyCareer progression is tied to VC spending.

You don’t level up in 2K19 purely by playing, you buy your stat upgrades with VC, and because everybody starts MyCareer mode as a fledgling scrub, getting your jumpshot and passing skills off the ground floor is a priority.

Note: my review copy of the game was the fancy Anniversary Edition that came with 100,000 VC baked-in, so I could instantly bump my guy up to an overall rating of 75, which let me cruise through 2K19’s lengthy prelude section against Chinese and G-League teams.

This was also helpful because it let me get a better contract upon entering the NBA, and in 2K19 contracts determine how much VC you get after every win (a good contract can really add up over time).

If like most players you have the regular version of 2K19, though, get ready. Your player will be terrible, your opportunities limited, and the NBA will be a hellscape of missed shots and stripped balls until you can get your skills up.

It’s pay-to-win, basically. In a singleplayer game mode (though of course VC can also be spent on stuff for the multiplayer stuff as well). And 2K’s solution to improving the day one experience is to say, hey, you can buy the more expensive Anniversary Edition of the game, or buy a stack of VC with real cash. 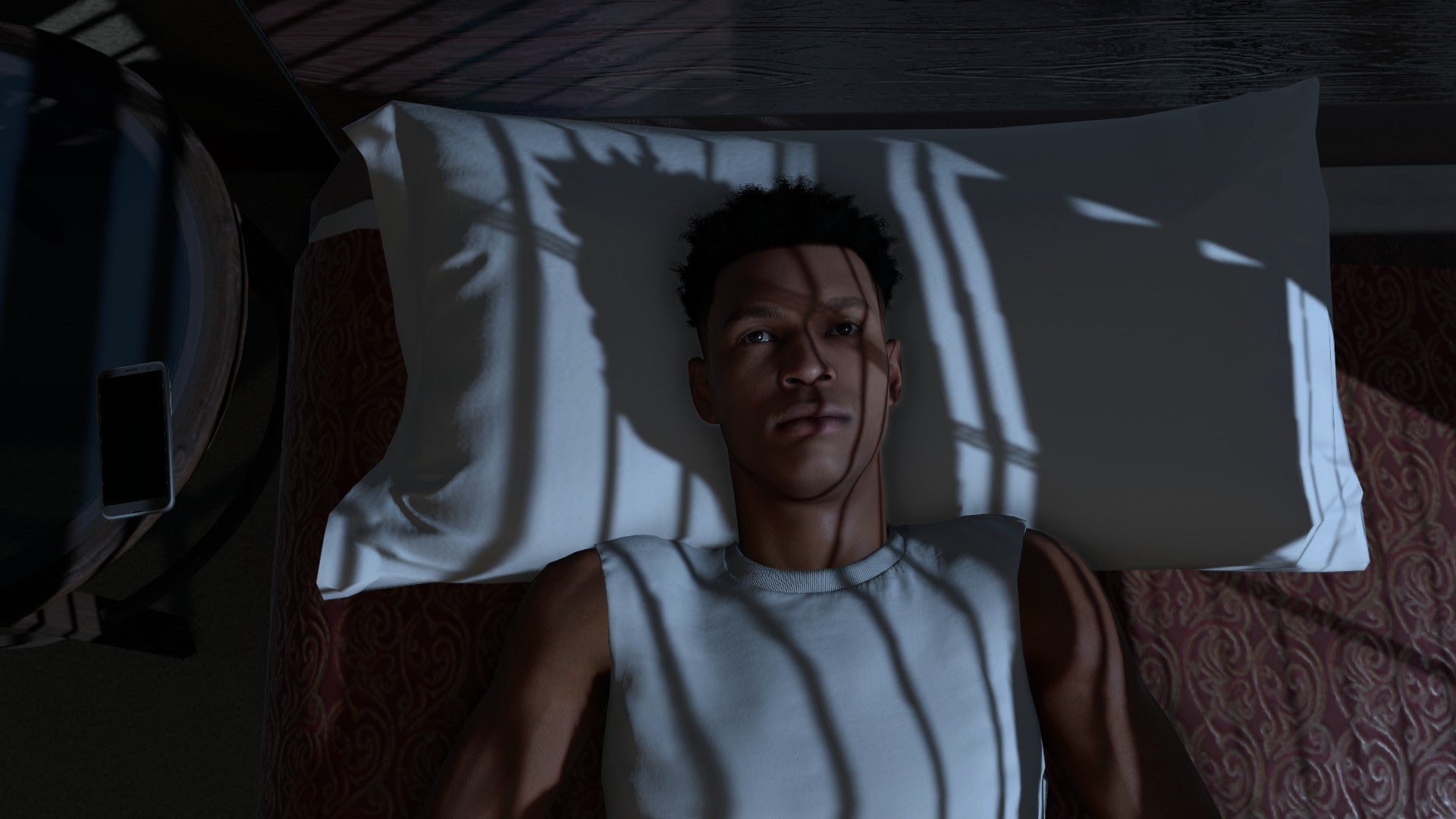 Or do things the hard way. In theory, and I know there will be very dedicated players who will argue this, you can avoid paying extra money by simply improving your player organically. VC is awarded in other ways, mostly through game performance, so it’s definitely possible to start from the bottom and work your way to the top purely through playing your way there, even if it takes months.

But the higher your stats get, the more VC improving them costs, so where it might initially only take a few games to move up a point, it can later take days or even weeks.

And while loads of people are willing to do this, are we really even having this conversation right now? This kind of rationale is mobile game shit, the kind of odious formula work that you expect to see from something like Mobile Strike, not a major home console title.

Yet that’s exactly how 2K19 presents itself. Even after taking all that criticism last year, even after making a very clear “apology” for a barbershop miscalculation, the foundations of this series’ economy are still built atop a bedrock of utterly gross game design.

2K19 is like a free-to-play mobile game, a predatory experience where the game is always shaking you down for your lunch money, even after you’ve already given it $US50 ($70). To play 2K19 is to be in a constant state of denial and refusal, always aware that in every aspect of the game, from the gyms to the stores to the action on the court itself, you can either spend VC or be told that you’re missing out on something.

It is not fun to be around. 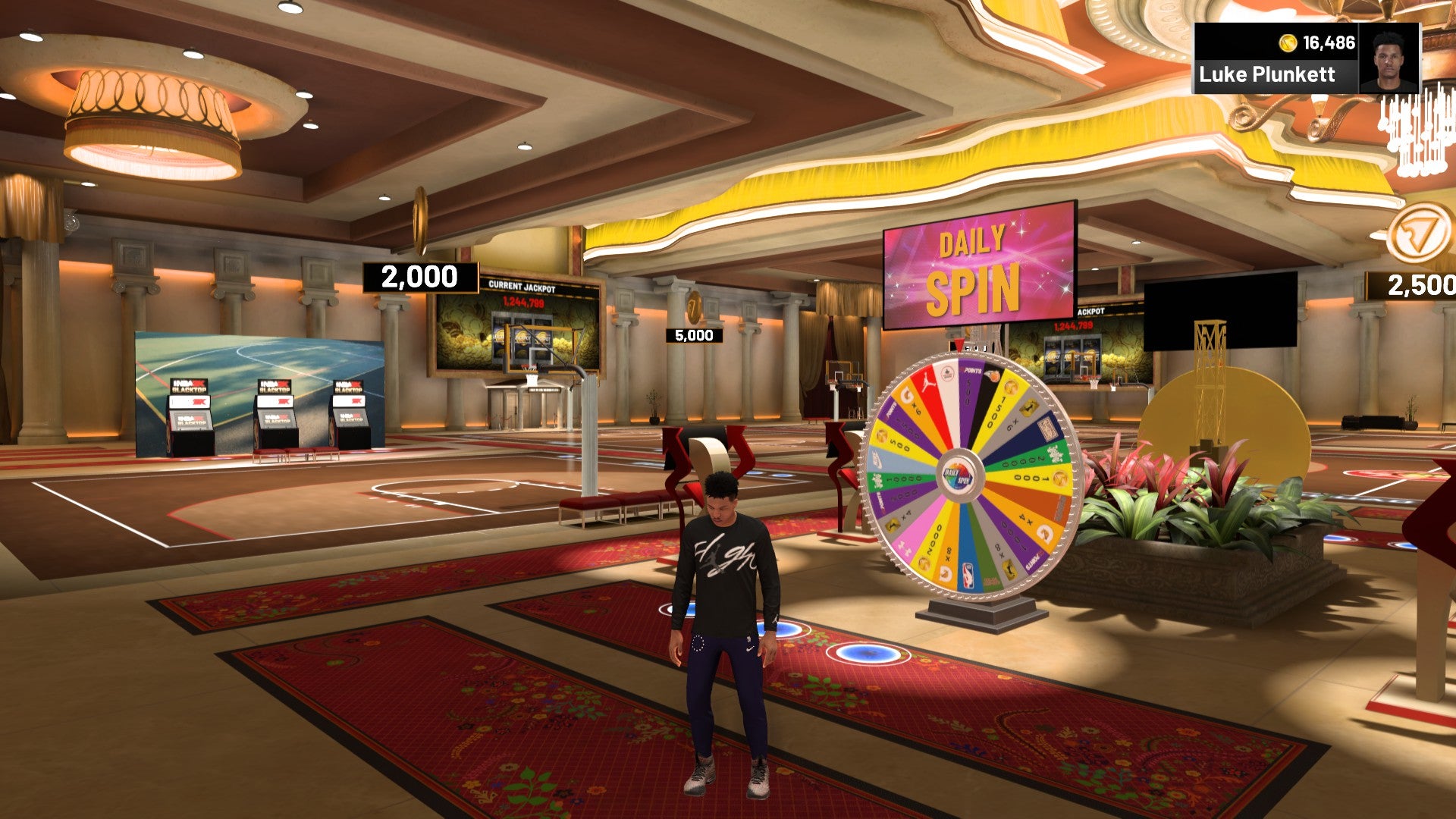 And all of this is before I even get to the game’s overt use of advertising and sponsorship, which I know isn’t directly related to microtransactions, but is related to the overall sensation of “this game is gross to be around”.

There is advertising across all sports games, it’s an inescapable part of the experience, if only because the actual sports these games are simulating are full of ads! But 2K goes way beyond anything EA does in FIFA or Madden, from its sponsored stores to the way brands are so integral to the singleplayer MyCareer experience.

I just talked some shit about mobile games, but at least they’d reward me for having to sit through an ad:

I just don’t get it. There are plenty of other sports games on the market, some of them even outselling 2K, and they’re nowhere near as abrasive or offensive with their thirst for cash.

FIFA and Madden make millions on digital card sales, but have quarantined that behind a game mode that anyone wanting to play singleplayer will never have to even see.

And so with FIFA, despite the series’ own problems, I still find myself looking forward to it each season, eager to see if the ball physics have been made more realistic, if player animation has become smoother, if crowds have become livelier. And because it’s almost entirely devoid of microtransaction panhandling, I’m really looking forward to the conclusion of FIFA’s excellent singleplayer story arc this year.

But with 2K, instead of approaching a new entry in the series with optimism, I now find myself dreading each new season, wondering what fresh new commercial hell I’m going to have to be subjected to just to play some games of basketball.