PSA: The Expanse Is Leaving Netflix This Month

If you haven't watched one of the best sci-fi series of the last few years, you might want to get a move on. Amazon's decision to revive the series for a fourth season will have consequences for Australians very soon: namely, it's leaving Netflix.

Netflix's page for The Expanse notes that the show will leave the streaming network after September 30. It's not wholly unexpected: Amazon's decision to save the series means it'll become exclusive to Amazon's streaming service. On the plus side, it should mean Australians will be able to get all four seasons in one spot — Netflix only ever had the first two seasons of the show, despite The Expanse's third season finishing in June.

Syfy cancelled The Expanse earlier this year, with Hollywood reporters Deadline noting that Syfy only had the rights to air the show on a first-run, live basis within the United States. With no options for streaming other online platforms, that made funding difficult. However, it also made it an easy target for other streaming services, especially after fans rose up to call for the series' renewal immediately following Syfy's announcement.

"We are deeply grateful that Jeff Bezos, Jen Salke, and their team at Amazon have shown such faith in our show," Broderick Johnson and Andrew Kosove, co-founders of Alcon Entertainment (makers of The Expanse), said in a statement after Amazon picked up the show. 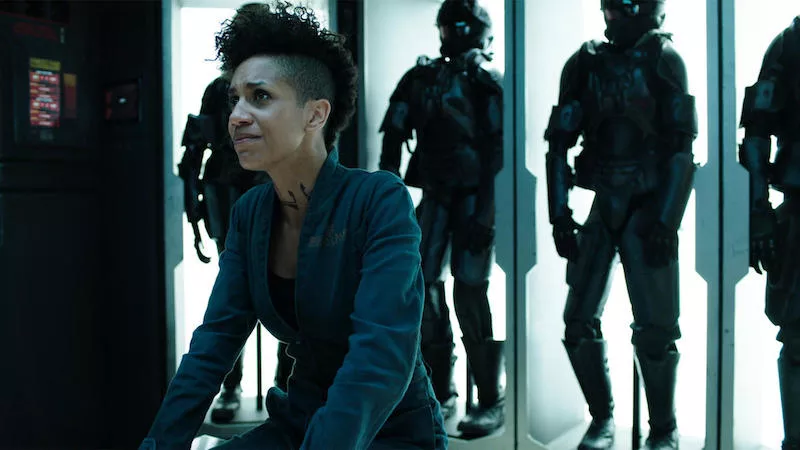 The Expanse Has Been Revived By Amazon For A Fourth Season

Thank Jeff Bezos and the desiccated capitalist husk of our entertainment economy, because sometimes good things do still happen.

"We also want to thank Laura Lancaster, head of Alcon Television for her tireless efforts. We are fully aware that this wouldn’t have been possible if it wasn’t for the staggering outpouring of support from the most creative, hardest working sci-fi fans around the world. From reddit campaigns to airplanes, we say thank you. It worked!"

But as large as Amazon, more Australians have a Netflix account than Amazon Prime. So if you fall into that bracket, and you haven't caught up on The Expanse yet, do yourself a favour. It's good. Go watch: you've got a fortnight to catch up. You can watch the trailer for the first season below.