The above image is from the recently released Pokemon the Movie: Everyone’s Story. Can you see why it would cause a debate? Look closely and you’ll see a young boy holding Larvitar, a Rock/Ground Pocket Monster that weighs 72kg.

As evident on Pokemon Matome, fans have been trying to figure out whether or not this Larvitar is real.

In the upper left, for example, a young girl holds what is clearly an Umbreon stuffed animal. The actual Umbreon weighs 27kg, but a plush toy version would weigh much, much less. 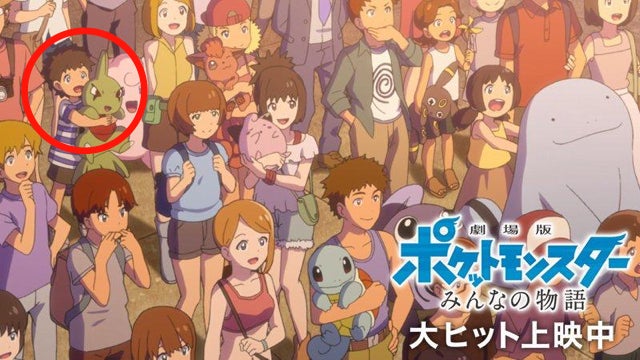 Is the boy holding a real Larvitar? Or is he holding a plushie? It sure looks like an actual Pocket Monster!

The surrounding Pokemon also appear real. Right next to the boy, a girl holds a Vulpix, which appears to be a living Pokemon and not a plushie. Vulpix weighs 10kg, which would be heavy for most kids but not impossible for one to carry. 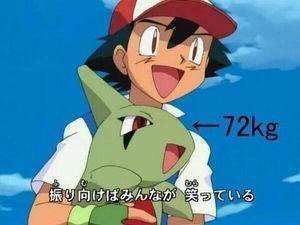 A nearby man holds a Squirtle, which also appears to be real. That Pokemon weighs 9kg.

Those are conceivable for people to hold with relative ease. Larvitar is not.

So is this kid holding a real Larvitar? Again, it doesn’t look like a plushie. Of course, this is most likely a joke or a reference to the time Ash easily carried the Pocket Monster.