The galaxy far, far away is having a castle renaissance lately. Reintroduced into the Star Wars canon by Rogue One, the sinister abode of Darth Vader has suddenly become a hot topic, be it through current and upcoming comics, or persistent rumours of its return onscreen. But Vader’s home has a much longer history beyond Disney’s ownership of Star Wars.

For a while, the idea of Darth Vader having a castle was actually going to be something the original Star Wars trilogy picked up on. Shortly after the release of the first film, plans were already underway for the sequel — and legendary concept artist Ralph McQuarrie was tasked with designing a potential new home for Darth Vader now that the Death Star had been blown to bits.

Early designs for Empire Strikes Back included multiple ideas McQuarrie had for Vader’s castle. The first gave Vader a palace on a snow world, but the second, and the version that would one day worm its way back into Star Wars canon, was a fearsome, angular structure set atop a world of lava.

But by the time McQuarrie had created these two pieces of art, Lucas had cooled on the idea of giving Vader a permanent base, moving the Dark Lord to his massive Star Destroyer seen in the film.

sinister world of Had Abaddon, before it was decided to bring the action over to the second Death Star.

Star Wars would eventually bring a lava world to life with Mustafar in Revenge of the Sith — even keeping the idea’s original connection to Vader in the form of it being the place where Anakin Skywalker truly becomes the Dark Lord — but it would take a bit longer for the idea of Vader having a castle there to emerge. 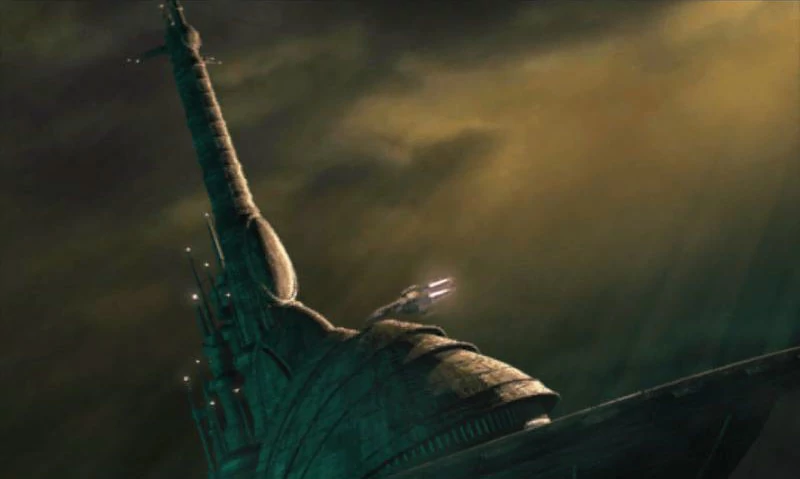 Like the location that would eventually come to fruition more recently, Bast Castle was the site of Vader’s personal meditation, and a hub of Dark Side energy where Vader stored ancient artefacts and personal treasures (such as the recovered lightsaber of Obi-Wan Kenobi), and even a place where he could indulge in his former passion as an inventive tinkerer, working on his TIE fighter.

It was basically the Dark Side equivalent of a man cave, but instead of a cave, it was a bulbous, heavily-protected complex atop a huge spire.

Despite his history with the facility however, Bast Castle’s place within the old EU mostly focused on the time after Vader had passed, meaning it was mainly seen as a place of Dark Side energy, fought over and occasionally occupied by evil acolytes looking to tap into the energies Vader had imbued within its walls. 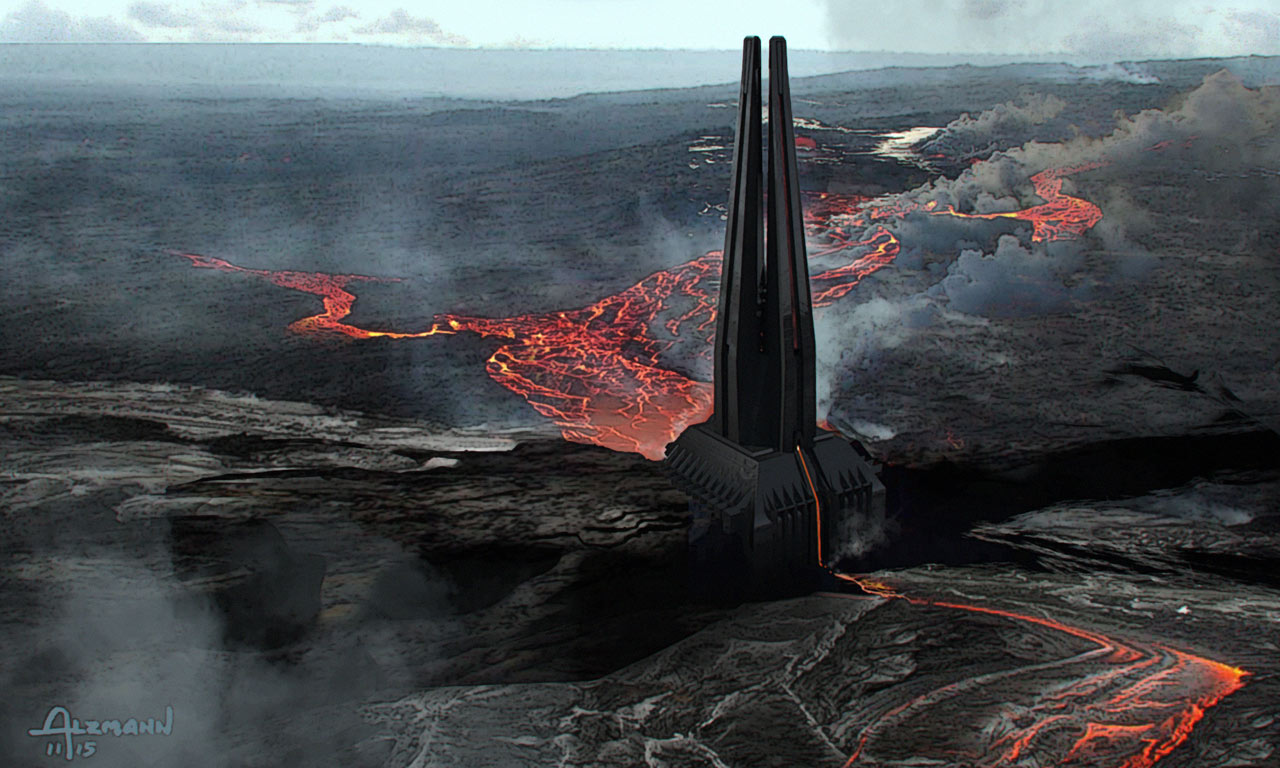 The Fall and Rise of Vader’s Castle

When Disney purchased Lucasfilm in 2012 — and eventually decided to wipe the expanded universe clean to start a new canon — Bast Castle was lost, like so many elements (beloved and, err, less beloved) from the decades of books, comics and games that had fleshed out the galaxy far, far away beyond the movies.

But the original McQuarrie concept art that inspired it in the first place came around once again with the first Star Wars spinoff film, Gareth Edward’s Rogue One: A Star Wars Story, which gave Vader a new fortress for his encounters with the film’s primary antagonist, Director Krennic. Designed after the towers in McQuarrie’s art, the obsidian spire played a brief but important role in the movie.

Like Bast Castle, Vader’s Castle is a hub of dark side energies and a place where Vader can meditate and rest between missions — but if anything, this time around it has a deeper connection to Vader’s past thanks to its placement on Mustafar, the site of Anakin’s fall, rather than a random world such as Vjun.

But beyond its appearance in that film, and some subtle references elsewhere, not much has been done with the location just yet. 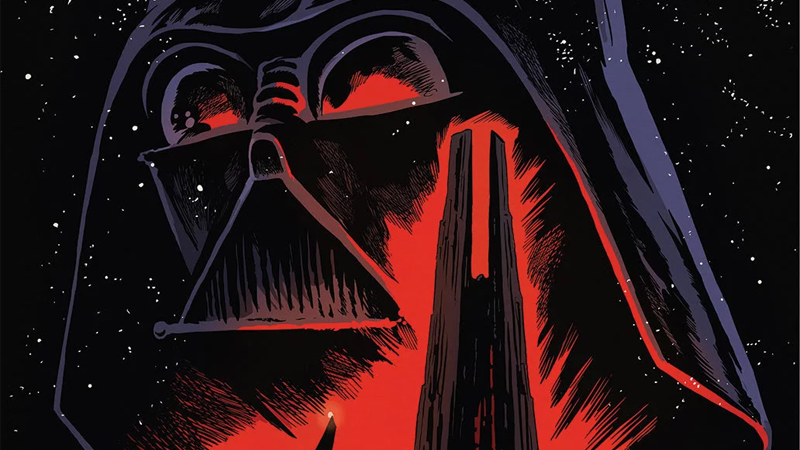 That is, until right now, actually — Marvel’s current Darth Vader series is in the middle of an arc which sees Vader lay the plans for building the fortress in the years before the events of Rogue One.

And on a less serious bent, IDW is releasing a weekly comic miniseries next month called Tales from Darth Vader’s Castle, spooky Halloween-inspired stories that plan on the sinister nature of Star Wars’ creepiest villain having his own haunted house.

But the mysteries of Vader’s Castle have even begun to worm their way into the current Star Wars movies, too.

Early plans shown in concept art for The Force Awakens include art depicting the castle as a potential location in the movie, and ever since, there have been persistent rumours that Kylo Ren’s fanboy-ish relationship with his grandfather could mean a return to the location in future films, especially now that Rogue One has depicted it on screen.

We won’t know if that ends up being the case (well, at least until Episode IX hits cinemas next year), but it’s interesting to see a concept long abandoned by the Star Wars franchise become such an important idea to explore again, over 40 years later.