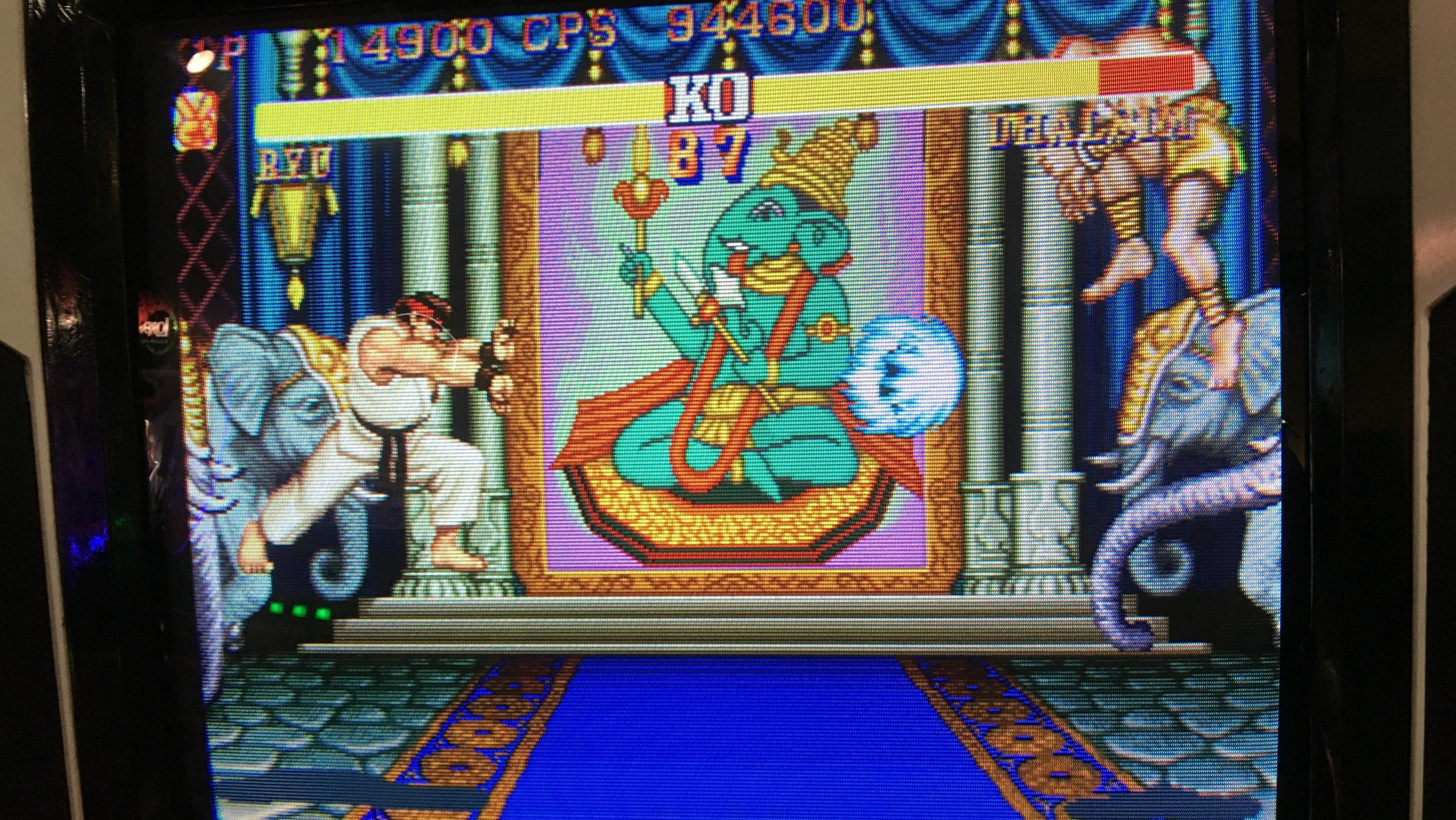 Walking up and down the floors of the massive multi-level arcades in Akihabara can trigger some unexpected nostalgic responses, but I certainly wasn’t expecting this one.

“Whoa, look at that title screen!” I said to Brian Ashcraft as we walked past. “It’s Rainbow Edition!”

“Here, I’m gonna play this, but get ready to take a picture of the title screen.”

“See? Rainbow Edition.” It was the familiar logo for 1992’s Street Fighter II: Champion Edition, but decorated in a garish assortment of mismatched colors. This identified it as the world’s most notorious bootleg arcade game, an altered version of Capcom’s incredibly popular fighting game. A fan mod before fan mods were a thing, but also big business, as the bootleggers sold quite a few of these around the world.

Still, to see one set up in a major Japanese arcade in the year 2018 was a surprising thing, so I had to put 100 yen in.

“Watch this,” I said, leaping into the air as Ryu and throwing a Hadoken from the sky. I tried the Hurricane Kick in the air as well, which ended up launching me to the other side of the playfield with ludicrous speed. A Shoryuken on the ground also sent Ryu flying horizontally to the far side of the stage.

Rainbow Edition totally breaks Street Fighter II. It makes it ridiculous, unbalanced, unfair. And it’s a hell of a lot of fun. Playing against the computer is interesting, because while the AI will launch an all-out offence with these powerful enhanced moves, it’s also not very good at defending against them.

Ryu’s fireballs would actually home in on enemies, and they moved so slowly that you could toss two or more at once. The computer didn’t know how to handle this, although it threw me a curveball when it started switching between characters mid-match:

That’s the same fight as the image at the top of this story. I started out fighting Dhalsim, who switched to Chun-Li and Guile before the end. This victory was short-lived, as the next fight was against another Ryu, who had no problem filling the screen with his own fireballs and Shoryukening me from 10 meters away.

Rainbow Edition is said to have been the reason that Capcom developed Street Fighter II Turbo so quickly after it released Champion Edition. The bootleg game became so popular in Japan that Capcom’s designers played it.

They realised that the game was totally out of whack, but that some things about the modifications—aerial special moves, the sped-up gameplay—were actually good ideas. So they built Turbo as an official game, using some of the best ideas. (While simultaneously suing the bootleggers out of existence and upping the security on their hardware so that something like this could never happen again, that is.)