One of League of Legends’ biggest stars will have a chance to earn his fifth championship title at this weekend’s North American summer finals — and possibly cement his legacy as the continent’s best player of all time.

Yiliang “Doublelift” Peng has been a central fixture of League of Legends in North America going back to 2011. He’s extremely talented and loves to run his mouth, leading to a combustible mix that quickly made him one of the most fun and interesting players to watch in all of esports.

“Everyone else is trash,” he famously joked in 2012. Last month the Team Liquid player called 100 Thieves, his opponents in the LCS semifinals, “overrated”. On Monday, Liquid proceeded to thrash Thieves in a 3-1 series.

The son of Chinese immigrants, Peng was kicked out of his home seven years ago while working part time, attending university, and trying to manage his burgeoning career as a professional gamer.

Now he’s a legend, equal parts charming and idiosyncratic, starting off 2018 with an essay published over at The Players’ Tribune explaining, among other things, his history of trash talk and what it means to him.

“When I come out and say, ‘Everyone else is trash,’ I expect to be challenged. I expect people to bring their best against me. And I expect to win. That’s part of the fun.” 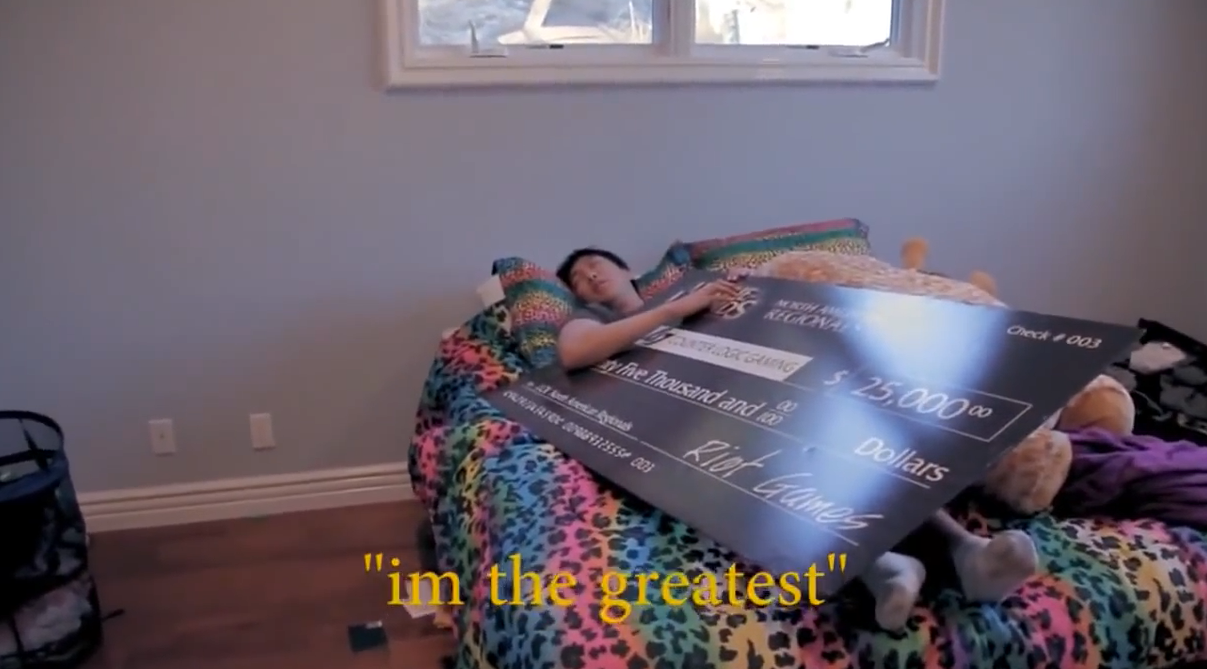 In 2017, Peng signed with Team Solo Mid, an organisation he had played with in the past. His return was exciting, since it meant he would once again be playing alongside Danish hotshot Søren “Bjergsen” Bjerg, the only North American player with more championships than Doublelift.

While the two led TSM to waltz through the summer finals almost unscathed, the partnership didn’t amount to much at Worlds, League’s big annual international tournament. TSM failed to make it out of the group stage, even after a tie-breaker series, and Peng moved on to join Team Liquid soon after.

The two teams have maintained a friendly rivalry throughout 2018, though it’s been Peng’s year to excel, despite experiencing a horrific family tragedy early on. While it would have been especially great to see them face off in the finals, TSM is now stuck playing Thieves for third place after losing its semifinal.

Even if a showdown is off the table, Peng still has his own legacy to play for, and a clear shot at tying Bjerg’s five LCS championship wins and ultimately going on to eclipse him. We won’t know until the best-of-five series plays out in full, but the current playing field appears to favour Peng and Team Liquid.

You can stream the whole event live over on Twitch this Monday, September 10, starting at 7:00AM AEST.

If League of Legends isn’t your game, there are two other big esports events going on this weekend. First is the start of professional Rocket League’s sixth season, with another US million-dollar prize pool. The Championship series returns on Sunday at 2:00AM AEST streaming on Twitch, with matches for Europe kicking off at 11:00PM AEST.

DreamHack Montreal is also taking place this weekend, featuring tournaments in Rainbow Six Siege, Street Fighter 5, Smash Bros. (Melee and Wii U), and other games. You can find a list of schedules and streams over at DreamHack’s website.