World Of Warcraft Keeps Me Coming Back

Having spent the past decade reviewing World of Warcraft expansions, I’ve gotten into a certain rhythm. The expansion launches, I play for a month or so, post a review, and then I move on.

Yet I’ve logged into WoW every day since my review of the Battle for Azeroth went live. What can I say? The game tells a great story, and it’s super easy to play when you’re paralysed from the chest down.

It isn’t that I don’t enjoy playing World of Warcraft. I wouldn’t be on this beat if I didn’t. It’s just that a massively multiplayer online game requires a level of commitment that’s difficult to maintain while juggling multiple new game releases.

I’m playing Spider-Man for the PlayStation 4. I’ve sunk eight hours into Forza Horizon 4. There are a dozen smaller, more obscure games I am playing, yet at the end of the night I’m back in Azeroth, tooling about on my level 120 Horde Rogue, 120 Alliance Warlock, or any number of high level alts. 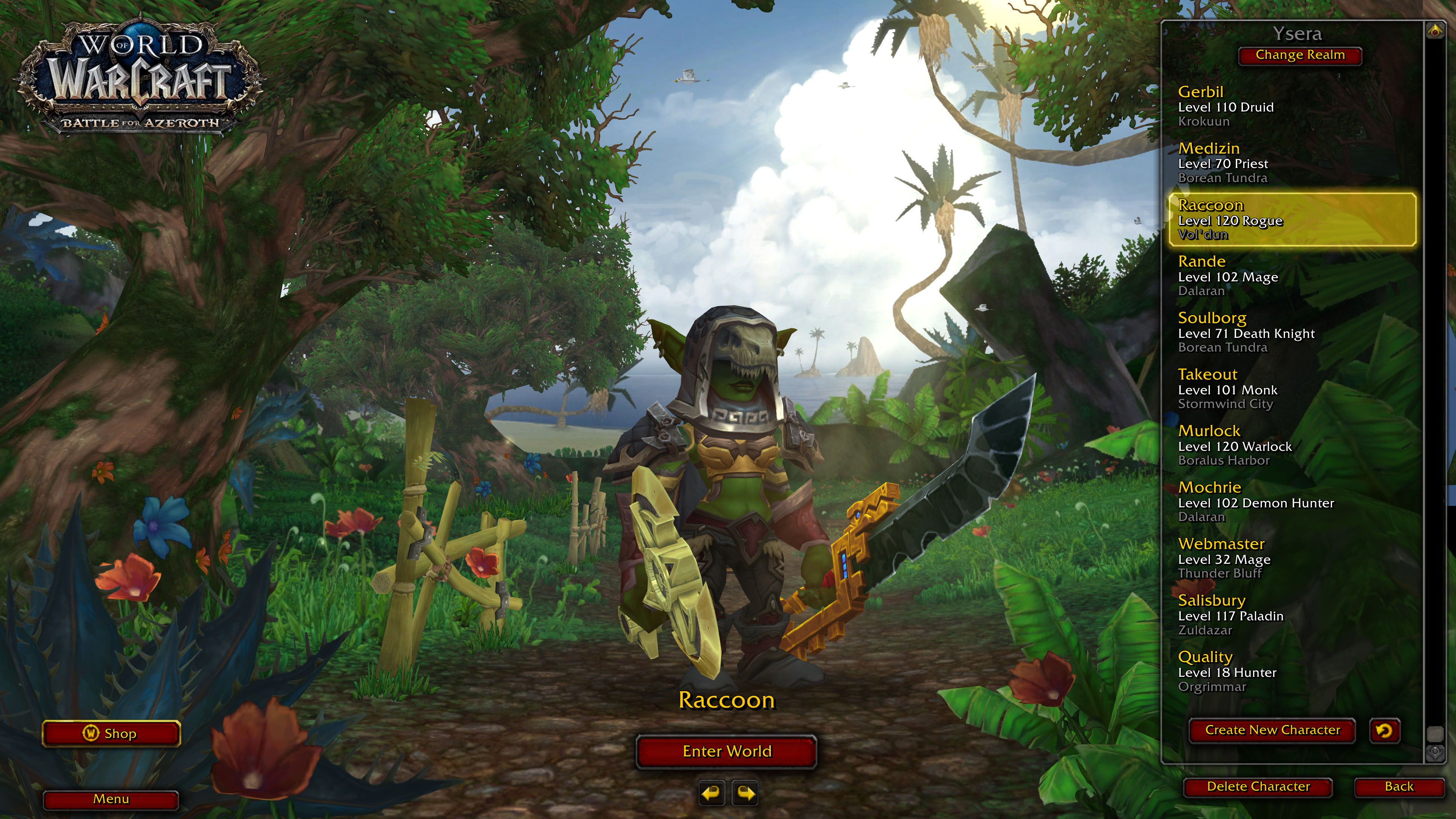 Look at all of these alts. I guess I’ll finish the Paladin next, then maybe start my Druid through BFA. So much to do.

Part of the appeal for me is definitely the writing. As I mentioned in my review, the storytelling is top-notch in Battle for Azeroth. Even at max level, running about performing world quests, I keep stumbling upon interesting narratives.

Why are the people of that fishing villages possessed by strange purple bubbles? What’s going on between these brave little fox people and their sinister snake people enemies? I’m discovering stories I missed the first time through, and that’s making me want to bring more characters to the new lands.

It certainly isn’t the new game mechanics introduced with the game’s seventh expansion pack that keep me coming back. I’ve been taking my max level characters out into the Arathi Highlands to do quests and earn gear in the game’s new Warfront, but I couldn’t care less about Battle for Azeroth’s artifact armour.

PC Gamer recently wrote about how “players are sick of how shitty” the new gear system is, with its samey models and the need to grind Azerite in order to enhance stats and skills. While I’m not sick of it, it certainly isn’t a motivation to play.

World Of Warcraft's Alpacas Are My Best Friends

Further demonstrating Blizzard’s obvious Horde bias, within an hour of beginning questing in Battle for Azeroth’s new Horde-centric Nazmir region I’ve ridden in a wagon pulled by the fluffiest alpaca ever, while an adorable little fox creature sang a song about them. I just can’t even.

No, it’s definitely the narrative. It’s the story and the music. It’s the voices that bring the stories to life. They make me want to know and experience more, not just of the new content, but older content I may have missed. That’s a substantial portion of what motivates me to play more.

Also, being paralysed from the chest down helps. In case you missed it, I was in the hospital from March through July. I had something called an aortic dissection, which we believe interrupted the blood flow to my spine, causing paralysis from just under my arms down.

Now I spend my days alternating between a motorised wheelchair and a hospital bed set up in my living room. I can go into the kitchen, or my office, or sit in bed with my gaming laptop on a table in front of me. 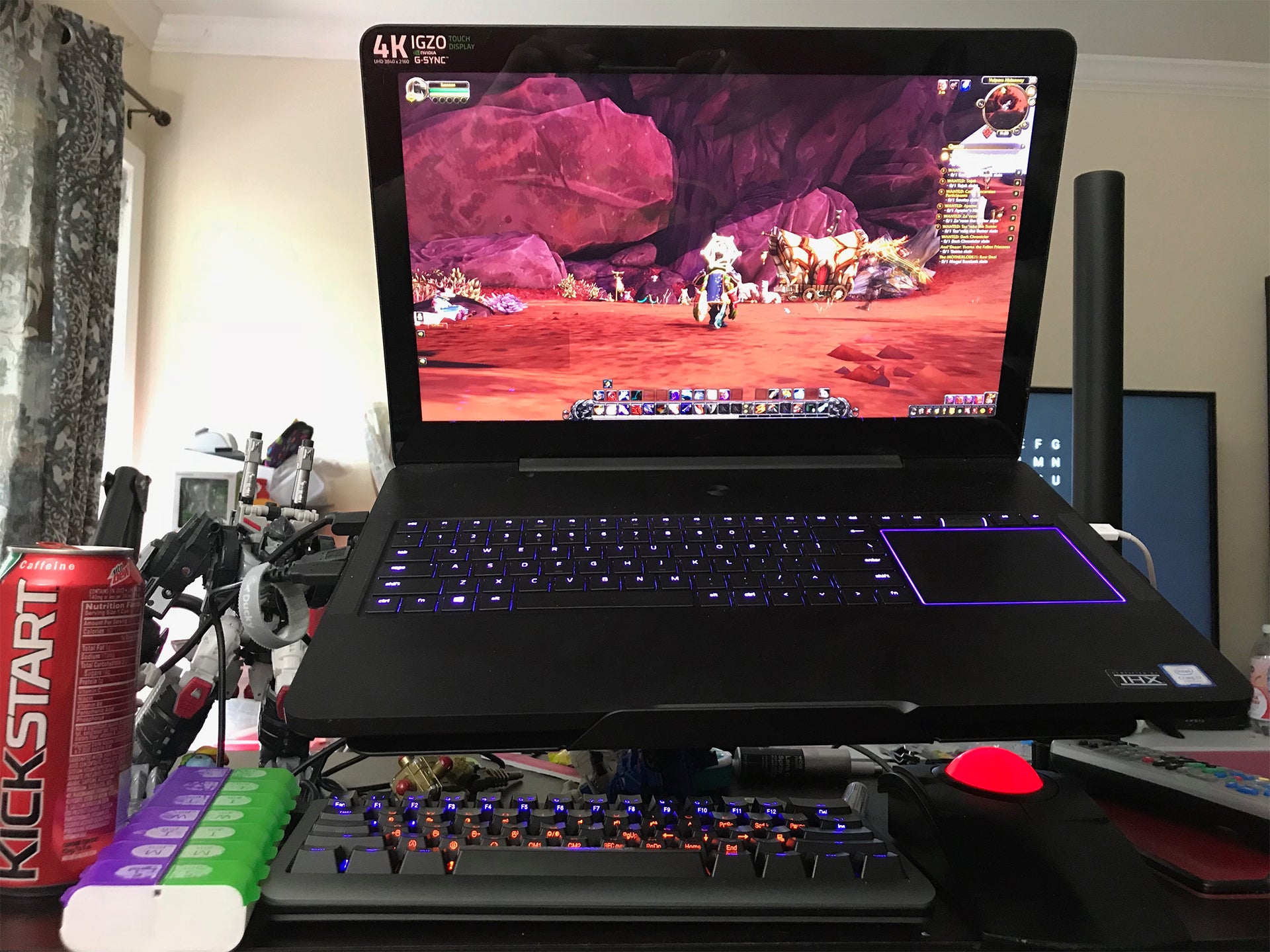 Yes, I have a special edition Ducky Mini mechanical keyboard hooked up to my Razer Blade Pro. And a trackball. I need my creature comforts.

So when I come to a point in World of Warcraft when I would normally stop and go do something else, these days its much easier to just keep playing.

I could push through a particularly boring quest line, or I could call my wife to come help me out of bed and into my chair so I can go into the office and play Xbox One or PS4. I could download another game to my computer and spend an hour figuring out how to comfortably play it (a portion of my right hand is still numb from the incident), or I can play World of Warcraft, which is all left hand and mouse clicking.

Eventually I will ask for help getting my consoles set up to where they’re all as accessible to me as the PC, but until then I have WoW. 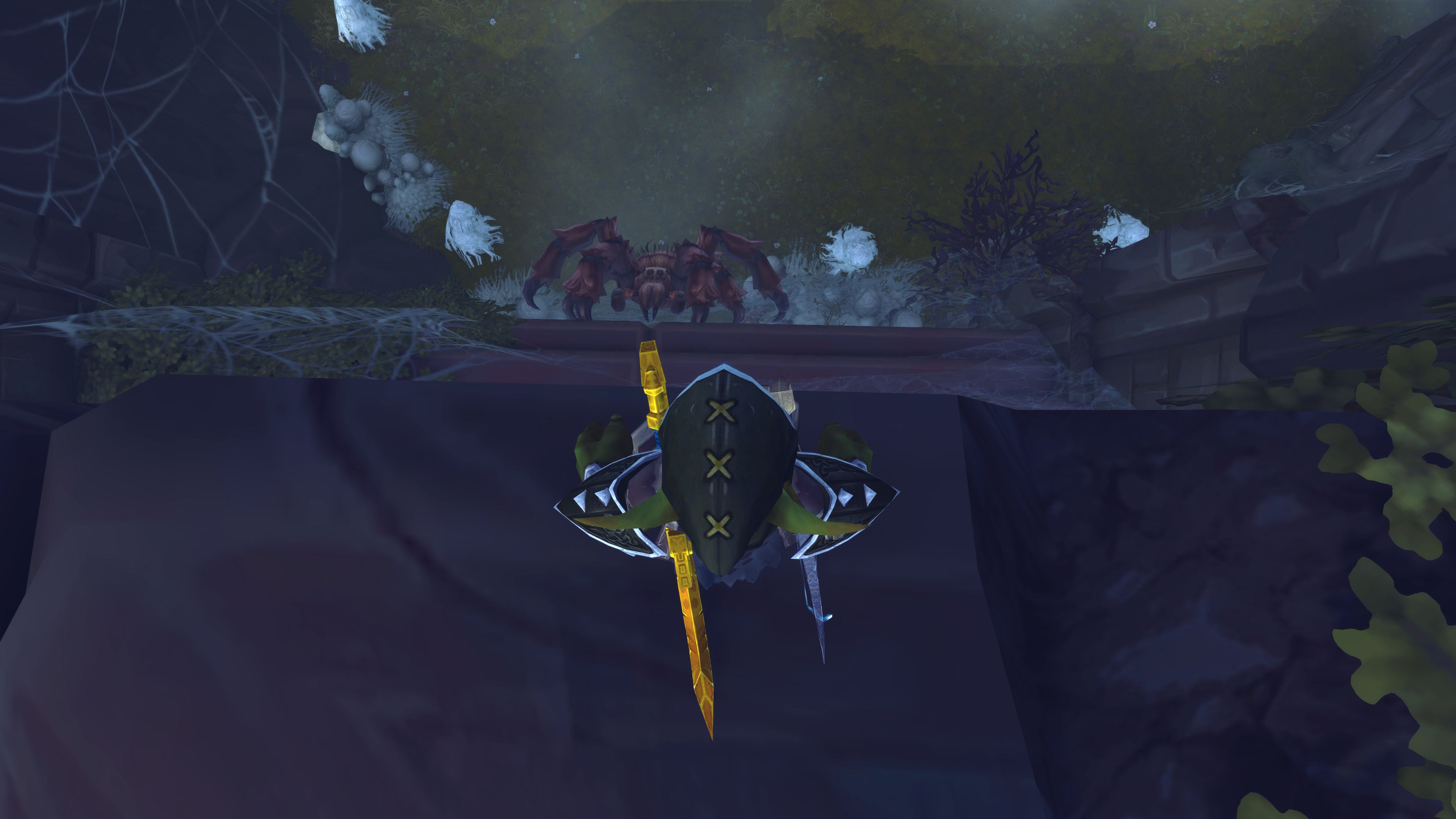 The best part about being max level is that when you come across giant spiders clinging to the wall, you can leave. Screw you, giant spider.

So, if you find yourself growing tired of the new expansion pack a month and a week after its release, take a break from grinding Azerite and go lose yourself in the game’s stories. I’d avoid getting paralysed, though. That part kind of sucks.