11 Anime Classics Everyone Should Own

animedealsxpost
At Kotaku, we independently select and write about stuff we love and think you'll like too. We have affiliate and advertising partnerships, which means we may collect a share of sales or other compensation from the links on this page. BTW - prices are accurate and items in stock at the time of posting.

Sturgeon’s Law dictates that 90 per cent of everything is crap. In the case of anime, 99.9 per cent would be nearer the mark. A lot of this stuff is nonsensical, over whimsical and/or uncomfortably violent and pervy. But just like every other genre, there are some absolute gems hidden amongst the refuse that deserve to be cherished by all.

Here are 11 anime classics that you should definitely take a chance on – and they’re all on sale right now at Amazon!

You can currently save up to 20% off anime DVDs and Blu-rays at Amazon. There are hundreds of titles to choose from, with prices starting at just $4. But which ones are worth your while?

Below you will find 11 anime classics that every movie buff should see – from vintage Studio Ghibli to modern masterpieces like The Tale Of The Princess Kayuga. Click on the headlines to go straight to the deals!

Grave Of The Fireflies 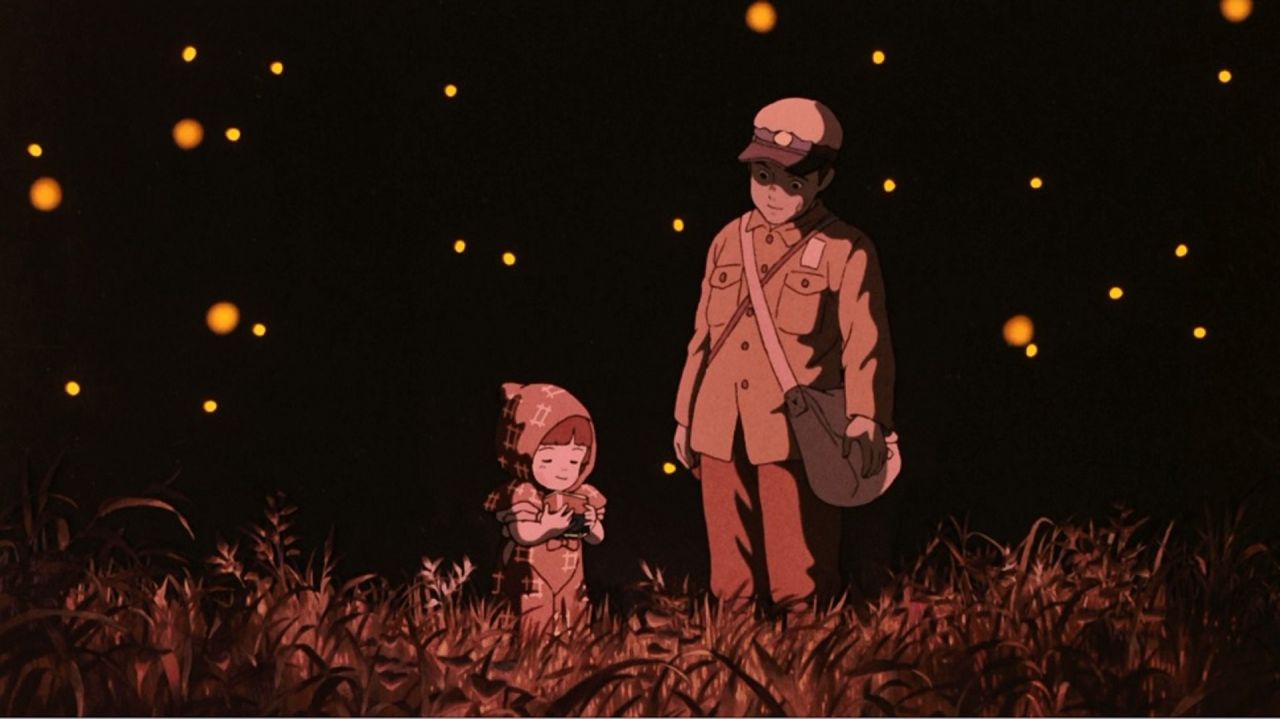 After a World War II bombing, two orphaned children struggle to survive in the Japanese countryside feeling the helplessness and indifference of their countrymen. Through desperation, hunger and grief, these children’s lives are fragile but their spirit and love is inspiring. 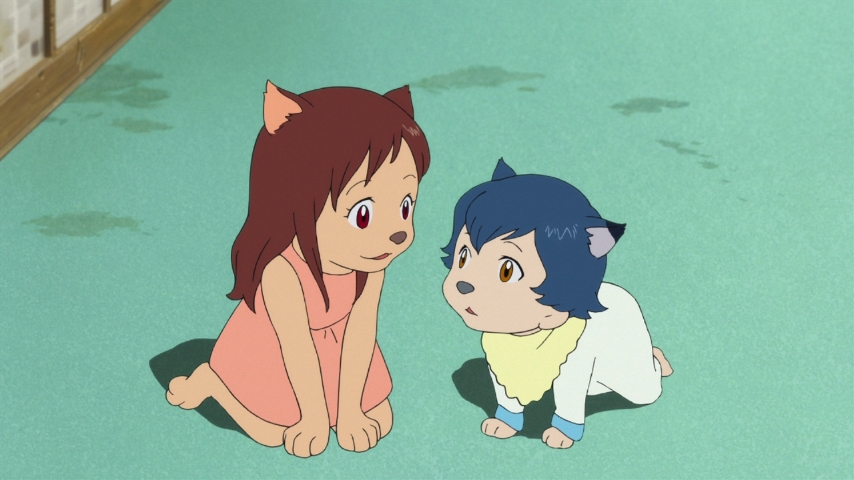 Hana was bright and pretty and her future held endless possibilities. She met a man, who turned out to be a wolf, and they built a family. Hana loved her mate fiercely, but fate took him from her, leaving her alone with two unusual kids she didn’t know how to raise. Frightened of being discovered, Hana and her wolf children fled to the countryside to build a new life. This is a mother’s journey about teaching your children to chase their dreams as they discover who they will become.

The Girl Who Leapt Through Time 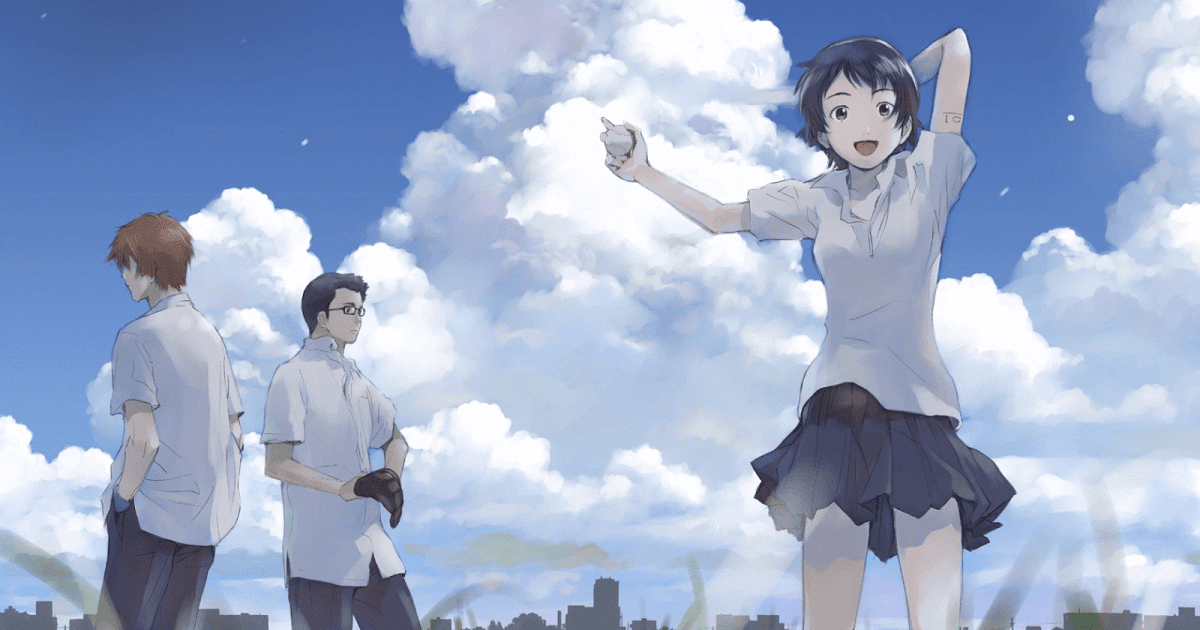 Makoto Konno has the ability to, quite literally, “leap” backwards through time. She immediately sets about improving her grades and preventing personal mishaps but soon realises that changing the past isn’t as simple as it seems. 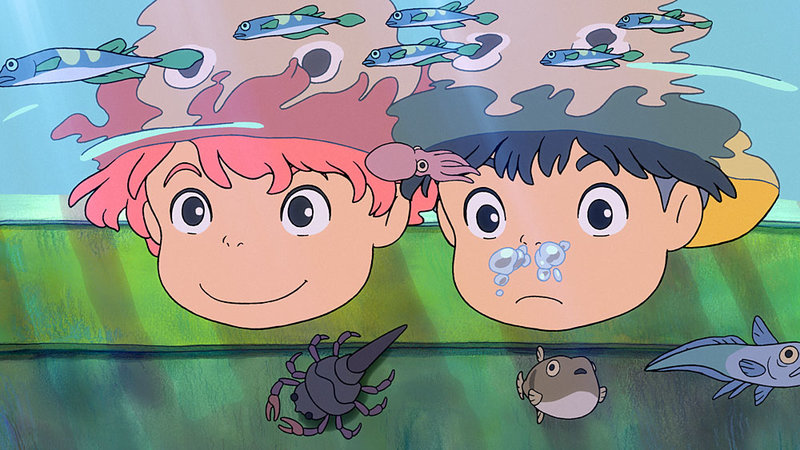 Five year-old Sosuke lives in a small rotten by the sea, high on a cliff overlooking the Inland Sea. While playing on the rocky beach he discovers a goldfish named Ponyo, her head stuck in a jam jar. Sosuke rescues Ponyo and the new friends are fascinated by each other and promise to stay firm friends until Ponyo’s father – once human, now a sorcerer who lives deep under the sea – forces her to return with him to the ocean depths. 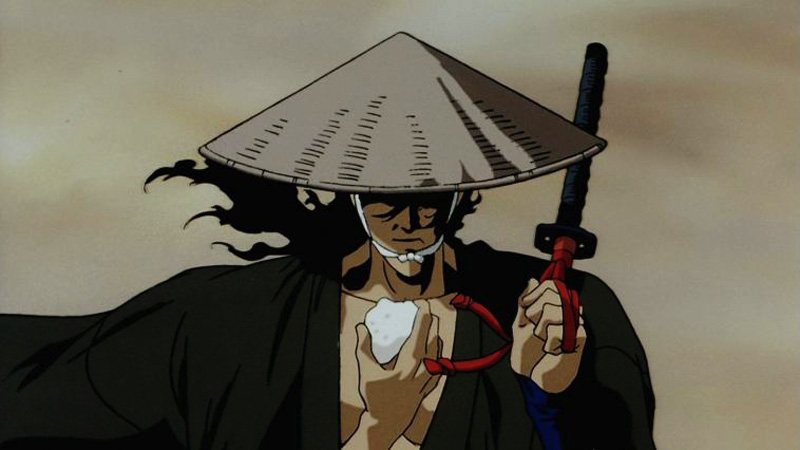 Jubei is a masterless ninja in Feudal Japan who travels the land alone, hiring his services to those with gold or a worthy cause. His abilities have served him well but he must face an old nemesis, who is bent on overthrowing the Japanese government and supported by a terrifying group of demons with superhuman powers. 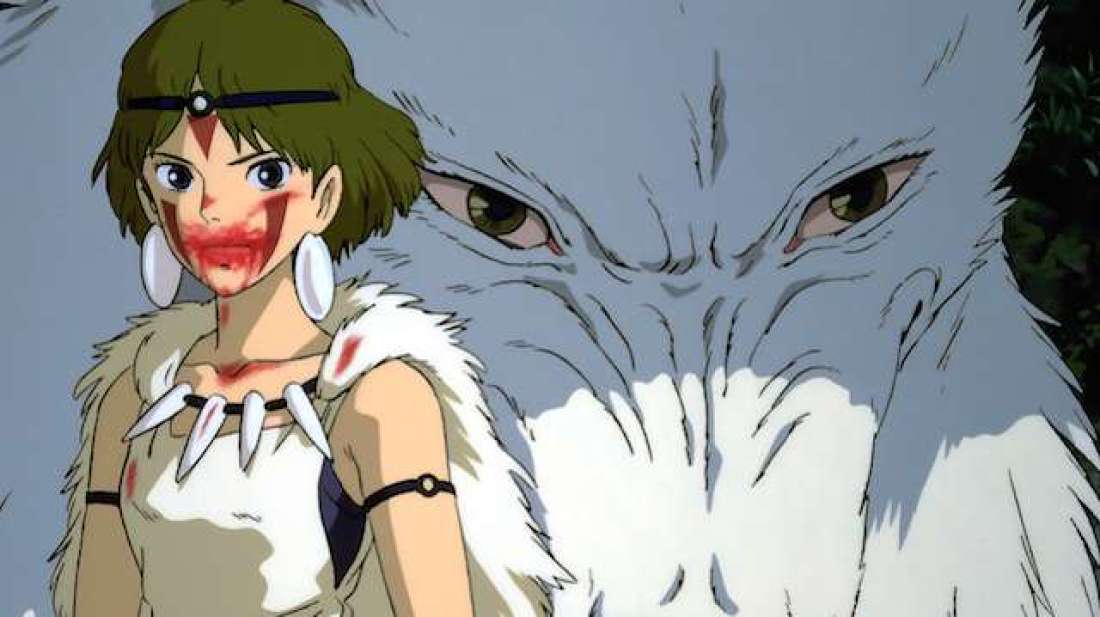 The march of technology, created in the iron forges of the ambitious Tatara clan threatens the natural forces of the benevolent Great God of the Forest and the wide-eyed, spectral spirits he protects. Ashitaka, a young warrior from a remote and endangered village clan, kills a monster and discovers the beast is a “demon god”, transformed by human anger. Inflicted with its deadly curse, he sets out to the forests in search of the cure that will save his life. There, he meets Princess Mononoke, a young woman raised by wolves. 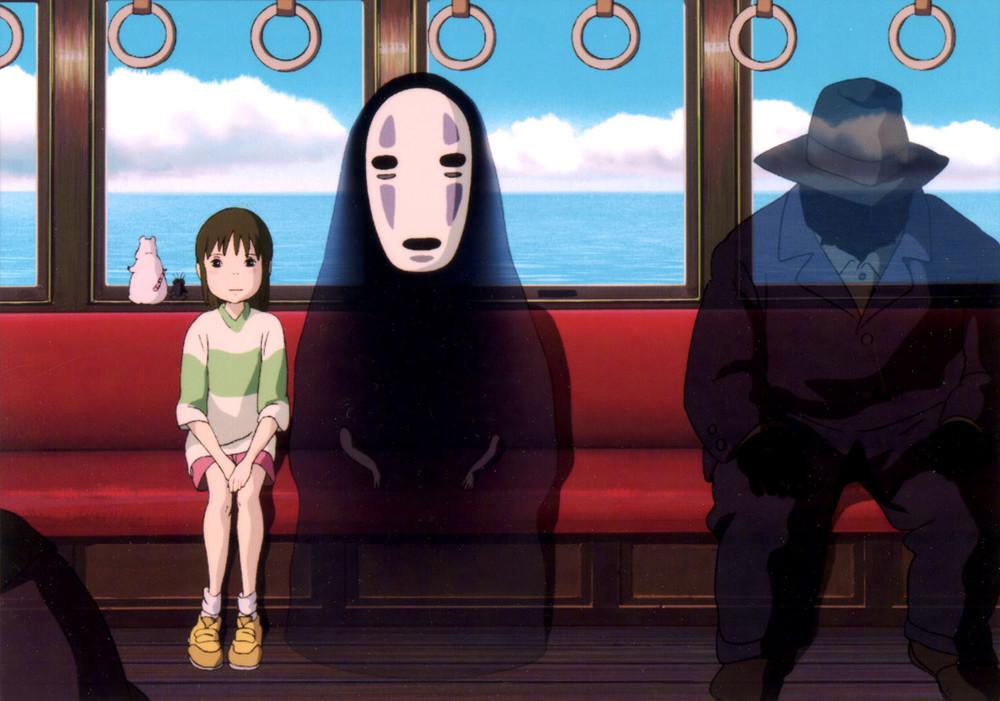 Chihiro discovers a secret world of strange spirits, creatures and sorcery. When her parents are mysteriously transformed, she must call upon the courage she never knew she had to free herself and return her family to the outside world. 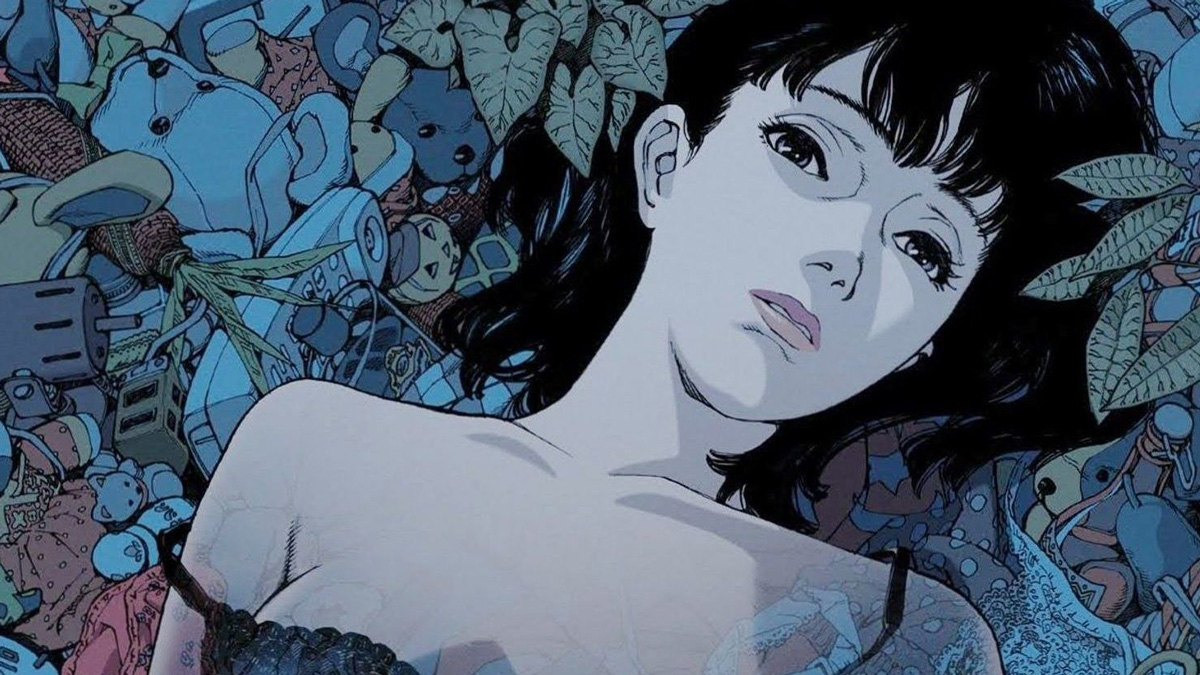 Mima Kirigoe is a squeaky-clean Japanese pop singer who decides to leave the music industry and try her hand at acting.Finding her way in her new field proves to be difficult as she is forced to take humiliating work in perverse low-budget films.Mima is stalked by an obsessed fan, irate at her decision to abandon her successful music career. 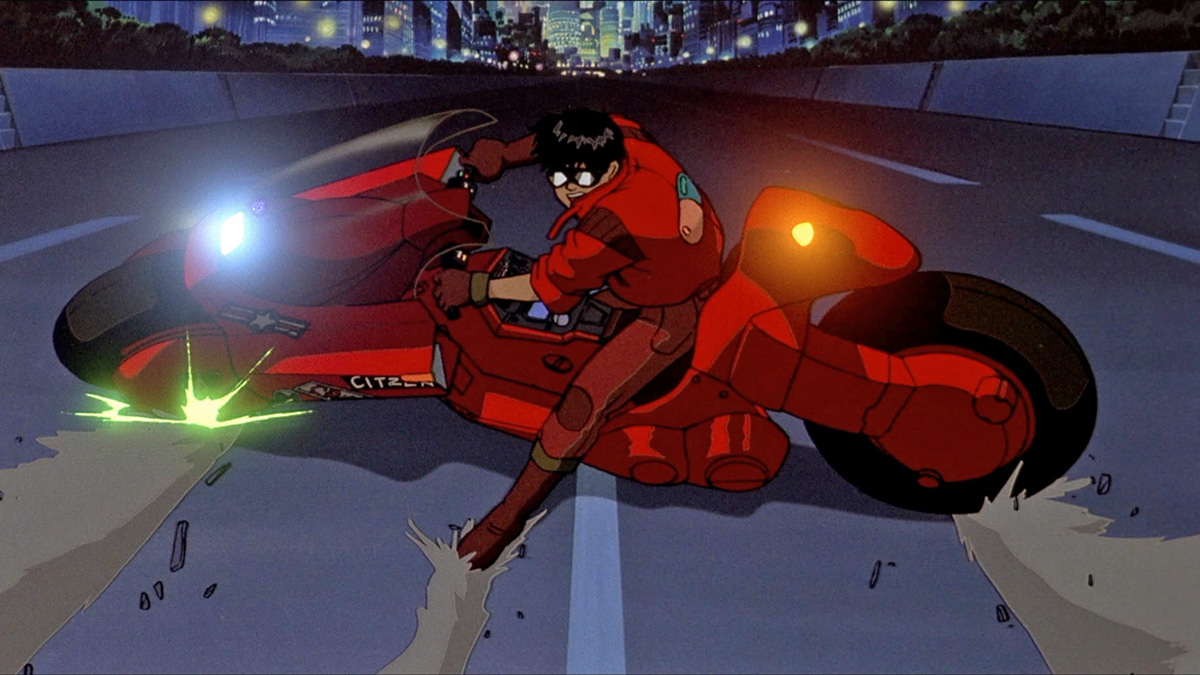 Neo-Tokyo is being rebuilt after World War III. Kaneda and Tetsuo, two high school drop-outs stumble upon a secret government project to develop telekinetic humans, apparently for use as weapons. Tetsuo learns of the existence of Akira, the project’s most powerful subject, and determines to challenge him. Satsuki and Mei move to a new home in the country with their father as their mother recovers from illness. They soon discover that they share the home with some rather unusual creatures and even stranger neighbours – forest guardians that the girls dub Totoro.

The Tale Of The Princess Kayuga 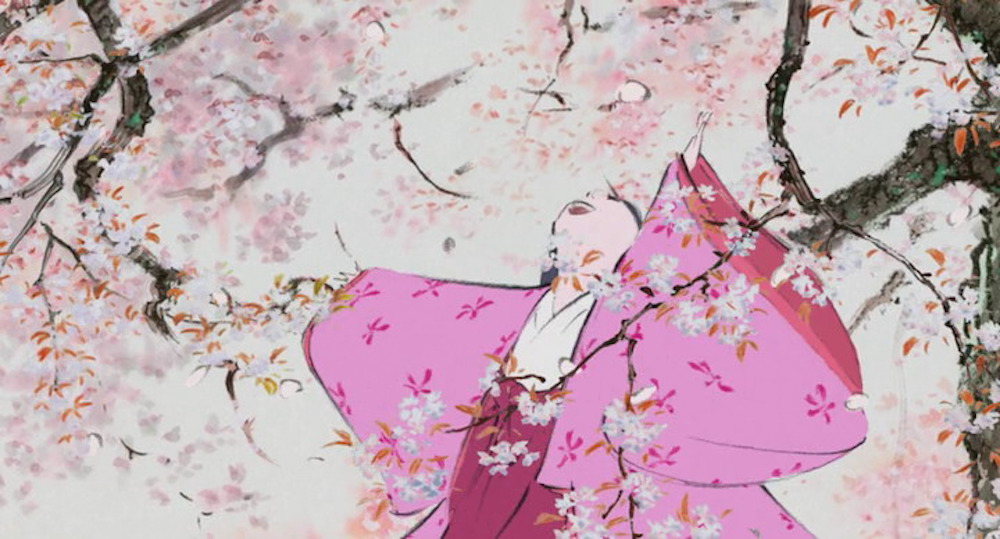 A tiny girl found inside a shining stalk of bamboo grows into an exquisite young lady who must face her fate. Based on the Japanese folk-tale, “The Tale of the Bamboo Cutter”, “The Tale of The Princess Kayuga” is the culmination of decades of contemplation by director and Studio Ghibli co-founder Isao Takahata.

Any we missed? Share your personal favourite anime films in the comments!