Itasha, those anime-themed automobiles, are eye-catching. Unlike most bland domestic automobiles on Japanese roads, if you saw one, you probably wouldn’t forget it.

On October 13 at around 5:00PM local time in Numazu City, a 79-year-old woman was hit as she crossed the street, causing her to fall and fracture her right wrist. The driver of the car allegedly did not stop and sped away. 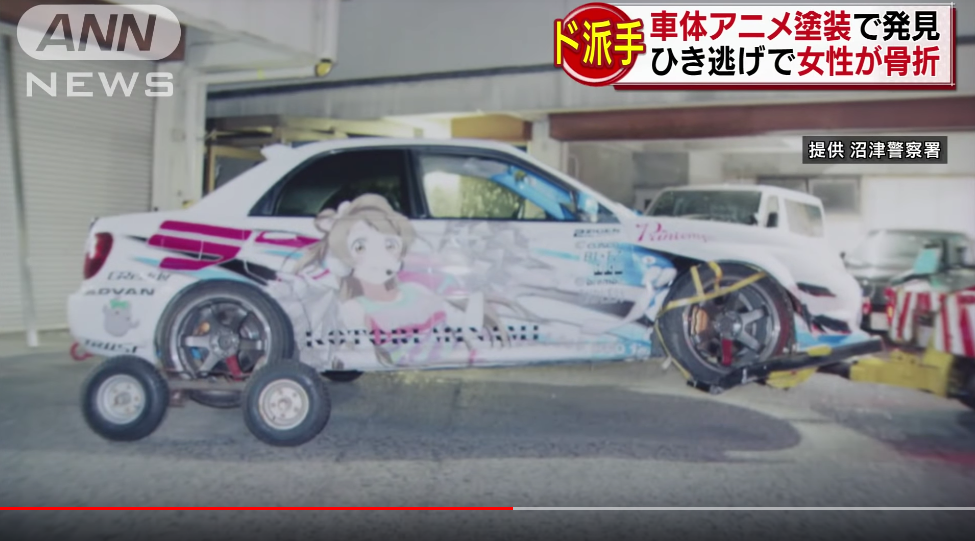 According to Yomiuri Online and ANN News, a witness called the police saying, “There was a girl drawn on the car.” Using that clue, police were able to apprehend the suspect in under an hour on the road several hundred meters away.

The suspect’s car was covered with Love Live Sunshine character You Watanabe. The anime takes place in Numazu, Shizuoka Prefecture, and many fans make a pilgrimage to the city, which is why the 23-year-old suspect, who hails from Ibaraki Prefecture, might have been in town.

Police have not discussed whether or not the driver has yet confessed to the alleged hit-and-run.