Battlefield V will launch on November 20 without its new battle royale or co-op modes, EA and DICE confirmed today. Instead, these highly-anticipated features, part of the game’s free Tides of War post-launch updates, will land somewhere between January and March, 2019.

While neither of these modes is technically “delayed,” since specific release dates hadn’t been announced, it’s a little surprising that they won’t come with the game at launch. 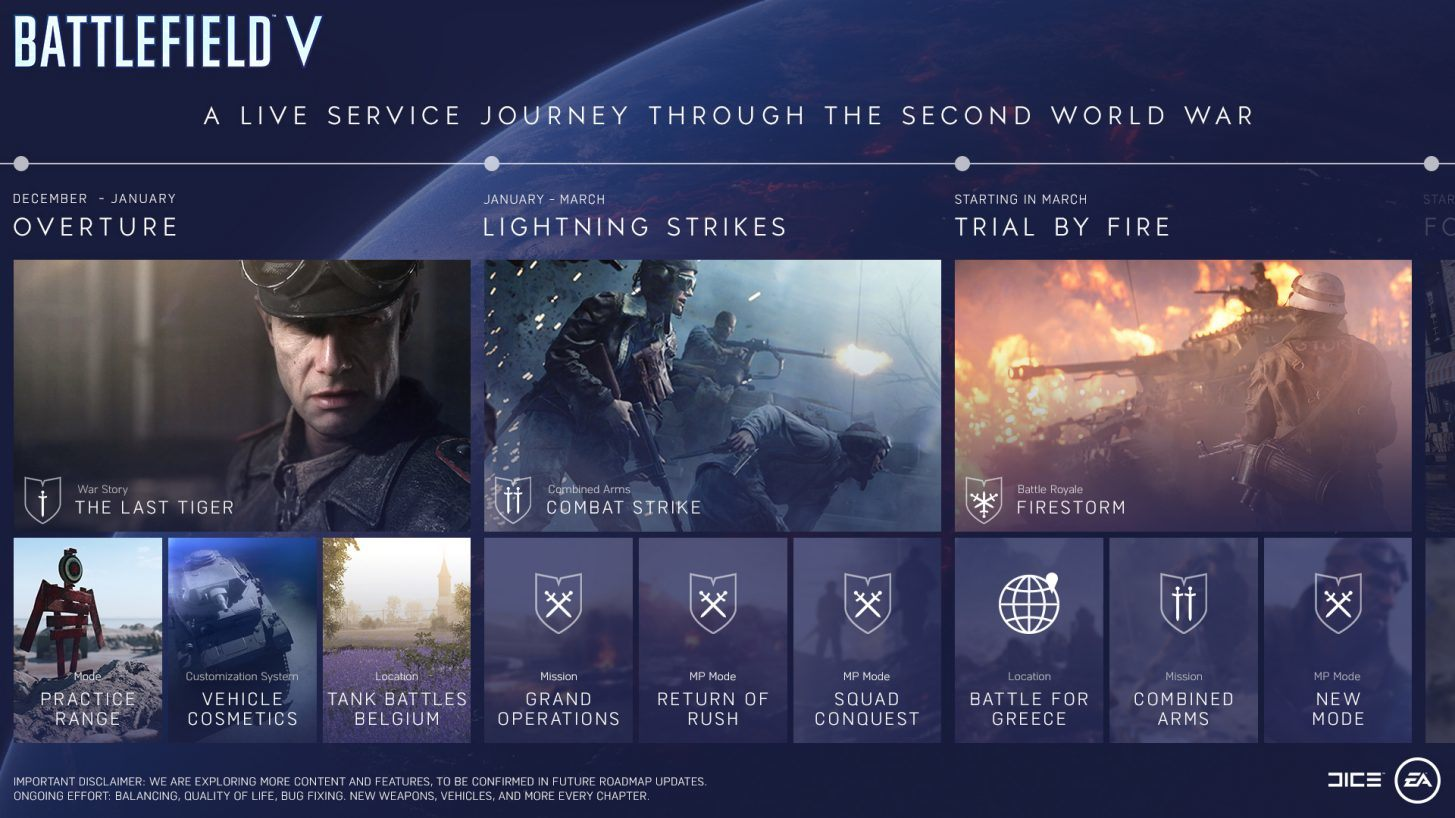 A trailer outlining details about the upcoming game from early September seemed to distinguish between the the game’s single-player, multiplayer, and battle royale modes, and its Tides of War “post-launch journey.”

While it never explicitly said the battle royale mode Firestorm would be in the game at launch, the way it was presented in the trailer certainly didn’t give the impression it was several months away. The Firestorm Ranger Set, a character outfit inspired by but not limited to the Firestorm mode, was also touted as one of the game’s pre-order bonuses.

It’s possible that Battlefield V’s Firestorm, which is being developed by Criterion Games, was never intended to launch alongside the rest of the game.

It’s also possible that EA had hoped to have Firestorm out before the end of the year but it simply wasn’t feasible to get all three pillars of the game – single-player, traditional multiplayer, and battle royale – all ready at the same time.

While updates to the game will begin within the first couple weeks of its release, Combined Arms, the game’s co-op story mode, is scheduled for sometime after January. Firestorm won’t be live until after March at the earliest.