On November 3, 2017, Call of Duty: WWII arrived to return the franchise back to its roots. It got off to one hell of a rocky start, but it’s improved quite a bit since launch. With Black Ops 4 arriving in just a few days’ time, let’s look back on how WWII fared after nearly a year of events and updates.

WWII’s campaign was a pretty solid World War II experience, focusing on history and themes of “brotherhood,” set in the European theatre of war between 1944 and 1945. Experiencing the war from the eyes of Private Ronald “Red” Daniels was unique enough to warrant a playthrough in a World War II setting that’s been covered many times before. But the campaign didn’t change over the year that followed.

It’s the multiplayer and Zombies portions of the WWII package that are much different, 11 months in.

Sledgehammer’s take on multiplayer pulled players away from what is commonly known as “the jetpack era.” I was ecstatic to be back on the ground with classic World War II guns in my hands, but the the developers’ bold changes to the familiar Call of Duty setting were accompanied by a hot mess of issues.

For the first time ever, Call of Duty players began their multiplayer sessions by loading into a Destiny-like social hub, which was designed to host up to 48 players. WWII’s ‘Headquarters’ offered a 1v1 dueling pit, a firing range to test guns, a place to open supply drops with your friends, and much more.

The social concept actually seemed really cool in the beginning. Unfortunately, the game’s launch had major server issues, and the social hub became a total pain to load into. It always seemed like one or more friends would freeze or black screen while trying to load into the Headquarters during a desperate attempt to party up for multiplayer.

In response, the social aspect of Headquarters was temporarily disabled by Sledgehammer, and you’d just boot into it alone. Headquarters became a very lonely place for quite a while. 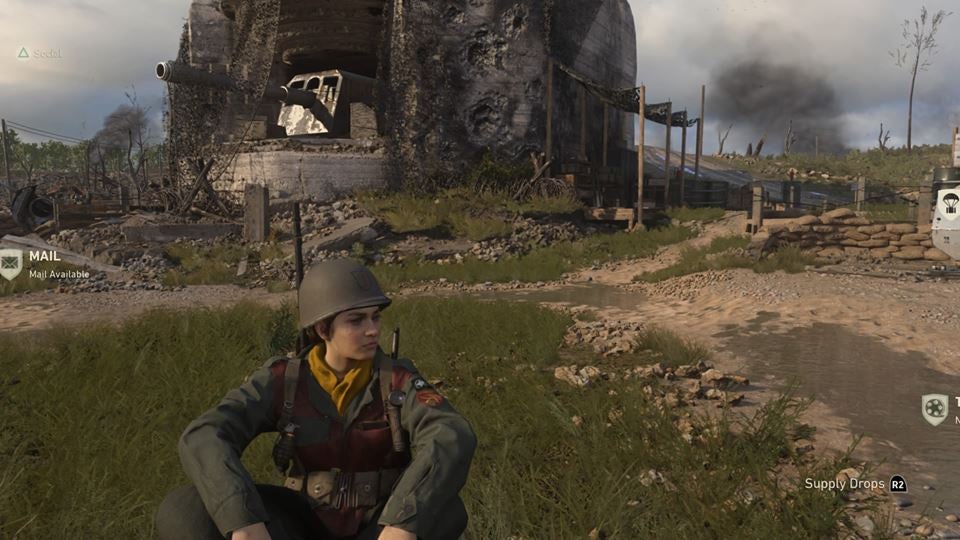 But even after the bugs were ironed out and it returned to being a multiplayer space, Headquarters was still more of a hindrance since the load times were terrible just to regroup or grab one daily item you needed. Sometimes, you’d invite a friend to join for a duel, but they wouldn’t even load into the same HQ as you.

Eventually, an update was added to allow players to party up and bypass the space all together. Now players really only need to go to the HQ to do specific things like prestiging or gun customisation.

My favourite thing about Headquarters was loading into the area during special, in-game events to see how the space was decorated. Christmas and other holidays got a really festive design, for example.

I don’t really visit there much these days. I do think the developers had a cool vision for the social space, but I’m not sure if we’ll be seeing Headquarters in future Call of Duty games.

WWII also changed up Call of Duty’s iconic perk system, and that change went over as well with the community as the broken Headquarters. Instead of the typical Create-a-Class, where players could select their preferred gun and perks of their choosing, players were forced to enlist into Divisions that each offered a specific selection of built-in perks for various playstyles.

For example, the Armoured Division was tailored for players who love toting light machine guns and launchers, giving them the option to use a bipod to post up and even reload those mammoth-sized machine guns faster, and Airborne was the only Division you could use if wanted to equip a suppressor on your weapon.

It all made sense in theory, but in practice the new setup could feel frustratingly limited.

On April 10, Sledgehammer made a major overhaul to Divisions. In keeping with WWII’s desire to bring back that classic Call of Duty feel, the game started with a limitation on how long players could sprint, making unlimited sprint an Airborne Division exclusive.

The update gave everyone unlimited sprint, which made the movement and pace of the game feel so much better. The Airborne Division also lost the exclusive rights to the suppressor attachment. 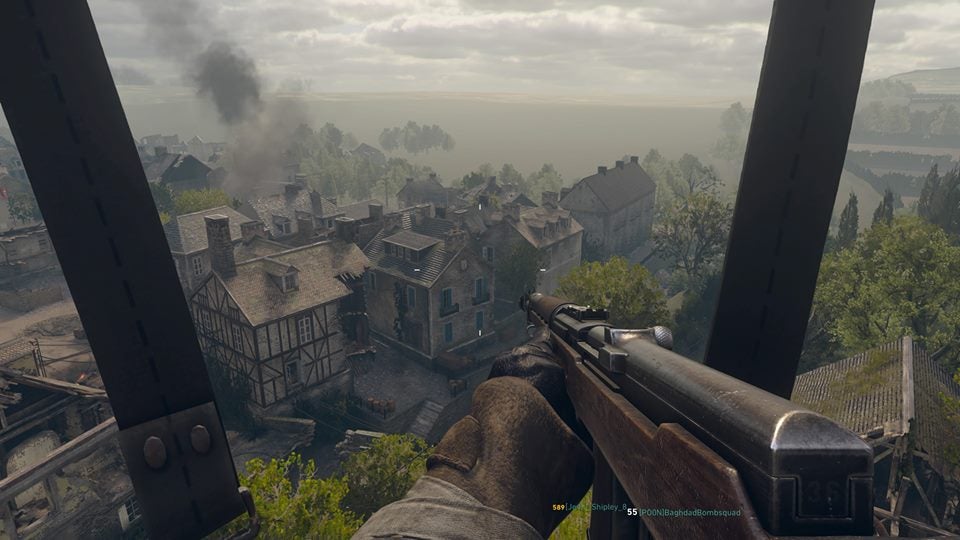 Three new Divisions were eventually added to spice up the playstyles. Resistance gave players the option to scramble enemy radars and sneak around the map. Cavalry added riot shields—I’d normally never use these, but I found myself really enjoying this Division’s support perks for objective play. Finally, Commando Division gave players a chance to be a paratrooper, with the ability to mark a respawn point and parachute down to the designated location after a death.

WWII also gave players the all-new War mode, allowing teams to fight as the Axis and Allied forces in a series of attack and defend objectives. War had such a strong focus on team-based, objective play, and I enjoyed playing despite the repetition of objectives.

The biggest beef with War was actually Sledgehammer’s decision to launch the game with three maps exclusive to this new mode, leaving a meager nine maps for the standard multiplayer.

Sledgehammer should’ve designed the large-scale War maps to work for standard multiplayer, too, giving players a portion of the map for at least a game of Team Deathmatch. Previous Call of Duty installments released with 12-16 standard multiplayer maps, so fatigue set in much quicker with WWII, and I always felt like I was playing just two or three maps every day. 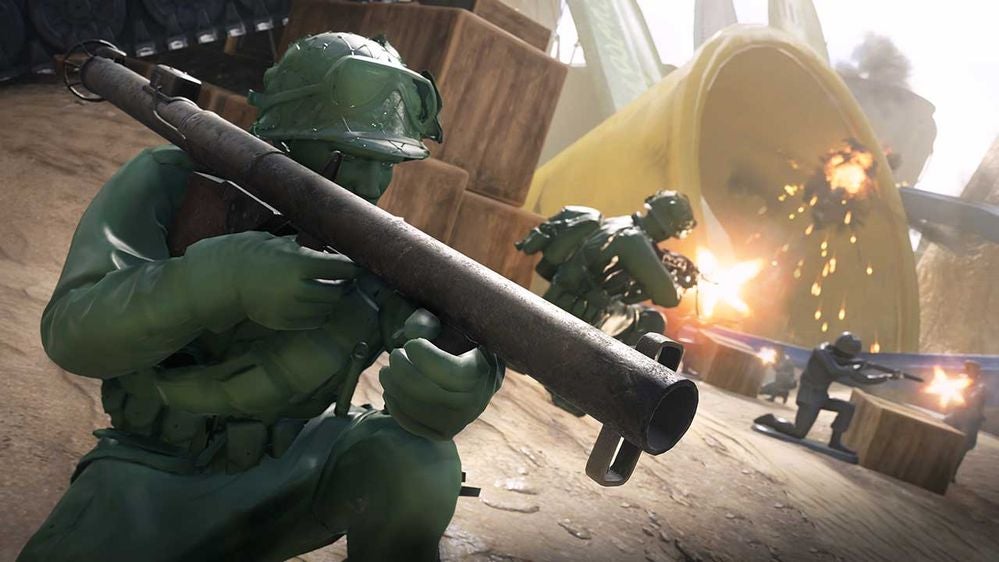 Free DLC maps were eventually added to help bump the map count for everyone. The free Winter Carentan map could be rather campy and frustrating for objective modes, but I really enjoyed the fun Sandbox map given in July.

The paid DLC maps, which are usually annoying since they split up the player base into haves and have-nots, were mostly a welcomed addition this time around, since it’s kind of hard to hate any new maps when you only had nine at the start. The Egypt map brought sun and sand to the fight, and the Sphinx of Giza was a welcomed change of scenery.

Most of the launch maps were on the smaller side, so I was happy that Anthropoid and Occupation had larger playing fields, making for better objective play. I also really enjoyed the small and snowy Stalingrad map from the United Front DLC.

One of the highlights of the War mode DLC was the introduction of aerial combat for Call of Duty multiplayer. Initially, the dogfighting was just one limited section of the Operation Husky War map, but the aerial combat was so well-received that Sledgehammer created a 6v6 Team-Deathmatch-style Dogfighting playlist for multiplayer. 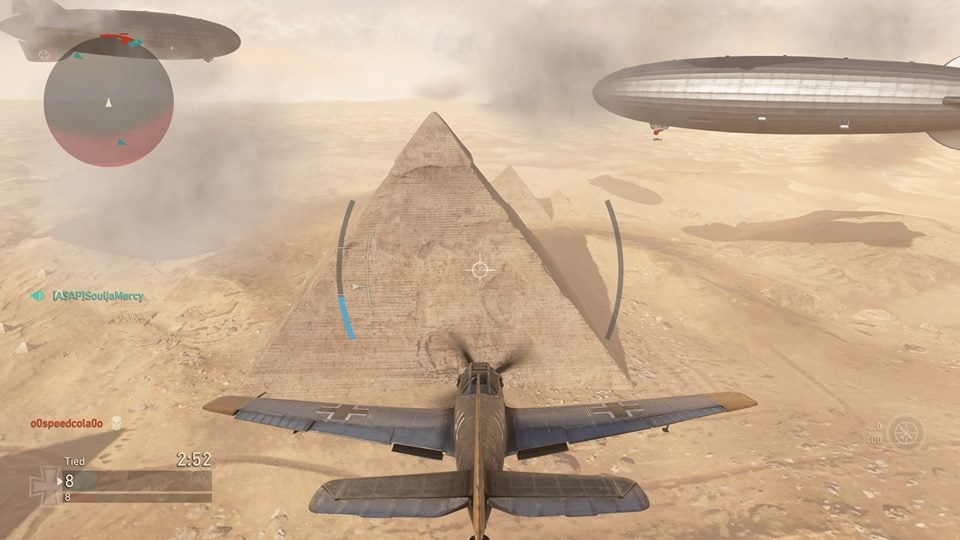 It’s just really disappointing the greater variety and map count came so late. Many of my die-hard Call of Duty friends had already burned out and moved on to other games like Fortnite before even trying the last two map packs they’d paid for with their Season Pass purchase.

Call of Duty fatigue usually doesn’t set in among my friend group until summer rolls around, but for WWII, it seemed like the lethargy set in much earlier.

There’s also the disappointment in delayed features, like the teased paint jobs creator or Master Prestige rewards that almost came too late.

I think Sledgehammer had a lot of interesting thoughts for multiplayer, but the ideas weren’t all executed properly, and some of the fun maps and events should’ve come sooner than later. One of my personal favourites was the Attack of the Undead event, which integrated zombies into traditional multiplayer modes in a way that really worked well, but I’m not sure how much of the player base was left to enjoy it when it finally launched at the end of May.

Overall, the flood of multiplayer issues at launch was especially disappointing given the three-year development cycle for Call of Duty games and feedback from the beta, and that probably damaged the game’s reputation.

My initial review held hope that this could’ve been a great year for Call of Duty if the issues were nixed promptly, but it feels like Sledgehammer didn’t pull the trigger fast enough on certain changes and multiplayer features to fully recover from the rough start. 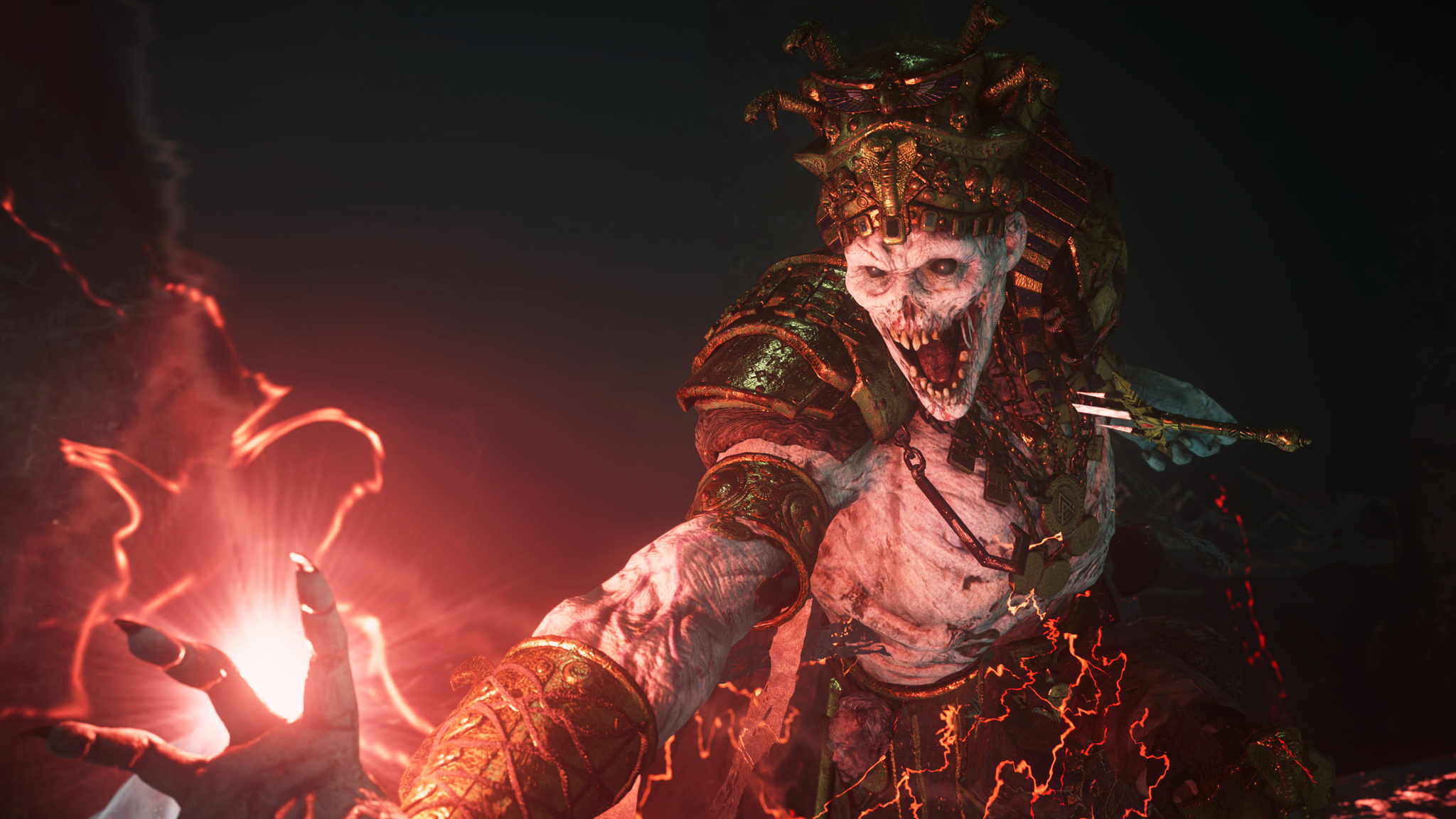 Sledgehammer also put its own spin on Zombies mode, going for a straight-up horror vibe with plenty of gore and jump scares. The Nazi Germany setting is paired with evil Nazi scientists trying to make monstrous super-soldiers. While the concept was fitting for Zombies mode, the maps were hit-or-miss.

WWII’s Zombies often lacked the charm and replay value of Treyarch’s Zombies modes, and I even found myself missing Infinite Warfare’s goofy take on the undead. But there were some really thoughtful elements that Sledgehammer brought to the game.

WWII Zombies started with a really cool prologue map that acted as a tutorial, and you could even enjoy some hidden Easter eggs there as well. While many players might be zombie-slaying veterans, I still think this was great bonus content for the mode. Casual Easter eggs were added to some of the maps in addition to the super-lengthy, hardcore quests, and there was a Notebook feature that could provide hints on your next step.

The most interesting piece of Zombies DLC came from the Tortured Path, which completely changed up the survival mode to more of a War-style progression of completing objectives.

I’d love to see future titles revisit this style of Zombies play, even for just one DLC map, to shake things up.

Overall, WWII Zombies brought innovation and made everything beginner-friendly without really taking away from the veteran experience. I think there just needed to be a little more charm and uh… life breathed into the undead mode in order to give more replay value. The only map that actually had me hooked was the unique challenge of the Tortured Path.

Call of Duty: WWII mostly delivered on its promise to get back to Call of Duty basics, and had some good ideas that worked well—once Sledgehammer was able to refine and fix them, that is. The problem is that these features didn’t launch in a good state, and it took a very long time for them to get to a more stable point.

These problems were likely exacerbated by the fact that WWII is a mostly-traditional Call of Duty released during the explosion of the Fortnite era, where gamers are expecting quality updates at faster rates.