Amanda Ripley, the daughter of Ellen, is back. Amanda occupies a strange, interesting little piece of the Alien canon. First mentioned in a cut scene from Aliens, Amanda was made the star of the original story of Alien: Isolation, the seminal 2014 video game that wove Ripley’s daughter into her mum’s xenomorph shenanigans.

Now, after that game’s cliffhanger ending, Amanda’s back. Recently, Dark Horse announced that Aliens: Resistance, a new four-part series written by Bryan Wood, with art by Robert Carey, colours by Dan Jackson, and lettering by Nate Piekos, will pick up with Amanda, telling a new chapter in her story.

It will, again, mirror her mum’s, as she gets roped into corporate conspiracies and a plot that ties into Dark Horse’s previous comic in the universe, Aliens: Resistance.

Now, in Aliens: Resistance, Ripley is kept silent by Weyland-Yutani now that the xenomorph threat has been brought to light. But when Zula Hendricks, the Ex-Colonial Marine from Aliens: Defiance, arrives in need of Ripley’s help to expose a sinister bio-weapons program, the duo teams up to lead a resistance against an upgraded arsenal designed to keep the darkest atrocities secret!

Sounds pretty cool, honestly. Amanda, cast in the shadow of a mum she doesn’t know, is a fascinating character, and she deserves a more prominent place in the still-expanding canon than she’s gotten as of yet.

The first issue of Aliens: Resistance will hit January 2019, and check out the cover, drawn by Robert De La Torre, below. 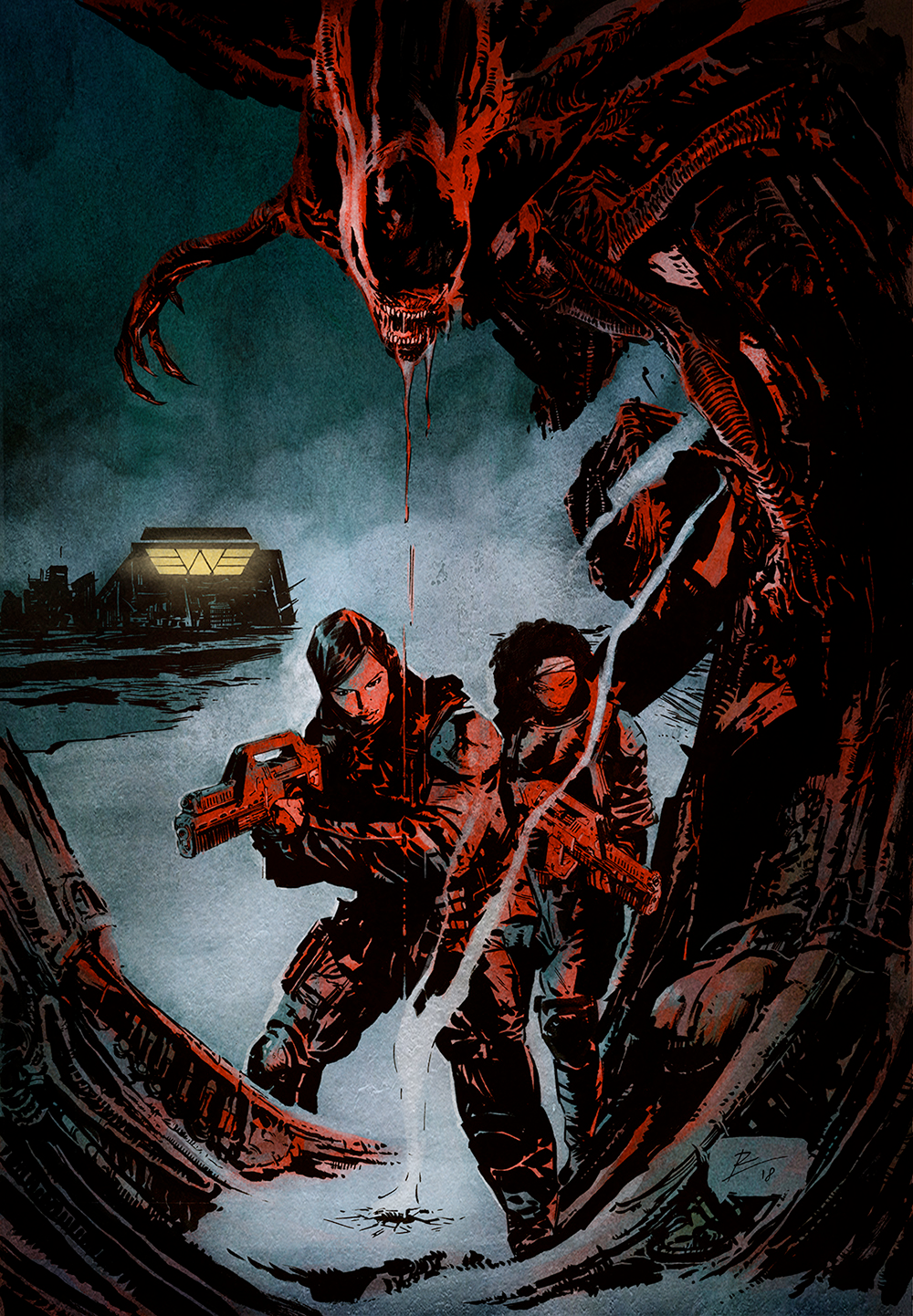