While Animal Crossing made its debut in Australia with the eponymous game on the GameCube in 2003, the series started out two years earlier in Japan, first on the Nintendo 64 and then the Gamecube in 2001.

While there are only a few differences between the two games, looking at early English language press materials for the first version show an early glimpse at how the game looked. Spoiler alert: It was super cute.

The Japanese release of Animal Crossing was called Dobutsu No Mori, which translates to “Animal Forest”. Its 2001 Japanese Gamecube re-release had a couple of changes, including the ability to design clothing. That re-released version was what made it to the West.

According to these English language press materials dug up by John Ricciardi, co-founder of localisation company 8-4 Ltd., Nintendo was boasting that the original Dobutsu No Mori for Nintendo 64 was a “completely new concept in communication software” prior to launch. 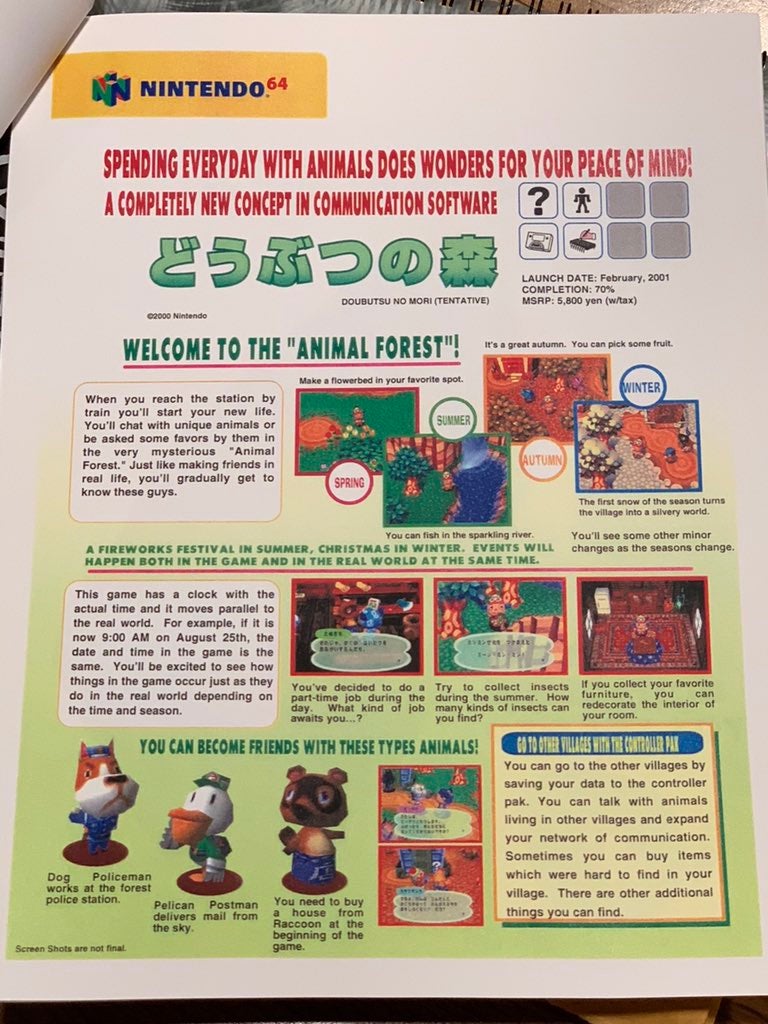 Ricciardi said in his tweet that this packet got handed out to the foreign press at Spaceworld in 2000. This document says that the game was still only 70 per cent complete at that point, which may explain why Copper, Pete and Tom Nook are called Dog Policeman, Pelican Postman and Raccoon here.

Even though Australians would never see this game, it’s nice to know that its pleasant, slow approach to life was all there in the beginning. Even in this early stage, there’s something distinctly Animal Crossing about the inclusion of a bullet point that describes making friends with other characters as being “just like real life”.