It’s that magical time of year when we all indulge in the thrill of letting ourselves be spooked and alarmed by the things that go bump in the night and this week’s best new comics are all tailor-made to get at the heart of some of the things that scare us the most.

For many people from Earth, making first contact with alien lifeforms would be understandable cause for alarm. But for Sasha Balodis, the hero of Aftershock Comics’ The Last Space Race from writer Peter Calloway and artists Alex Shibao and Nátalia Marques, it’s the best news in the world.

Balodis is the kind of ridiculously rich technology tycoon who, after weathering a tragic personal loss, finds new purpose in life when he’s contacted by the US government to participate in the country’s plans to rendezvous with the unidentified object that’s hurtling towards the Earth.

But like his newfound teammates, Balodis is keenly aware of the fact that the plan to head the object off is a one-way mission and The Last Space Race at least partially implies that, on some level, that‘s the reassurance that pushes the comic’s hero to embark upon his journey.

He’s excited at the prospect of the mission, but he knows that he’s racing towards something of an easy way out that would allow him to escape from the psychological demons haunting him back home. (Peter Calloway, Alex Shibao, Nátalia Marques, Aftershock Comics) 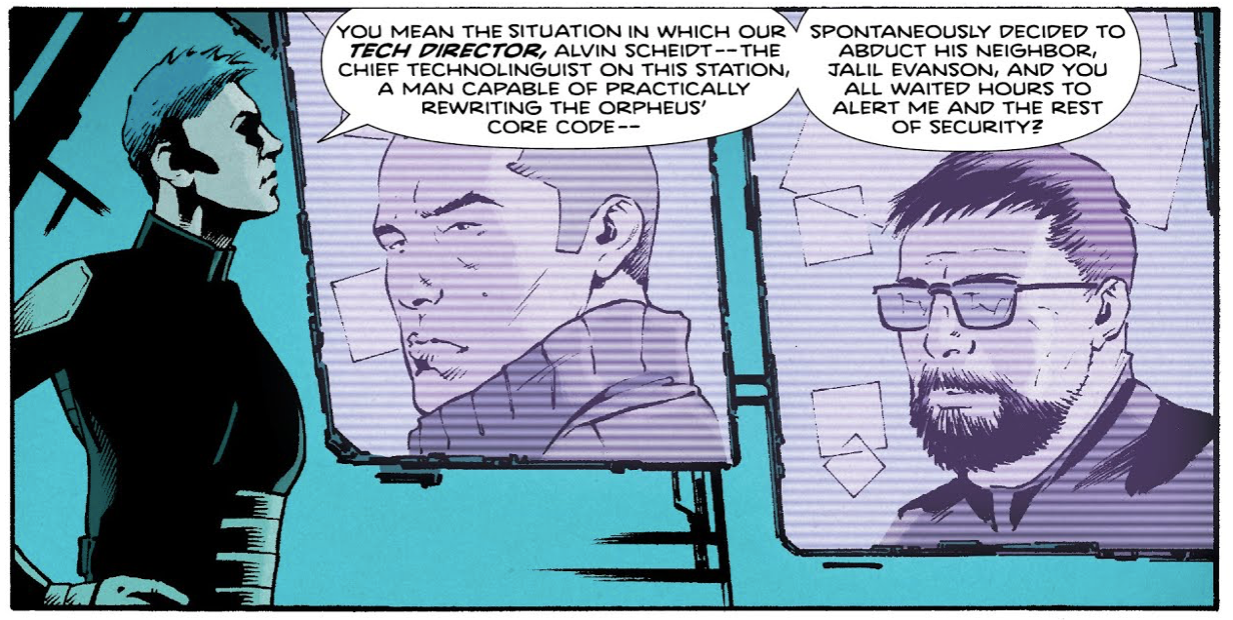 Even if we somehow manage to completely stop climate change from plunging our world into chaos and create sustainable societies designed to support the planet’s population, at some point the human species is most likely going to be wiped out along with everything else in the universe by way of heat death.

Image Comics’ Infinite Dark — from writer Ryan Cady and artists Andrea Mutty and K. Michael Russell — imagines a future in which humanity, desperate to survive the impending second Big Bang, has managed to build The Orpheus, a ship capable of supporting life that’s meant to be the last place we can call home.

While there are some 2000 aboard the ship, billions of others are racing towards their salvation just as the rest of the universe is collapsing in on itself. Tragically, none of the other ships are able to escape the ever-encroaching void of space that snuffs out every single star and crushes every planet, and those aboard the Orpheus resign themselves to, well, being it.

Life aboard the Orpheus is manageable and relatively peaceful, but the ship’s crew is put on red alert with the very first murder to ever take place there suddenly forces everyone to realise that they might not be as safe as they believe. (Ryan Cady, Andrea Mutty, K. Michael Russell, Image Comics) 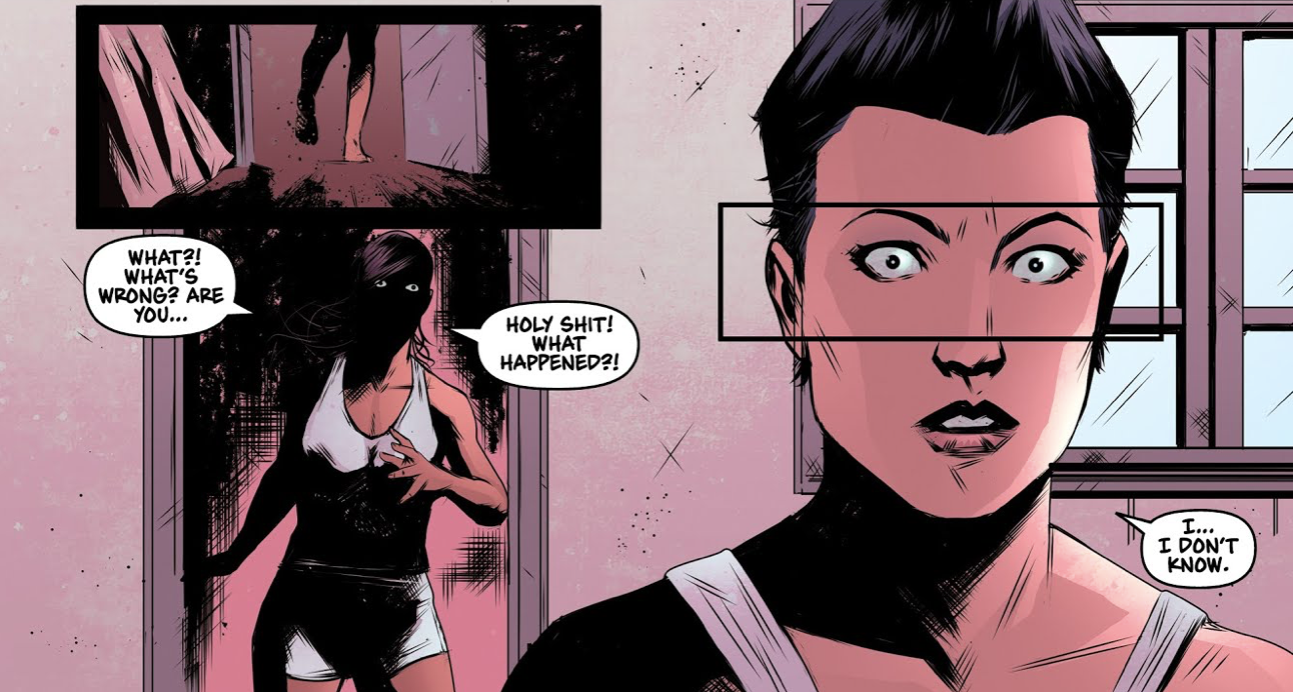 Michelle and Sam realising that there might be something else lurking in their house. (Image: Maan House, Dee Cunniffe, Black Mask Studios)

At some point in every new relationship, there comes a time when you end up telling your current significant other about the person you were with before. For some, that conversation comes relatively early on.

But for Michelle and Sam, the heroines of Black Mask Studios’ Devil Within — from writer Stephanie Phillips and artists Maan House and Dee Cunniffe — it comes a little later and rather unexpectedly. When Michelle is served with a restraining order by her ex-girlfriend Melody, she has to tell Sam about their brief fling that ended terribly.

According to Michelle, Melody was a clingy, possessive person who couldn’t accept that their relationship wasn’t going to work out and the restraining order is a form of retaliatory harassment. Sam isn’t entirely convinced and feels the need to put some space between herself and Michelle.

Though the women want and need to heal their relationship, their plans are suddenly derailed when they both realise that the odd happenings around the house — curious reflections, slamming doors — aren’t just weird coincidences, they’re manifestations of an evil presence trying to tear them apart. (Stephanie Phillips, Maan House, Dee Cunniffe, Black Mask Studios)