When he’s not giving us our first look at the latest in Spider-Man movie fashion, Jimmy Kimmel’s apparently taken to just showing up in Marvel comics now. But from cover to subject matter, the late night host’s upcoming superheroic appearance is actually a callback to a former Avengers/talk show collaboration.

Marvel has confirmed that Kimmel will make an appearance in the fourth issue of the delightful West Coast Avengers, by Kelly Thompson, Stefano Caselli, Tríona Farrell, and Joe Caramagna, set to release next month.

In an ongoing quest to successfully establish a new band of West Coast superheroes while pretty much literally everyone else guards Marvel America’s Eastern shores, Kate Bishop will bring her unruly team of unlikely pals to Jimmy Kimmel Live! for a sit-down interview that, judging by the released preview art, doesn’t go all that well for poor Kate: 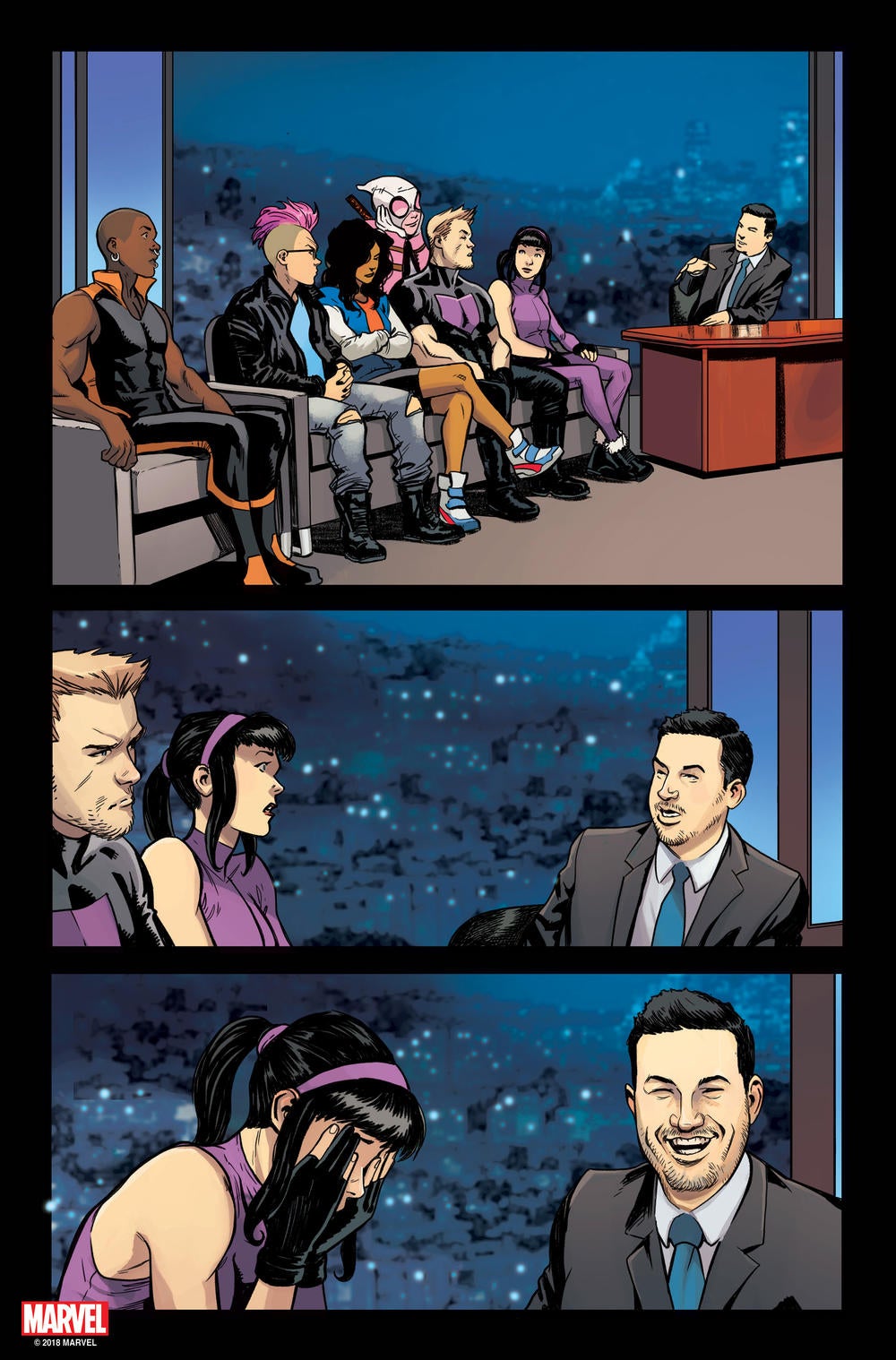 Oh dear. But as weird as it might seem at first, this isn’t actually the first time Marvel Comics has visited the world of late night TV. In fact, the Avengers themselves famously had a storyline in Avengers #239 — the cover of which is referred to in West Coast Avengers #4’s newly-unveiled variant by David Nakayama — where Wonder Man roped a bunch of his former Avenging pals (including Clint Barton, making him two-for-two in Marvel late night interviews!) to appear on The Late Show with David Letterman in order give his acting career a boost.

It was weird — a villain showed up, of course, and David Letterman inadvertently saved the day by clubbing said villain over the head with a giant doorknob: 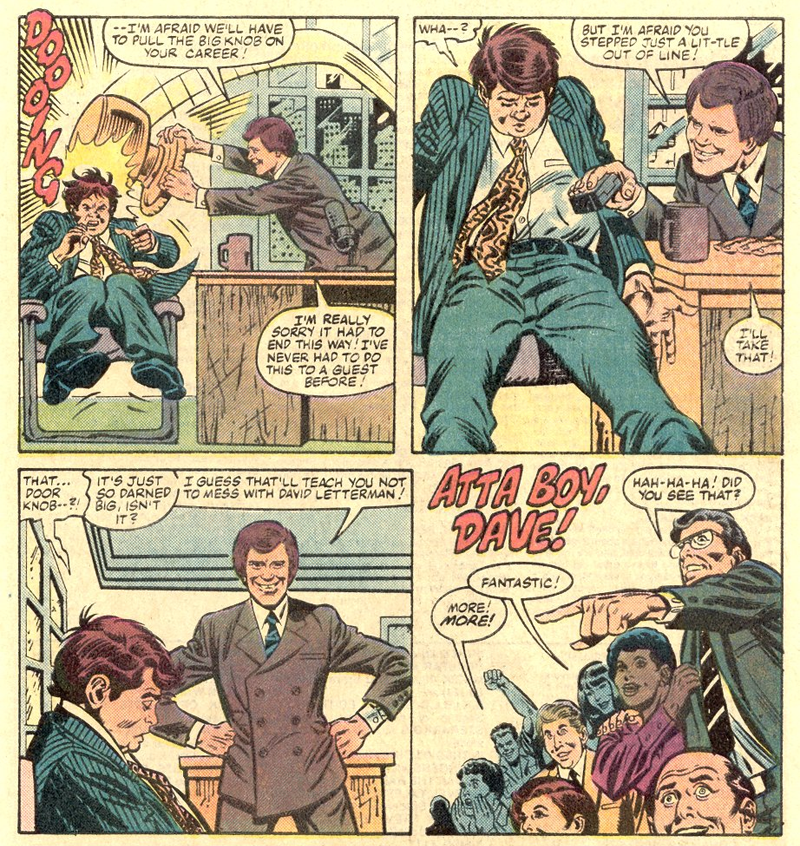 I guess that will teach us not to mess with Letterman. (Image: Al Milgrom, Joe Sinnott, Christie Scheele, and Jim Novak, Marvel Comics)

Yeah. That time around, Letterman’s show was preempted by a national news alert, meaning the Avengers’ appearance never made it to broadcast, much to Wonder Man’s chagrin. Maybe the West Coast Avengers will fair a little better when they show up on Kimmel in West Coast Avengers #4, which hits shelves November 21.