You know Meltan, the weird little hex-headed mythical Pokemon that started showing up in Pokemon GO last month? That isn’t even its final form. Get enough Meltan together and they merge to form the massive Melmetal.

In the latest Meltan Research Update on the official Pokemon YouTube channel, Professors Willow and Oak witness the evolution of Meltan firsthand. A horde of the liquid metal critters ooze together into a solid mass, becoming a much more impressive mythical Pokemon.

From the official announcement:

Melmetal was worshiped in ancient times as a Pokemon with the power to create metal. Because of its Evolution from Meltan, its body has hardened and is now incredibly sturdy. Melmetal is made of liquid metal, and its flexible arms can be whipped forward to deliver a devastating punch. It can also execute a powerful, unique Steel-type physical move known as Double Iron Bash. By using the hex nut in its chest like an axle to spin its arms around, Melmetal can deal a double strike to its opponent. The weight of the heavy hex nuts on its arms combined with the spinning motion gives the Double Iron Bash move extraordinary power. 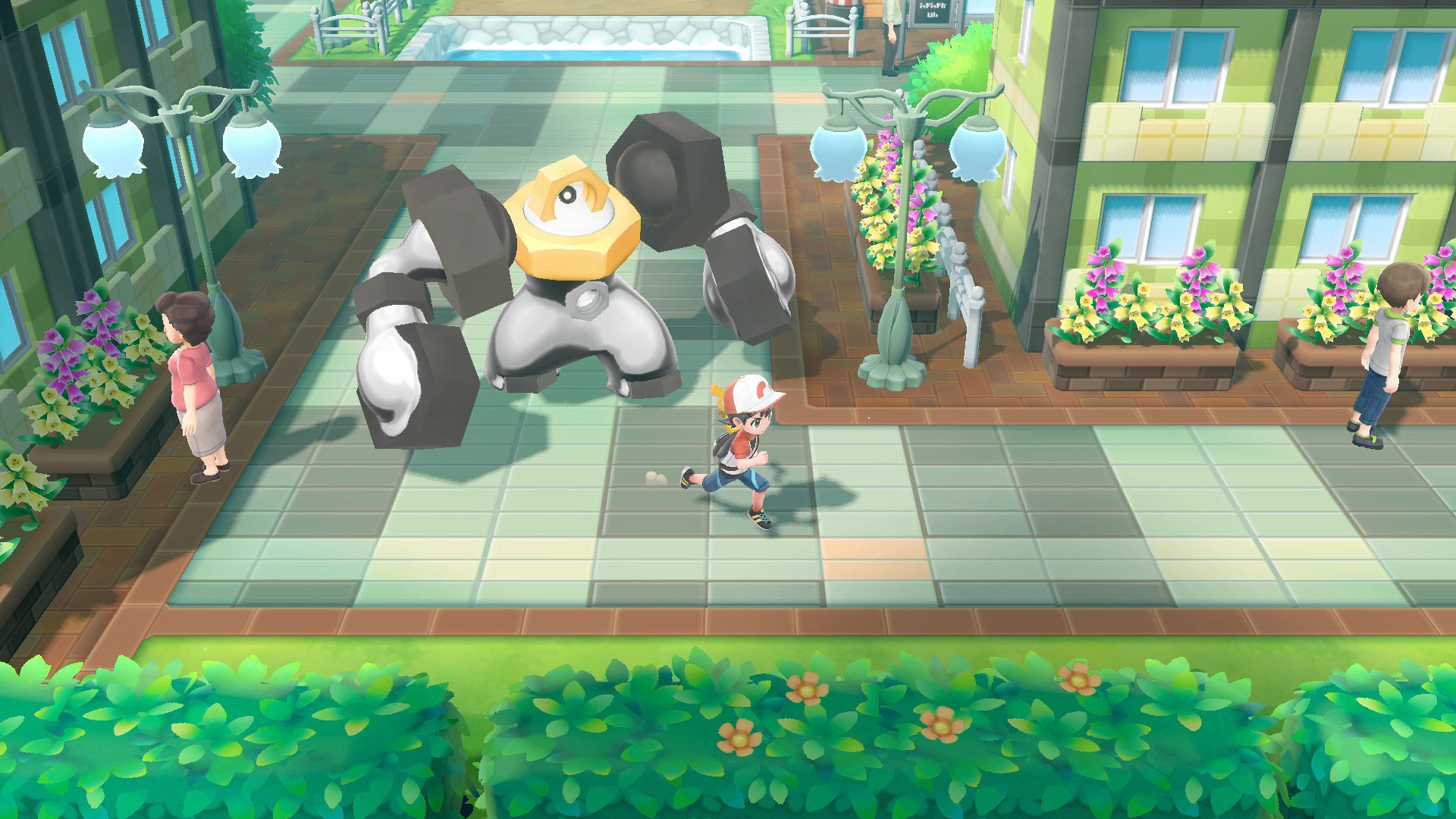 Transfer Melmetal from Pokemon GO to the new Switch games, and he becomes your big metal buddy, and no one will f*** with you ever.

Note that The Pokemon Company is calling Meltan the first mythical Pokemon that evolves. Sounds like a statement that opens the Pokedex for more mythical metamorphoses, doesn’t it?