Only One Of These Fortnite Action Figures Is Super Cuddly

Available for pre-order today at Thinkgeek, McFarlane Toys’ Fortnite collectible figures capture some of the game’s most iconic skins as huggable seven inch articulated works of art. OK, one is slightly more huggable than the others.

For such a competitive game, one would think I’d be drawn to the rare Black Knight or Skull Trooper skinned figures, or the G.I. Joe charm of the shovelling Raptor. But no, the $US25 ($35) figure I crave the most is the pink and fuzzy leader of Cuddle Team.

Each figure retails for $US25 ($35), comes with multiple accessories and features more than 18 points of articulation. 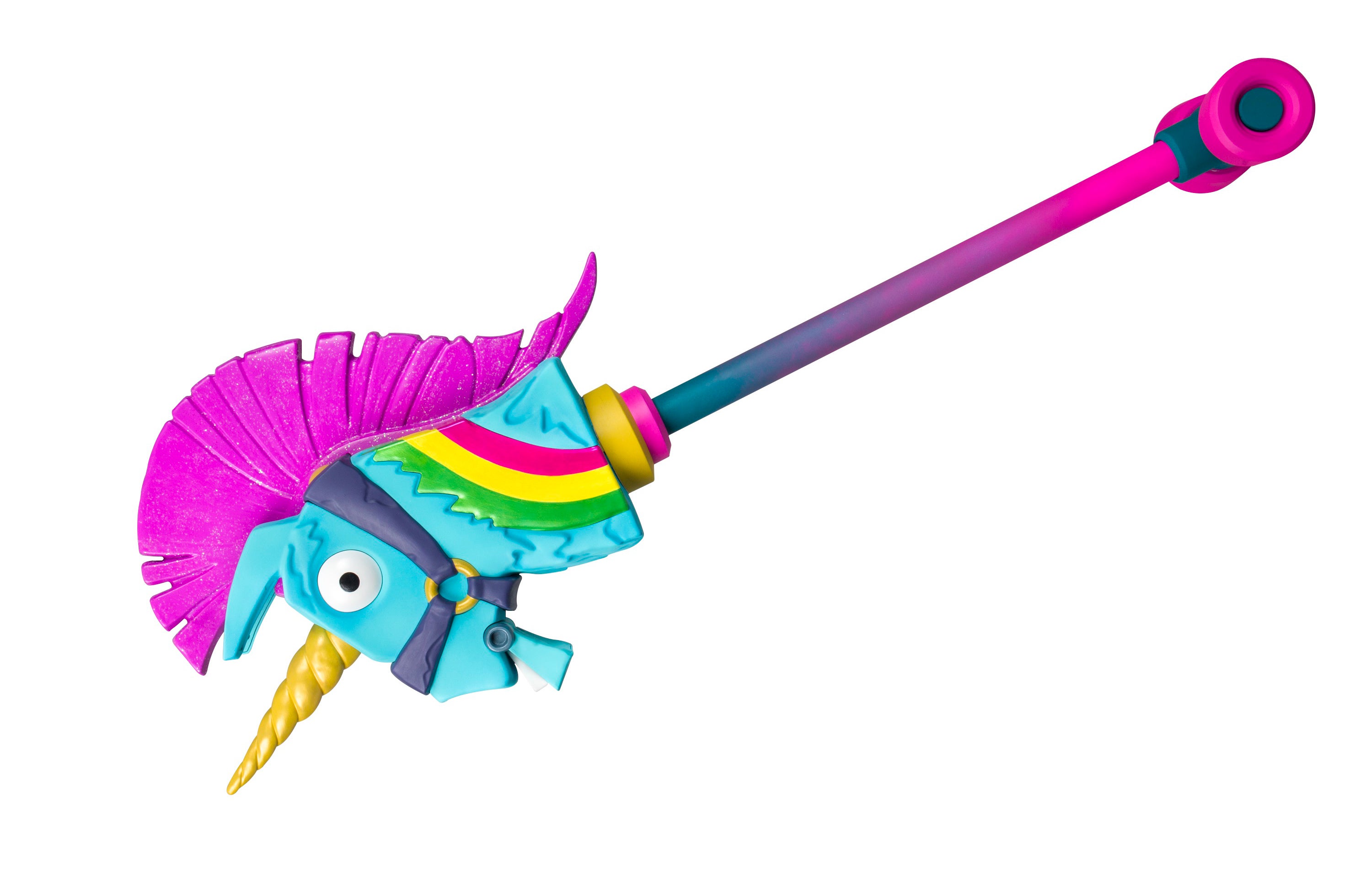 … ThinkGeek is also selling this beautiful thing. It’s 99cm long with real spinning wheels and palpable menace, all for $US50 ($71).

The figures and magical pony weapon are up for preorder starting today on Thinkgeek, which means they’ll eventually show up in stores.