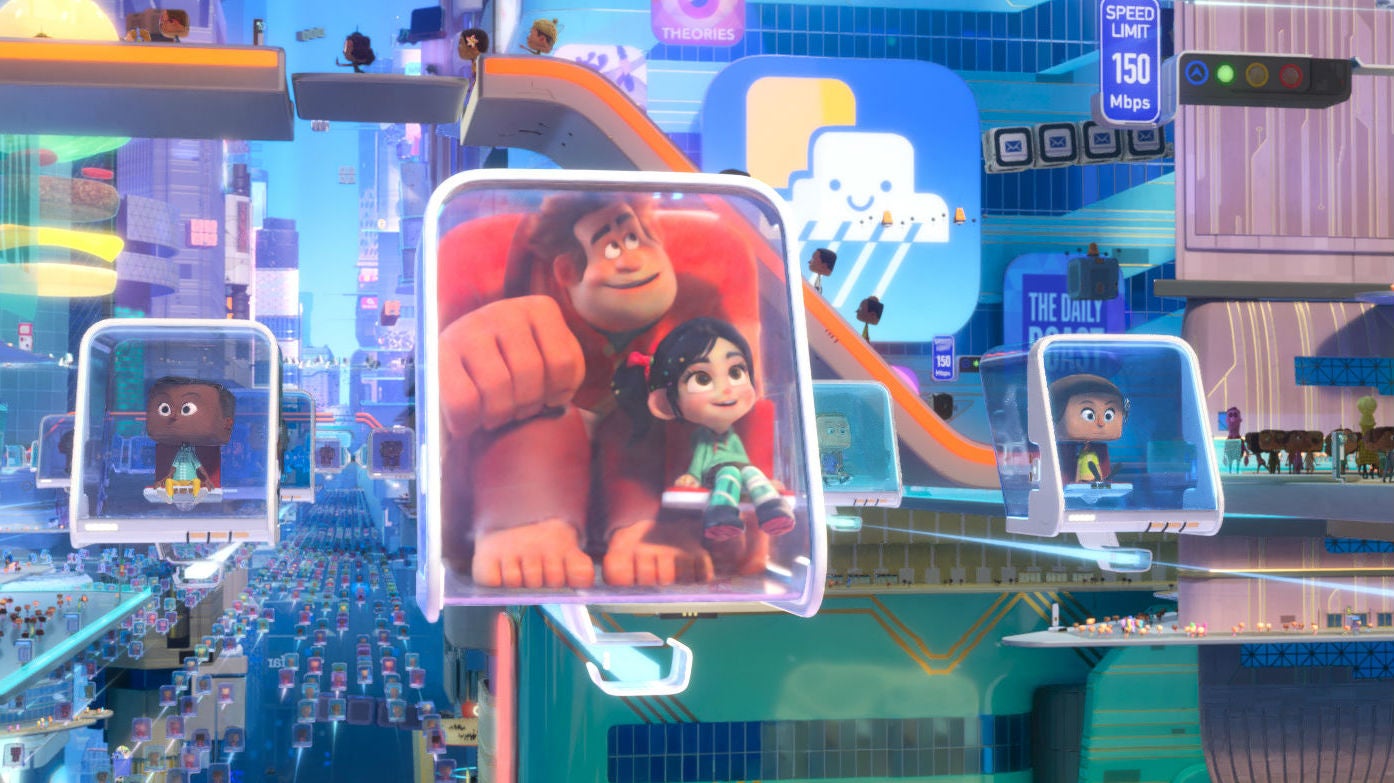 Ralph and Vanellope enter the Internet in Ralph Breaks the Internet. (Photo: Disney)
To sign up for our daily newsletter covering the latest news, features and reviews, head HERE. For a running feed of all our stories, follow us on Twitter HERE. Or you can bookmark the Kotaku Australia homepage to visit whenever you need a news fix.

Before an animated Disney movie comes to theatres, the whole movie gets made and remade. A lot. On Disney Animation’s latest film, Ralph Breaks the Internet, 10 different versions of the film were screened internally before the final one was settled on.

The final film consists of 45 sequences, which were selected out of 153 sequences that were created. And to get to those 153 sequences, 7,883 versions of those sequences were considered, made up of 283,839 total storyboards.

All of that, of course, is to make sure the movie that hits theatres November 21 is the best possible movie the filmmakers could make.

But what gets thrown out? How much does it change? A few months back, io9 was at Disney Animation Studios to learn more about Ralph Breaks the Internet, and Josie Trinidad, the head of story on the film, revealed the plots of two completely different versions of the film.

In the film as you’ll see it in theatres, Ralph and Vanellope go into the internet to get a missing part for her game, Sugar Rush. However, they spend a little too much money on it and Ralph decides to make a viral video to recoup that money. (Read more details on all of this at this link).

That, however, is not how things began.

“There was a moment early on when it was actually Vanellope who was getting sucked up into the internet,” Trinidad said. “She had her own website, vanellope.com, she was giving a TED talk and Vanellope kind of changed.”

In that version, Ralph went to jail because he thought you had to be a virus to go viral. There he met Knowsmore, a broken search engine, and the two characters broke out of jail together. 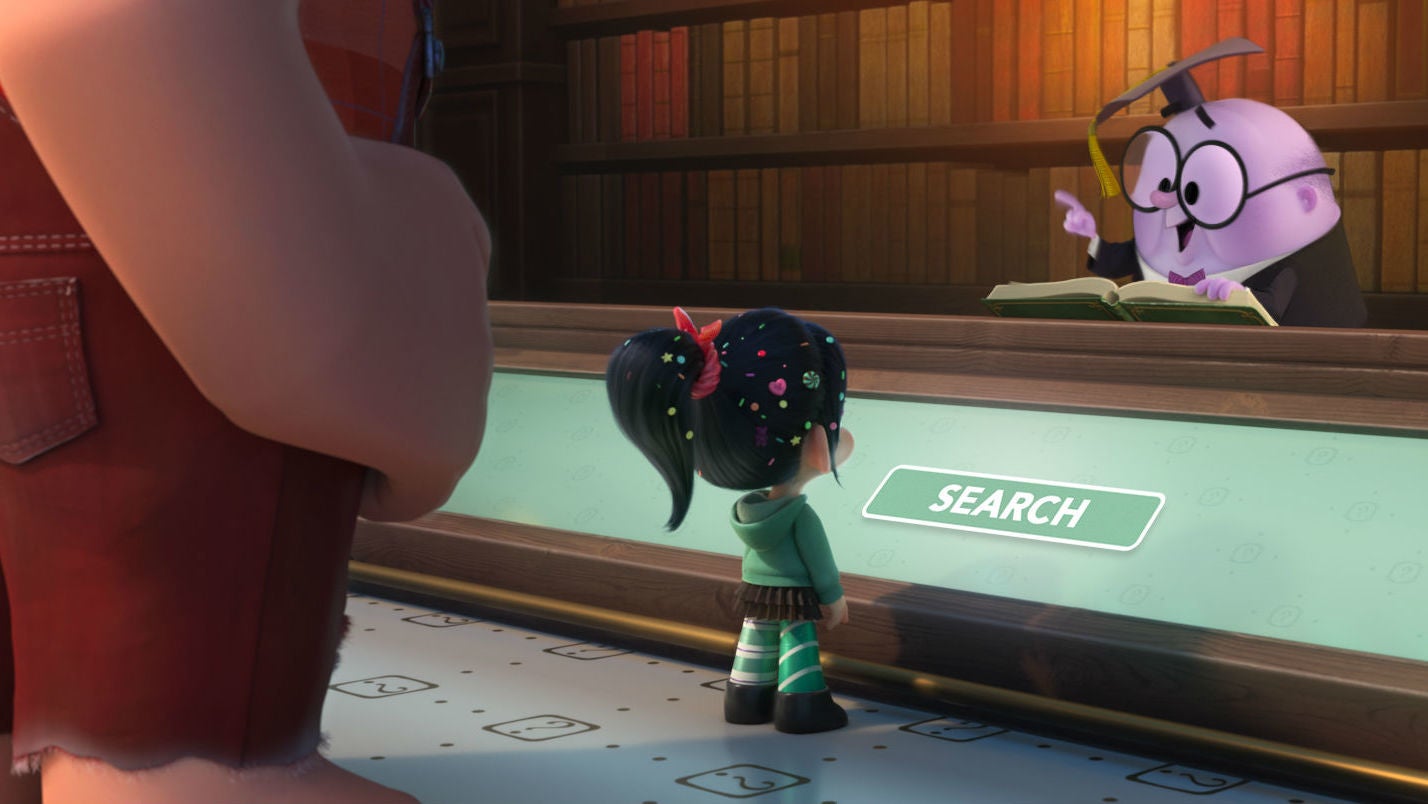 Vanellope talks to the search engine Knowsmore, who is still in the movie but in a different capacity. (Photo: Disney)

“So there was a version where Ralph and Knowsmore were partnered up and they were in search of Vanellope—who was changing dramatically, going from the Vanellope that we know to this dolled up internet celebrity, and forgetting who she was,” Trinidad said.

Another version flipped that and it was Ralph who became a famous internet celebrity. “In that version, we had a villain,” Trinidad added. “There was this internet super cop villain, like McAfee or Norton AntiVirus, called Bev.”

But in the end, whether it was Ralph who was the celebrity or Vanellope, neither of those scenarios worked because it got away from what everyone realised was truly the center of the story.

“We realised this is a story of two friends who come from a small town, they go to the big city, one loves it, the other [doesn’t]. They realise they have two different journeys ahead, and can they reconcile that?” Trinidad said.

“Will their friendship last or will it be torn asunder? That’s the [story] we’re trying to tell with this, not those other versions.”

The answers are coming on Boxing Day.