Red Dead Redemption Is All About Failure

playstation 3red dead redemptionred dead redemption 2rockstar gamesxbox 360xbox one
To sign up for our daily newsletter covering the latest news, features and reviews, head HERE. For a running feed of all our stories, follow us on Twitter HERE. Or you can bookmark the Kotaku Australia homepage to visit whenever you need a news fix.

Red Dead Redemption released 11 years ago and remains a triumph. The tale of John Marston’s failure might be Rockstar’s finest story.

This story originally appeared in May 2017.

A spiritual sequel to 2004 shooter Red Dead Revolver, Red Dead Redemption traded curated levels for a vast open world. The wild west setting was distinct, full of warm sunlight and boundless plains that made it exciting to navigate. But it wasn’t the gunfights, the horses, or the various side activities that made the game great. It was the story itself.

Seeking to rescue his wife and son from the clutches of the government, former outlaw John Marston sets out to take down members of his old gang. The first thing he does is get shot right in the chest as he tries to negotiate their surrender to the government.

It’s a moment that sets the tone for the entire game. Red Dead Redemption often appears humorous and bombastic but the core is somber. Its people are fragile, protagonist flawed, and world ruled by failure. Nothing lasts and Red Dead Redemption’s strength comes in the acknowledgement of that fact.

It starts when John hunts down a compatriot in Mexico. Joining up with the revolutionary Abraham Reyes and learning some gunslinging lessons from the retired lawman Landon Ricketts, John helps bring a regime change to the country. But Reyes’ fickle nature and propensity towards violence lurks beneath his populist persona, signalling a future that might look no better than what’s in the past.

When John confronts his former mentor Dutch van der Linde, his old comrade warns that “We can’t fight nature. We can’t fight change. We can’t fight gravity.” This is fading of an age and Dutch’s words come to pass when the government that John once aided comes to to assault his homestead. He sends his family away and walks to his death. One last showdown against dozens of men who shoot him dead.

History repeats in Red Dead Redemption but it paradoxically marches onward. A sense of historical progress is present in the mechanics as much as narrative. It is found in the player’s ability to kill all the game’s buffalo. It is expressed in the way that revolvers slowly fade from importance and the player acquires a modern pistol. It is ultimately found when John dies and players take control of his son Jack. Very little changes mechanically; there are more animals to hunt, still plenty of guns to fire, and a Marston to control. But nothing remains the same.

And so, Red Dead Redemption poses a question: if the ages will fade and if death comes for us all, what can we do? John Marston provides the answer. You can take a deep breath, step forward, and go down shooting. The world will grind you to dust but you can still give it a black eye before it does. 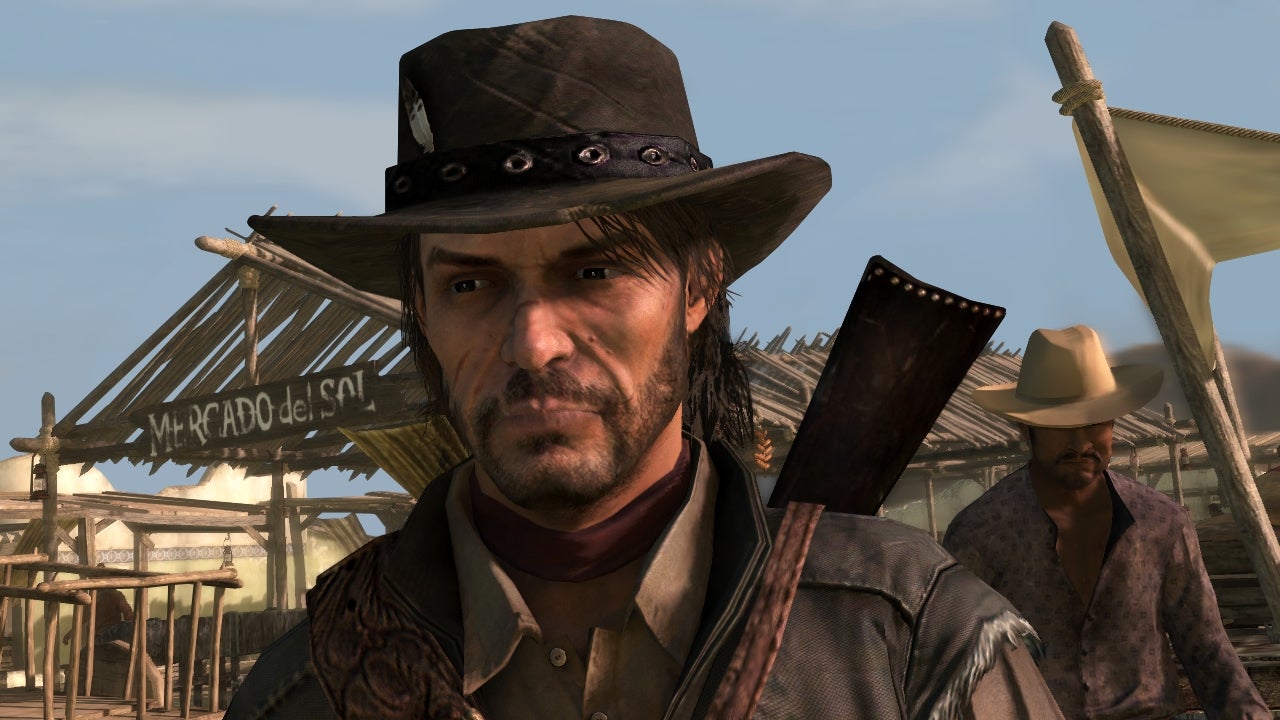 Rebellion is only a moment in Red Dead Redemption. The titular redemption is individual. John finds it when he walks out to face it fate, even as his son Jack turns to a life of crime that his father never wanted. But the moment matters. It is proof positive that solace can be found in the face of overwhelming power, that meaning can be made even as the world leaves you behind.

Red Dead Redemption succeeds where other Rockstar games fail: it has heart. The shooting and riding and card games all build to a singular point with a powerful thesis. There is tragedy and the cycle of violence will continue but there will always be a chance for redemption.